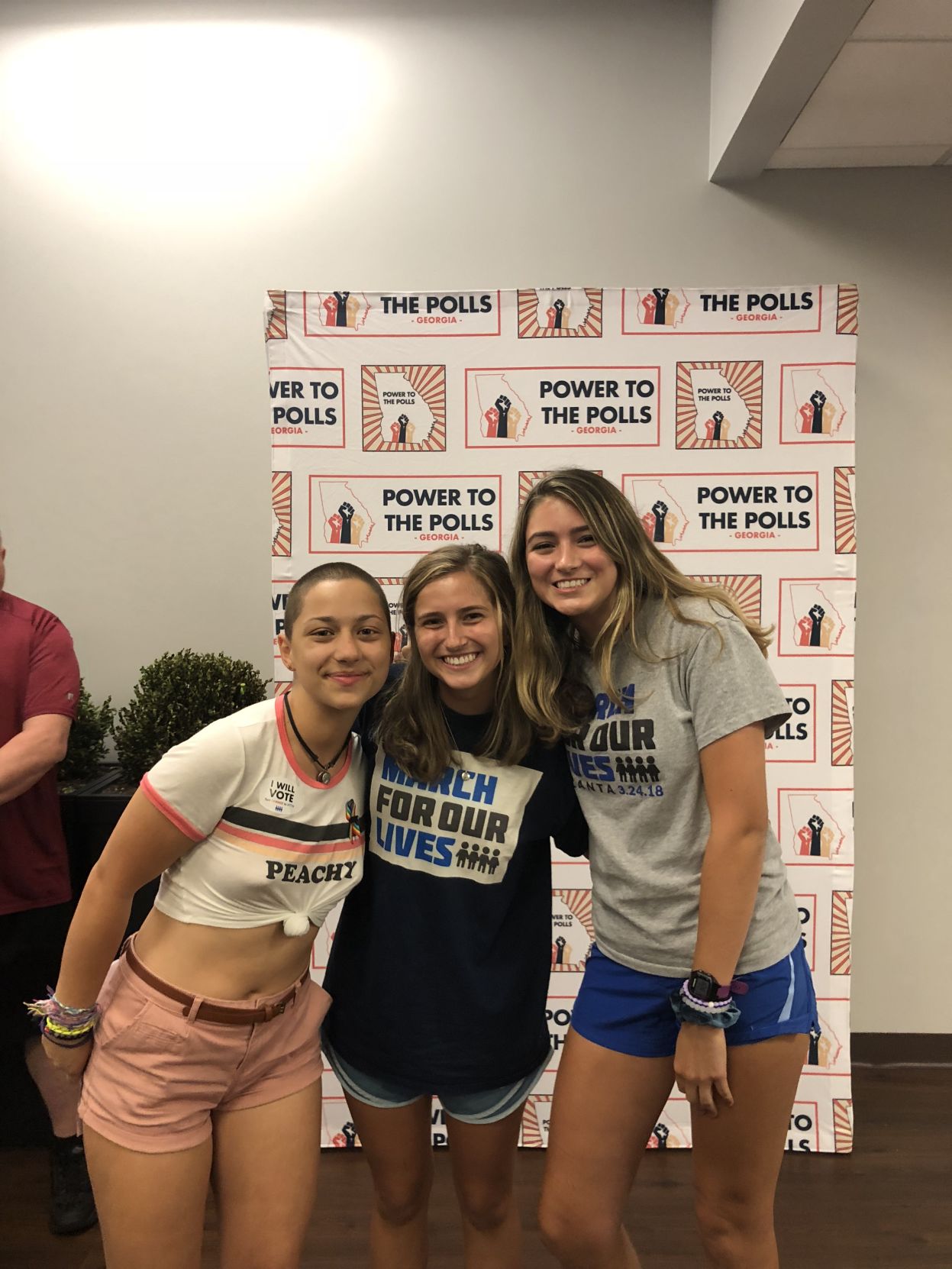 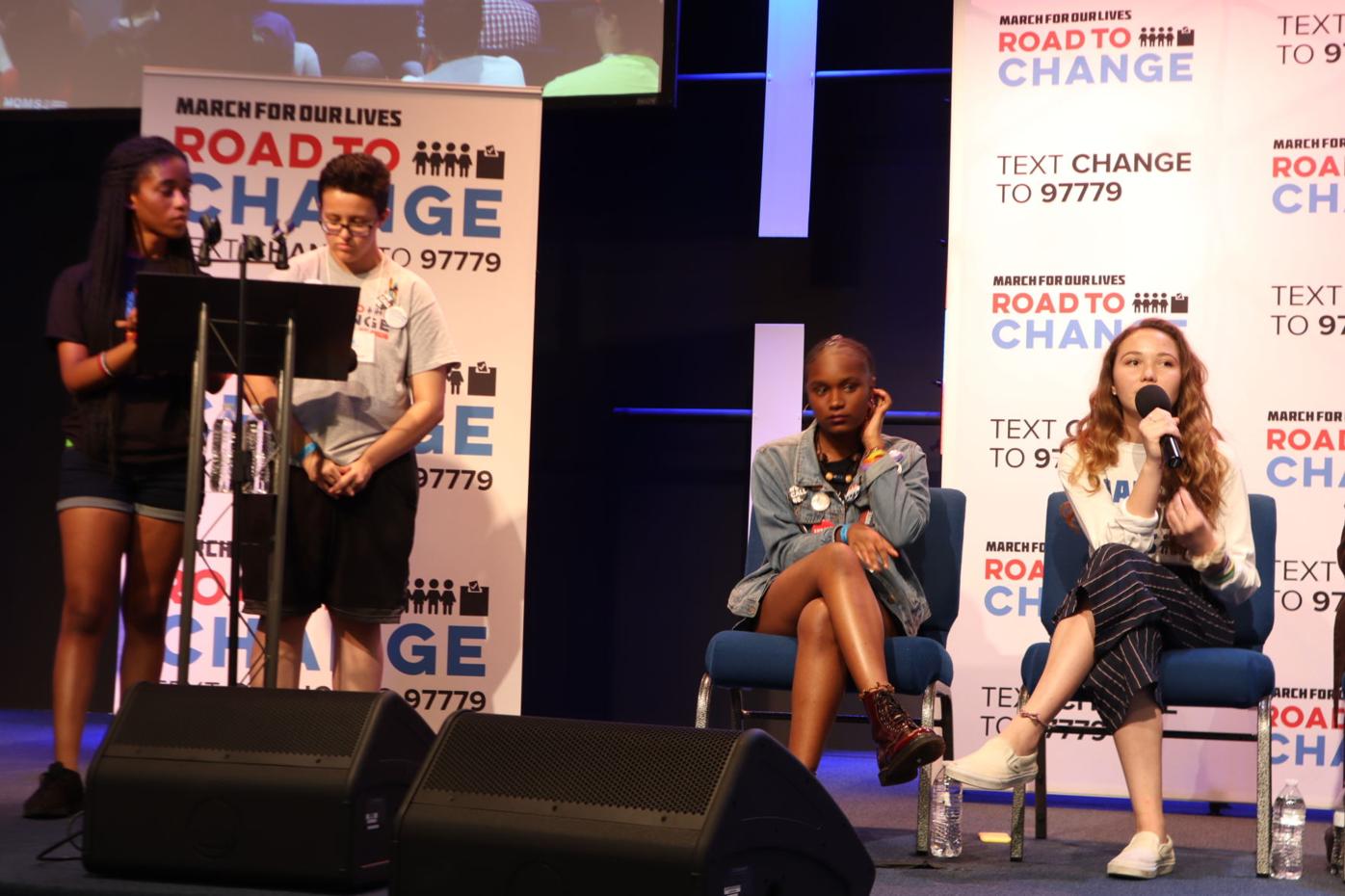 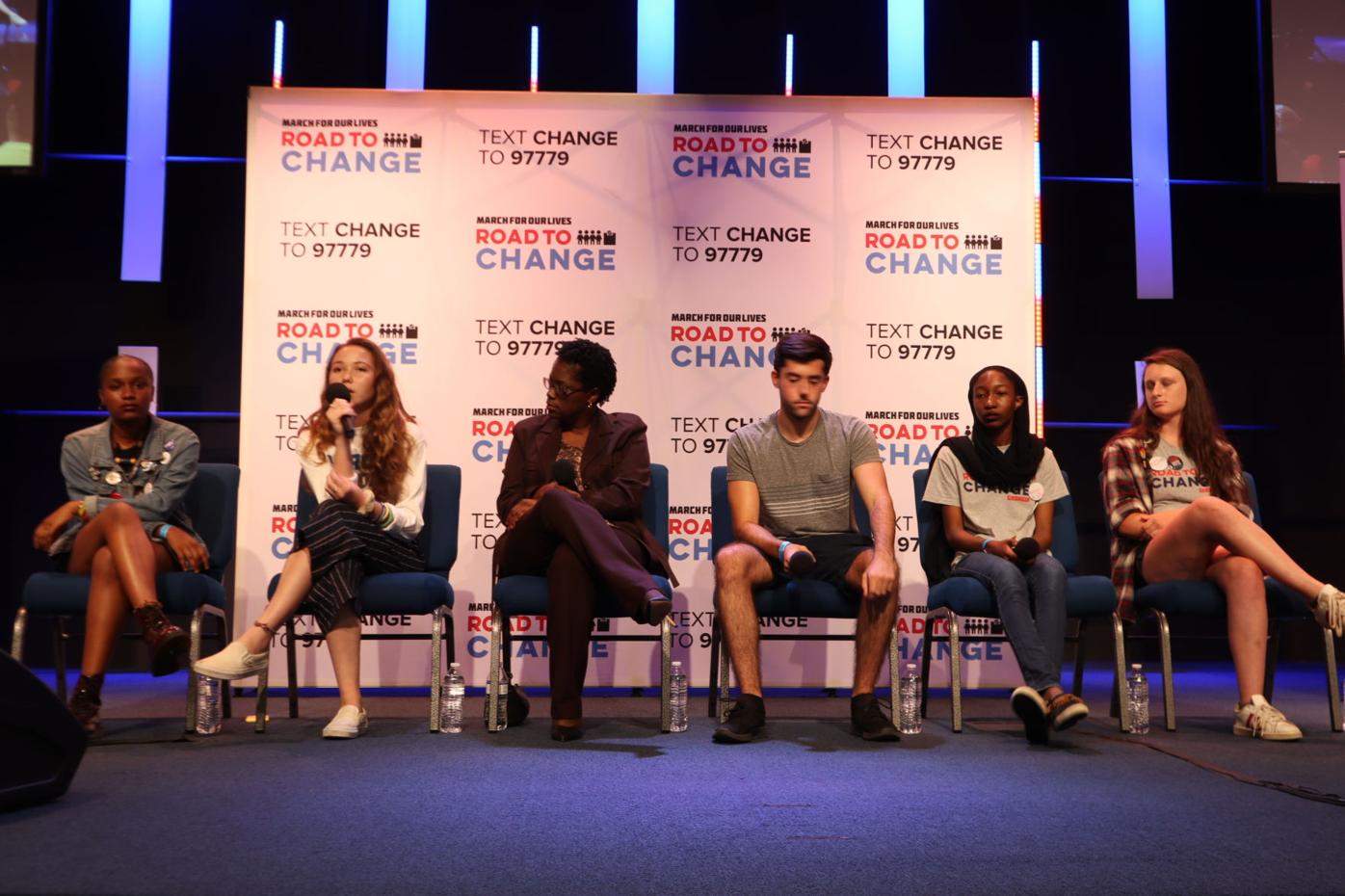 The March for Our Lives: Road to Change Town Hall in Roswell Panel. 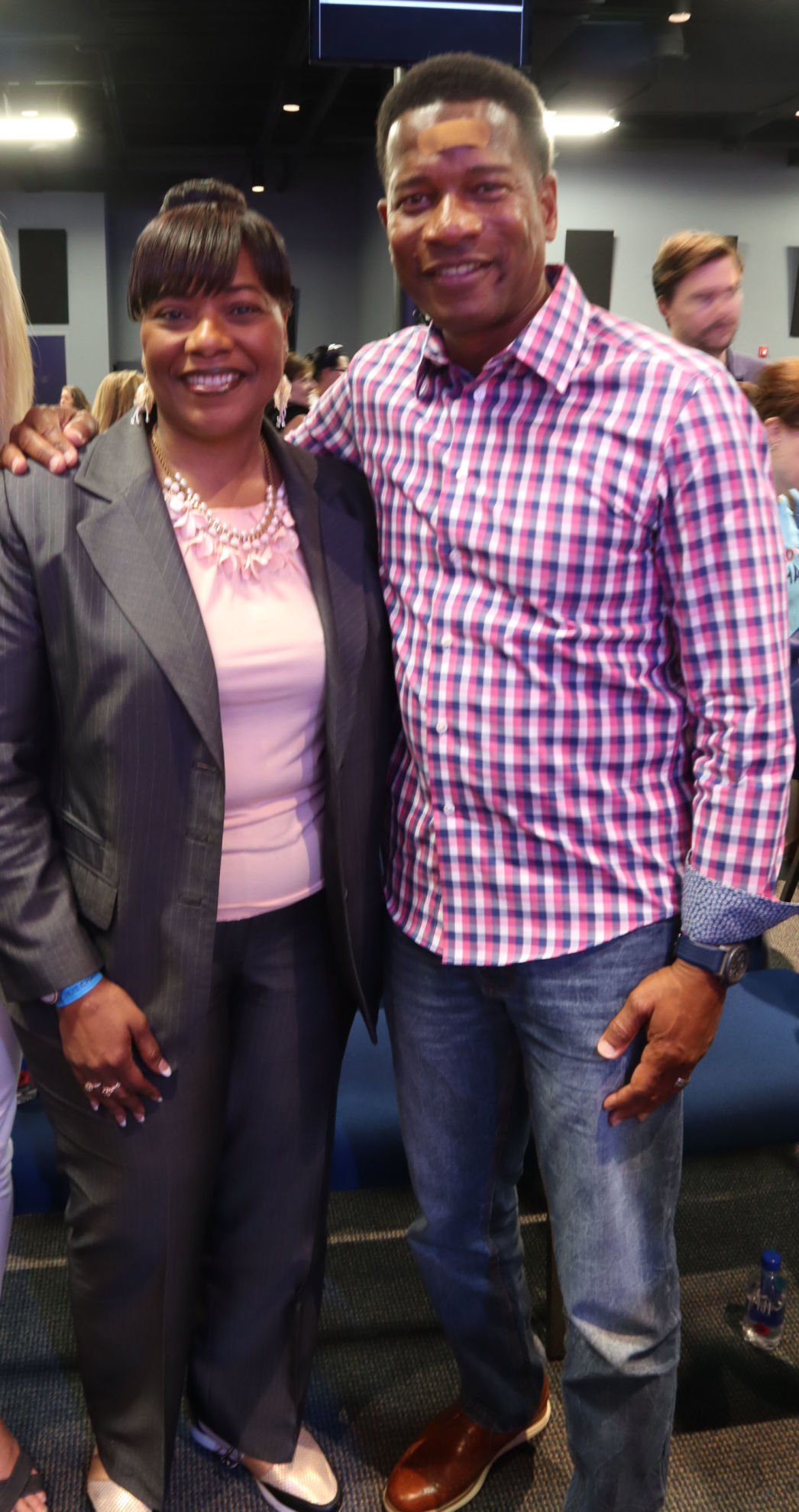 The March for Our Lives: Road to Change Town Hall in Roswell Panel.

The “March For Our Lives: Road to Change,” continues its trek towards efforts of ending gun violence and enacting stricter gun laws, making a stop in Roswell on July 30.

A student panel came for a “Town Hall” meeting at Eagles Nest Church, to guide and encourage fellow students to speak out and collaborate for a common goal.

While Emma Gonzalez, now an alumna of Stoneman Douglas, infamous for speaking out and stating “We Call BS,” was present, she did not participate in the panel, opting for meeting students later that evening.

Lauren Hogg is a rising sophomore at Marjorie Stoneman Douglas High School. She and her brother, David Hogg, now a graduate of Stoneman Douglas, are survivors of the Feb. 14 mass shooting.

The younger Hogg was on the panel, alongside Bria Smith, student from Northern Milwaukee; Antoinette Tuff, an Atlanta teacher who survived a hostage situation and talked down an armed gunman; Matt Post of Montgomery County Students for Change; Chapel Hill High School Student Nora and Centennial High School Student Marielle.

The panel emphasized the overall message of unity.

“If we are not unified, we’ll never make progress,” said Post

Hogg strived for young adults to “R.E.V.” or “Register, Educate and Vote” towards that.

According to Hogg, giving people a voice and listening “is one of the main reasons we’ve gone on this tour.”

“By going to these communities and meeting with these kids, I’ve realized and I should have realized before, these kids know so much, they know more than us. They’ve been dealing with it their whole lives and they’ve been screaming as loud, if not louder than we have, but they haven’t had the mic or the ears to listen to them,” she said.

According to Hogg, “conversation is the first step to ending this epidemic.”

“Please keep the conversation alive because that is the only way things are going to change,” she said.

Bria Smith, a student from Milwaukee Wisconsin emphasized, “I refuse to be another statistic” and fighting against falling into the preconceived notion of what happens in her community.

“We have to use it to give people who have been experiencing this every single day, a chance to show the world their voice, to speak out on the injustice that has been happening to them for years. This gun violence debate hasn’t just been since Parkland, it has been going on for a while and we need to give everyone their voice,” said Hogg.

Hogg and Post also used their voices to move towards solutions to lessening gun violence.

“More guns are not what is going to solve gun violence. Throwing fire at fire to try and stop a fire, it just won’t work,” said Hogg.

Alternatively, Post’s solution is to “prevent bad guys from getting guns” in the first place, suggesting strengthening checks and requirements for gun purchases.

The panel opened the floor to answer audience questions, which ranged from how to have an open conversation with the other side, destigmatizing mental illness and its connection to mass shooting, to methods of safety and what students can do within schools to initiate and work towards change.

March For Our Lives: Road to Change continues on through Aug. 12 to multiple cities up and down the east coast.

More information is available at www.marchforourlives.com/tour.