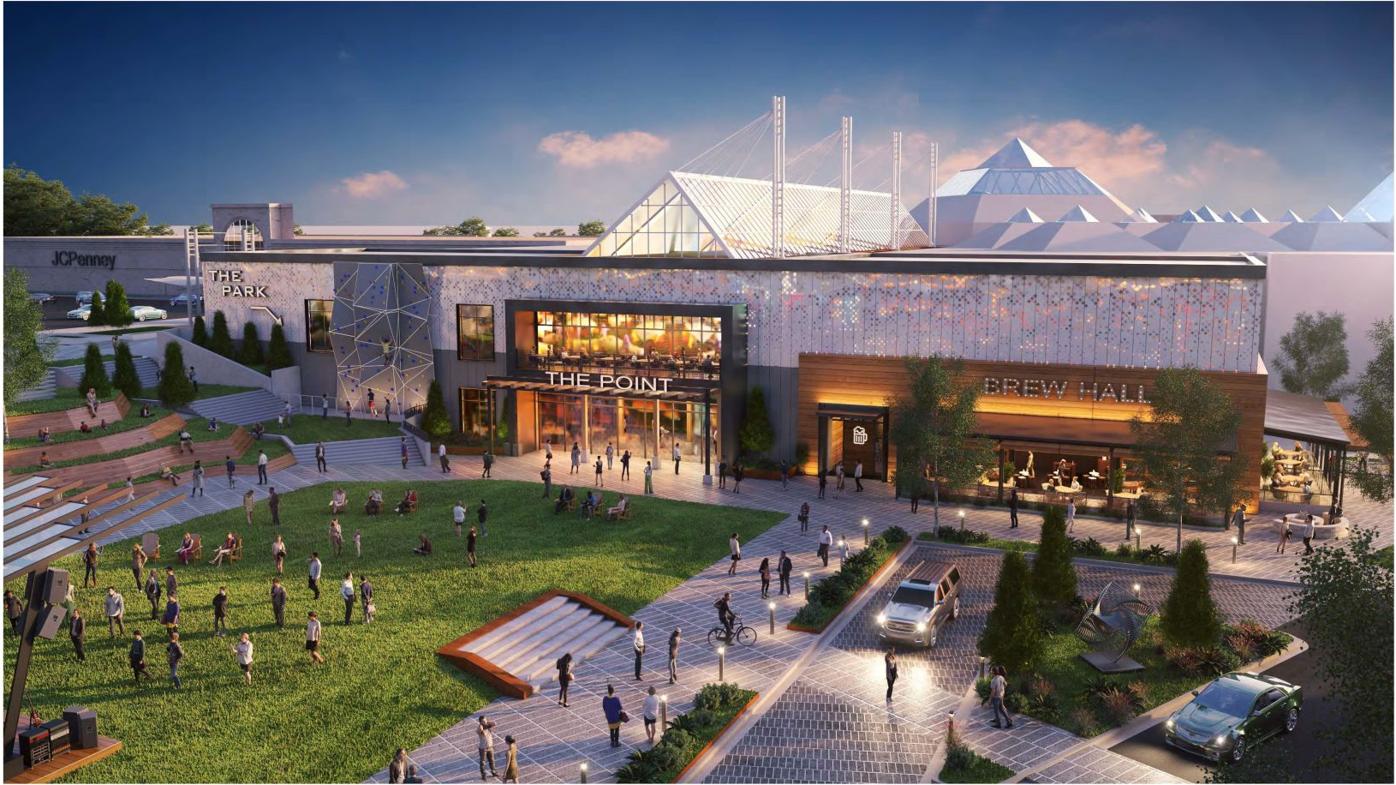 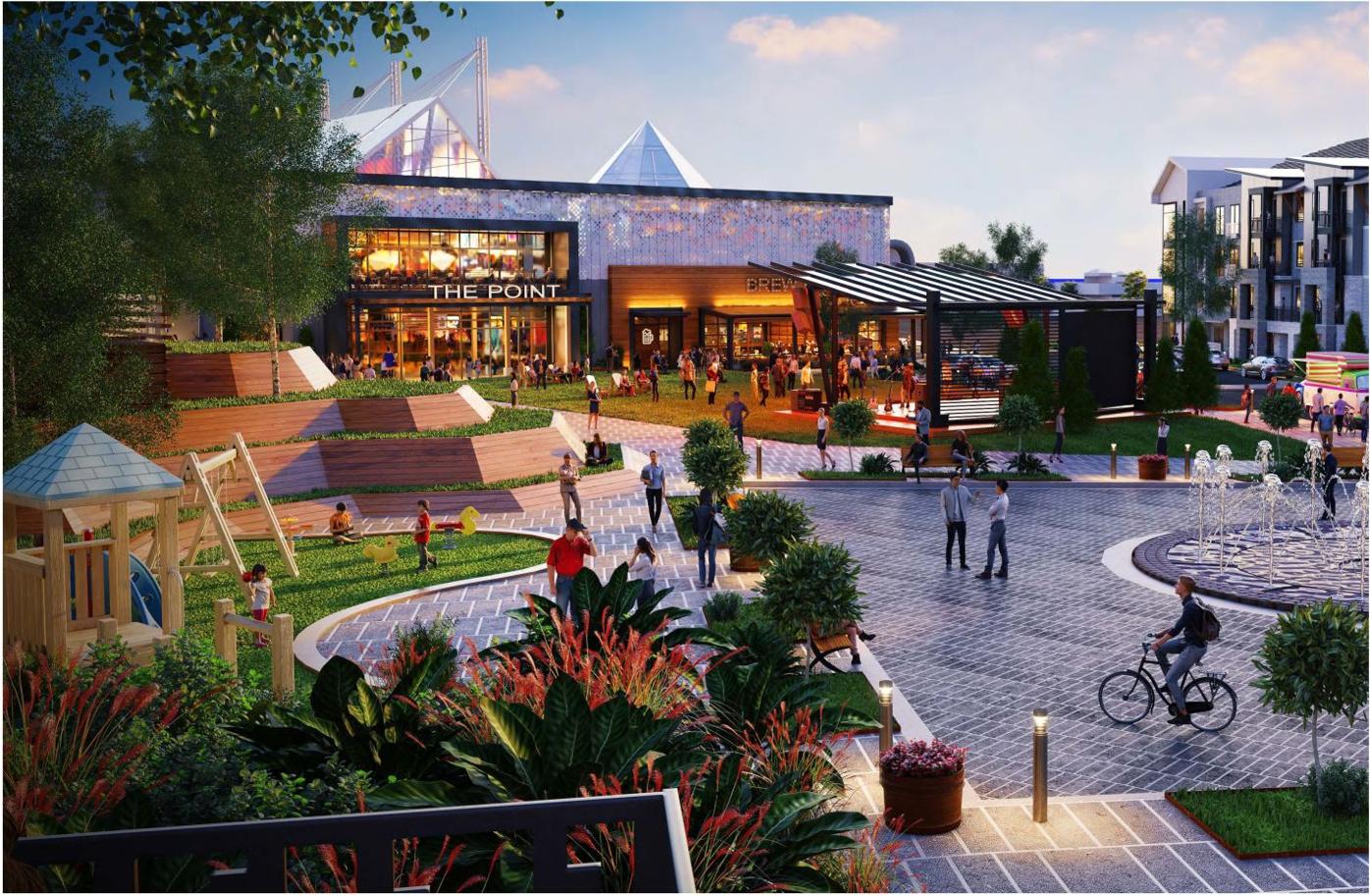 An alternate angle of the conceptual rendering of North Point Mall redevelopment. 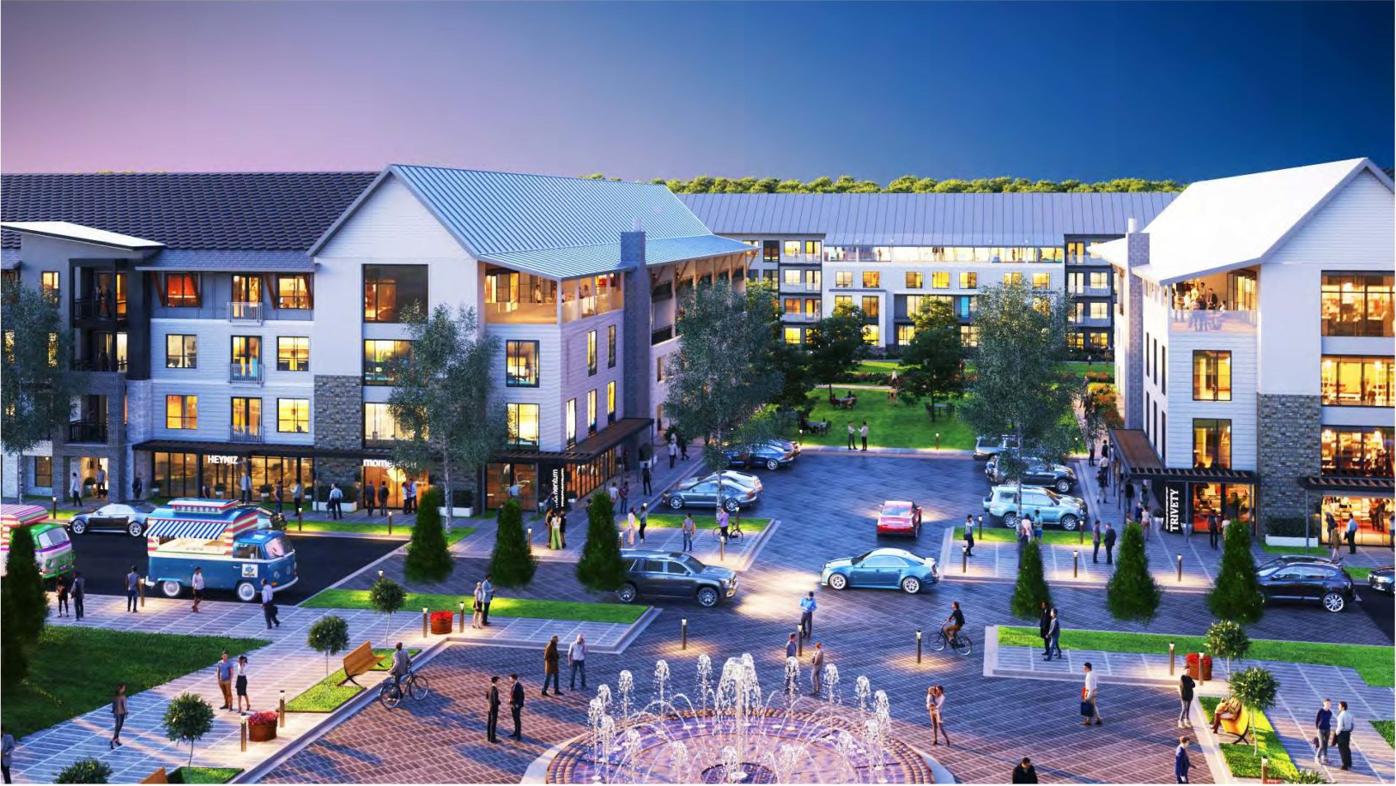 A conceptual rendering from February of the residential units planned for the North Point Mall redevelopment.

An alternate angle of the conceptual rendering of North Point Mall redevelopment.

A conceptual rendering from February of the residential units planned for the North Point Mall redevelopment.

The space, previously occupied by Sears, is proposed to be redeveloped into apartment units and green space.

Brookfield Properties is at the helms of redevelopment has requested conditional uses to do so.

According to the “Letter of Intent” the project is “24,000 square feet of new freestanding retail/restaurant space; a three-building multi-family component with no more than 300 units and 15.67 acres of civic and amenity space.”

Community Development Director Kathi Cook noted the city typically “requires 3,000 square feet of grocery store” in a redevelopment of this magnitude, but focus is elsewhere.

“Most of the concern is how to make mixed use development and incorporate green in anything that is approved by council going forward,” said Cook.

This plan is “looking to implement requirements of North Point LCI, by removing parking and increasing park and green space.”

After Sears is removed, green space is planned for the front of the residential and retail buildings and surrounding areas.

Green and park space is in-tended to feature “different activities,” such as “a playground area, water feature and rock wall.”

The new plan, according to Cook, “meets all of the requirements for civic space and amenities space.”

Kathy Zickert spoke on behalf of Brookfield Properties and described North Point Mall was once “the economic driver of Alpharetta and “one of the top priority malls” for redevelopment.

She predicted green spaces could also be “a place to congregate” and a place for a “pick-up soccer game, movie on the lawn or even a wedding using the gazebo.”

One of the green spaces is planned for “right in front of the mall leading into the mall’s en-trance.”

“Malls across US are failing, it’s not a secret. We want to make sure the mall stays effective, stays inline with national happening,” said Zickert.

There is also a plan for a “fountain feature, similar to Centennial Olympic Park,” according to Zickert.

The new plan goes “above and beyond what is customarily done” in regards to green space, according to Zickert.

Dennis Kern spoke on behalf of Bike Alpharetta, also in sup-port of project, which he called a “catalyst moment for the district.”

“My husband and I go to mall and walk every day. Stores come and go. We are excited to get mall back to what Alpharetta is. The improvements planned are going to make North Point mall a destination,” said Sharon Bean, a resident.

Councilwoman Richard made a motion to approve the redevelopment with a second by Councilman Dan Merkel.

According to Councilman Donald Mitchell, “no mall in the state of Georgia that had city initiated redevelopment. Kathi (Cook) and her team have worked tirelessly with two councils and incorporated so much community in-volvement.”

Mitchell described the redevelopment as a plan that “rejuvenates the mall.”

The evolution of the redevelopment plan is a “game changer,” according to Merkel.

“We all understand the importance of North Point Mall, it has been the crown jewel for Alpharetta and our region for 20 years. The entire dynamic of malls are changing, business plans need to change for mall owners. This plan brings features that are lacking in the area and enhance greenway activity,” said Richard.

Councilman Jason Binder al-so spoke in favor of the project, describing it as “the beginning for North Point redevelopment.”

“We don't want just another development in Alpharetta, this is a community that deserves better and this proposal reflects that,” said Alpharetta Mayor Jim Gilvin.

All residents who spoke about the North Point redevelopment, voiced support for the plan.

The new redevelopment plan passed with a vote of six to one, with Councilman Benjamin Burnett opposed.

The Neighbor will continue to provide updates as the project develops.