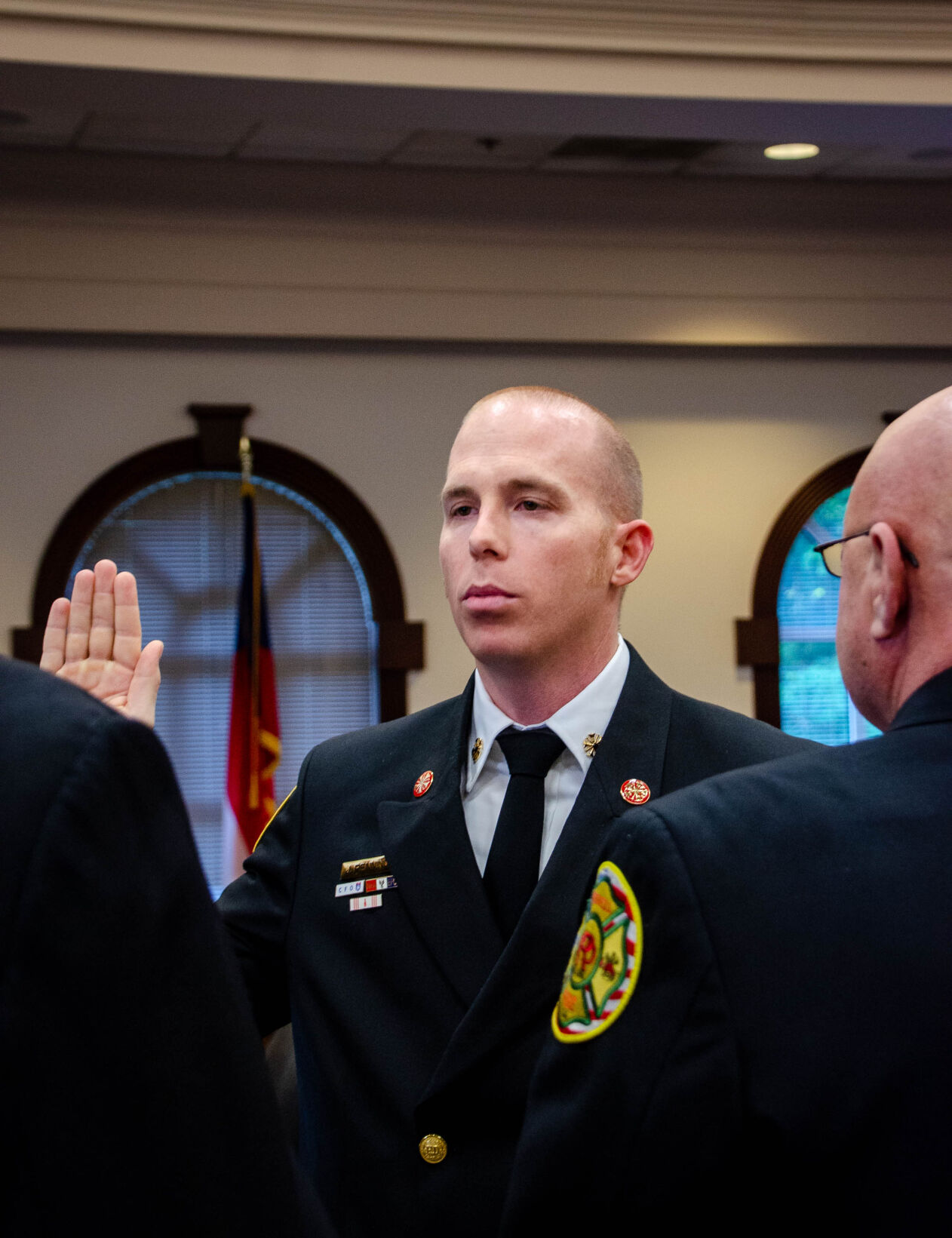 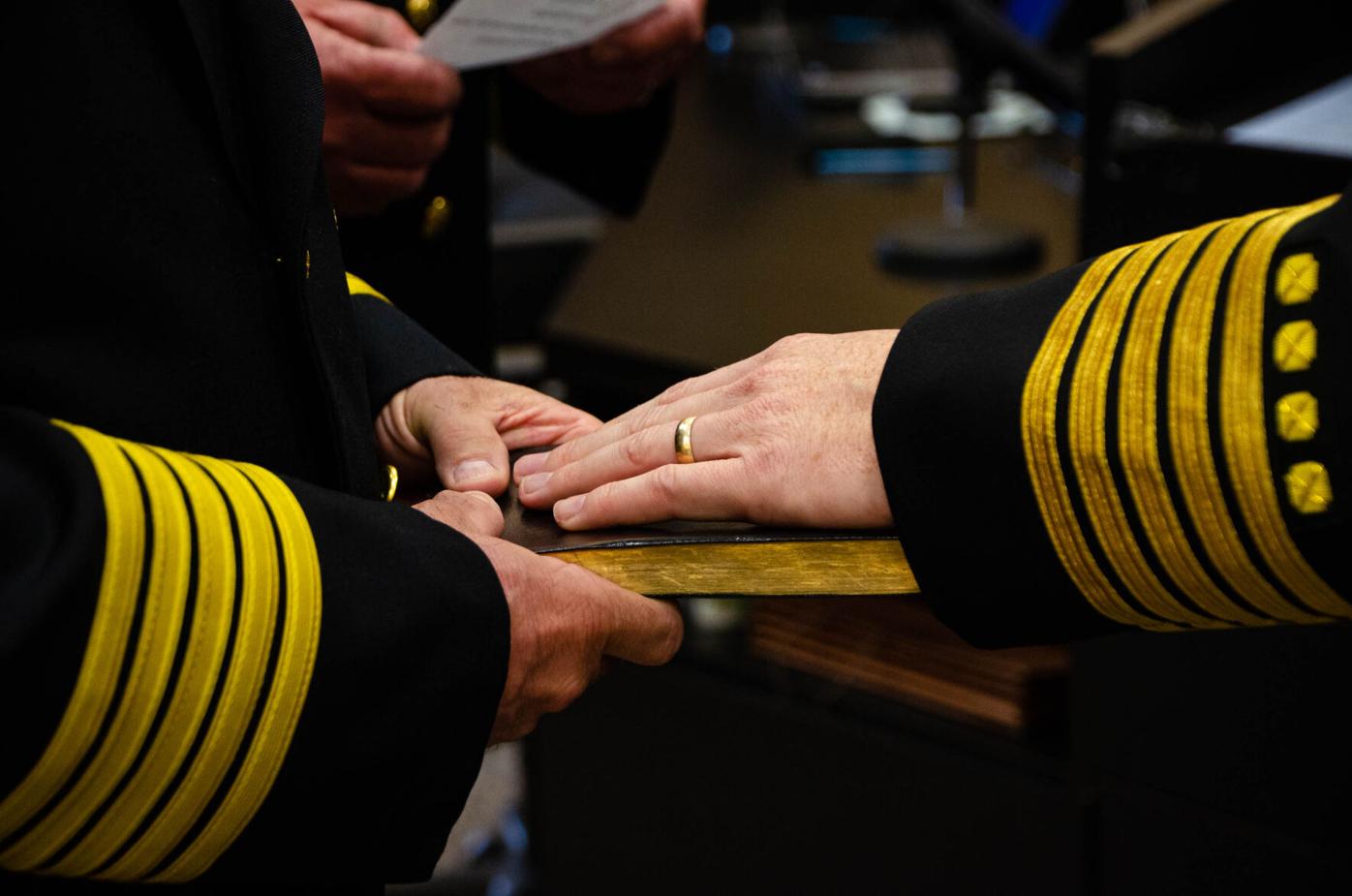 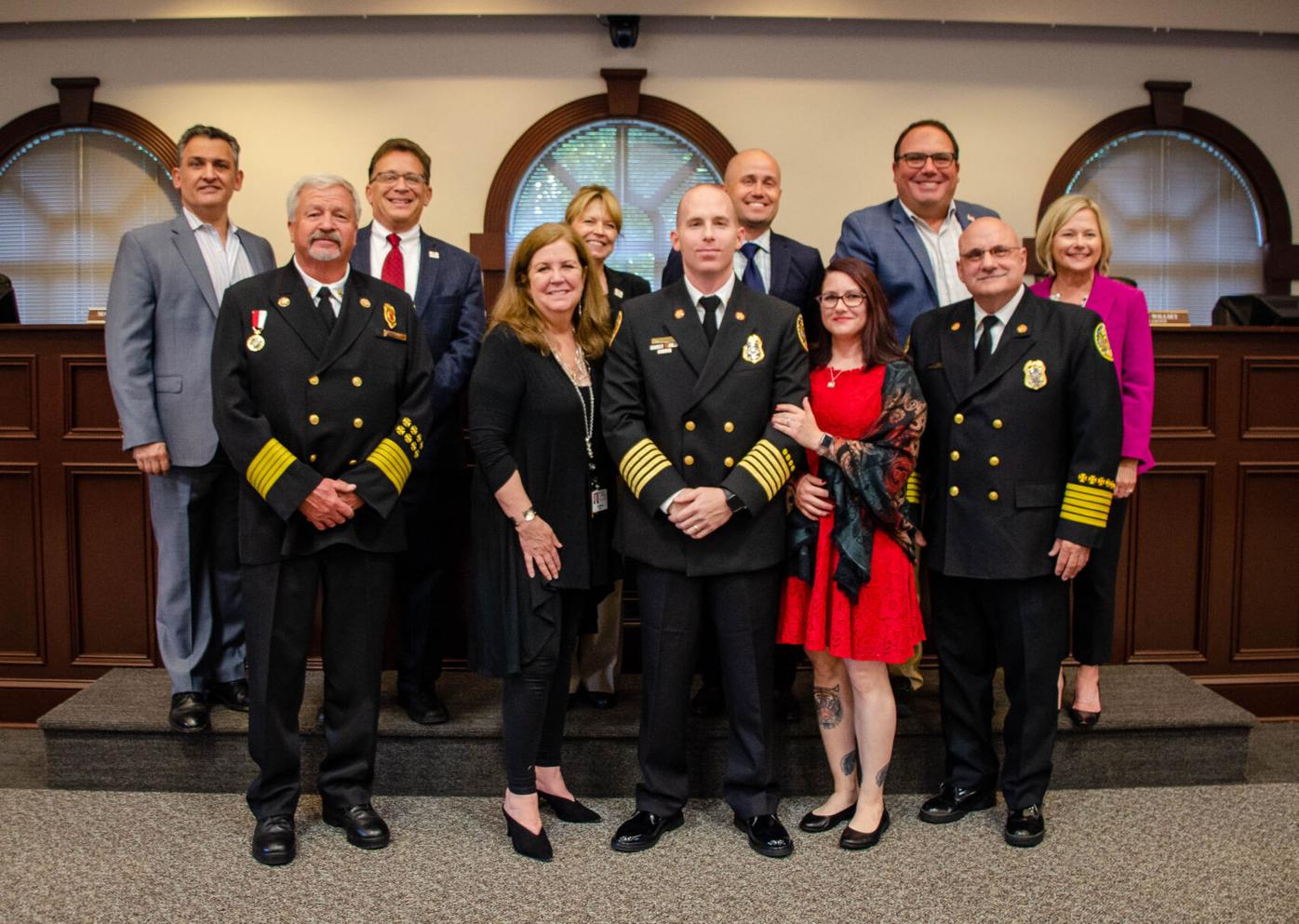 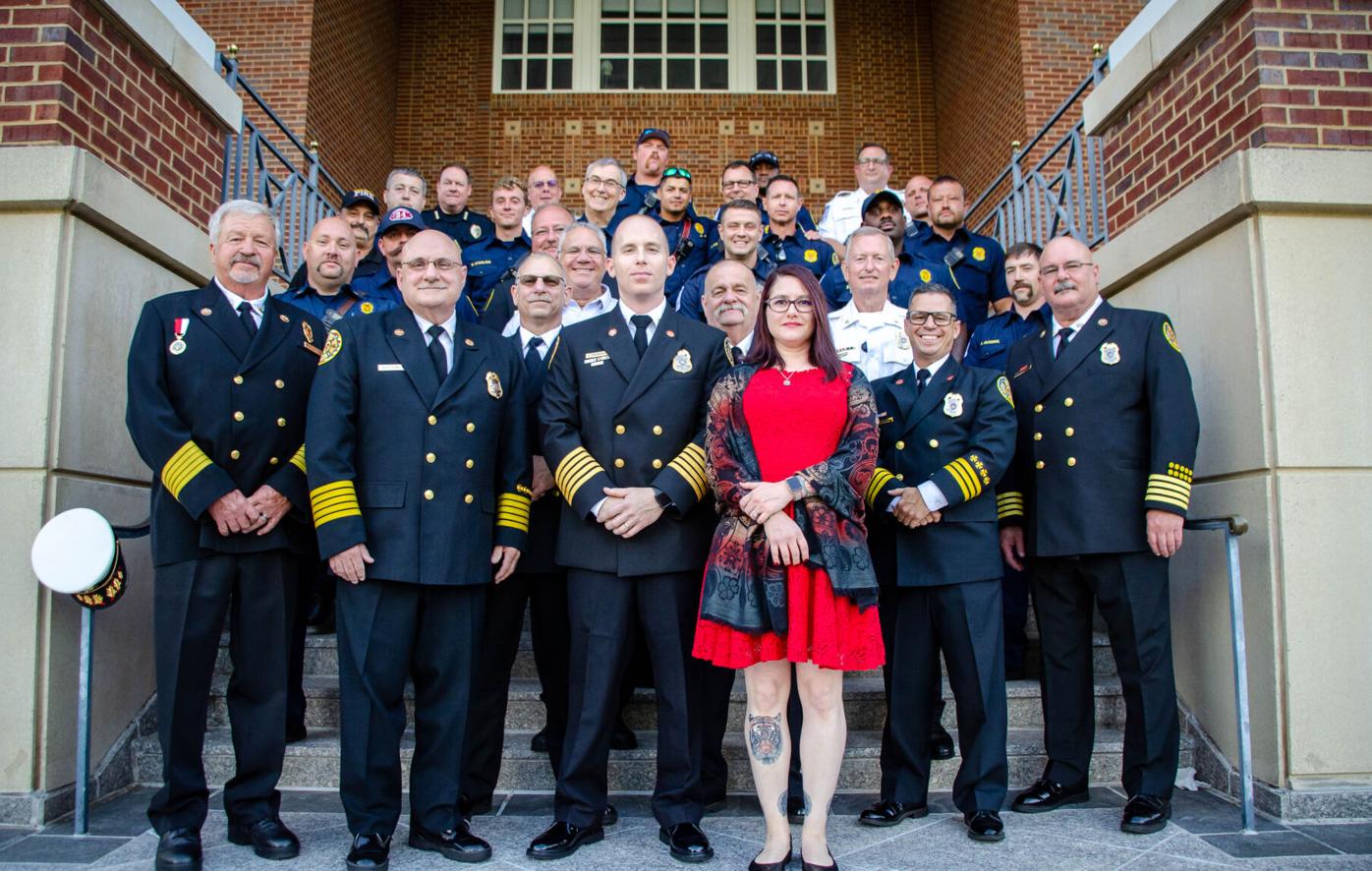 Around 25 first responders, including Roswell Police Chief James Conroy and Milton Fire Chief Gabe Benmoussa, showed up in support of the new chief.

Around 25 first responders, including Roswell Police Chief James Conroy and Milton Fire Chief Gabe Benmoussa, showed up in support of the new chief.

Pennino was sworn in by former fire chiefs Ricky Spencer and Ricky Burnette during the June 14 city council meeting. Around 25 first responders, including Roswell Police Chief James Conroy and Milton Fire Chief Gabe Benmoussa, showed up in support of the new chief.

“I would also like to thank the members of my leadership team and of course, Roswell’s bravest who together have been steadfast in serving the citizens of Roswell through the hazards and uncertainty this last year has produced,” Pennino said. “I can promise you as fire chief and as a Roswell resident, if I can trust them to protect my family, so can you.”

Pennino has been with the Largo Fire Rescue in Florida for over 18 years, where he has served in nearly every capacity, from firefighter to interim fire chief. He has served since 2017 as Largo’s deputy fire chief, where he has overseen the department’s five operational divisions, helped the department improve its response times, conducted an organizational analysis, and served as the city’s incident commander for hurricanes Irma and Eta.

In addition to his professional accomplishments, Pennino has a Doctorate in Public Administration from Valdosta State University and a Master’s Degree in Public Policy from Liberty University in Lynchburg, Virginia. He is a knowledgeable professional in his field, serving as an adjunct instructor at Liberty University, teaching fire service leadership and Public Administration Ethics, Statesmanship and Governance.

“As the leader of this great department, I recognize the importance of transparency, trust and open communication and will always look out for the wellbeing of our personnel,” Pennino said. “Additionally, I will look for ways to promote an inclusive environment where all members have an avenue to contribute.”

Established in 1937, the Roswell Fire Department now has 210 employees, with over 180 firefighters and seven fire stations.

“It is my vision that the Roswell Fire Department maintain its distinguished reputation by staying at the forefront of an occupation that is ever evolving,” Pennino said. “Whatever the future of the Roswell Fire Department may hold, I can promise you it will be achieved through a data-driven approach, using industry best practices, while always acting in the best interest of the citizens of Roswell, whom we serve.”