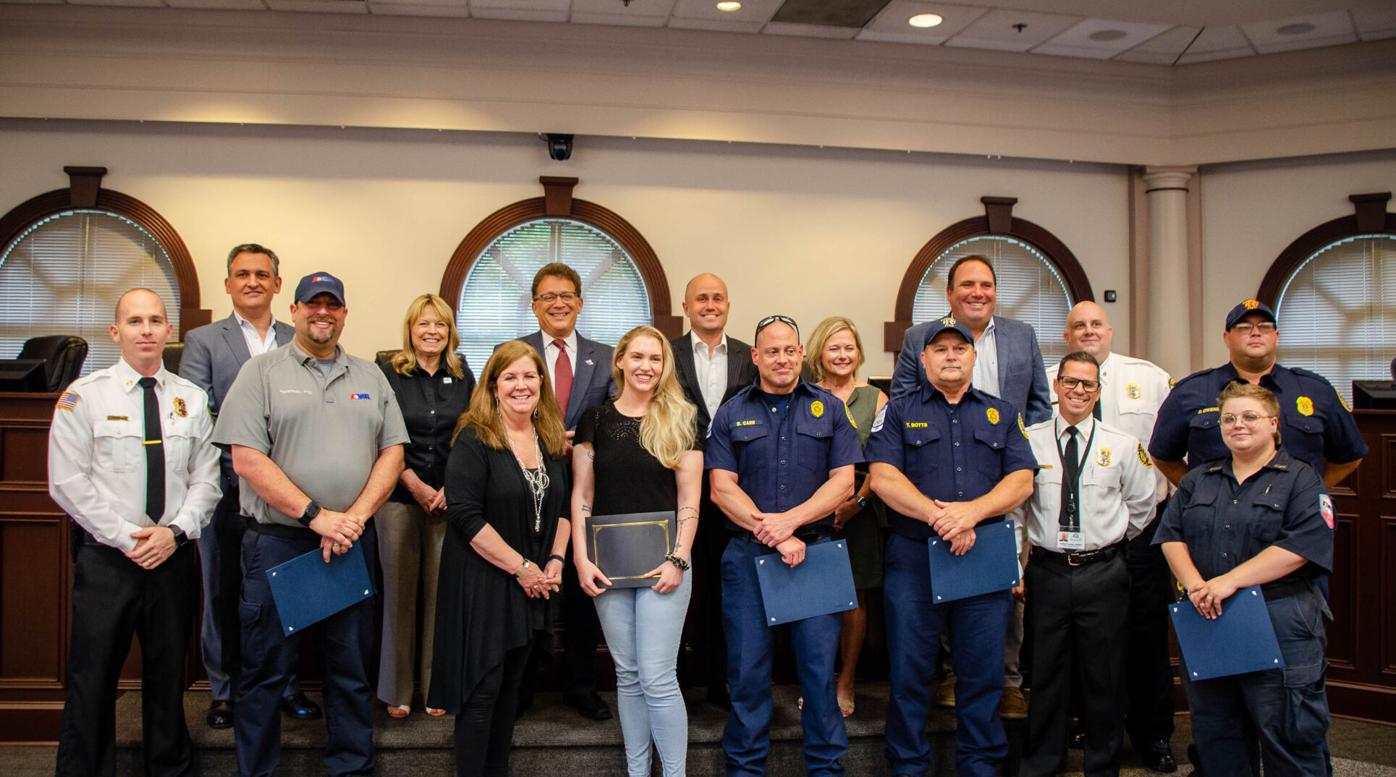 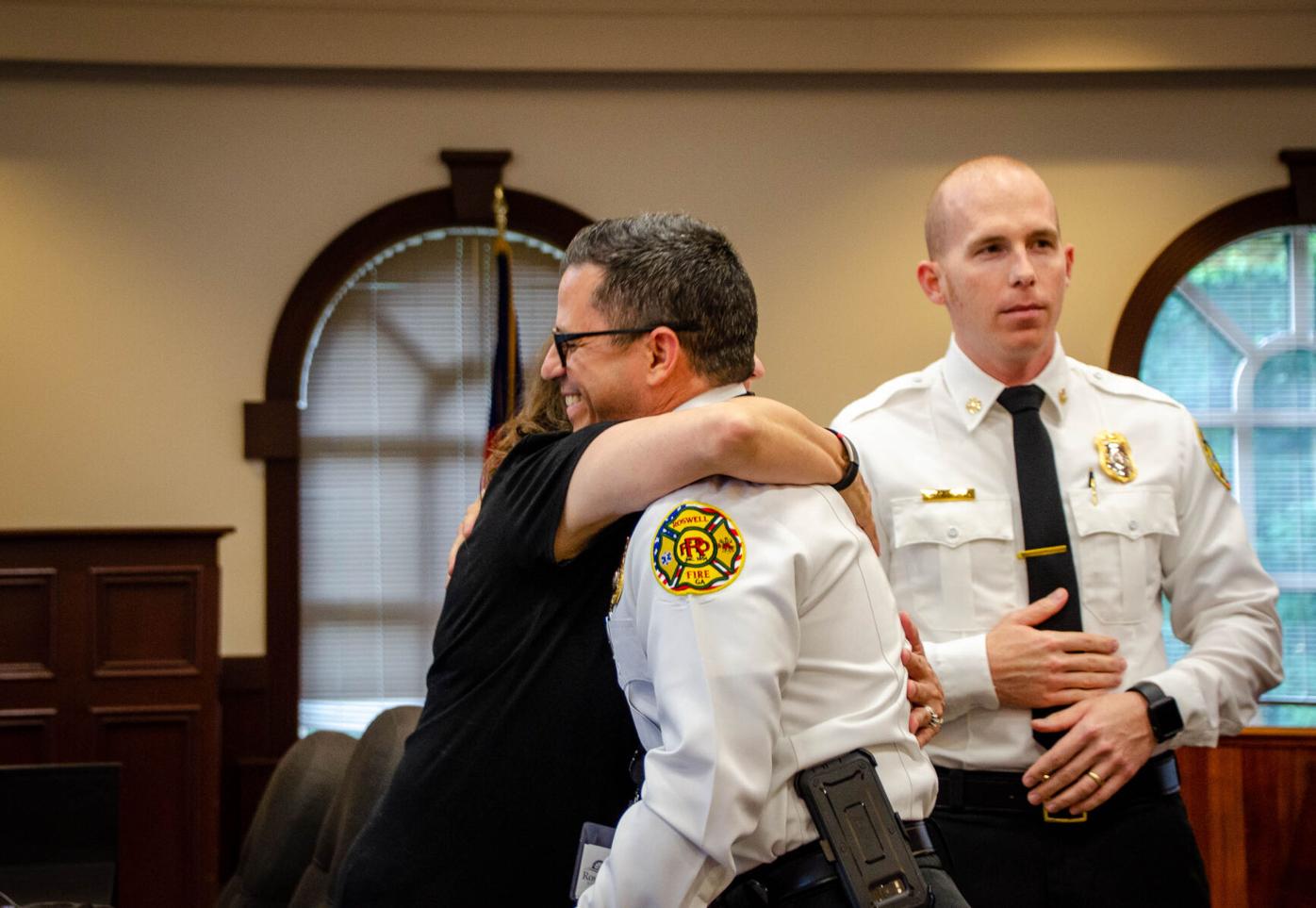 The cardiac arrest survivor embraces Pabel Troche, one of the fire fighters who saved her life, during the June 28 mayor and city council meeting.

The cardiac arrest survivor embraces Pabel Troche, one of the fire fighters who saved her life, during the June 28 mayor and city council meeting.

Seven Roswell first responders are being hailed as heroes after they helped saved a woman in cardiac arrest.

During the June 18 city council meeting, the Roswell Fire Department recognized several individuals for their exceptional work during a cardiac arrest that occurred April 23.

Roswell Fire Department responded to a call April 23 of a woman in her 50s suffering from a cardiac arrest. The fire department, EMS and police arrived at the woman’s side within minutes and immediately began to provide care.

“Through their actions, the patients regained her pulse,” EMS Director Alex Robles said during the June 28 city council meeting.

The patient was taken to North Fulton Hospital where she received further treatment and was able to return home.

“The combined efforts of the members of Roswell 911, Roswell Fire Department and American Medical Response and North Fulton Hospital resulted in the saving of a patients life and subsequently a affording them second chance at life with their family,” Robles said.

The patient — who did not wish to be identified — attended the council meeting where she shook hands and embraced the first responders who saved her life.