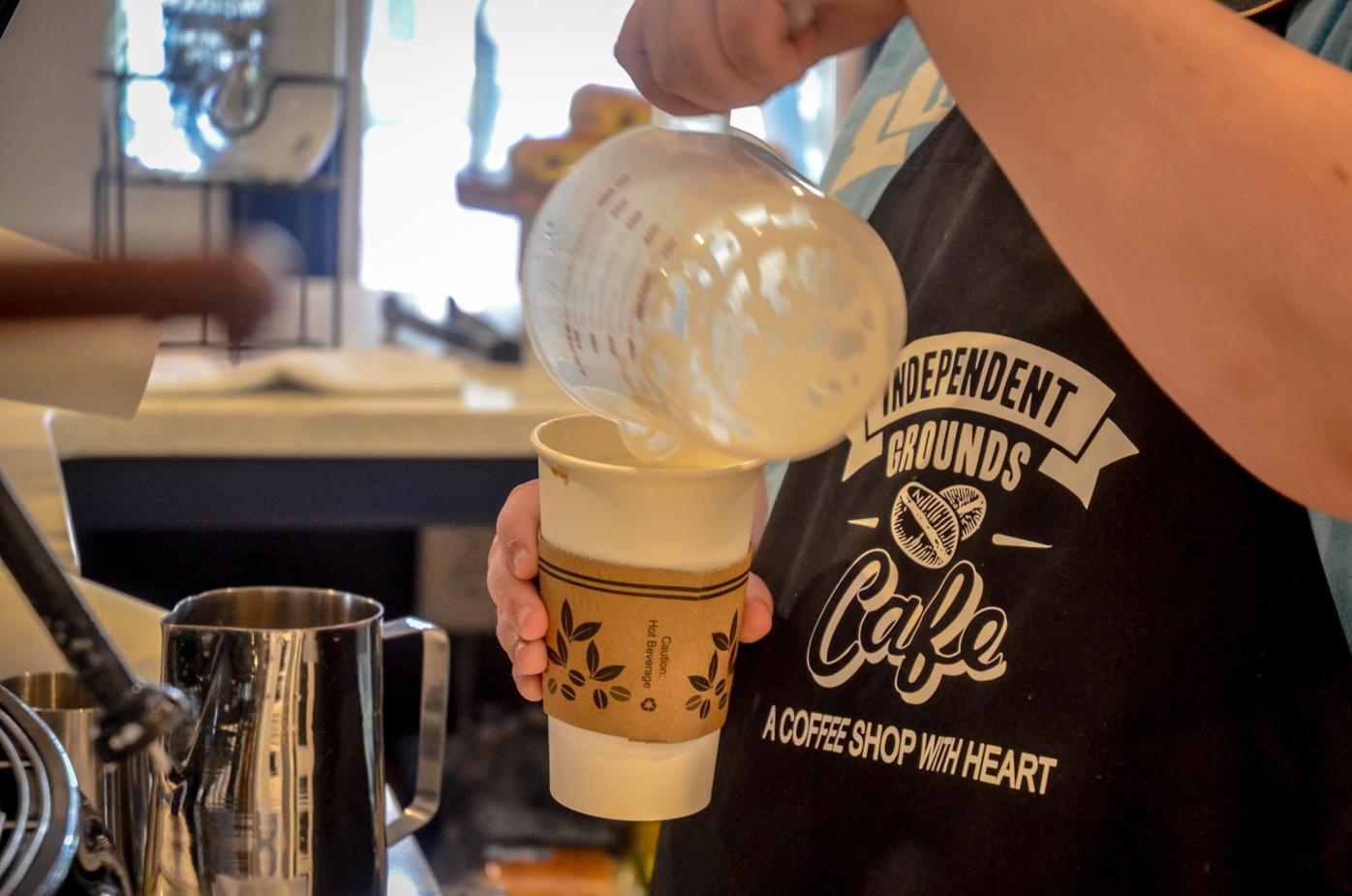 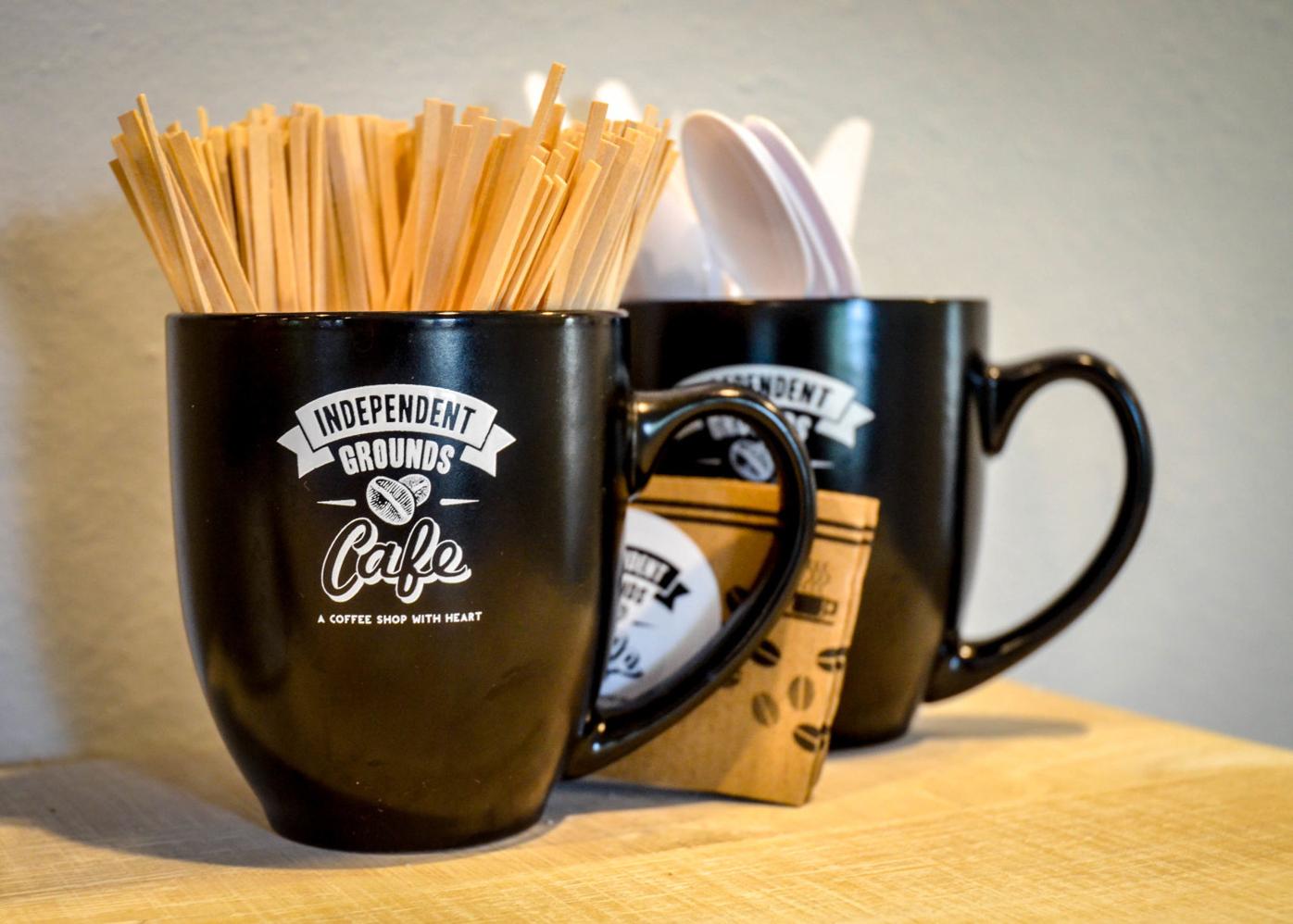 Independent Grounds opened its first location in Kennesaw and largely employs adults with intellectual and developmental disabilities. Owner Lorna Heid opened the Kennesaw location in March 2018 after being inspired by her older daughter Emma.

"We've been dealing with that since she was born, but as she's gotten older we started to think whats she's going to do post-graduation," Heid said. "Once she's out of high school, what sort of career paths could she have or opportunities could she have."

Emma attends Kennesaw Mountain High School in Cobb County, where part of the special education curriculum includes managing coffee shops. Students are in charge of taking orders, making the drinks and delivering the drinks around the school.

Heid says she knew she had a base of special needs employees, so she opened the Kennesaw location. Then, around six months, Roswell United Methodist Church approached Heid about opening a second location on the church property.

"RUMC had marked this space to be a coffee shop but didn't want to run the shop," Heid explained. "Once they saw what I was doing in Kennesaw, they really liked the mission and thought it would be a good fit."

The coffee shop is open to everyone, not just church members. Heid explains that it is more of a collaboration between the two.

The Roswell location has around eight employees so far, six of whom are special needs adults. Heid has dealt with her daughter's special needs and some her Emma's peers' abilities, but says the shop has been a learning curve.

"It's helping me learn how to communicate better my expectations and then learning how to have some flexibility," Heid said. "And that's ongoing... we adapt and break it down so they can feel comfortable knowing what the drink recipe is."

Heid says that adults with special needs who are able to work are one of the most underemployed populations.

While stores like Goodwill hire and provide training to adults with developmental disabilities, Heid says the work may just be warehouse type tasks, like sorting and folding clothes.

"They're people just like the rest of us who would like to do something they enjoy and have some independence and that sense of pride," Heid said.

The coffee shops allows employees who can and want to, to be front of house, doing tasks that let them feel accomplished. Employees can have that sense of pride and accomplishment, while developing job and social skills.

The cafe serves a variety of coffees, frappes, smoothies and some snacks and muffins. Independent Grounds hopes to eventually have some lunch items on the menu.

Heid says the community can help special needs individuals by supporting small business who work with them.

"Patience is a big thing," she said. "You may not get the quickest latte here, but you'll get a really good latte."

The cafe is open Monday through Saturday, from 8 a.m. to 5 p.m., and Sundays 12 p.m. to 5 p.m. Hours may be modified based on the responses from the community. Coffee enthusiasts can visit Independent Grounds at 846 Mimosa Boulevard in Roswell.

Traffic should open back up on Turner McCall, Second Avenue bridges after GDOT collects coring samples ,

Housing committee meets to nail down implementation of incentives package