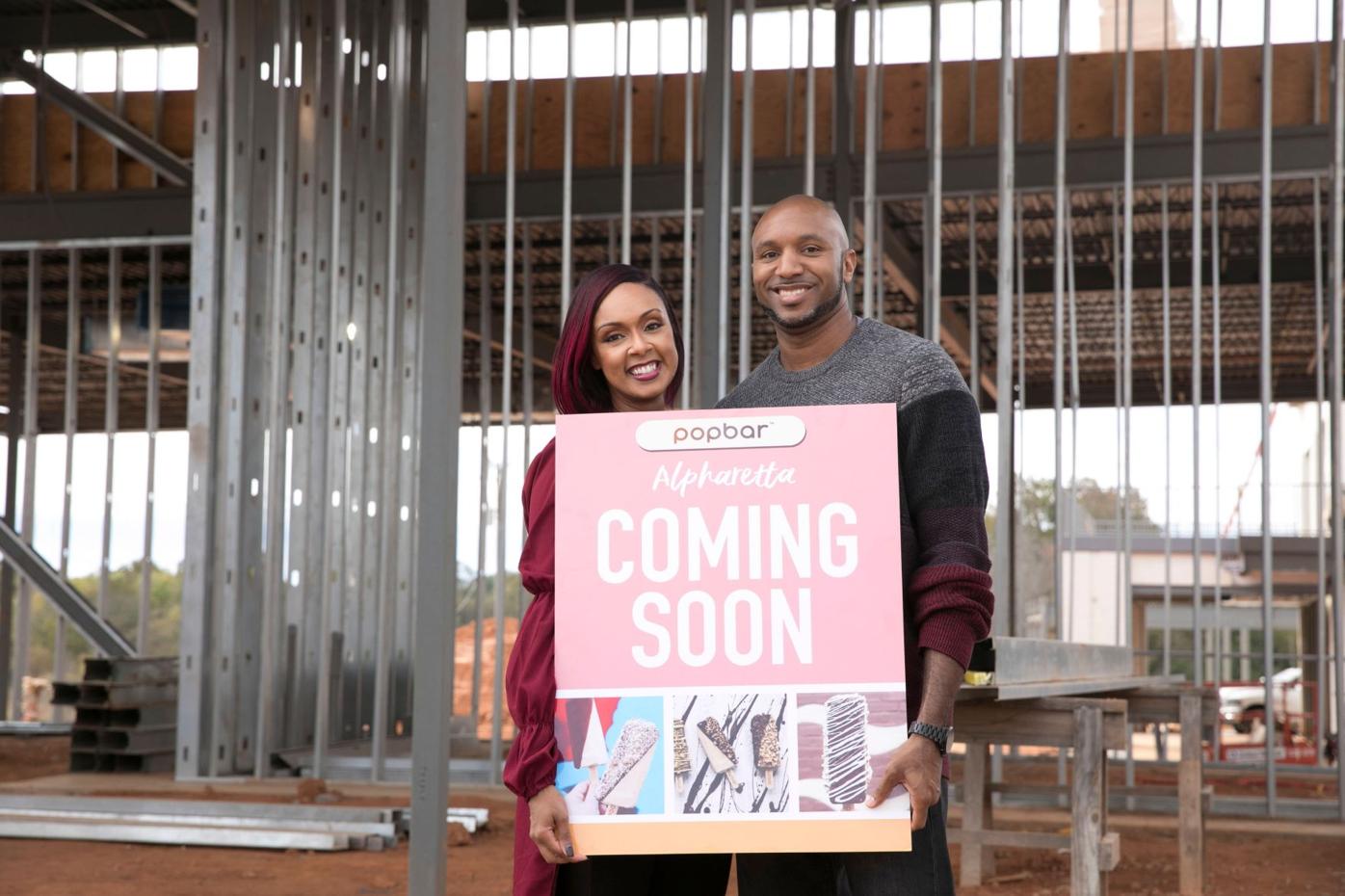 From left, Popbar Franchise Owners Charel and Jamaal Palmer on site of the first Popbar location in Georgia, coming soon to Alpharetta. 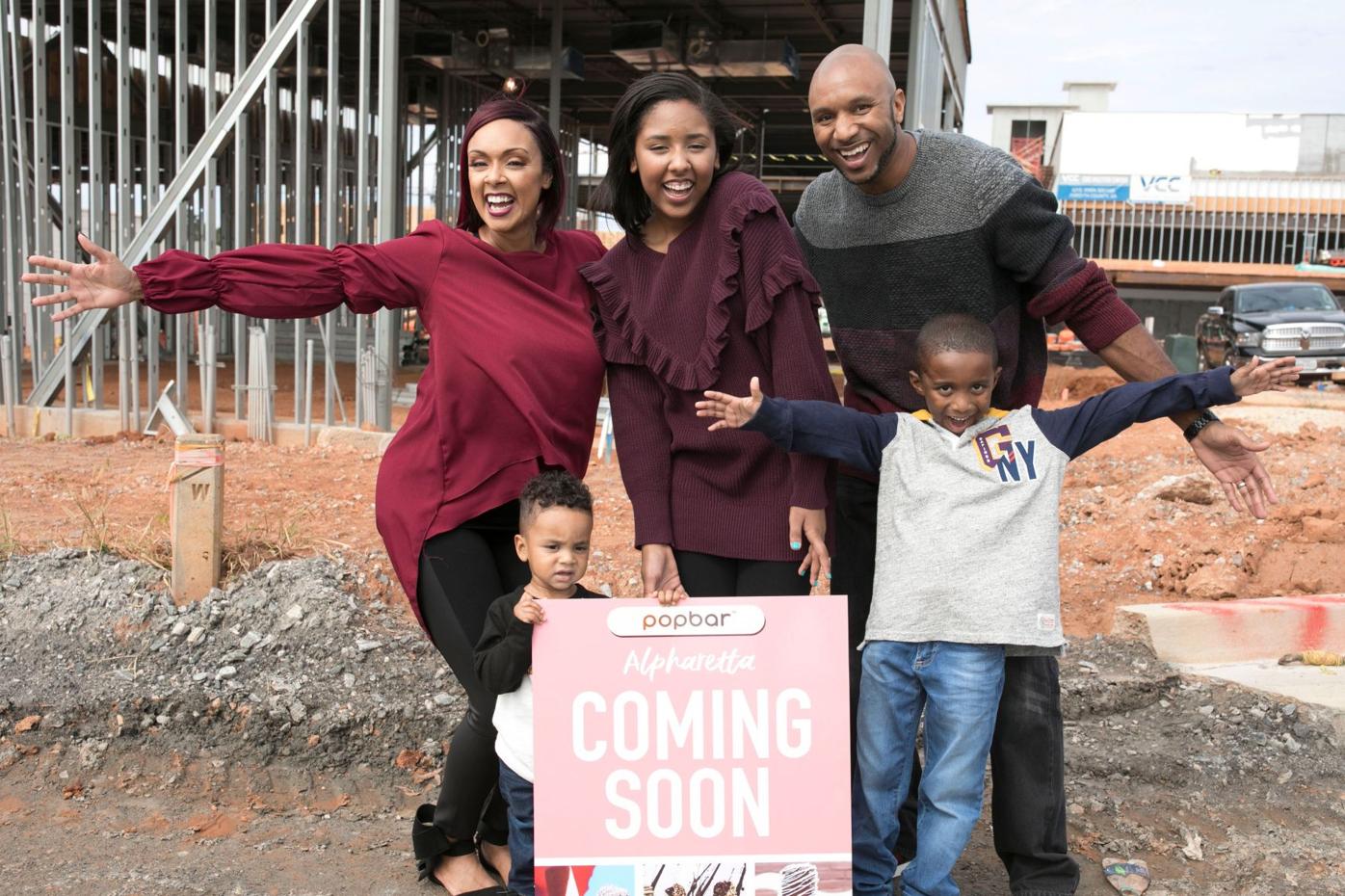 The Palmer family is all smiles as they promote their new venture in franchise business ownership with Popbar, coming soon to Alpharetta.

From left, Popbar Franchise Owners Charel and Jamaal Palmer on site of the first Popbar location in Georgia, coming soon to Alpharetta.

The Palmer family is all smiles as they promote their new venture in franchise business ownership with Popbar, coming soon to Alpharetta.

Alpharetta will soon be home to the first Popbar location in Georgia.

Popbar brings its “all natural gelato and sorbetto concept,” to north Fulton.

New Georgia residents, Jamaal and Charel Palmer will be at the helms of ownership at the Alpharetta franchise location.

The sweet treat destination aims to “reinvent the authenticity” and “nostalgic feeling” of gelato in “pop” form.

A social media exploration led Jamaal and Charel Palmer to the franchise and the decision to “pop” into franchise ownership.

The husband and wife duo, have college friends who are also Popbar franchise owners in Charlotte, North Carolina.

“We were super impressed and intrigued with the product and concept,” said Charel Palmer.

All popGelato, popSorbetto and YogurtPops are “freshly made in house throughout the day in our visible ‘popLab,’” said the website.

More online research about Popbar as a franchise the Palmers decided to travel to Charlotte to meet with their friends to “take a closer look” into the concept.

“We literally sat all day long with our three children, tasting everything on the menu and watching guest reactions,” said Charel Palmer.

Jamaal and Charel returned to Popbar with her brother and sister-in-law, who also “loved the concept and product.”

“My absolute favorite is actually one of the more simple configurations: strawberry yogurt, dipped in milk chocolate,” said Charel.

She added that her husband, Jamaal “doesn’t have a favorite, yet, but he has loved everything he’s tasted so far.”

“We set up a call with franchise founder Reuben Ben Jehuda and as they say the rest is history,” she recalled.

“We felt Popbar aligned not only with our business objectives, but the culture aligned with who we are as a family and individuals,” she said.

Charel recalls it has been a long-time goal of her and her husband, Jamaal, to open their own business.

“We had explored other franchising options, but never found the one for us. Our dream is to establish a business that will give back to the community and create generational wealth for our children,” she said.

Their goal is to create something their children “can watch Mommy and Daddy build and one day take over.”

The Palmers have a desired goal to “create a legacy of service via this business,” which they will work towards in Alpharetta.

Charel and Jamaal spent plenty of time in Alpharetta prior to relocating when visiting her best friend, who lives in the city.

“We love the balance of small town and big city feel that Alpharetta has to offer and are excited about bringing Popbar to that community,” she said.

They bring with them to Popbar, decades of experience in “store operations, food service and building amazing teams.”

Charel worked in operations and human resources for Target, “running three stores, then a district of 10 stores, with roughly $300 million in business.”

Jamaal has worked in IT for Walmart since 2004, serving in many roles “supporting their HR and People Systems in the United States, Canada, Puerto Rico and the United Kingdom.”

They credited the decision of where in Alpharetta to bring Popbar, to Shaun Weinstock, their commercial broker.

“Once he understood our business model and the recipe for success, he was able to guide us to locations who would provide that. We fell in love with Halcyon immediately. The concept, the leasing team and owners have been awesome,” she said.

The Palmers are fully committed to “continue and elevate the tradition of offering an amazing product, that is made fresh daily and also create an unforgettable customer experience; which are two of the hallmarks of Popbar as a whole.”

Popbar Alpharetta will be ‘poppin’ up’ soon in Alpharetta.

The Neighbor will provide details on the location and opening as they become available.

Alpharetta will soon be home to a "handcrafted and fully customizable" take on a classic treat.

Work ramping up for Nov. 3 election in Polk County

2nd GOP senator a 'no' to filling court seat before election