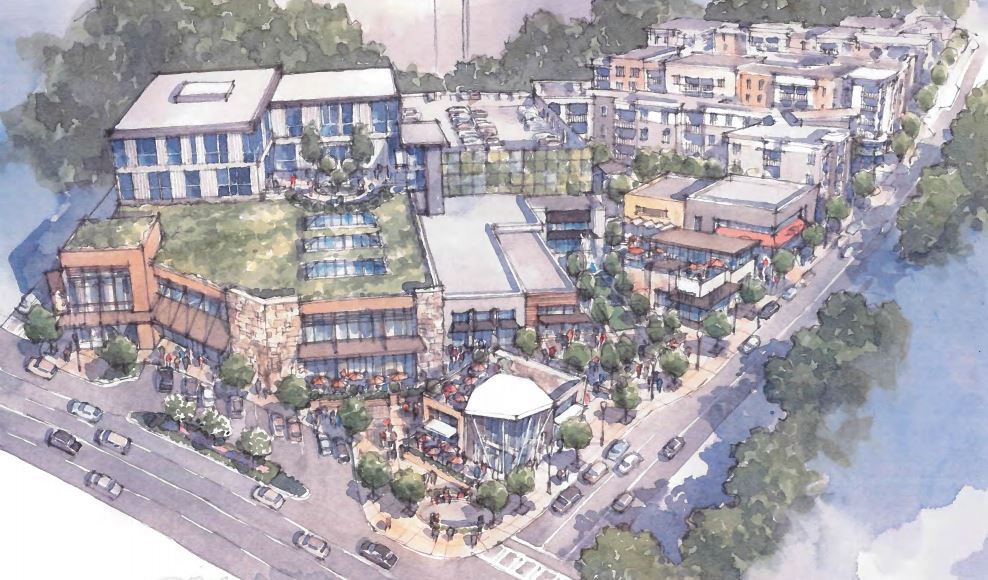 A rendering of the proposed project. 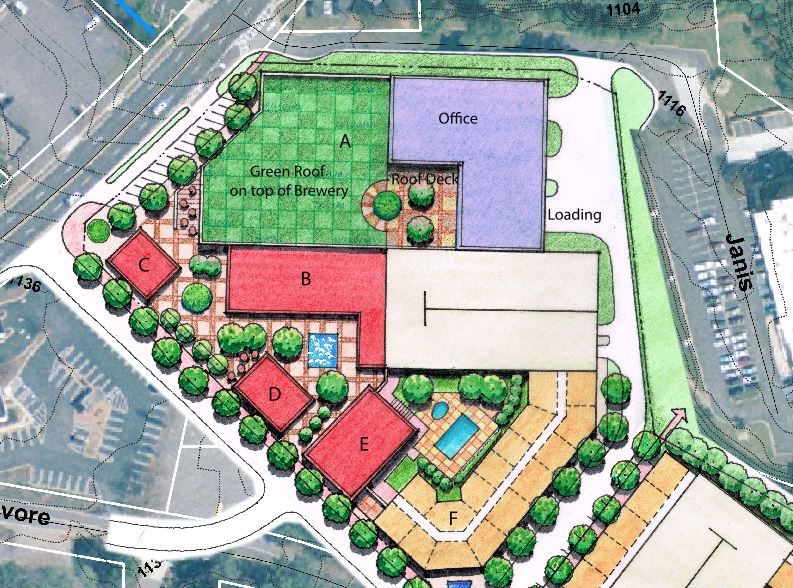 Site plans for the proposed development at Devore Road and Main Street.

A rendering of the proposed project.

Site plans for the proposed development at Devore Road and Main Street.

“All of this is within easy access of the other aspects of the downtown core area,” said Probst. “One thing that has been studied and is in the plans is a walkway that bisects the property and provides access to shopping and other facilities in the downtown.”

Probst’s vision is part of a proposal by Downtown Main LLC/Duke Land Group to redevelop the 12-acre site at Main Street and Devore Road in downtown Alpharetta. As proposed, the development could feature a 60,500-square-foot brewery, 29,000 square feet of retail space, two restaurant designations at a cumulative 6,500 square feet, 80 condominium units, a six-story parking deck, a six-story multi-family building with 200 units, and 64 single-family detached homes.

With their application, the developers are asking to change the C-2 (Commercial) zoning to DT-MU (downtown mixed-use) zoning, with variances to allow a 5-story building, apartments, attached and detached homes to "facilitate the rehabilitation of a downtown site that has been dilapidated for years and is in poor quality today."

“We’re excited about this,” said Probst, who’s been in the business of development for nearly 60 years. “I know that mixed-use has been a standardized concept in recent years, but this is one that really lends itself -by location- to something that really makes sense. It’s surrounded by elements that are compatible with what we’ve designed. We’re very proud of the design, and this is the last biggie I’m gonna be doing, so that’s pretty special to me.”

Alpharetta City Councilman Mike Kennedy said he sees the appeal of the project, which would, he said, share “some similarities with the City Center project, which is about to get underway in front of city hall” and be “more village-oriented than a regional project like Avalon.”

“Generally speaking, this is the type of redevelopment we hoped to encourage as far back as 2011 when we designated much of South Main Street for mixed use development,” Kennedy said. “More recently, we further defined in the new Downtown Master Plan what that development should look like in terms of uses, densities and architecture.”

But while the plans show promise, Kennedy said there are many aspects the council must consider.

“As initially filed, the project's residential densities and building heights exceed what's allowable in the ‘Downtown-Mixed Use’ zoning category without a conditional use permit or a variance granted by city council. It's not uncommon for those issues to be addressed and revised by the developer prior to the public hearing date.”

Modification, Probst said, is part of what could turn out to be a lengthy process. If the rezoning is approved, the project would then need multiple additional approvals, hearing and permits, “so it’s easily more than a year before you have plans that are approved to begin the land development process.

Then you have onsite prep and construction,” Probst said.

Items forwarded by the Planning Commission will be considered by the City Council on Monday, Nov. 14 at 6:30 p.m. in the Alpharetta City Hall Council Chambers.