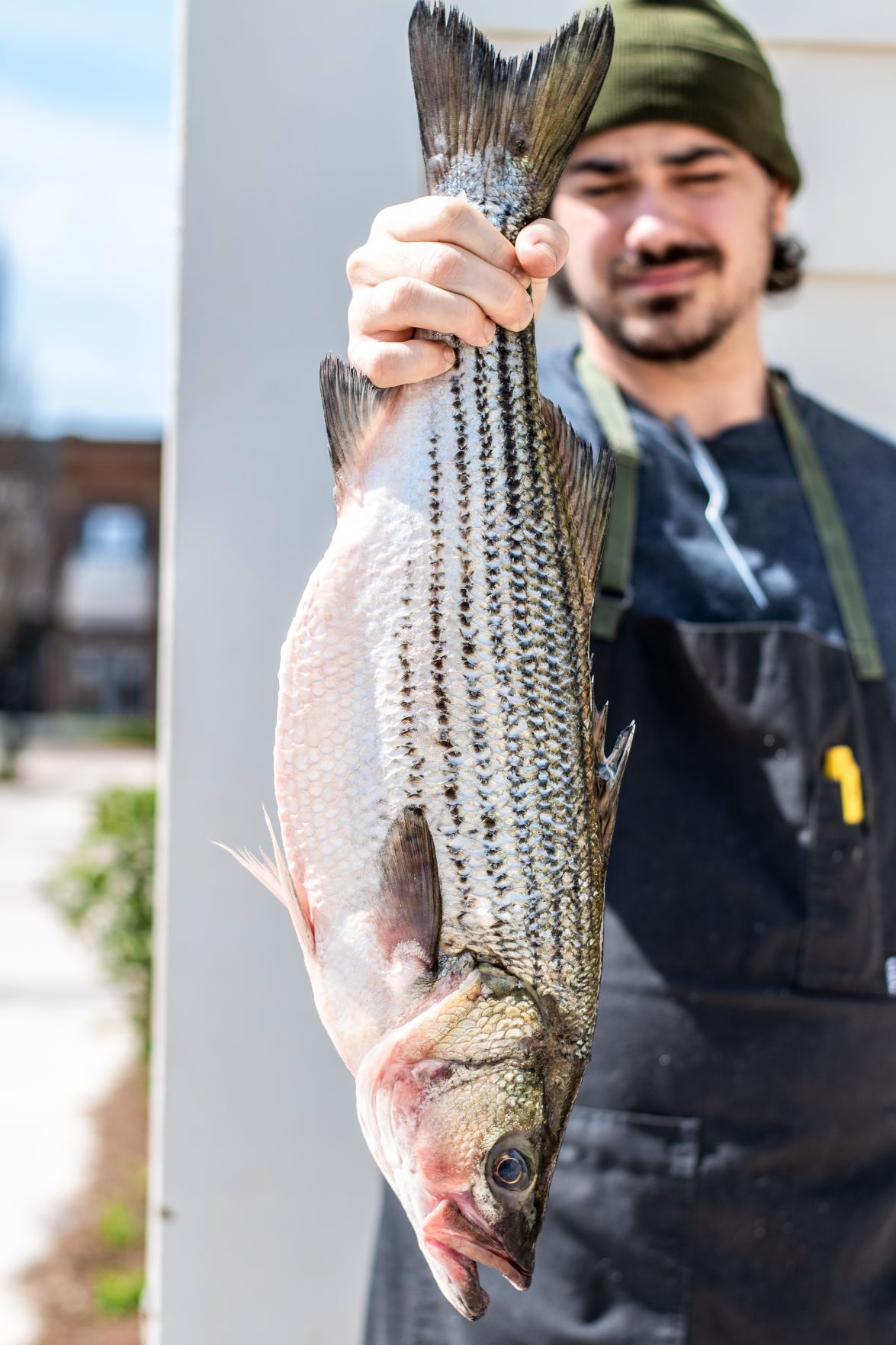 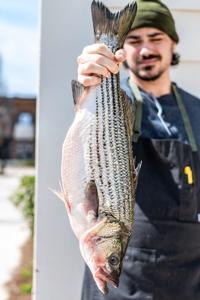 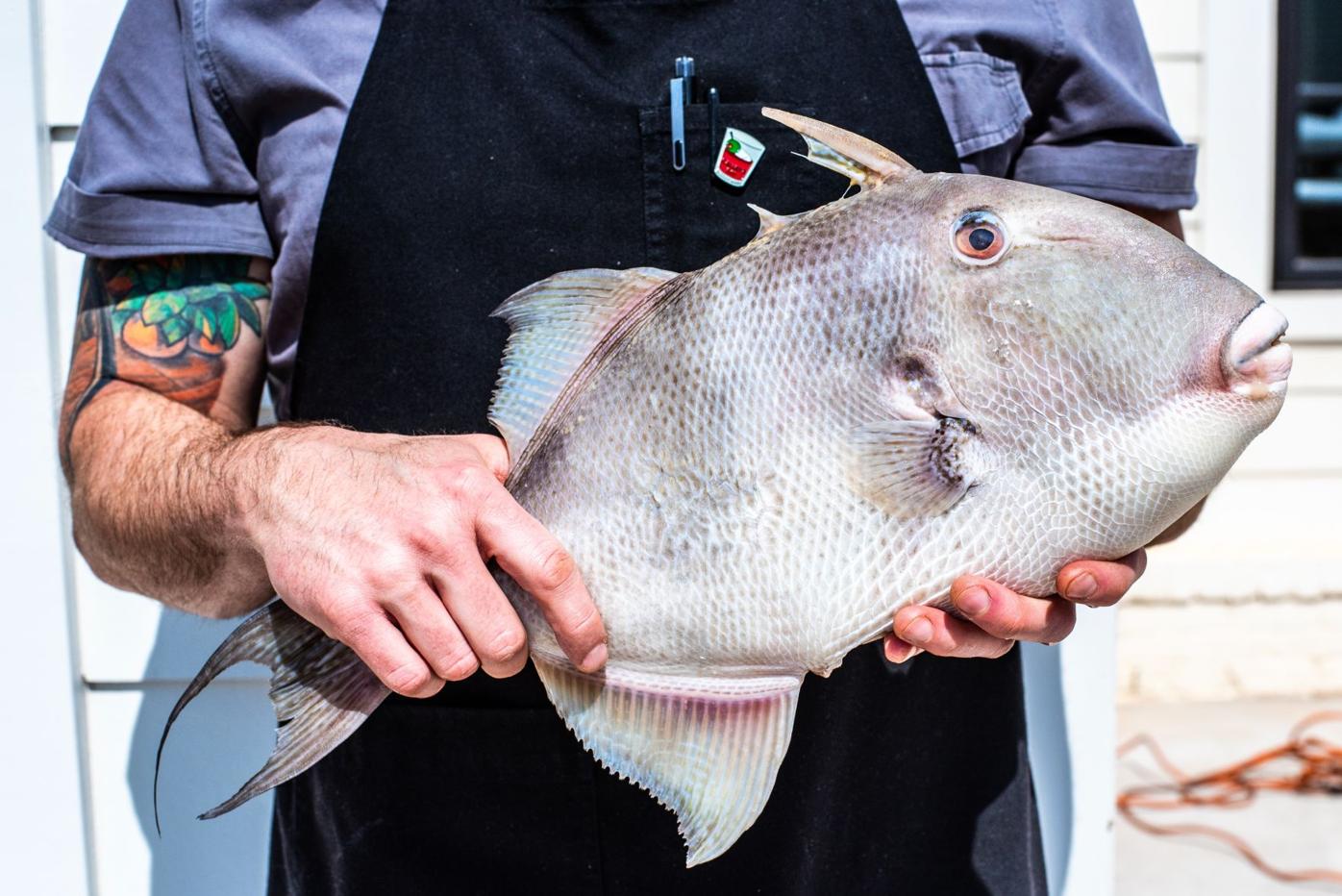 An offering of fresh fish, which will be the focus of Lapeer's menu. 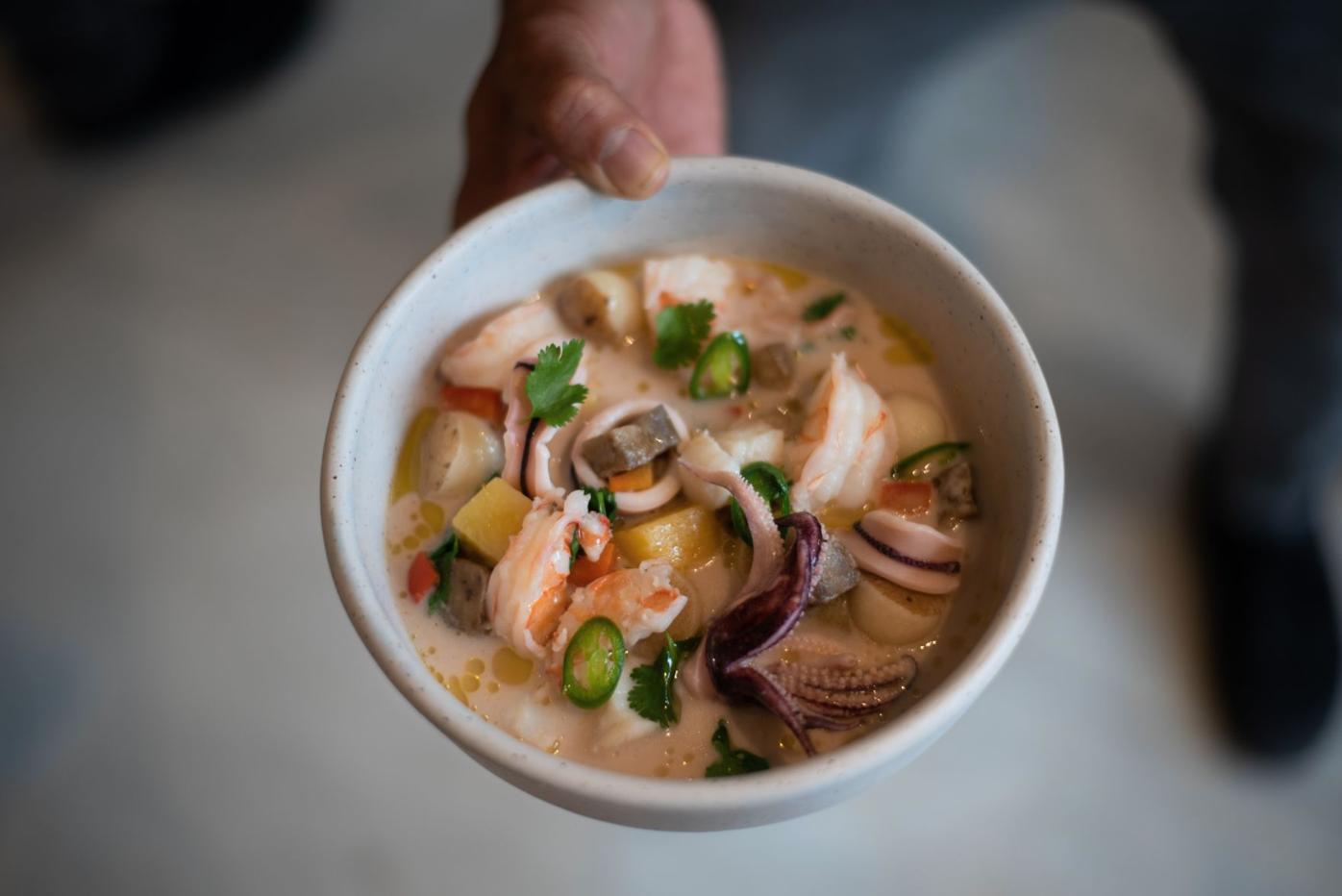 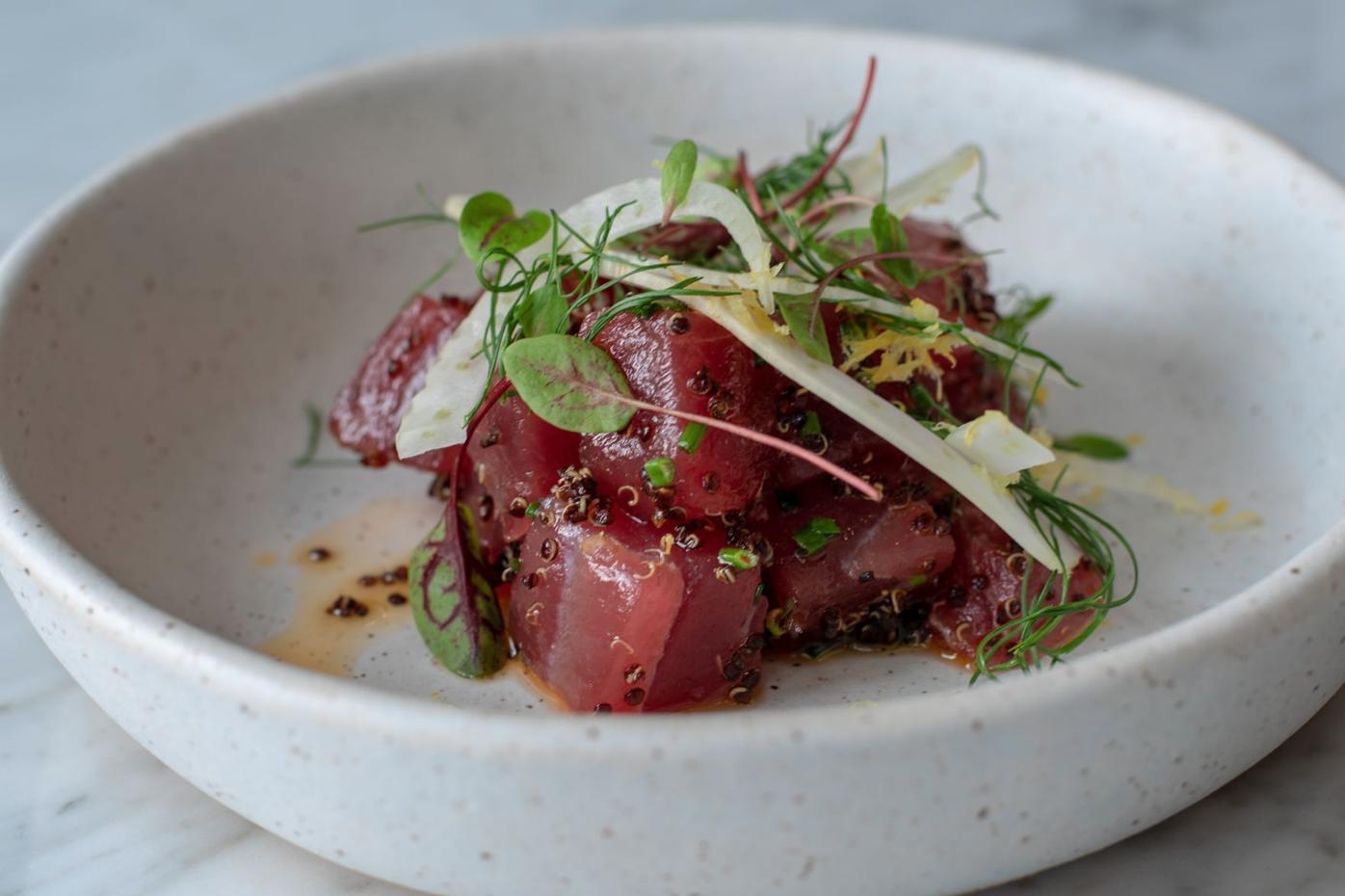 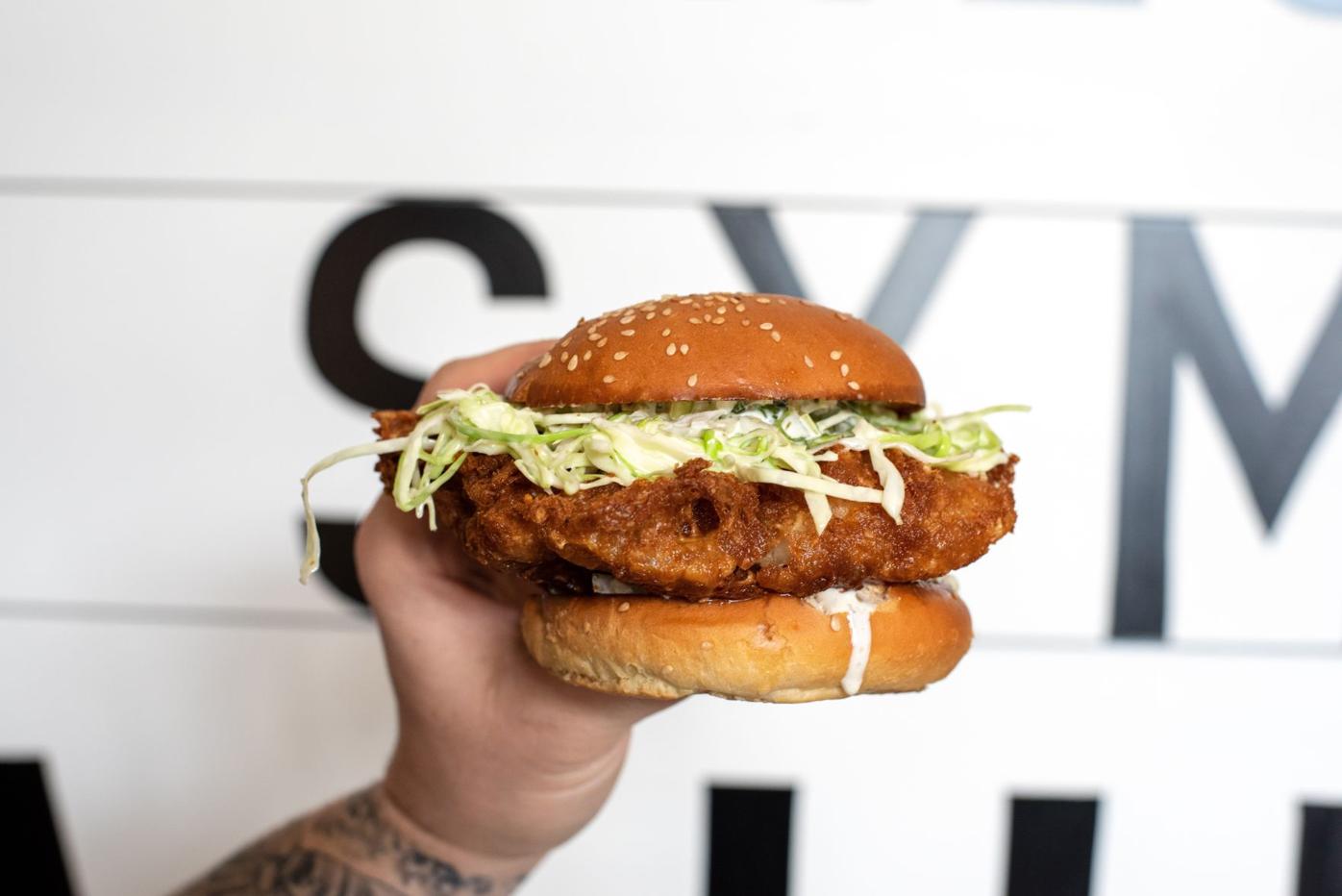 An offering of fresh fish, which will be the focus of Lapeer's menu.

Inspiration is drawn from “relaxed beach towns along the East Coast, like surfer favorite Montauk,” according to a news release.

Initial plans include opening daily for dinner service with plans to expand to lunch and weekend brunch service in the future.

The menu will feature “a hyper-seasonal seafood menu of day-boat fish, including East Coast and Gulf oysters, wild-caught fish and shrimp from along the Gulf of Mexico, crabmeat from Bayou la Batre and tuna from Louisiana.”

Guests can anticipate “family-style shared plates and daily specials” and a raw bar.

The raw bar will highlight classics like oysters, crudo and seafood towers.

Food offerings will be accompanied by a selection from Lapeer’s “refreshing beverage program,” with “mezcal” as a key ingredient.

Laper is anticipated to have “over 100 different mezcal varieties” available for one and two-ounce pours.

The drink program will also deliver a “seasonally driven lineup of craft cocktails designed to spotlight different expressions of ‘mezcal,’ based on terroir and agave varieties.

Within the 3,000-square-foot restaurant are tall 15-foot ceilings with a “clean and relaxed interior.”

Custom white and matte green tiles, white slat walls and brass finishes are intended to be throughout the restaurant.

Guests will have a “front-row view into the restaurant’s kitchen,” which will feature a “state-of-the-art Hestan Suite.”

Lapeer is “one of the few restaurants in Georgia to house the award-winning culinary equipment.”

A glass ceiling and walls will encompass the patio space.

“The expansive and airy patio will be temperature controlled and allow guests to dine comfortably no matter the season,” said a release.

Several existing members of the Maven Restaurant Group team will run the food and beverage program at Lapeer.

Owner Louis Soon is planning to oversee the wine program and Andy Long will continue to serve as Culinary Director for all concepts under the Maven Restaurant Group umbrella.

Lepeer Seafood Market will be within Alpharetta City Center at 12 North Broad Street.

More information is available at www.lapeerseafoodmarket.com.

The group is also behind another forthcoming concept, Handlebar also planned for Alpharetta; plus Butcher & Brew 2 and Tocayo in Forsyth County.

More information is available at www.mavenrestaurantgroup.com.

Some states allow ballots if voters die before Election Day