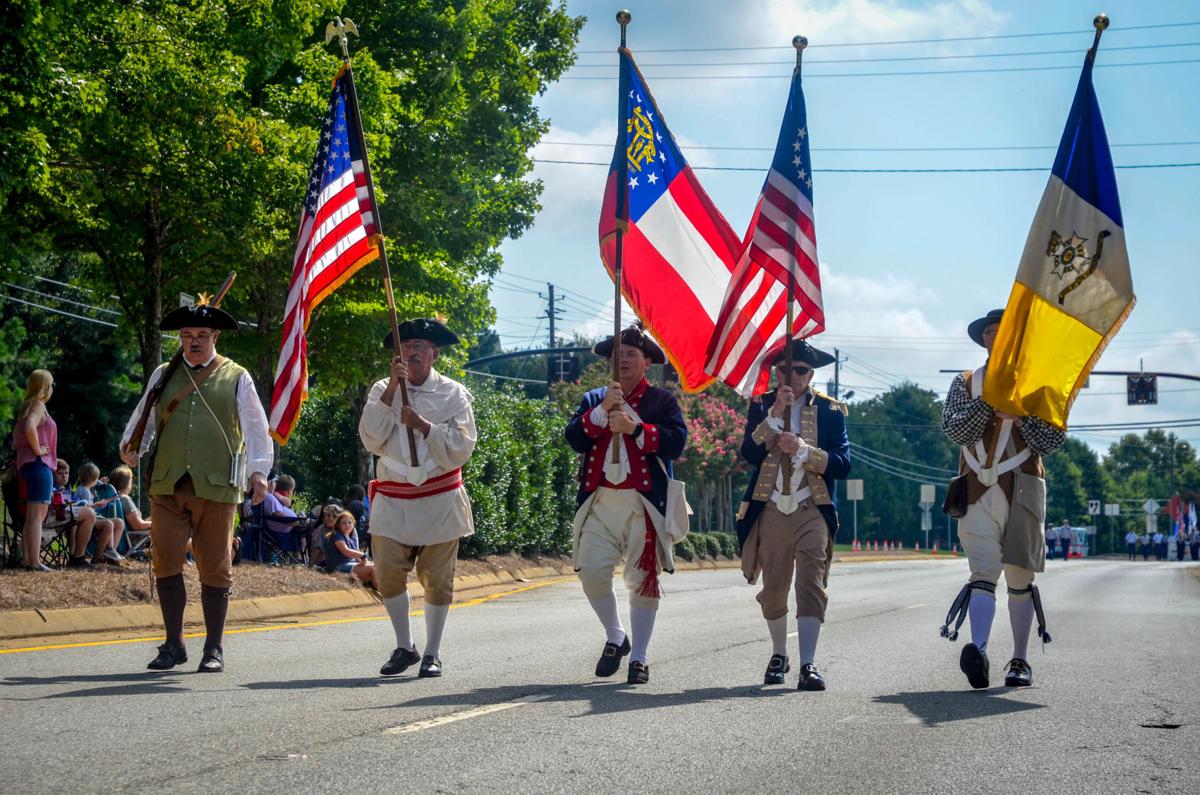 A color guard presents the colors at this year’s Old Soldiers Day Parade. 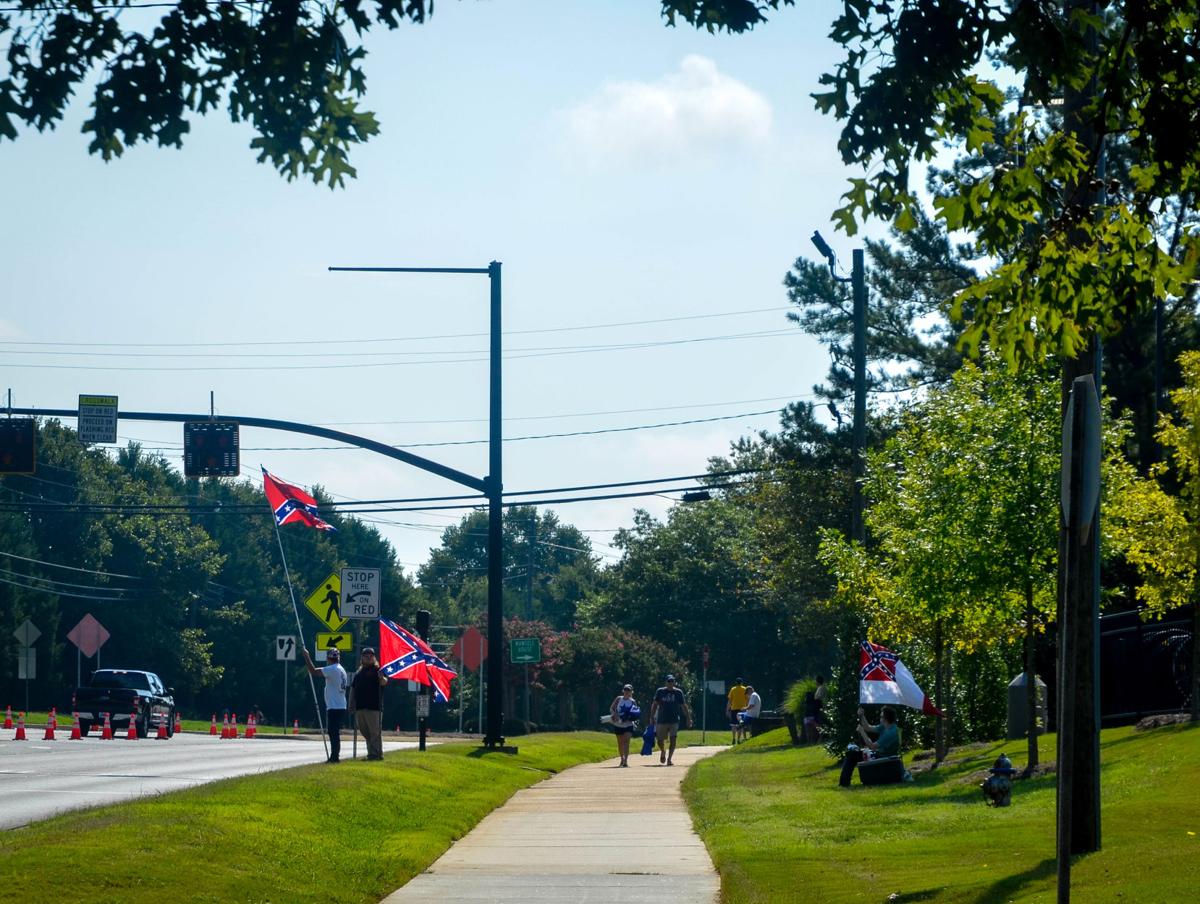 A handful of parade goers still flew the confederate flag during this year's parade.

A color guard presents the colors at this year’s Old Soldiers Day Parade.

A handful of parade goers still flew the confederate flag during this year's parade.

The city of Alpharetta announced it will stop funding the annual Old Soldiers Day Parade, largely due to the controversy surrounding the Sons of Confederate Veterans.

During its Dec. 9 meeting, the Alpharetta city council approved a resolution to cease funding for the annual Old Soldiers Day Parade. A recent review of events funded in whole or in part by the city noted that the city’s costs for the 2019 event amounted to more than $20,000.

“Sadly, a wonderful event that brings the people of Alpharetta together to celebrate United States veterans has become a platform for outside groups to champion their own personal agendas,” Mayor Jim Gilvin said. “So, under these circumstances it is no longer appropriate for the city to use taxpayer money to fund such an event.”

Tensions about the confederate flag have been growing, and in 2017 escalated further following the white supremacist rally in Charlottesville, Virginia. The rally turned deadly when a car plowed into a crowd of protesters, killing 32-year-old Heather Heyer.

Alpharetta assistant administrator James Drinkard said after the events in Charlottesville, the city asked the Sons of Confederate Veterans to not fly the confederate flag in that year’s parade.

“While they initially agreed to not use the flag that year, they unfurled them once the parade began,” Drinkard said.

The controversy continued when the Roswell Mills Camp 1547 Sons of Confederate Veterans were told they could march in this year’s parade without the confederate flag. However, the group denied that option, saying no one would recognize them without it.

Despite the group not marching, several parade goers brought confederate flags to fly from the sidelines.

As a result of not being allowed to carry the flag, the Sons of Confederate Veterans filed a lawsuit against the city of Alpharetta, saying the city was denying them their first amendment rights.

“While we sincerely hope private organizations will continue to host the parade,” Gilvin said, “recent lawsuits by individuals affiliated with the Sons of Confederate Veterans have caused additional financial burdens to Alpharetta taxpayers while creating unwelcome distractions which defeat the whole purpose of public support for an event intended to unite our community in celebrating the heroes who make this great nation possible.”

The parade began in 1952 as a way to remember and memorialize Civil War soldiers and is sponsored by the American Legion Post 201 in Alpharetta.

“We are obviously disappointed in Monday night’s vote to end a nearly 70-year partnership to honor America’s veterans and active duty military,” American Legion 201 commander Pete Esker said. “The Post’s officers, board and members will decide about our role in the future of any parade without participation of the city of Alpharetta.”

The Georgia Sons of Confederate Veterans spokesperson Martin O’Toole said they will inquire about helping fund the parade in the future.

“It’s a shame that the city and the bureaucrats decided that they don’t want to support the veterans any longer,” O’Toole said. “Now that the city won’t support it any longer it may well be suspended.”

Organizer Paulding County Rotary Club handed out awards to private companies, churches, nonprofits and more based on their showings in the 201…