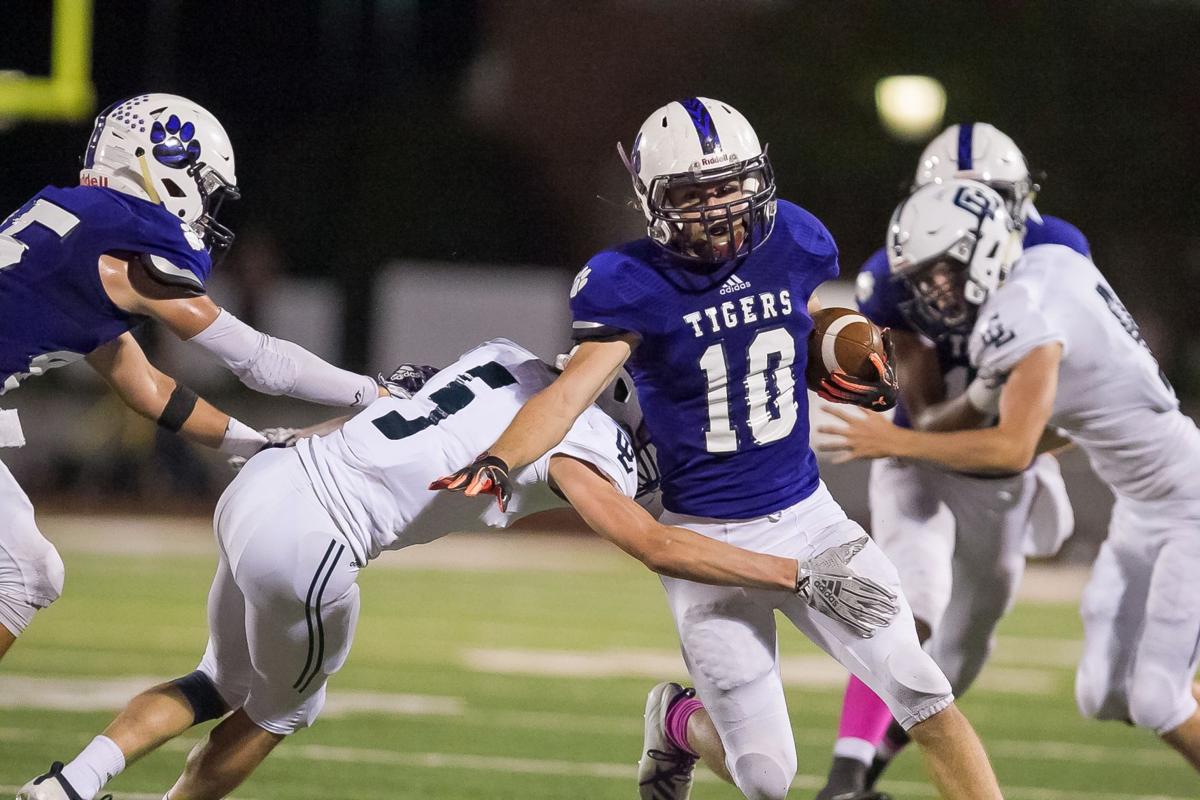 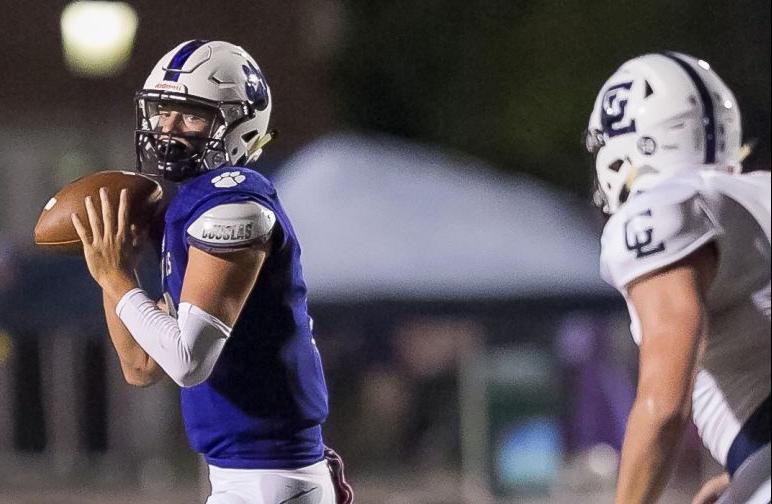 Darlington quarterback Griffin Brewster rolls out of the pocket to pass the ball during Friday’s game against Gordon Lee. 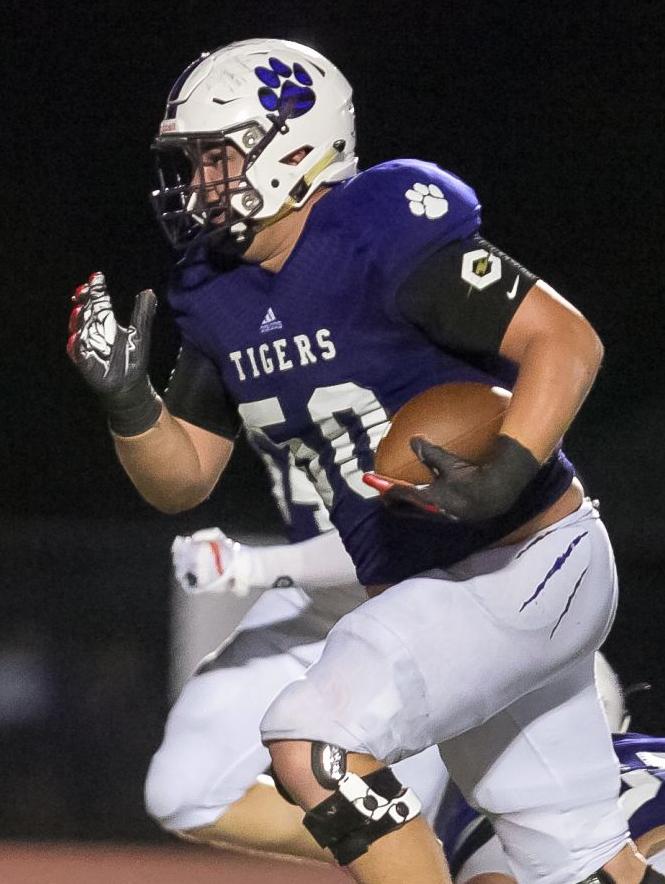 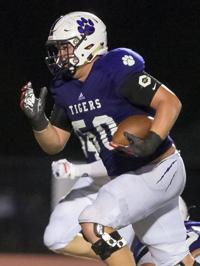 Darlington’s Tate Ratledge runs toward the end zone after scooping up a Gordon Lee fumble during Friday’s game.

Darlington quarterback Griffin Brewster rolls out of the pocket to pass the ball during Friday’s game against Gordon Lee.

Darlington’s Tate Ratledge runs toward the end zone after scooping up a Gordon Lee fumble during Friday’s game.

After Darlington gave up 20 unanswered points to Sonoraville two weeks ago, Tiger head coach Tommy Atha had a goal in mind for his team this week — get off to a quick start and keep it going.

That was punctuated Friday night with two touchdowns in the first six minutes of the game and a 57-6 blowout victory over Gordon Lee at Chris Hunter Stadium.

“We didn’t finish great against Sonoraville, and that’s something we really talked about,” Atha said. “You get momentum, you get up, you’ve got to close things out, so we talked about taking that next step — not relaxing and playing for 48 minutes.

“Boy, we really came out and did it.”

The win is the fourth straight for Darlington and the biggest win the Tigers have ever put up against the Trojans. The game was the Region 6-A opener for the two squads, who are both in the “A” subregion.

“We wanted to get off to a fast start,” Atha said. “We haven’t gotten off to a very good start against Gordon Lee for the past several years, and that’s a tribute to them because they always play tremendously hard.”

The defense shined for the Tigers (4-0, 1-0 6-A/A) as they held Gordon Lee to 174 yards of offense. The defense also got in on the scoring when Cade Brock — who’s committed to UGA as a preferred walk-on — forced a fumble on the Trojan’s first play from scrimmage of the third quarter and fellow Georgia commit Tate Ratledge scooped the ball up and ran 25 yards for a touchdown.

The Tigers’ secondary also played a big role with Kobe Nadu and Hampton Watkins each hauling in an interception.

“We’ve hung our hat defensively for years and years and that doesn’t change,” Atha said. “We’re a pretty physical football team and we bent at times but made plays when we had to. I was really proud of my secondary. Regardless of how many points you score, when you’re playing good defense you’ve got a chance to win football games.”

The Tigers scored another touchdown less than a minute earlier in the third when Kolin Rogers scored on a 5-yard run — his fourth and final of the night — for a 43-0 score. Rogers finished with 76 yards on 13 carries.

“You know what you’re going to get every week,” Atha said about Rogers. “He understands where to fit running the football in our scheme, and that makes a big difference. He doesn’t need a huge hole. The kid needs a crack and then he can get in there and get behind his pads.”

Rogers’ efforts in the backfield allowed quarterback Griffin Brewster to open up the passing game, going 13-of-17 for 131 yards and two touchdowns. Brewster and the Tigers were able to spread the ball around against the Trojans as five different receivers caught passes.

Watkins led the receiving core with four catches and 44 yards. Trystin Wright, Gil Mauer and Patrick Shelley each had three catches for the Tigers, and Wright had 46 yards and two touchdowns. Darlington’s final touchdown came on an 11-yard run from Darius Smith.

The Tigers kept the Trojans (2-2, 0-1) out of the end zone until late in the game when Nate Dunfee broke loose for a 24-yard touchdown run as time expired. Dunfee finished with 34 yards on seven carries, and Colby Casteele led the Trojans on the ground with 40 yards on 13 carries.

The Tigers will continue region play next Friday when they head out on the road to face Mt. Zion-Carroll.