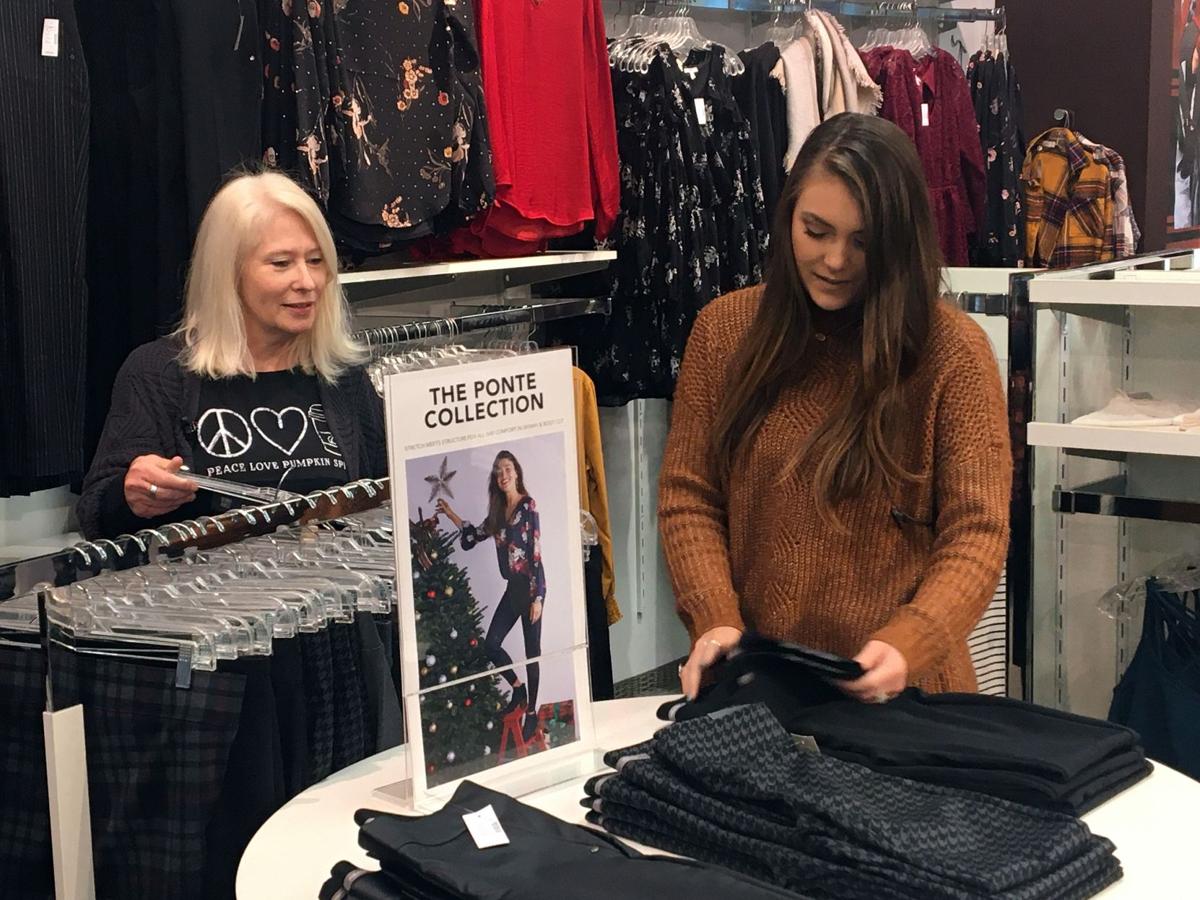 Frankie Ford (left) and Shannah Hammons work on a display table in Maurice’s in Mount Berry Mall. This is the time of year when retailers often bring on additional staff or employees can get some overtime to boost their paycheck. 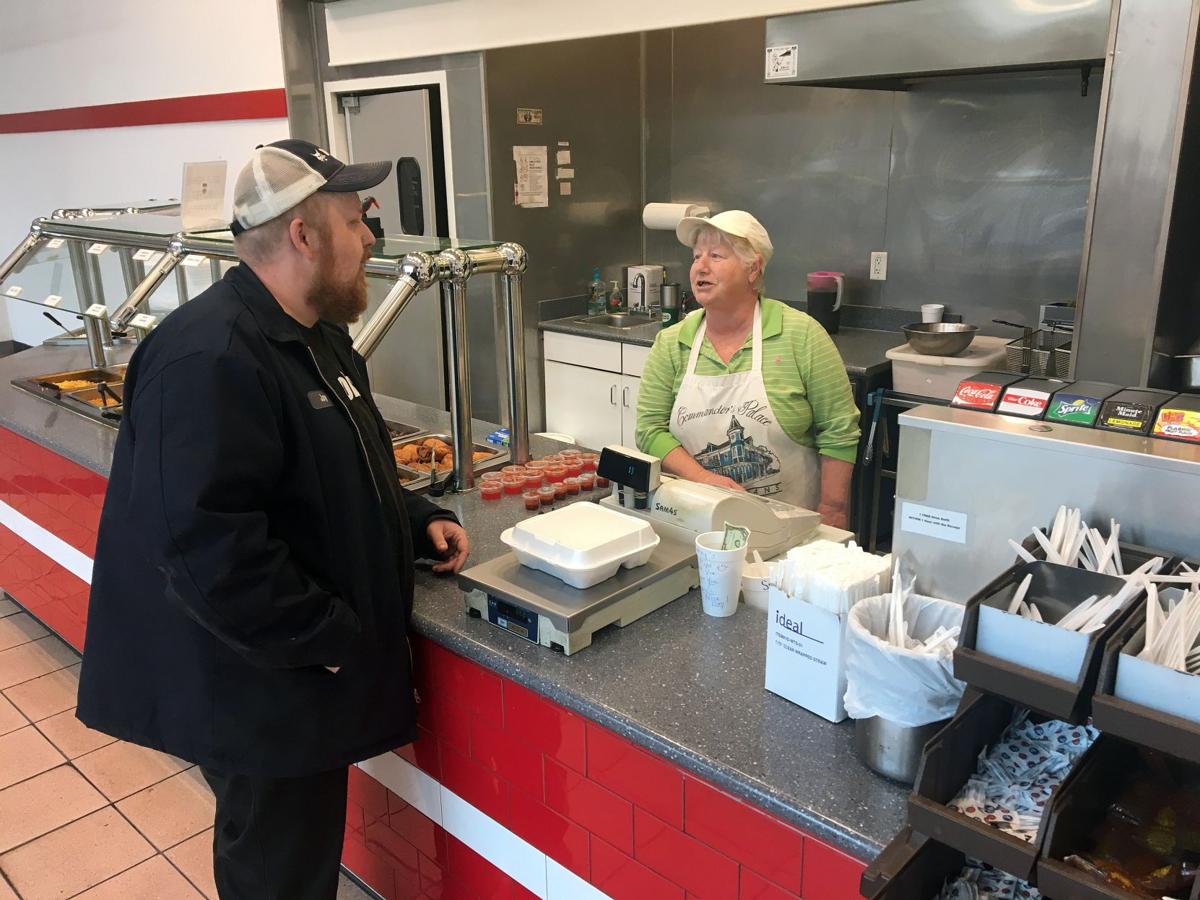 Jay Howell (left) buys some lunch from Audrey Willerson at one of the food service locations in Mount Berry Mall. 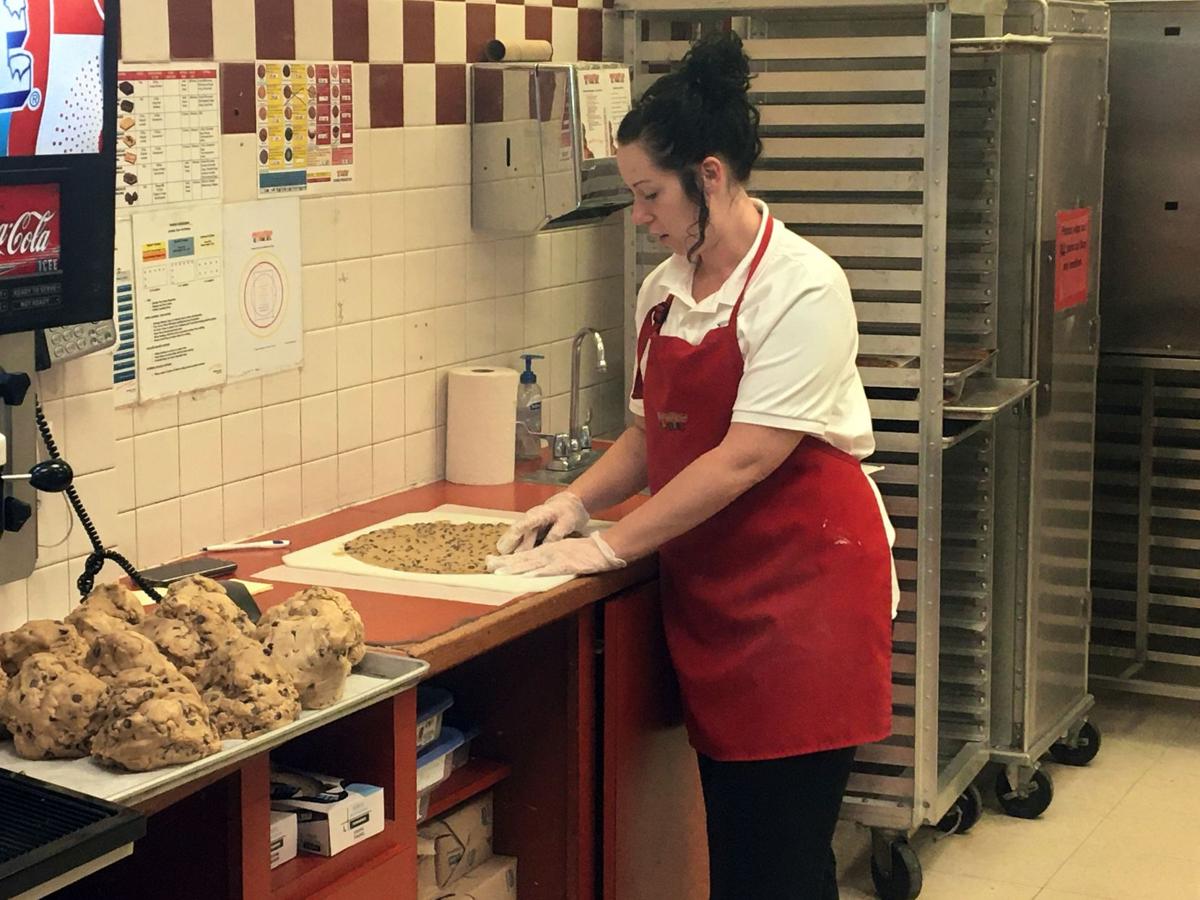 Courtney Weaver is part of the relatively new staff at the Great American Cookie Co. in Mount Berry Mall.

Frankie Ford (left) and Shannah Hammons work on a display table in Maurice’s in Mount Berry Mall. This is the time of year when retailers often bring on additional staff or employees can get some overtime to boost their paycheck.

Jay Howell (left) buys some lunch from Audrey Willerson at one of the food service locations in Mount Berry Mall.

Courtney Weaver is part of the relatively new staff at the Great American Cookie Co. in Mount Berry Mall.

Floyd County residents led the way across the Greater Rome area in terms of personal income growth in 2018.

Data from the U.S. Bureau of Economic Analysis indicates that per capita personal income grew by 4.1% from 2017, to $38,524 for Floyd County residents. On average, that would represent an hourly wage of approximately $18.50.

“That is a positive economic indicator,” said Missy Kendrick, president of the Rome-Floyd County Development Authority and lead recruiter for new jobs. “We want to take a look at the poverty level, per capita income and population. Those are all economic indicators that we need to keep in mind as we move forward.”

Ten years ago, Floyd County’s per capita annual income was $29,922.

While all of the counties showed positive growth across the Coosa Valley, the growth did trail the national non-metropolitan rate for the nation as a whole, which was 4.8%. The rate for the entire state of Georgia was up 4.3%.

Retired Georgia Highlands College professor of economics Bruce Jones said the increase is good news, but that he is a little disappointed that the Floyd County rate of growth did not keep pace with the state rate of growth. The per capita income figure for the entire state of Georgia was $46,482.

“Those are just great job opportunities for our area,” Krueger said. “With the investments that International Paper, Georgia Pacific and Ball Container have made, they will help our efforts.”

All three companies have announced multimillion dollar investments in their Rome and Floyd County operations within the past year.

Krueger explained that one of her goals at the Chamber to grow jobs is to make sure the community is doing everything possible to make sure the per capita income equals, if not exceeds, the state average.

Eric Waters, CEO and principal of the Floyd County College & Career Academy, believes that education is one of the keys that can unlock the door to higher income figures, particularly for young people willing to put in the work to improve their workforce skills.

Waters said students who attend the College & Career Academy engineering program will graduate with two technical college credits from Georgia Northwestern Technical College. Completion of a technical certificate from GNTC, he added, would bring an average pay rate of $20 to $25 per hour.

“Completion of an associate degree would average $25 to $30 per hour and completion of a college degree in engineering from a four-year school could bring $60,000 to $100,000 a year,” Waters said.

Students graduating from the academy’s welding program could start in jobs with income ranging from $28,000 to $53,000 a year, he said.

Jones pointed out one of the silver linings to the report is that income growth in 2018 did outpace the inflation rate.

“Any time you break what the inflation rate is, then that means that a household actually has more money that they can spend,” Jones said.

While Floyd led the way in terms of growth, its per capita income figure still slightly trails Whitfield County’s, where residents earned $38,752 on a per capita basis in 2018.

Kendrick said when she is out recruiting she wants to raise the tide of income for all jobs within the community and tries to focus on jobs that pay more than the average wage.

“That doesn’t mean that we’re going to turn down jobs that pay less, because there is a place for all of those wage-ranges within a community,” she said.

Kendrick was able to access data that indicates the average manufacturing wage for workers in Floyd County for the first quarter of 2019 was $1,122 a week, which was slightly higher than the average for the entire regional labor market.

In terms of recruiting new jobs, Kendrick said that warehousing and distribution operations tend to create a lot of jobs nowadays but that goods-producing jobs do typically pay a higher wage.

Pickens County continues to lead the 15-county Northwest Georgia region with a per capita personal income figure of $47,887. Murray County remains the lowest in the region at $29,968.