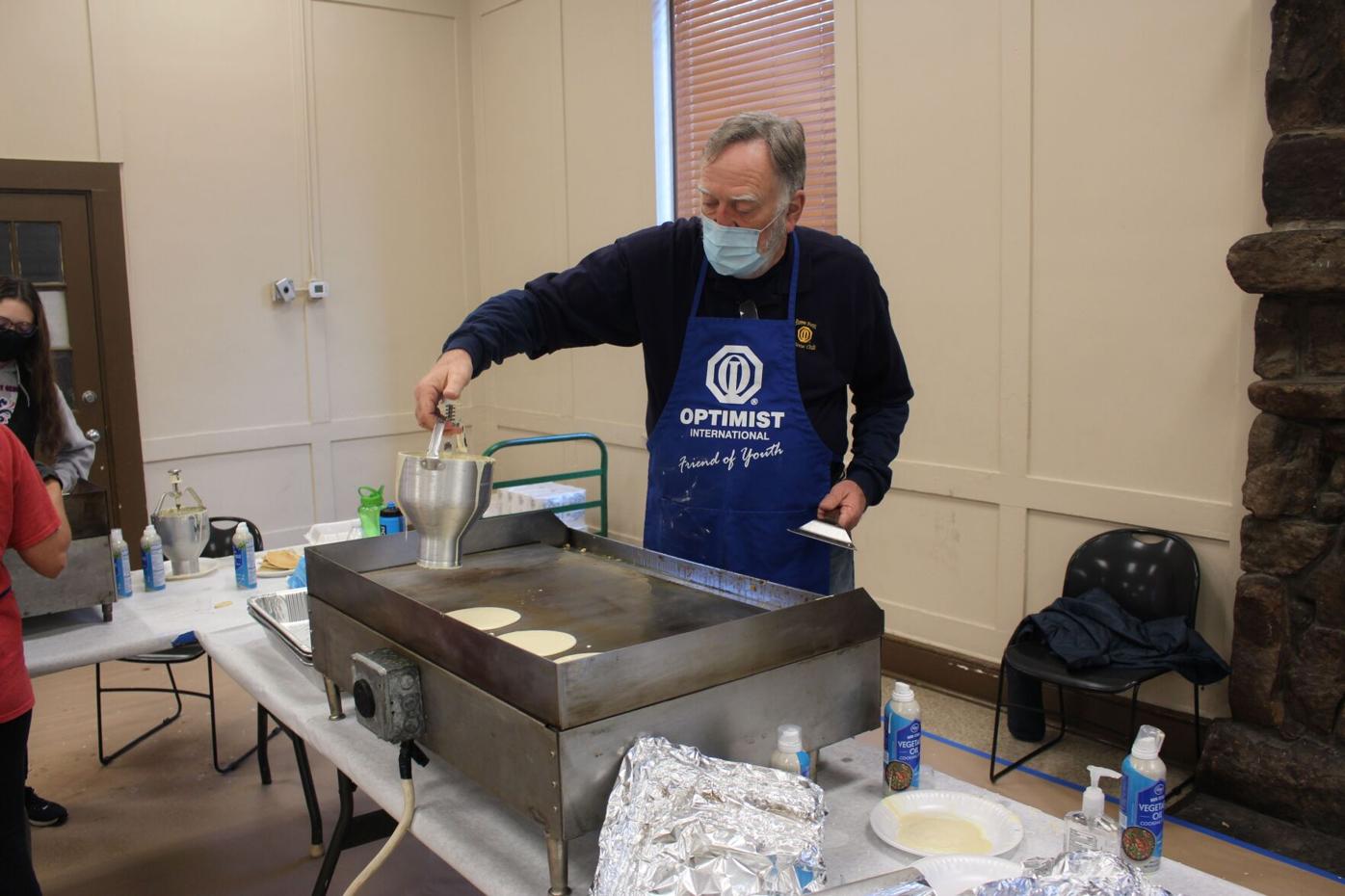 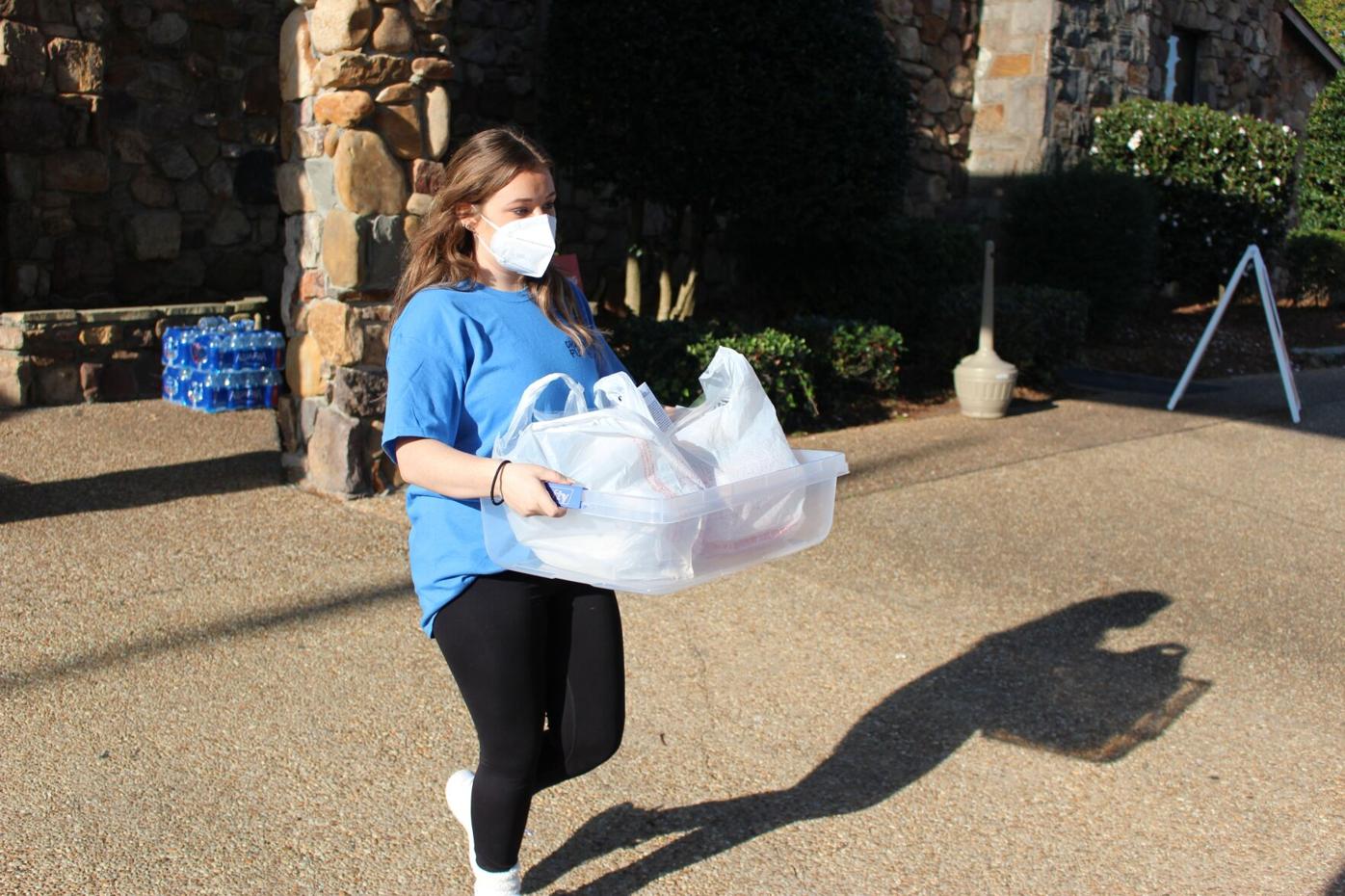 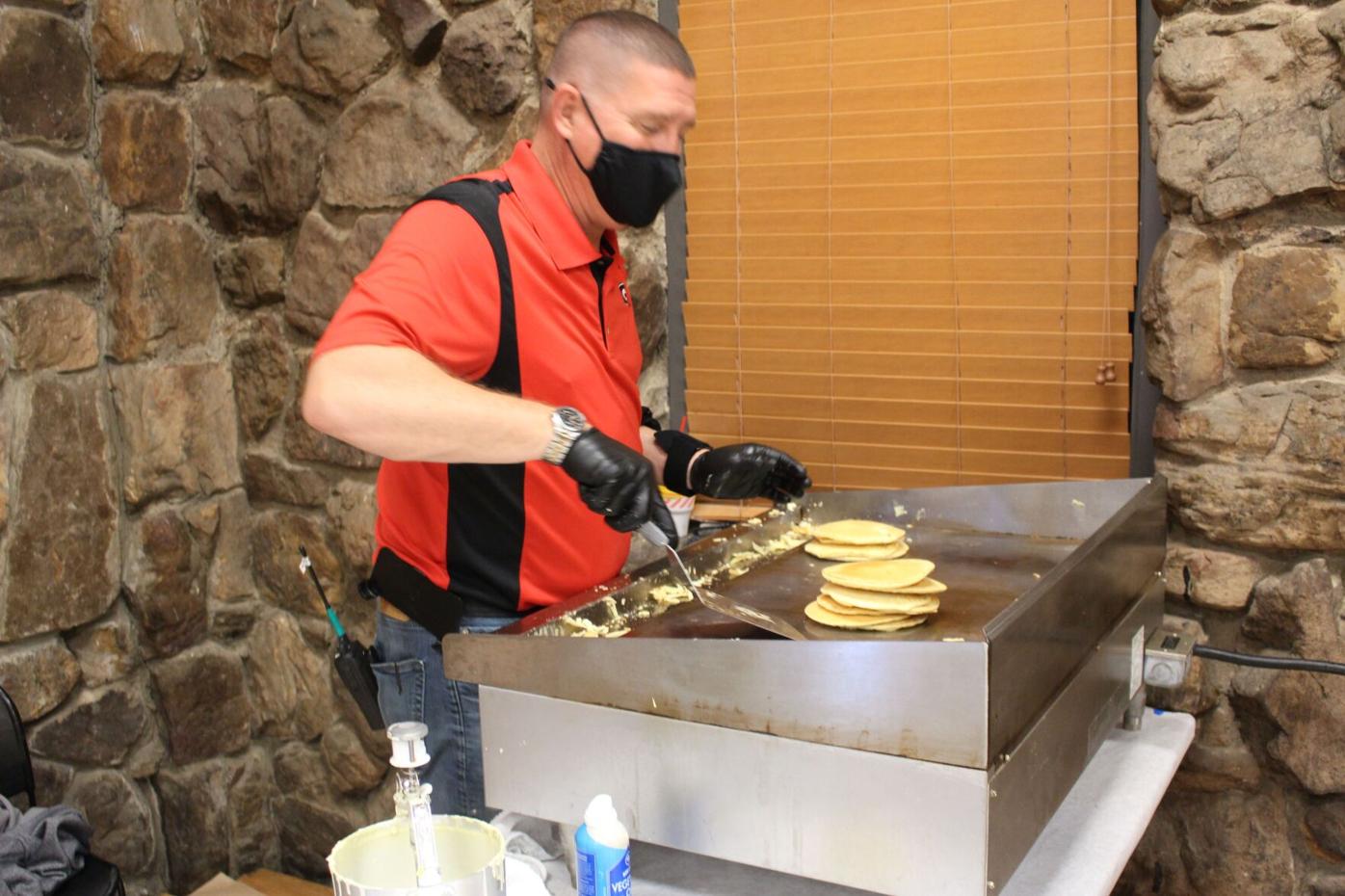 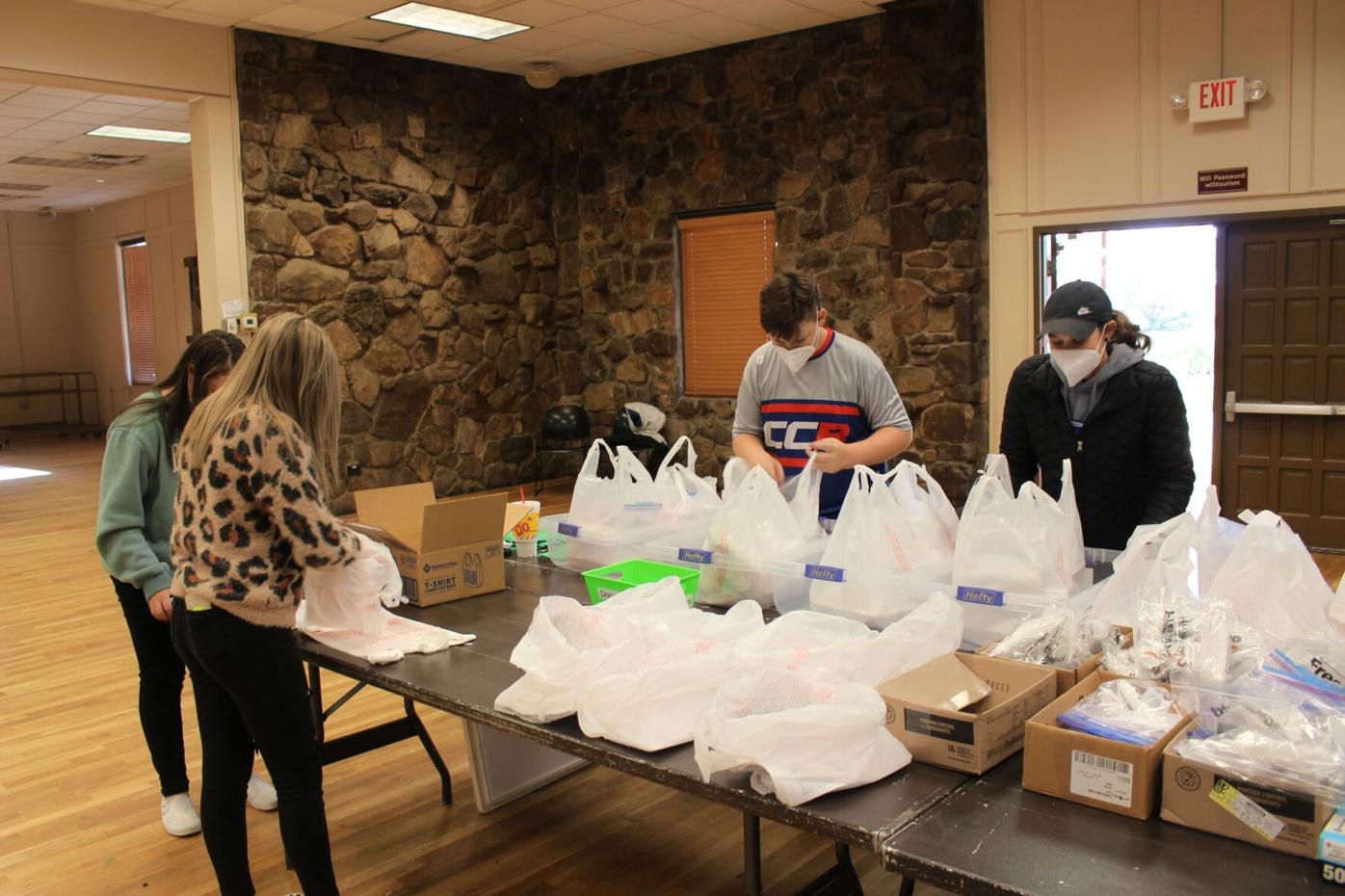 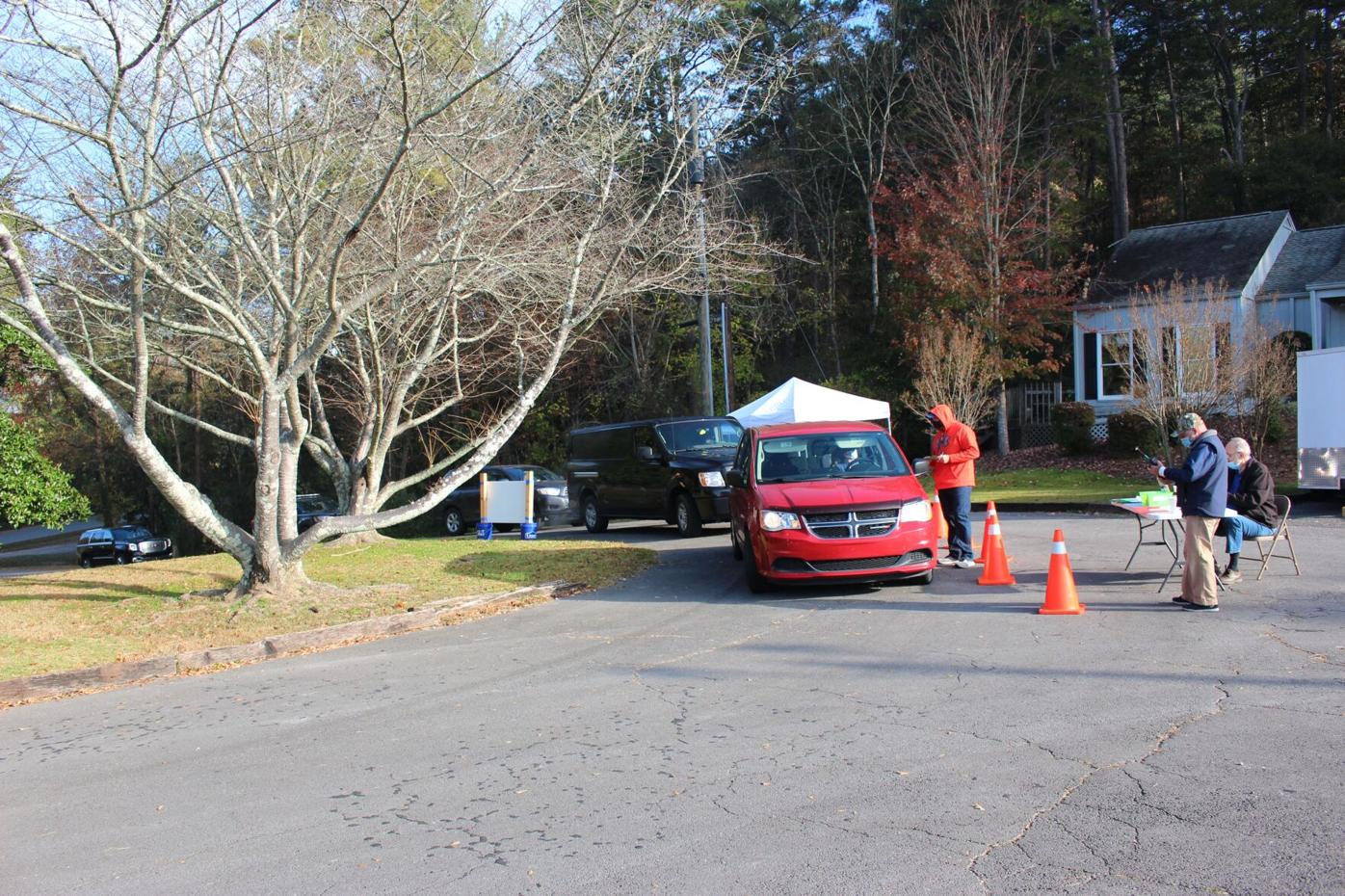 Cars begin to line up at the Civic Center parking lot for the Noon Optimist Club's drive-through pancake breakfast and fundraiser Saturday morning. 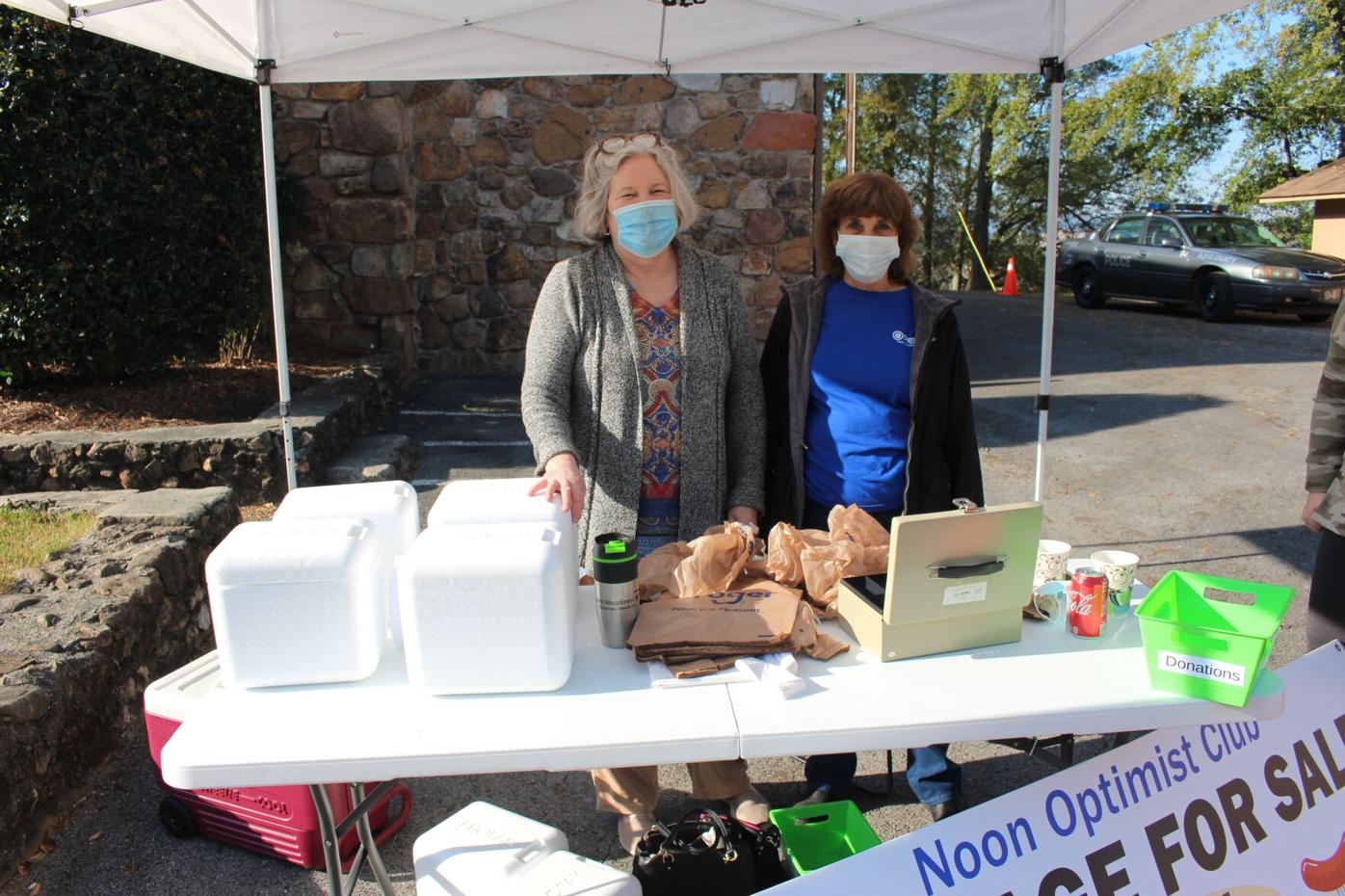 Cars begin to line up at the Civic Center parking lot for the Noon Optimist Club's drive-through pancake breakfast and fundraiser Saturday morning.

The Rome Noon Optimist Club held its 60th Pancake Breakfast bright and early Saturday morning as a drive-through only event, after months of deliberations on how the COVID-19 pandemic would affect the annual fundraiser.

As cars pulled into the Rome Civic Center parking lot, club members took tickets and money and directed them toward the drive-through. From there, drivers handed in their tickets and volunteers signaled the order to the people inside. After the boxes were put together, high school student volunteers brought the food out to the cars.

The whole thing ran pretty smoothly, according to organizer Robert Early. Although they didn’t have the usual turnout, Early felt that they were getting a good number of people pulling in.

“People have adapted to it pretty well,” Early said. “It’s a blessing and a miracle.”

Carol Willis said it’s hard to tell how many people were coming by, since they all stayed in their cars and some ordered as many as 10 pancake and sausage boxes to go.

Some of the volunteers included students from all over the area who are in the Drug Free Future Club. Founder Sara Silvers, who is a 15-year-old Model High School student, started the club a few months ago and estimates there are around 200 club members from different schools.

The club’s goal is to keep students from vaping, smoking, drinking and doing other drugs. They work with the Optimist Club as well as Floyd Against Drugs.

Silvers said she felt good about how the fundraiser was going, saying she was even making new friends.

“It feels good to do stuff for people and serve my town,” she said.

While many of the volunteers were proud of the drive-through breakfast, they hope they can return to the sit-down event next year.