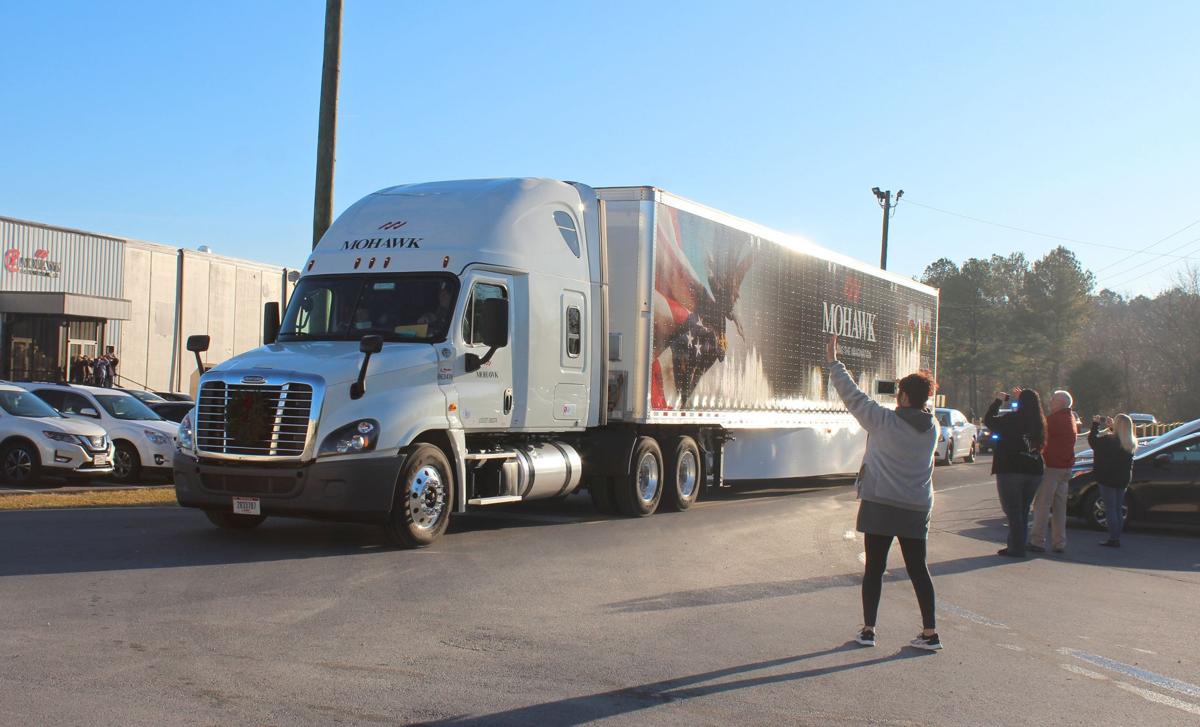 People wave and take photos as a truck loaded with wreaths for the Wreaths Across America program leaves Mohawk on Dec. 12. 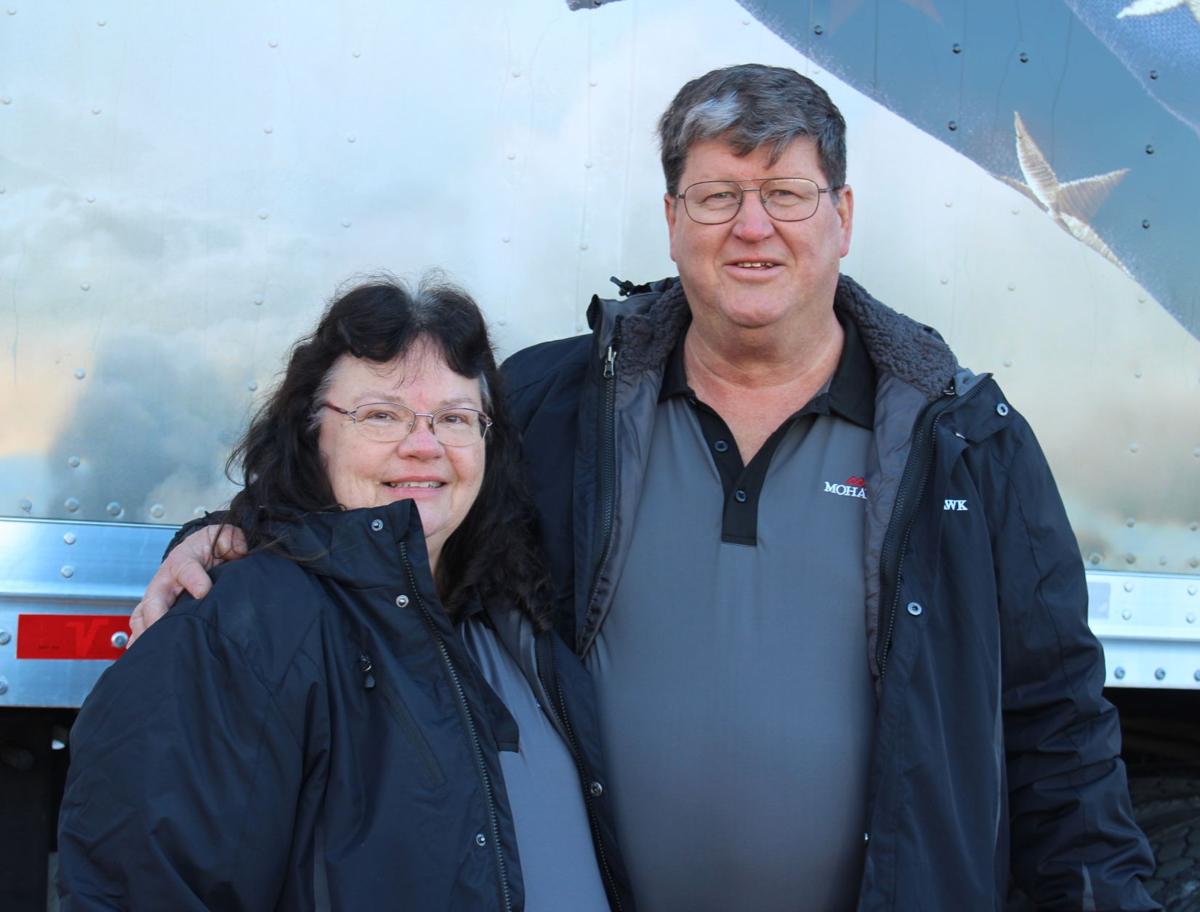 Ronald and Lea Eppich have worked with the Wreaths Across America program for years.

People wave and take photos as a truck loaded with wreaths for the Wreaths Across America program leaves Mohawk on Dec. 12.

Ronald and Lea Eppich have worked with the Wreaths Across America program for years.

For Calhoun residents Ronald and Lea Eppich, Wreaths Across America is personal.

The Eppichs, who are Mohawk truck drivers, know firsthand how much it means to the families of fallen soldiers when a wreath is placed at their graves each year. Their son, Sgt. Robert Eppich, died in 2006, just days after completing eight years of service as a military police officer with the United States Army.

“For me, it’s about honoring him and his fellow warriors because the holidays are when we miss him the most,” Lea Eppich said.

Wreaths Across America is a non-profit organization that coordinates the annual transport, delivery and placement of more than 2 million wreaths on the graves of U.S. veterans across the world.

While the Eppichs are long-term personal volunteers for Wreaths Across America, Mohawk committed to support the organization for the first time this year.

Mohawk hosted a ceremony to send the loaded truck off from the Career Center on their Calhoun campus Thursday morning, complete with a police escort.

“One in five Mohawk truck drivers is a veteran,” said Cameron Taylor Sr., manager of Fleet Operations for Mohawk. “We’re proud of their service, and we’re proud of the contributions they make to our business every single day. We felt like this was a perfect opportunity to honor our Mohawk veterans and share our deepest appreciation for men and women who gave their lives serving our country.”

Mohawk covered the cost for company drivers to pick up and deliver the load of wreaths to their final destination. Drivers Seth Pippin and Todd Miles, who is a veteran, drove the company’s specially-wrapped trailer roundtrip from Calhoun to pick up wreaths in Columbia Falls, Maine. The Eppichs left Thursday to transport the wreaths from Calhoun to Texas where Stanley Clay, another Mohawk truck driver and veteran, will deliver them to the Dallas-Fort Worth National Cemetery.

Taylor said during the ceremony Thursday morning that 43,400 wreaths will be laid at the cemetery Saturday, marking the first time each and every grave their will be covered. By comparison, only 28,000 wreaths were placed last year.

“Mohawk is proud to support causes that mean a great deal to our people and our communities,” Taylor said. “Our teams do that in a lot of different ways – and this is one that’s incredibly special to our drivers. We’re glad we could be a part of this program that honors our veterans and their families.”

In addition to employing many veterans across the country, Mohawk has been a leading supporter of Building for America’s Bravest, providing flooring for new homes for our nation’s most seriously wounded veterans, noted Brian Walraven, senior director of transportation for the company.

Walraven also pointed out that while the 5,337 wreaths that left Calhoun represent a fallen veteran, they also serve as a reminder of the people who mourn their loss.

“It’s the friends and family they leave behind, and when you multiply that across the country, it makes an impact,” he said.