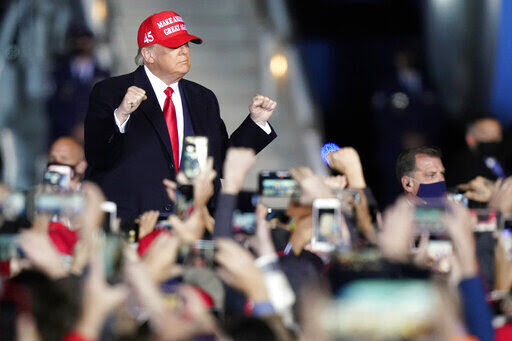 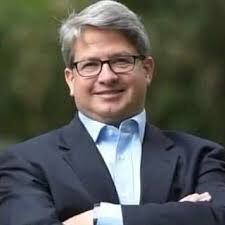 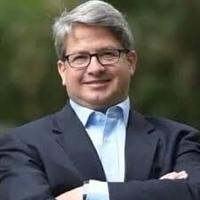 Gabriel Sterling, the state’s election implementation manager, spoke out after a local election worker was threatened with a noose.

Sterling called on the Republican president and Georgia’s GOP senators to “step up” after Trump supporters took video of a 20-year-old election-system contractor, threatened him with a noose on Twitter and tracked down home addresses for members of his family.

“I can’t begin to explain the level of anger that I have right now over this,” Sterling, who is a Republican, said of the recent threat. “And every American, every Georgian, Republican and Democrat alike, should have that same level of anger.”

Sterling also denounced threats that have been made against his supervisor, Georgia Secretary of State Brad Raffensperger, including “sexualized threats” sent to Raffensperger’s wife’s cellphone.

“This is our elections,” Sterling said. “This is the backbone of our democracy. And all of you who have not said a damn word are complicit in this. It’s too much.”

Raffensperger and his family have been threatened several times recently including when someone broke into a home owned by a family member, his office said. Caravans of Trump supporters waving flags from pickup trucks have also been cruising around and honking horns in Raffensperger’s neighborhood.

On Monday, Raffensperger said certain people are misleading Trump and his supporters with “fantastic claims” of election fraud aimed at “exploiting (their) emotions.”

A top deputy in Raffensperger’s office, Sterling has held multiple news conferences in recent weeks as state and county election officials worked through two separate recounts of the 2020 presidential election results in Georgia.

The second recount is on track to wrap up by midnight Wednesday.

Certified election results show Trump lost to President-elect Joe Biden in Georgia by 12,670 votes, a margin that narrowed by around 1,500 votes after uncounted ballots were located during the state’s first recount. That margin is not likely to shrink enough to reverse the final outcome, Sterling has said.

That has not stopped Trump from taking to Twitter repeatedly in recent days to slam Raffensperger and pressure Gov. Brian Kemp to intervene in the president’s favor. Attorneys allied with Trump have filed federal lawsuits seeking to de-certify the election that contain claims echoing many of his mail-in ballot and voting-machine fraud allegations.

In an impassioned plea, Sterling on Tuesday urged Trump to back off the divisive language he’s used to spread doubt about the election results while the second recount continues and lawsuits wind through court, adding: “Mr. President, it looks like you likely lost the state of Georgia.”

Sterling also lashed out at Perdue and Loeffler, both staunch Trump supporters who called for Raffensperger’s resignation last month and have refused to back off that position. Their push for Raffensperger to resign prompted Trump to describe Georgia’s secretary of state as “an enemy of the people.”

On Tuesday, Sterling said those actions by the Trump, Loeffler and Perdue worked to incite violence and helped open a “floodgate of crap” related to fraud conspiracies and threats.

“We need you to step up,” Sterling said, singling out Perdue and Loeffler by name. “And if you’re going to take a position of leadership, show some. It has to stop.”

Perdue and Loeffler are competing against Democrats Jon Ossoff and Rev. Raphael Warnock in runoff elections set for Jan. 5.

Floyd County’s four state legislators were asked to comment and Sen. Chuck Hufstetler, R-Rome, was quick with a response. He noted that Trump’s attorney general, Bill Barr, has said there is no fraud and his head of cybersecurity Chris Krebs had stated this was the most secure election in history.

Trump fired Krebs by tweet shortly after that statement but had yet to comment early Tuesday evening on Barr’s late afternoon announcement.

Hufstetler said Raffensperger and his staff “have shown incredible courage and integrity while responding to the false and slanderous charges against them.”

“Those who threaten workers and their families are criminals and I hope they will be prosecuted,” he continued. “I have communicated with both Brad and his staff numerous times and will defend and protect them from these ridiculous individuals in any way I can.”

Campaign spokespersons for Loeffler and Perdue said both senators condemn violence but added they also would continue pushing for “accountability” of Georgia’s election system.

“Like many officials, as someone who has been the subject of threats, of course Senator Loeffler condemns violence of any kind. How ridiculous to even suggest otherwise,” said Loeffler campaign spokesman Stephen Lawson.

“We also condemn inaction and lack of accountability in our election system process – and won’t apologize for calling it out.”