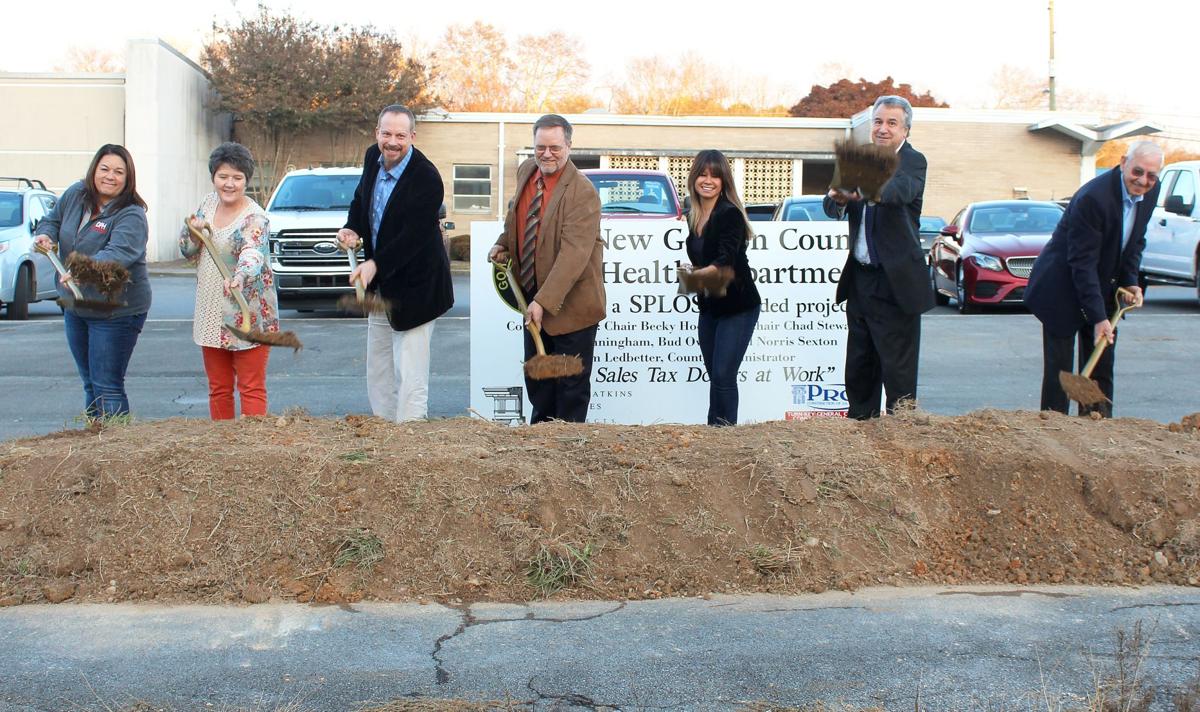 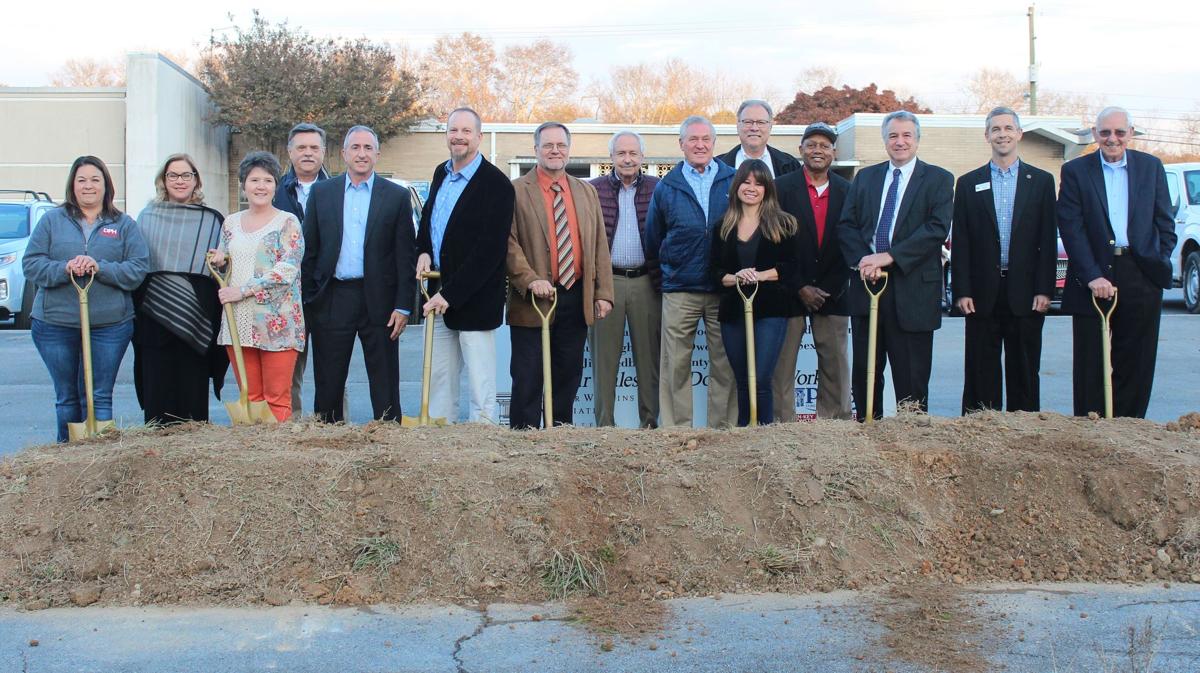 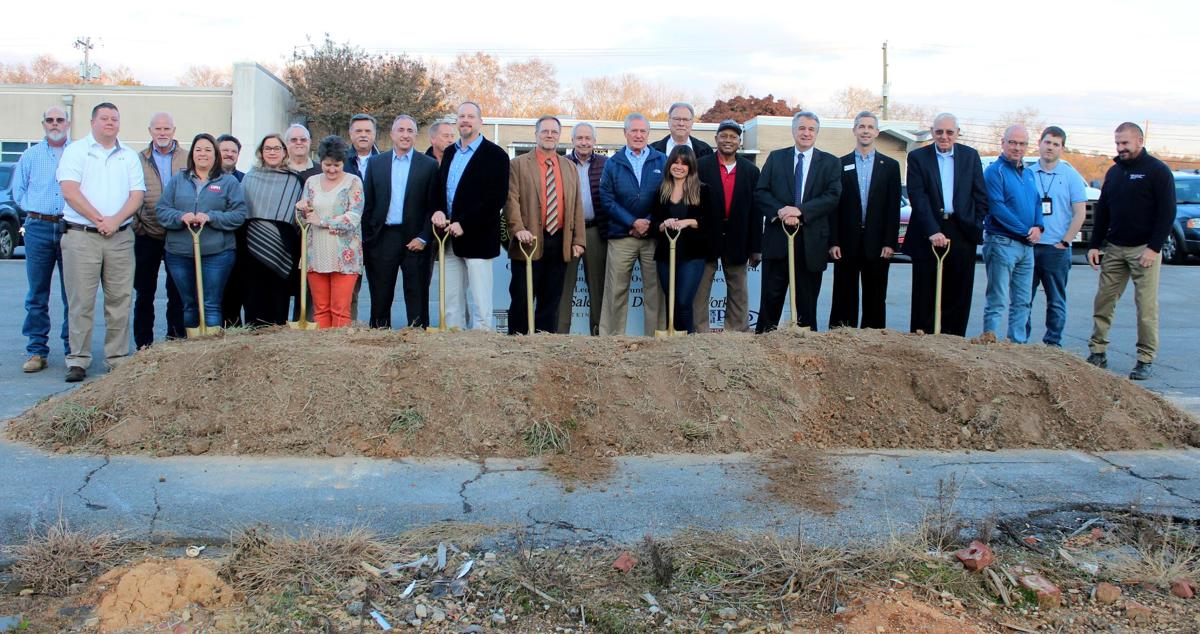 Members of the Gordon County Commission and other officials gathered at the site of the new county health department on Tuesday evening to break ceremonial ground.

The $2.3 million building will be constructed directly behind the existing health department on North River Street and is being paid for by the 2011 special purpose, local option sales tax.

County Administrator Jim Ledbetter said the money has already been collected so every cent will go toward the project because the county won’t be paying any bond or finance fees. Due to the age and concerns such as mold and rot, the current health department building will be torn down after the new one is opened.

“They’ve been putting up with a lot for a long time,” Ledbetter said of the health department staff.

Carter Watkins Associates designed the new building, and Pro Construction of GA will be erecting the 11,310-square-foot facility.

During the groundbreaking, Commission Chair Becky Hood acknowledged Calhoun and state elected officials, as well as other special guests. She said the new health department meets a need and she’s thankful voters agreed.

“We’re very excited that we live in a community that continues to allow us to do SPLOST projects,” Hood said.

Ledbetter said raising the exemption will not only allow the county to attract more business and industry, but it will help retain companies that already do business in Gordon County. He said surrounding counties have been at 100% for years.

“I don’t want to name names, but several businesses have stayed here because of the promise of the exemption going to 100% in 2020,” Ledbetter said.

The commission approved a resolution in 2012 to raise the exemption to 100% by 2020, so the move by the current commission meets that goal.

“We’re just glad the businesses and industries were patient with us,” Hood said during the meeting.

In other business, the commission:

♦ Approved an application for a Local Maintenance and Improvement Grant.

♦ Awarded the bid for renovation of the second floor of Government Plaza to Momon Construction of Calhoun.

♦ Approved the commission meeting schedule for 2020.

♦ Approved an amendment to the minutes from a March 2 special meeting.

♦ Heard from Commissioner Bud Owens that the Christmas parade will take place on Thursday, Dec. 12, at 7 p.m. along Wall Street.