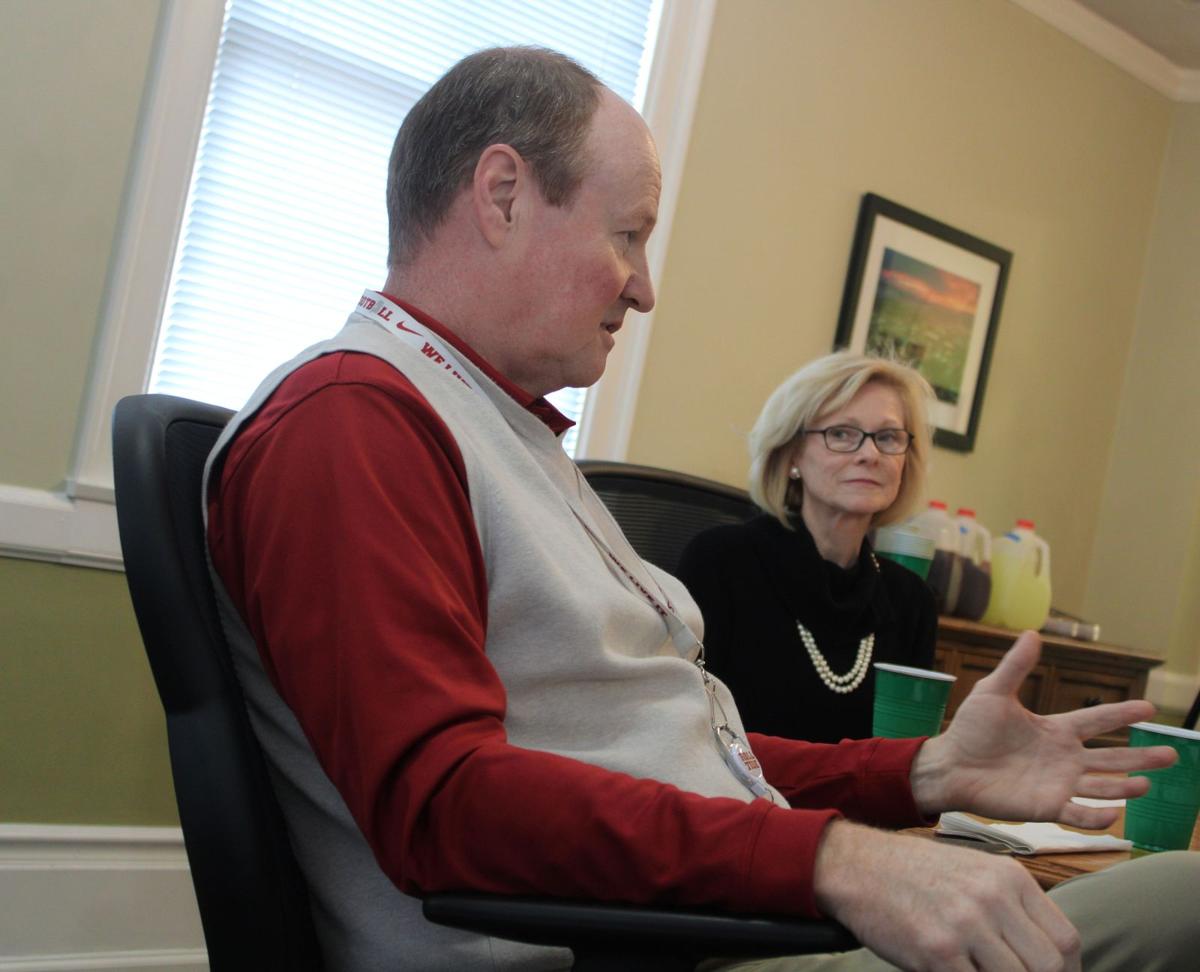 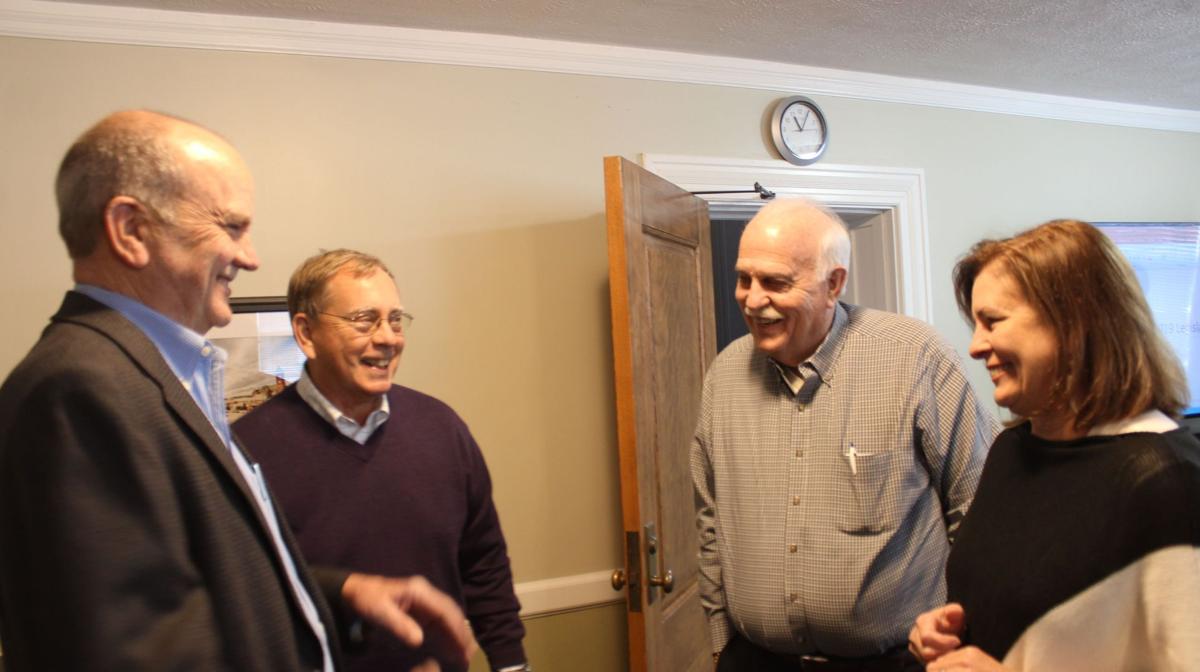 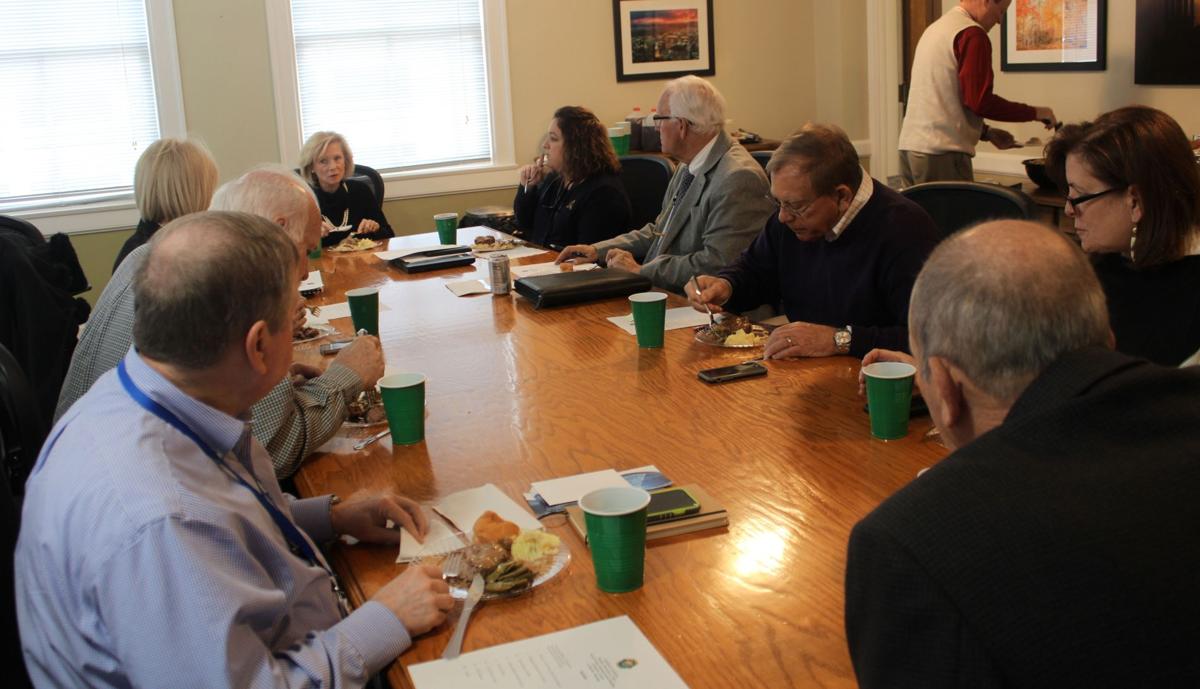 Reps. Katie Dempsey, R-Rome, and Mitchell Scoggins, R-Cartersville, sit down to lunch with Floyd County Commissioners at the County Administration Building on Monday.

Reps. Katie Dempsey, R-Rome, and Mitchell Scoggins, R-Cartersville, sit down to lunch with Floyd County Commissioners at the County Administration Building on Monday.

The meeting was aimed at letting lawmakers know what local officials are hoping for help with in the 2020 Georgia General Assembly session.

One of the biggest issues concerning county commissioners is the cost to support the prison population, most notably the medical costs.

Once a person is incarcerated, they lose Medicaid and any other state and federal medical coverage. Because of this, the cost of inmate medical care builds up.

According to Warden Michael Long, Floyd County has the second-largest county prison population in Georgia.

McCord went onto describe how, in every month this year, the prison has surpassed the number of medical visits per day allowed in its provider contract. McCord predicts that an additional $200,000 will have to be spent on inmate medical costs in 2020.

The commissioners commented that majority of the inmate population and local arrests have substance abuse issues and mental illnesses. It’s a major problem county commission members have been trying to tackle for the last couple of years.

“We now have a task force with Judge (Jack) Niedrach and Bonnie Moore and all the right people, trying to figure out a better way to care for people with mental illness and substance abuse issues than in our jail,” Commissioner Allison Watters said.

Niedrach presides over a mental health court and Moore is a member of the National Alliance on Mental Illness chapter NAMI Rome.

“It’s about getting the right kind of care,” Watters said.

Georgia is one of the few states that has zero marketplace facilitator laws. Because of this, third-party sellers in Georgia are fully responsible for their sales taxes and, oftentimes, the sales tax isn’t collected, he said.

“The state of Georgia is estimating that about $80 million in sales taxes statewide could be lost.” McCord said.

Dempsey theorized the Association County Commissioners of Georgia and Georgia Municipal Association could work together to come up with proposed marketplace facilitator laws for the state.

Towards the end of the meeting, Dempsey and Scoggins emphasized the importance of a good relationship between Floyd and Bartow County for legislative purposes.

“We’ve already come a long way, but we need to build that relationship stronger,” Dempsey said.

Commissioner Wright Bagby agreed and commented that they already have a good relationship with Bartow’s only county commissioner, Steve Taylor.

Watters commented on how the two counties’ relationship has been instrumental in continuing the push to build the I-75 to Rome connector, now called the Rome-Cartersville Development Corridor.

“That benefits both of us and there’s really a partnership there,” Watters said.