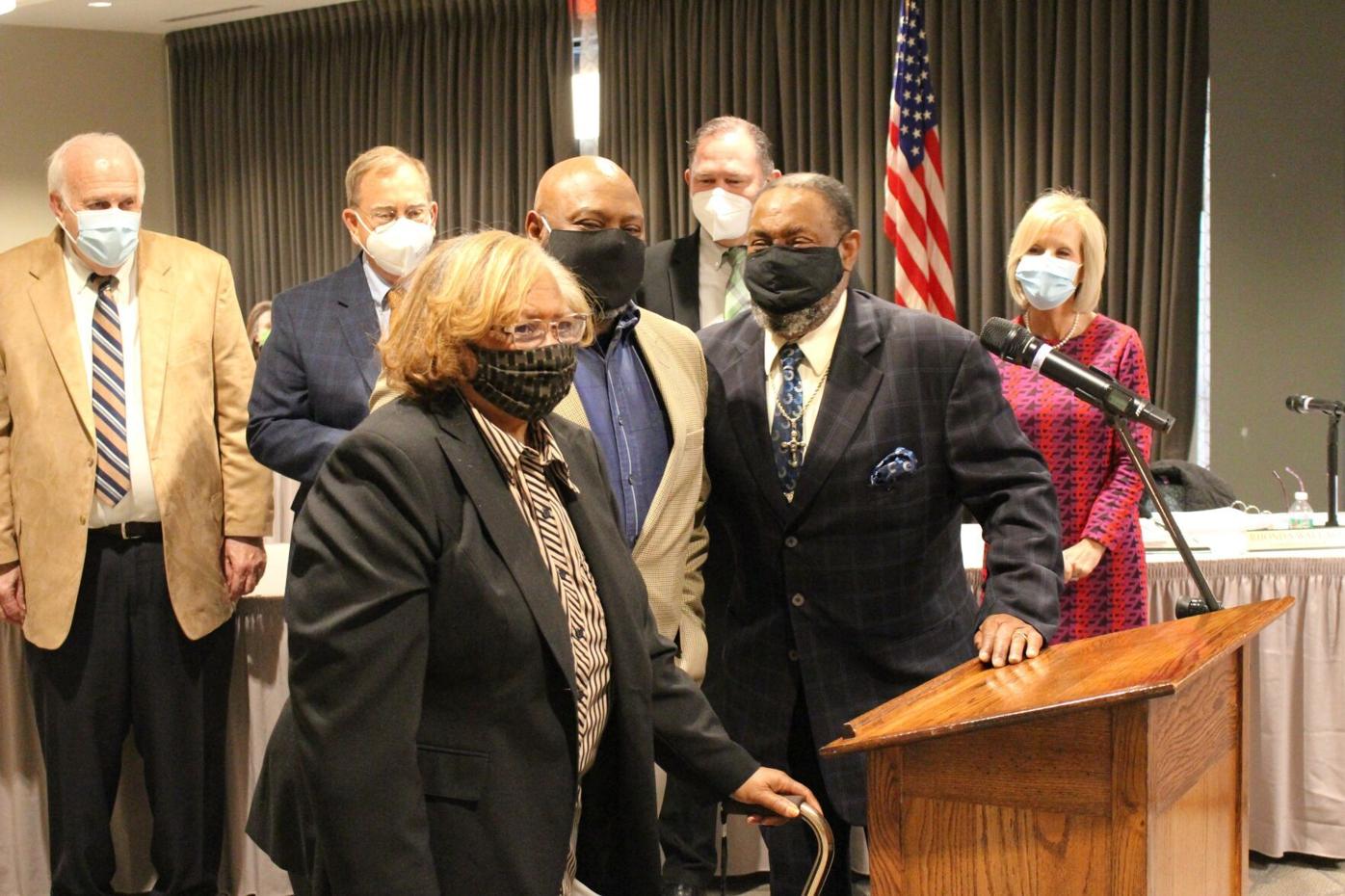 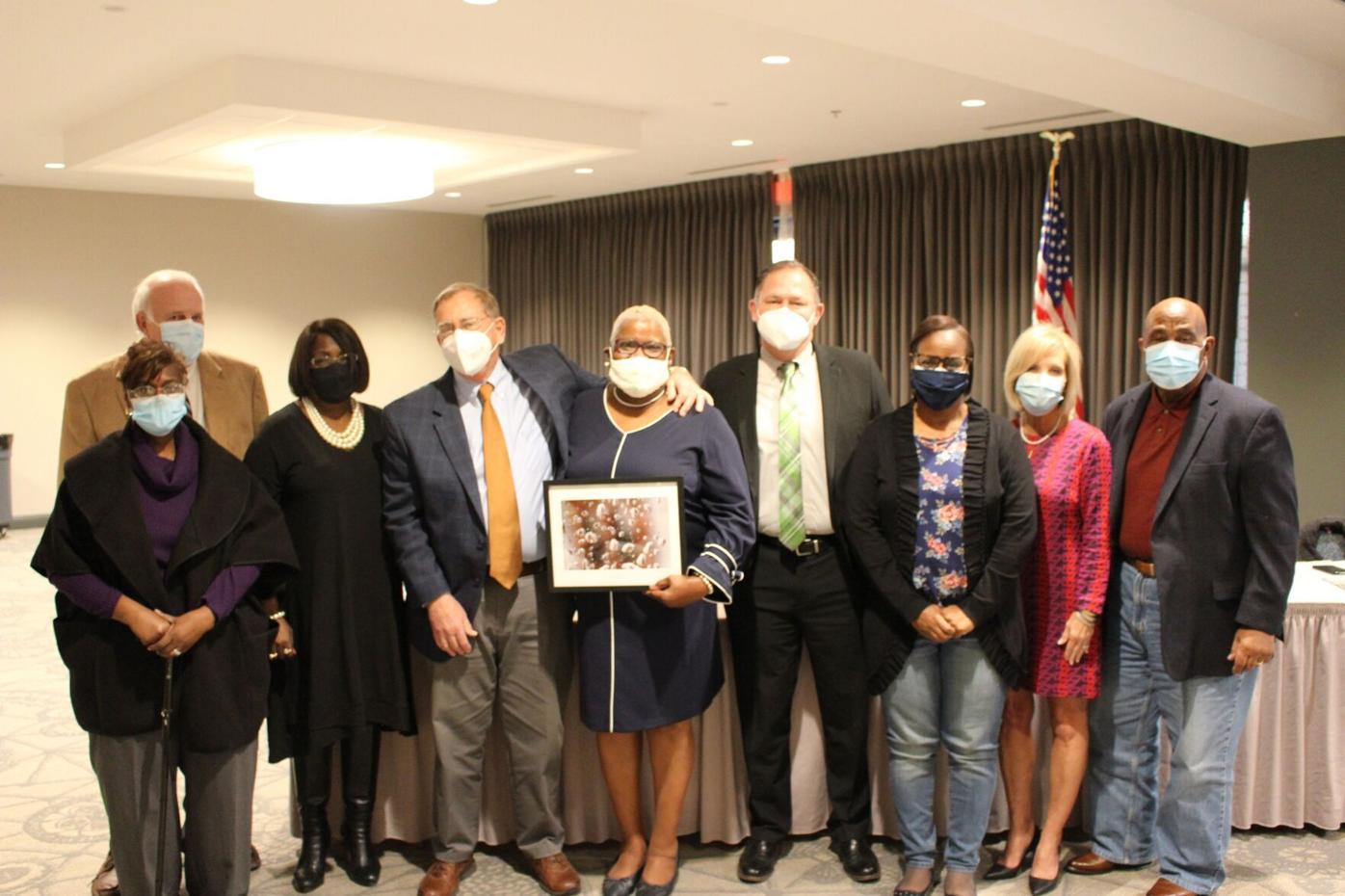 Sara Dahlice Malone (center) stands with Floyd County commissioners and her family for her special recognition in honor of Black History Month. She insisted to stand next to Chair Wright Bagby, referring to him as another part of her family. 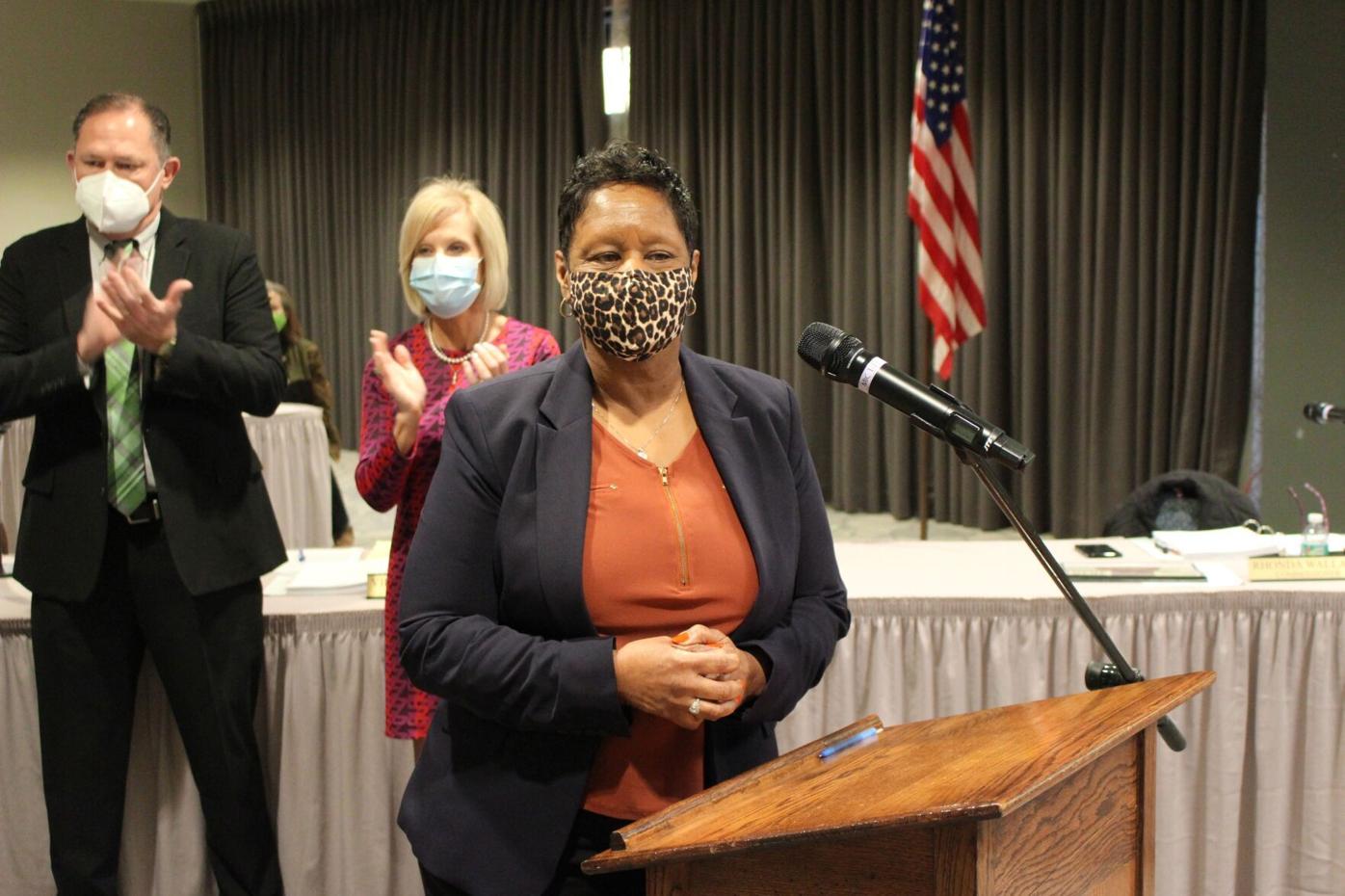 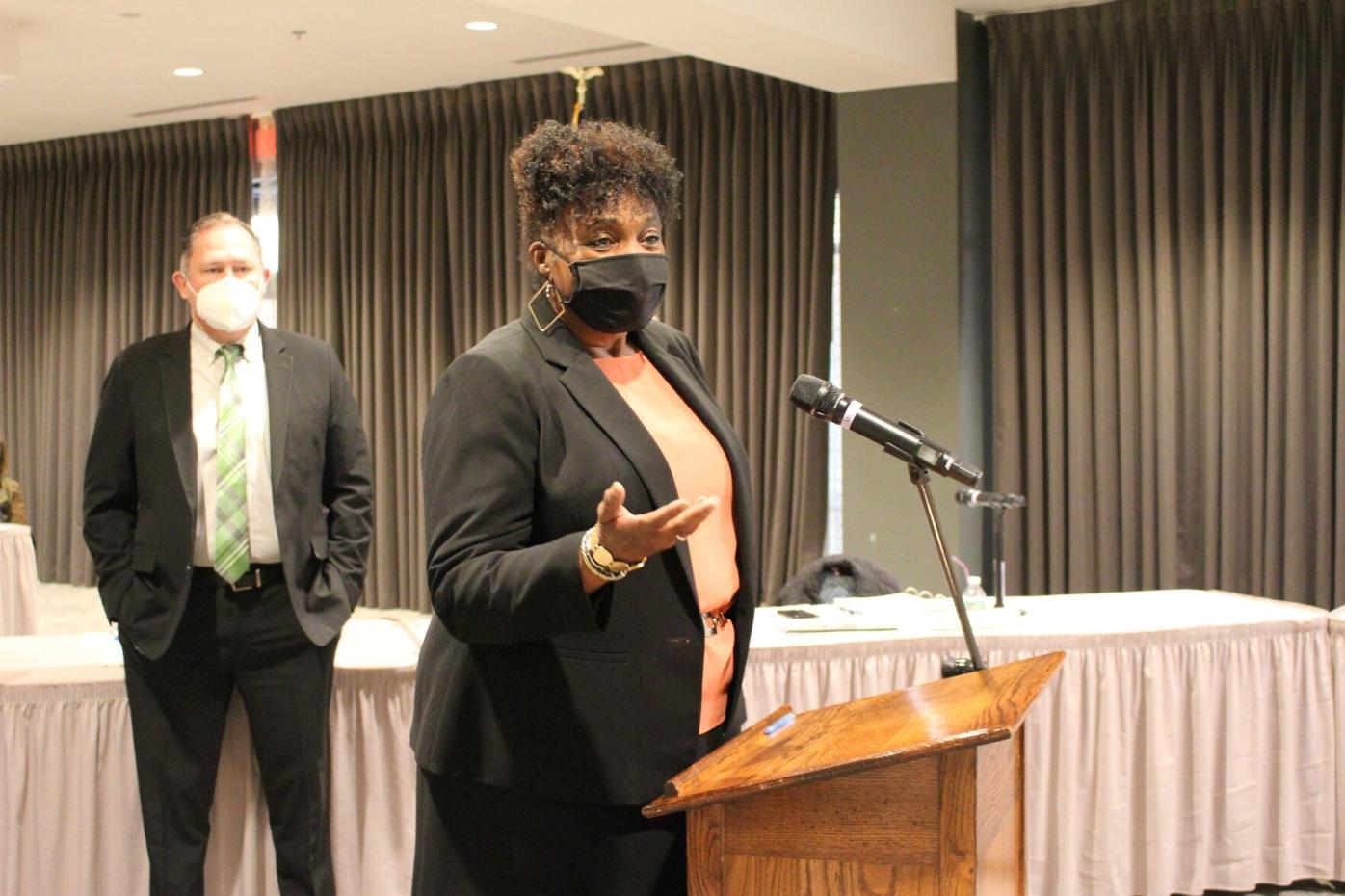 Sara Dahlice Malone (center) stands with Floyd County commissioners and her family for her special recognition in honor of Black History Month. She insisted to stand next to Chair Wright Bagby, referring to him as another part of her family.

Five people were recognized for their contributions and achievements in the area as part of the county commission’s Black History Month recognition.

“I know some of them personally and they are historical in many ways,” Chair Wright Bagby said at the Tuesday meeting.

Along with the special recognition, each honoree received a professional photograph of Rome and Floyd County landmarks.

Bishop Norris K. Allen Sr. has been a resident of Floyd County for 80 years now, having moved with his parents when he was just a few months old.

He has several certificates in interior design, blueprints and design and electrical wiring and worked for General Electric for 31 years. At the same time, he served as a nursing assistant at Floyd Medical Center.

While at General Electric, he headed up the Skilled Trade Dexterous Carpenter Department, and was actually the first Black person to serve in that role.

At the age of 21, he was “called to preach the gospel” and eventually became a bishop. He has been a member of the New Hope Overcoming Cathedral Ministries since he was 11.

“We are so grateful that God has blessed us to be a part of Floyd County,” Allen said. “Tonight, I have my wife here, she can’t get around too well ... she’s a big part of my life.”

Allen went on to say that he and his wife, Gladys Allen, will celebrate their 60th wedding anniversary on Nov. 26.

Jasper served in the United States Navy for 18 years and retired in 1993 as a Senior Chief Petty Officer.

She’s been in banking for over 25 years and has served in numerous positions. Outside of her job, she is also a pianist for four choirs at First United Methodist Church.

She also works with the community outreach program Metro Kids and in the past, also served as an Ambassador for the Greater Rome Chamber of Commerce.

“It’s an honor to be nominated and chosen to be recognized by the commissioners,” Jasper said. “I think there are more people that are deserving, but I appreciate the honor.”

Jasper had both her daughters and her “bank family” with her as support.

Rome NAACP President Sara Dahlice Malone was also recognized for her work in Floyd County, particularly in voter registration and One Community United.

Since the pandemic hit the area, Malone has been instrumental in getting hand sanitizer and wipes to seniors and shut-ins in the county. She has also helped residents set up appointments for vaccinations in the area.

Every second Saturday, Malone can be found feeding the hungry with a group of churches in the county.

After walking to the podium, Malone said “she was lost for words” and thanked the commissioners for the recognition.

Rev. Terrell Shields was absent at the meeting, but commissioners recognized his work in organizing the Thanksgiving Love Feast and 40-plus year work in the pulpit at Mount Calvary Baptist Church.

“He has been a spokesperson for many in trouble with the law, seeking justice for them,” McCord read.

Along with his 24-year-long work at the fire department, Lee was also a Cub and Boy Scout Troop leader and a member of Thankful Baptist Church.

He led the honor guard at the Rome-Floyd Fire Department for 20 years and helped develop a class for honor guard participants. It eventually became a passion for him.

His widow Phyllis Lee accepted the honor on behalf of Lee and thanked the commission.

“God’s words said ‘Let the work you’ve done speak for you’ and Danny’s work certainly spoke for him,” she said.