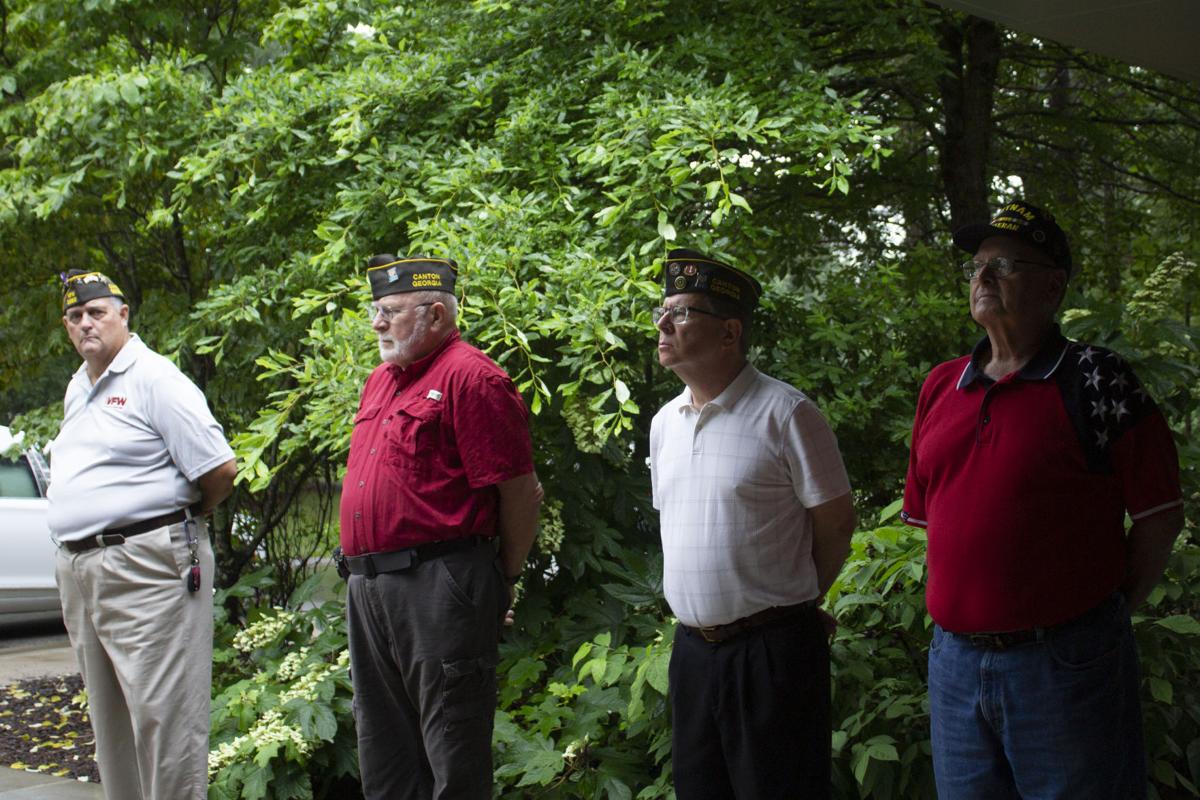 Veterans participated in the memorial services for Jimmy Ellis, a 37-year-old from Woodstock. 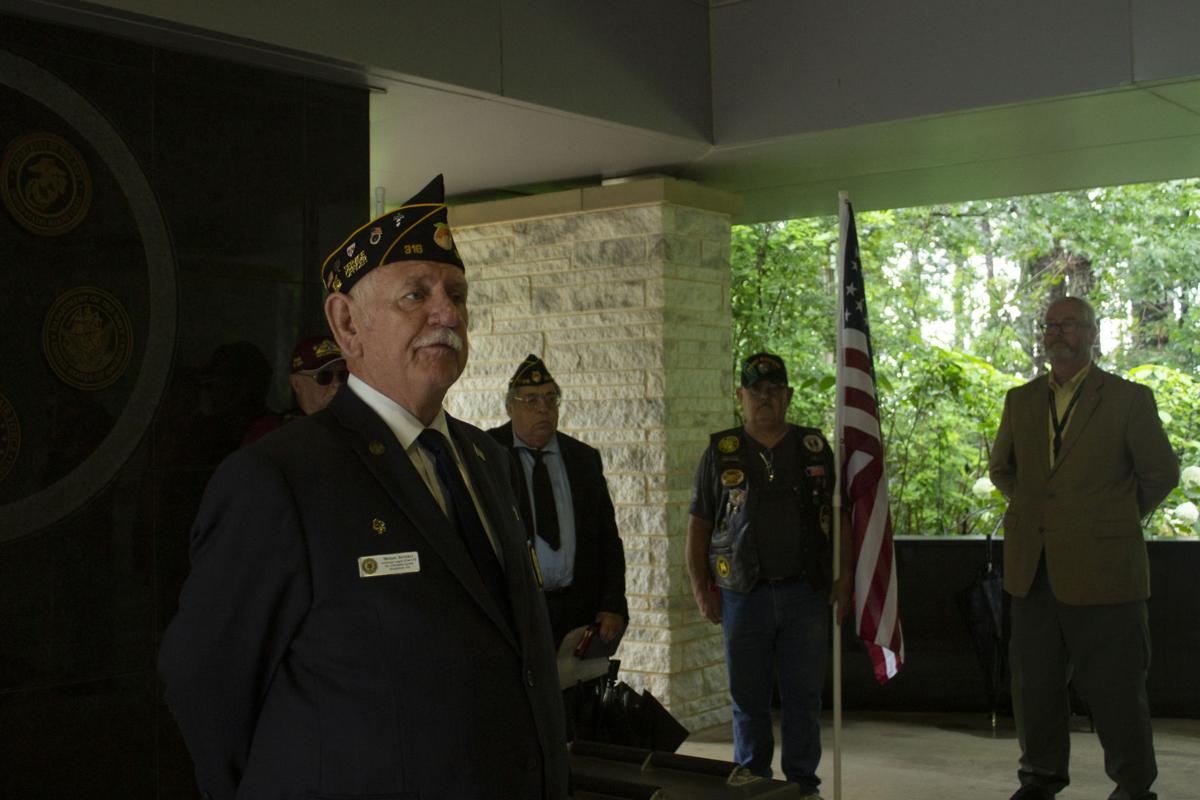 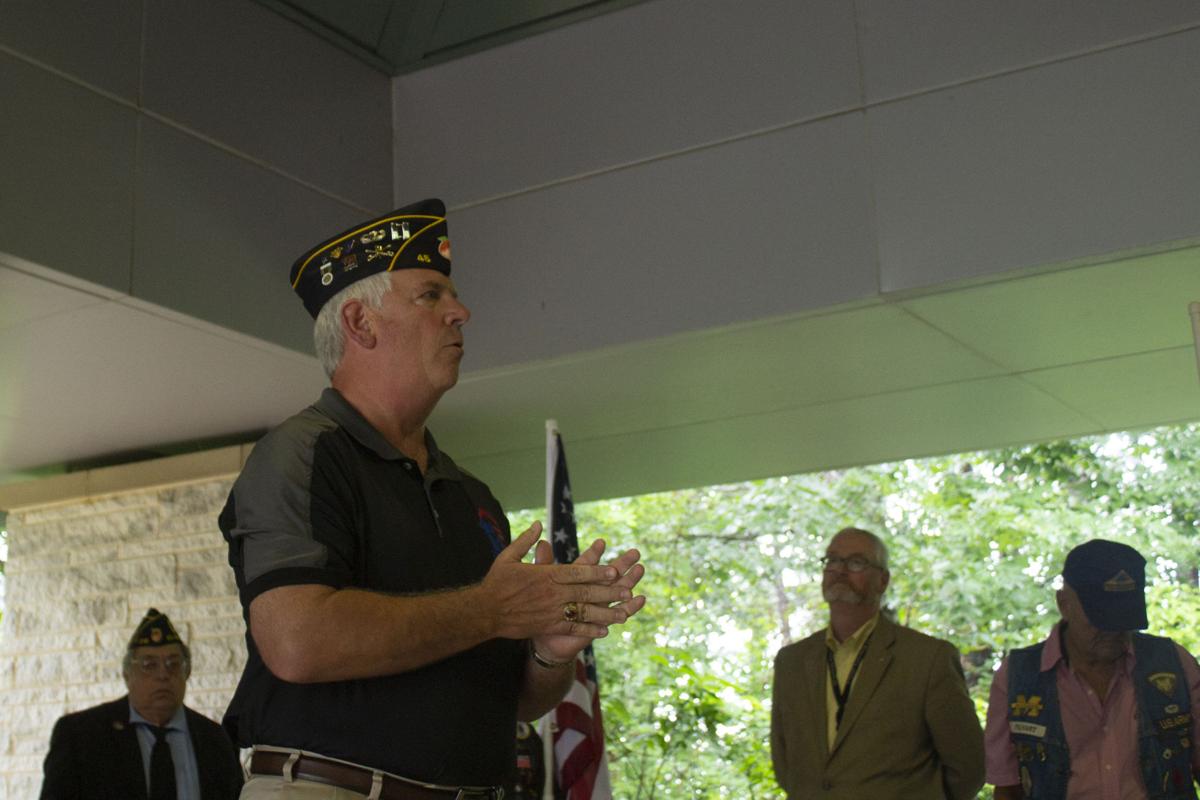 Jim Lindenmayer, director of the Cherokee County Homeless Veterans Program, helped Jimmy Ellis get back on his feet in 2017. 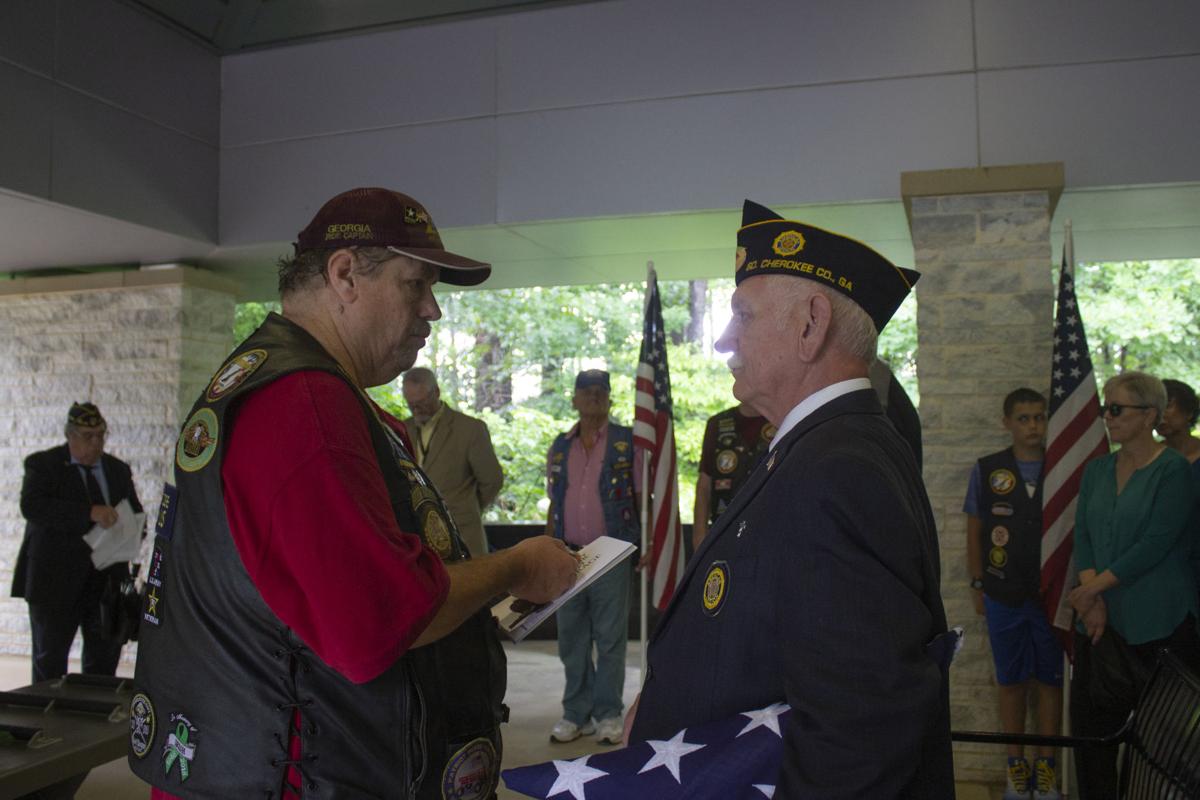 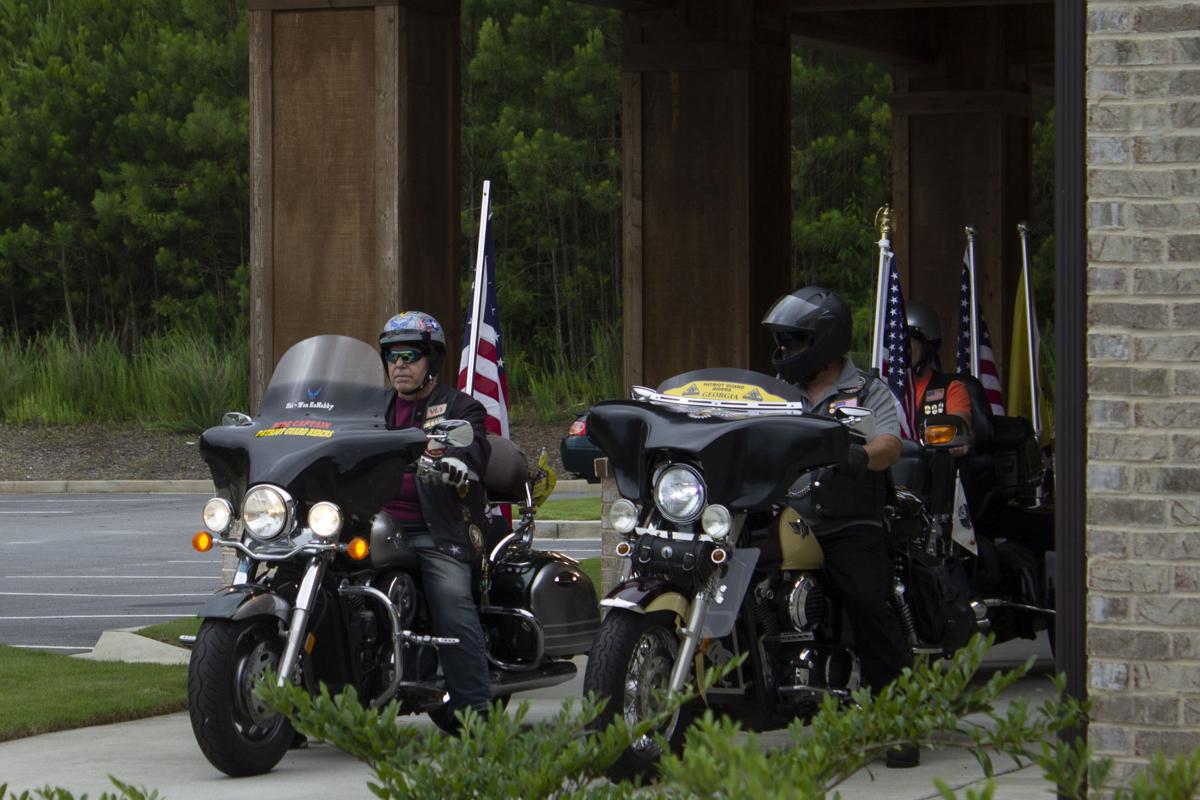 Members of the Patriot Guard Riders Georgia prepare to ride in the procession for Jimmy Ellis from Poole Funeral Home in Woodstock.

Veterans participated in the memorial services for Jimmy Ellis, a 37-year-old from Woodstock.

Jim Lindenmayer, director of the Cherokee County Homeless Veterans Program, helped Jimmy Ellis get back on his feet in 2017.

Members of the Patriot Guard Riders Georgia prepare to ride in the procession for Jimmy Ellis from Poole Funeral Home in Woodstock.

CANTON — Members of the veterans community came together to lay James “Jimmy” Ellis to rest with full military honors Monday.

Some of those in attendance were friends of Ellis’, while others didn’t know him but paid their respects at the Georgia National Cemetery, where an internment was held to honor his life and recognize his service in the U.S. Army.

Ellis, who grew up in Woodstock, had been a helicopter mechanic in the Army but had a troubled life outside of the military. In 2017, after experiencing homelessness for six and a half years, Ellis reached out for help and through the Cherokee County Homeless Veterans Program, got temporary housing and a job from Veterans Empowerment Organization, the Tribune reported last year.

“Before I came here, I didn’t know what to do to make progress or move forward in life,” Ellis said in 2018 after moving into housing at VEO. “Here I’m not the crazy Army guy in the woods — I’m another veteran.”

In December, though he continued to work at VEO as a security guard, Ellis decided to live outdoors again. Jan. 10, just a few weeks after he started living in a cemetery in Atlanta, he was found dead in an apparent homicide. No arrests have been made in the case. Ellis was 37.

Jim Lindenmayer, director of the homeless veterans program, was emotional as he spoke about Ellis during the ceremony.

“The battlefield has shifted for some of these guys. A saying we have is ‘leave no one behind,’ and this is a good example of leave no one behind. That’s something a lot of us strive for, make sure you take care of your fellow veterans,” he said. “Jim was a great guy. You never want to see something like that happen to one of your troops. But we’re happy we were able to intercept and do what we did for him.”

Cherokee Homeless Veterans and American Legion Post 45 organized the memorial with Poole Funeral Home, from which a large processional traveled to Canton for the internment.

Lindenmayer noted that many people in the community paid respects to the passing processional, with cars stopping and even some people who stood in the rain to show support from the street.

“There was a family from River Green that was out there, a mother, father and three small kids,” Lindenmayer said. “This was a guy who never trusted anybody for years, because he was traveling the Southeast homeless, he was robbed a few times, and he always worried about his safety. To have these people here who didn’t know him is amazing.”

Also participating were the Veterans of Foreign Wars Post 5262, which served as the honor guard, and the Patriot Guard Riders.

One veteran pledged to make sure no local service man or woman is buried alone.

“We’re going to be here from now on,” said Dave Konwick, quartermaster of VFW Post 5262. “There’s no more homeless veterans, or any veterans, with no family. Just call on us and we’ll be there.”

LETTER TO THE EDITOR: CEO thanks volunteers for helping nonprofit that helps others