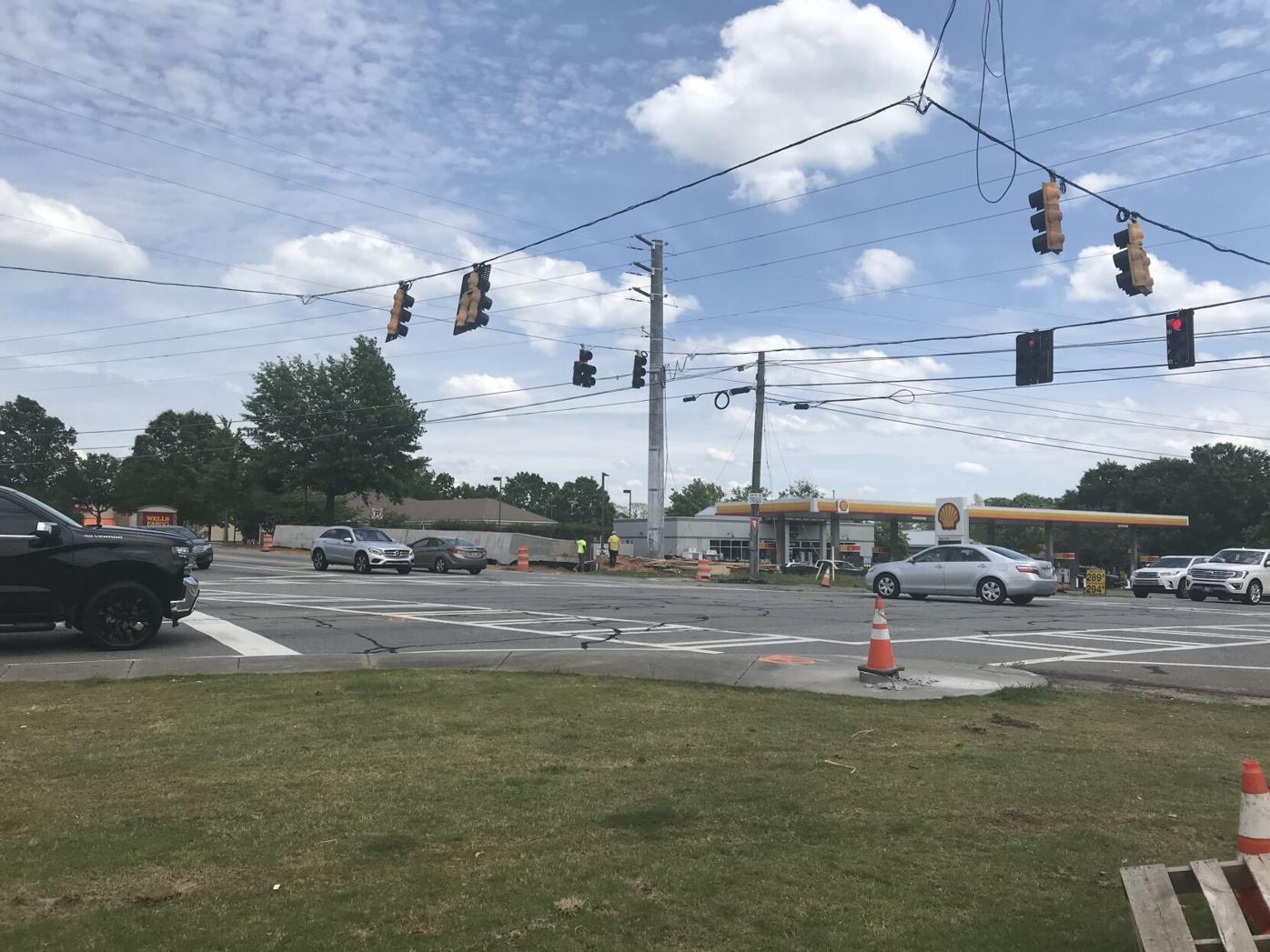 Cherokee County's Hickory Flat Area Plan is expected to go through more changes before it's presented to the public again. 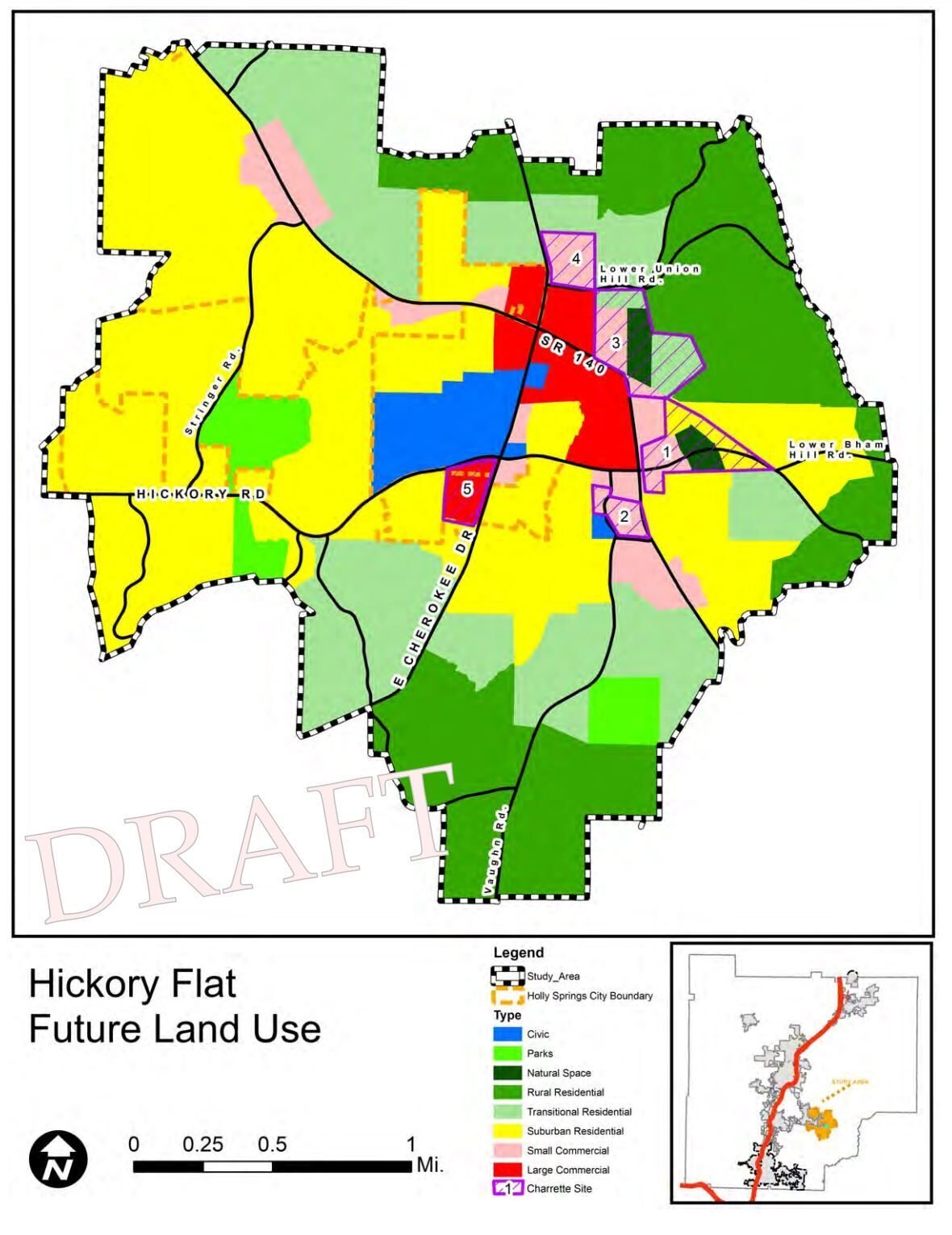 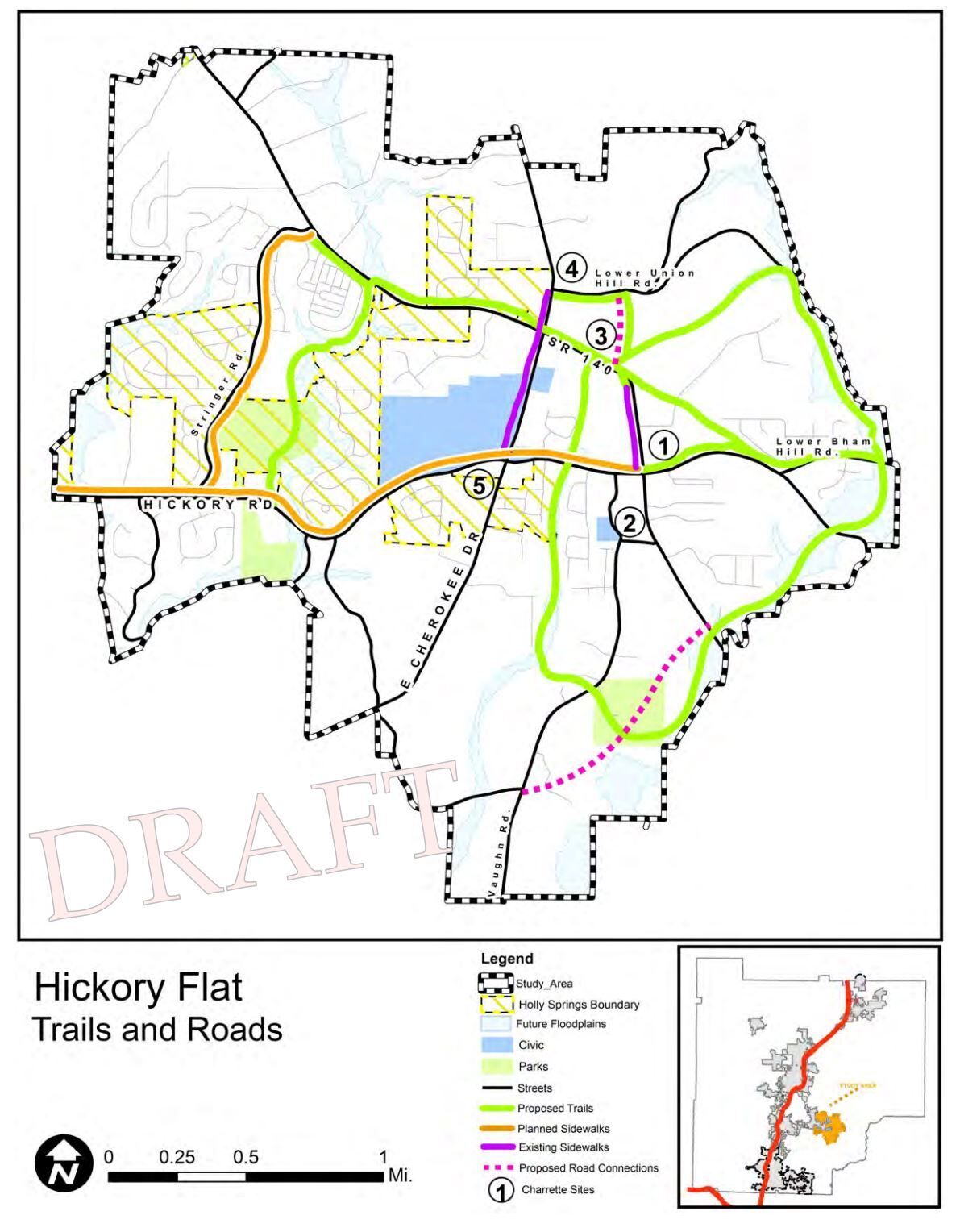 A map of trails and roads in Cherokee County's draft Hickory Flat Area Plan shows proposed trails and sidewalks, as well as two proposed street connections: one connects State Route 140 with Lower Union Hill Road and the other is an extension of Little Road that connects Vaughn Road with Highway 140.

Cherokee County's Hickory Flat Area Plan is expected to go through more changes before it's presented to the public again.

A map of trails and roads in Cherokee County's draft Hickory Flat Area Plan shows proposed trails and sidewalks, as well as two proposed street connections: one connects State Route 140 with Lower Union Hill Road and the other is an extension of Little Road that connects Vaughn Road with Highway 140.

A proposed future plan for the Hickory Flat community is expected to undergo some major changes in the coming days and weeks.

Following a public hearing on the Hickory Flat Area Plan at Tuesday’s Cherokee County Board of Commissioners meeting, the board unanimously approved sending the plan back to county staff for revisions. The move comes after dozens of Hickory Flat residents, many of whom were wearing green stickers reading “Save Hickory Flat,” came out to share their concerns and opposition to the plan.

Many of the plan’s opponents cited concerns about a potential increase in new homes in Hickory Flat, due to some identified residential areas in the plan that could have allowed for higher density. With the land in Hickory Flat currently zoned as it is, the area could have nearly 1,100 new residential units developed. Under the plan presented Tuesday, this number could grow to as many as 2,700 new residential units, including apartments and townhomes, although county staff recommended scaling this back to a recommendation of around 2,100 units in the plan, planner Margaret Stallings said in her presentation.

“Having reviewed this plan thoroughly, and having listened to the community’s recent feedback, it’s apparent that this plan does not reflect the community’s vision,” Commissioner Richard Weatherby, who represents the Hickory Flat area, said as he put forth a motion to send the plan back for more work. “There were several good things mentioned in this plan, such as the trails, sidewalks, establishing a community center, architectural standards, neighborhood commercial. There were several things in here that were pretty good, but there were many, many things in this plan that were very troubling.”

Before the public hearing, Weatherby said he would not be able to support approving the plan as it stood, which elicited applause from the assembled crowd. The audience gave the commissioners another thundering round of applause when Weatherby’s motion was approved.

“If it’s a community plan, it has to have the support of the community, and that just apparently isn’t the case,” Commission Chair Harry Johnston added.

Among the residents who spoke was Jodie Davis, who said she and others were concerned this potential increase would mean developers would ask to build as many homes as possible on available property in the area.

“We’re counting on you (the commissioners) to uphold the land use plan the county approved in 2018,” Davis said.

Similarly, David Olds said he didn’t want to see any increase in the density of residential development, nor was he supportive of any more fast food facilities coming to Hickory Flat. Olds did say he was in support of greenspace development and neighborhood commercial in the plan, rather than larger commercial facilities and “big box” stores.

Bob Broadbelt stressed more residential growth would generate much more traffic in the area, which already has a number of traffic-related issues in need of being solved.

Stallings said the county had received more than 40 comments through a form on the county’s website, mainly concerned about the the intensity of future development in Hickory Flat. Other comments pointed to a need to develop trails and sidewalks in the area.

The initial idea to create a plan for the Hickory Flat community came about in 2017 while county staff worked on a county-wide 2018 comprehensive plan, but efforts to develop the Hickory Flat Area Plan did not begin until 2019. Due to COVID-19, the project went virtual in the fall of 2020, with three virtual public meetings for stakeholders to share their thoughts on the Hickory Flat plan.