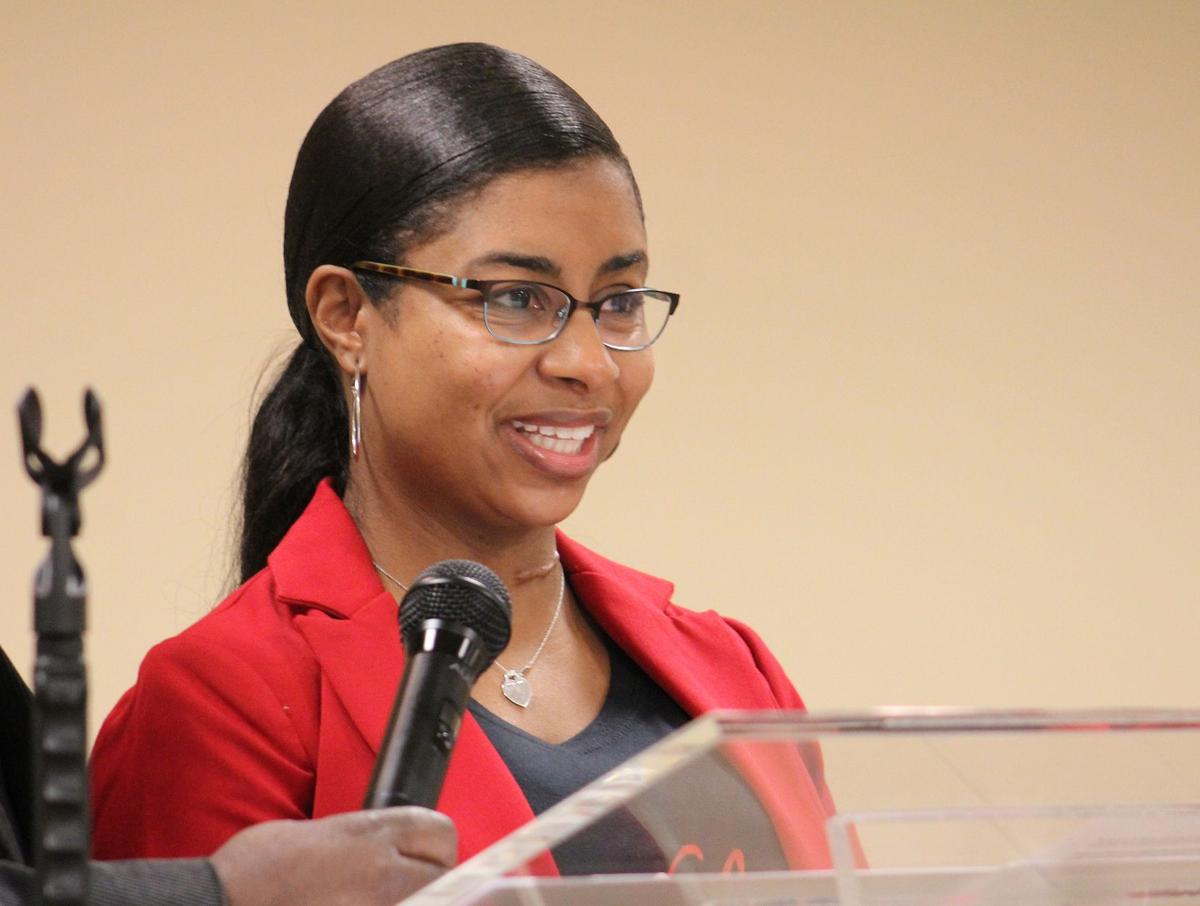 Tiffany Garigan speaks to the crowd during a launch event for her book,  "Lifeline: A Devotional Journey." 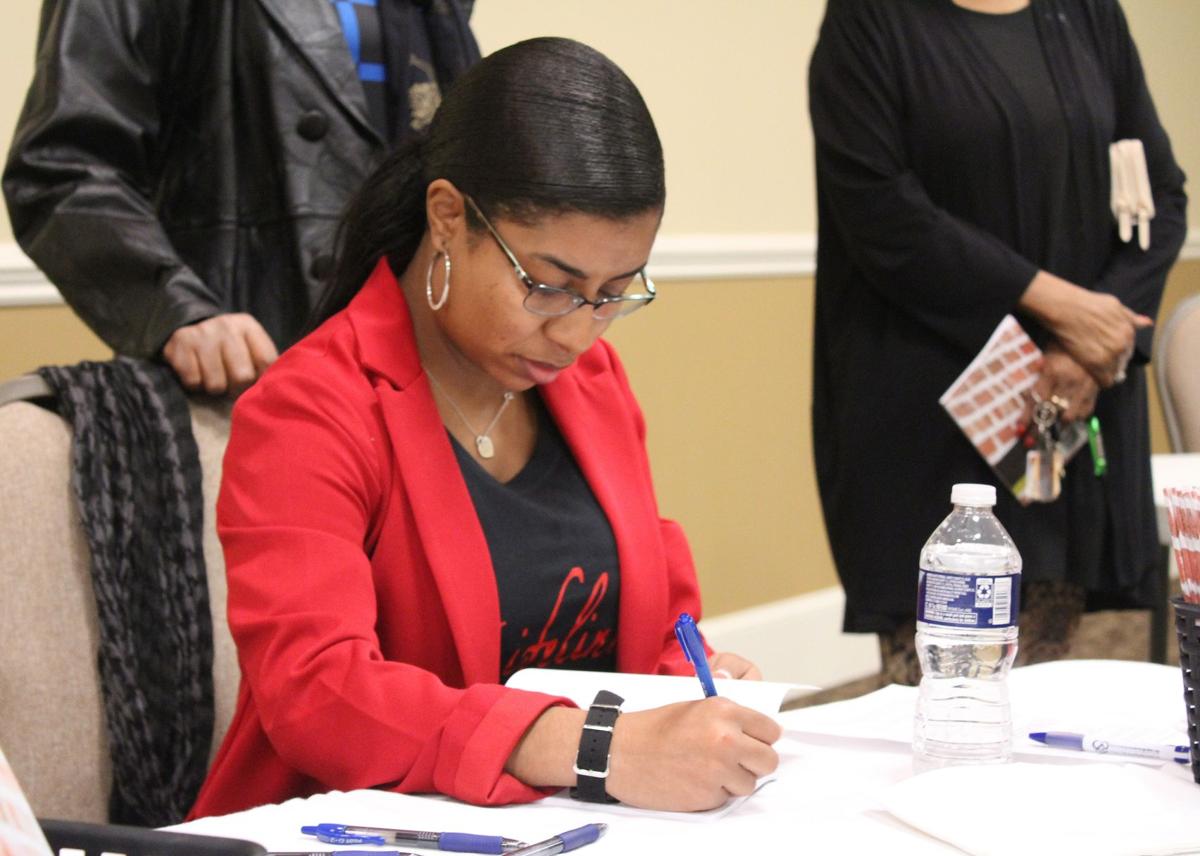 Tiffany Garigan signs copies of her book, "Lifeline: A Devotional Journey," during an event on Saturday. 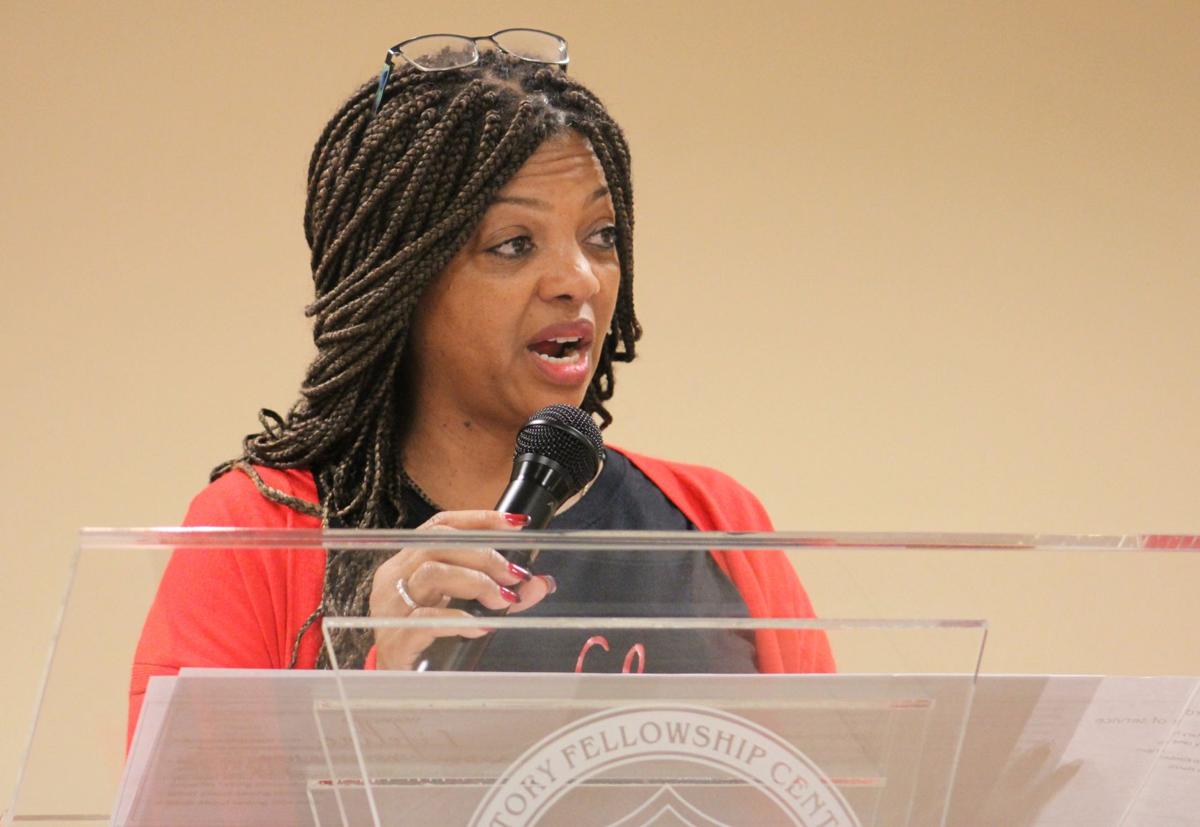 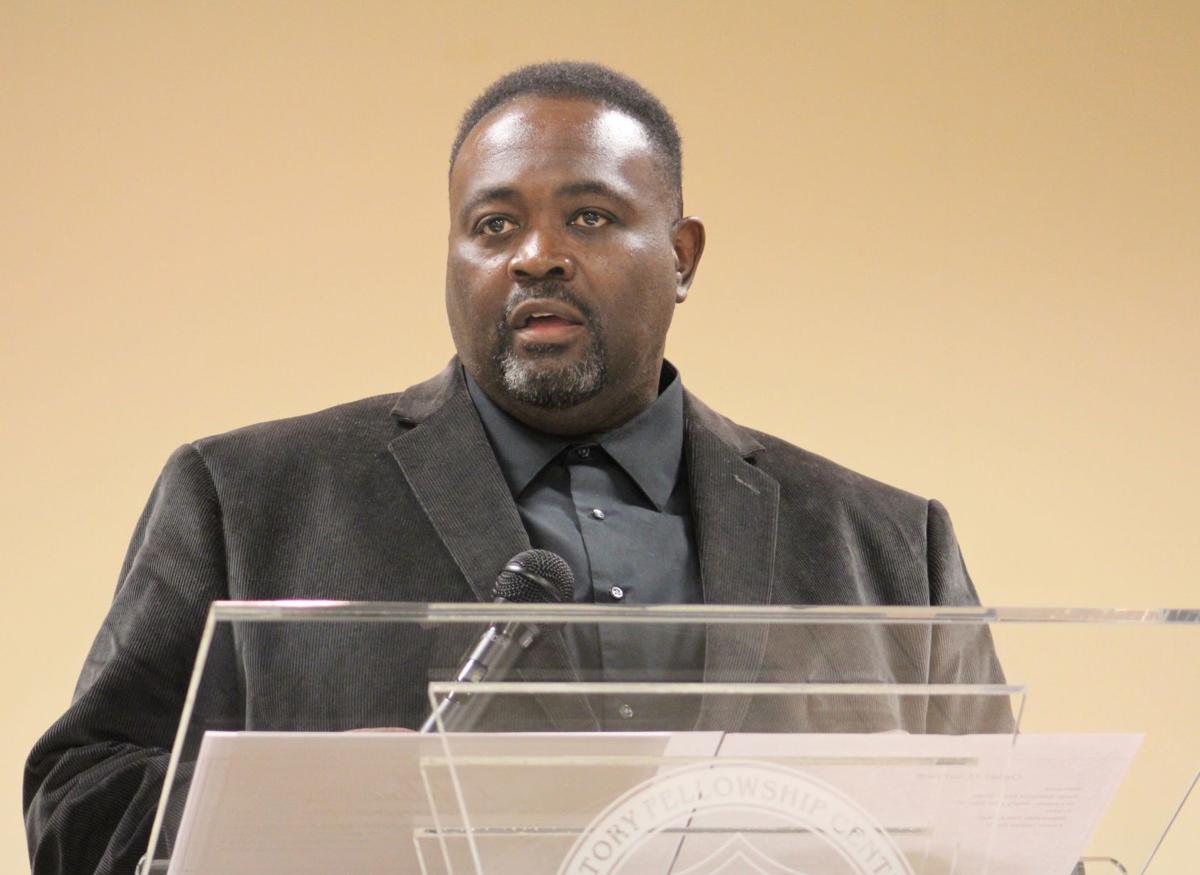 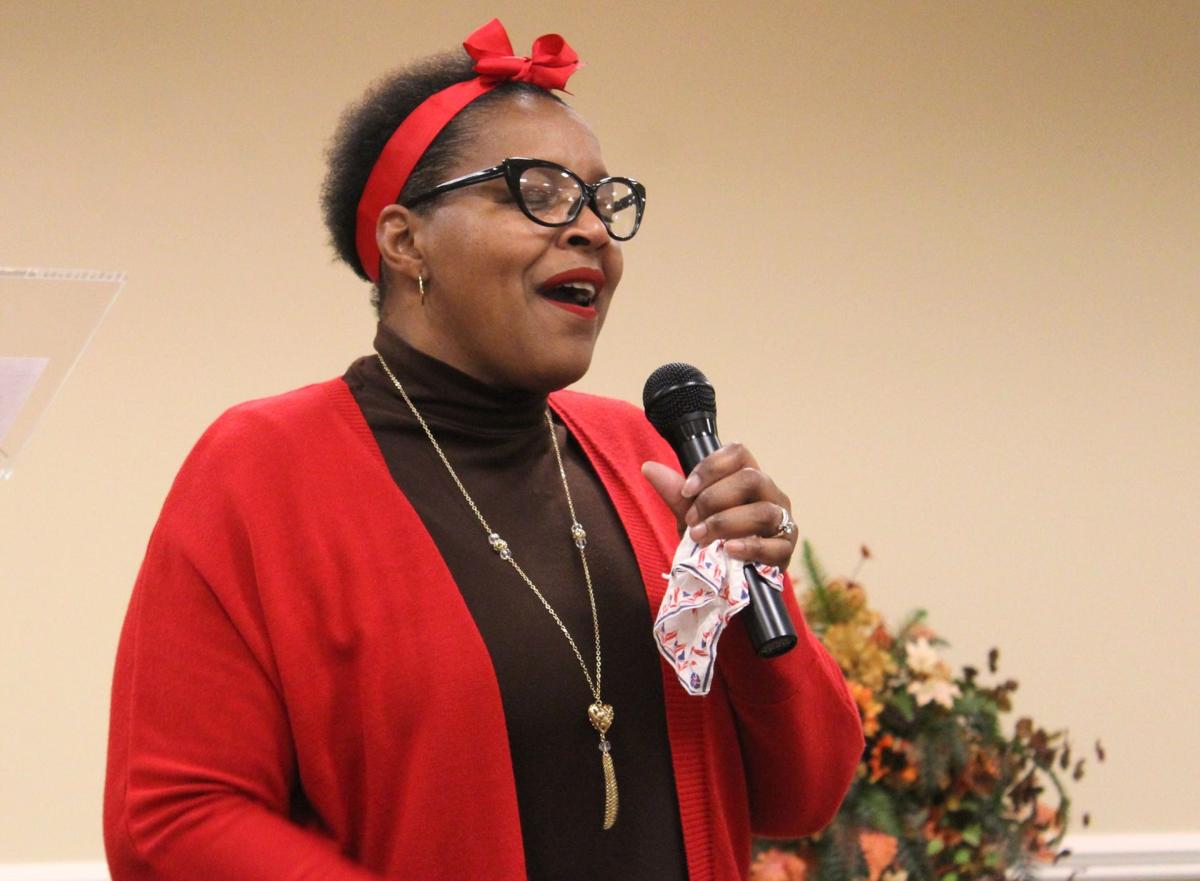 Minister Mary Mays sings a song during the book launch. 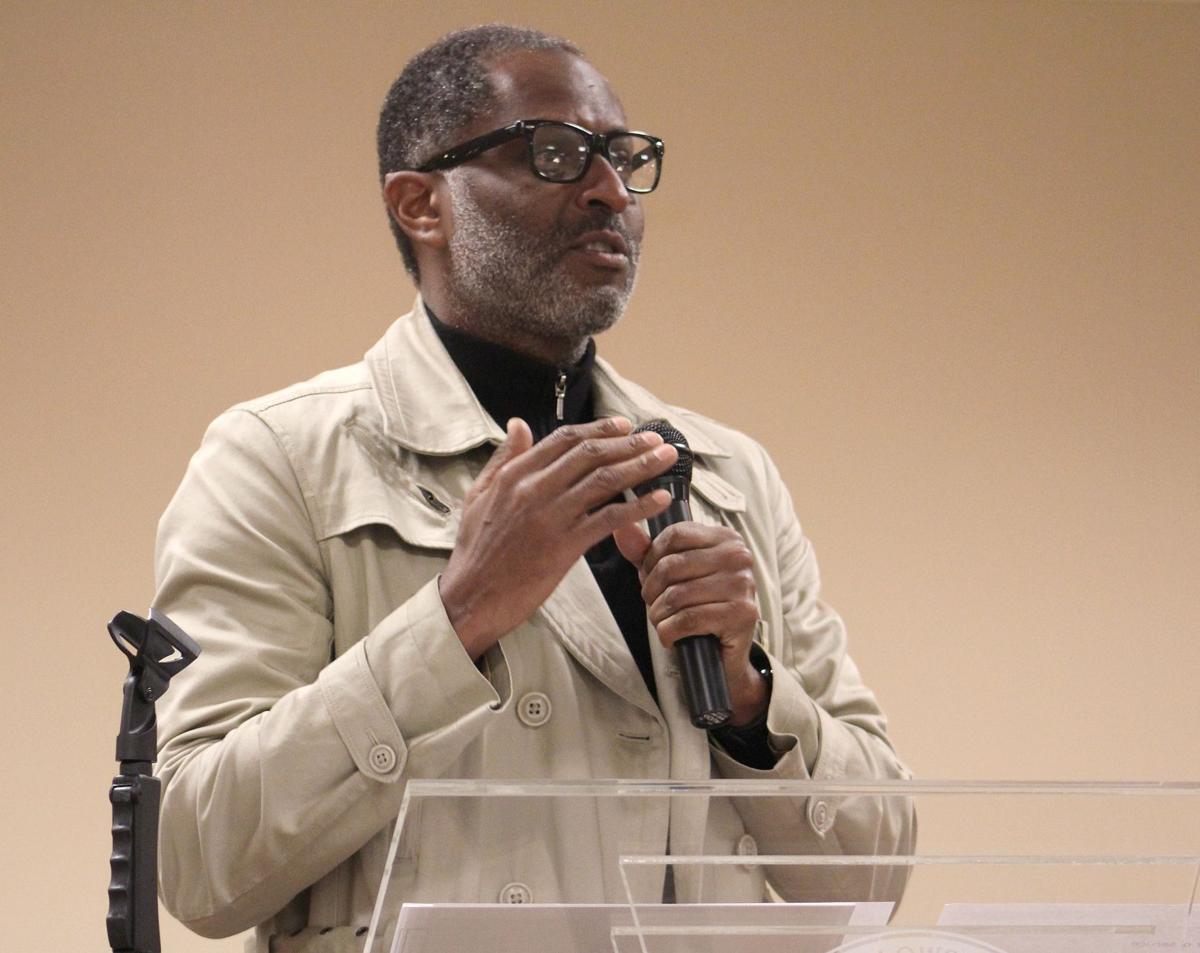 Tim Kimble, an attorney who recovered from a brain aneurysm, addresses the audience. 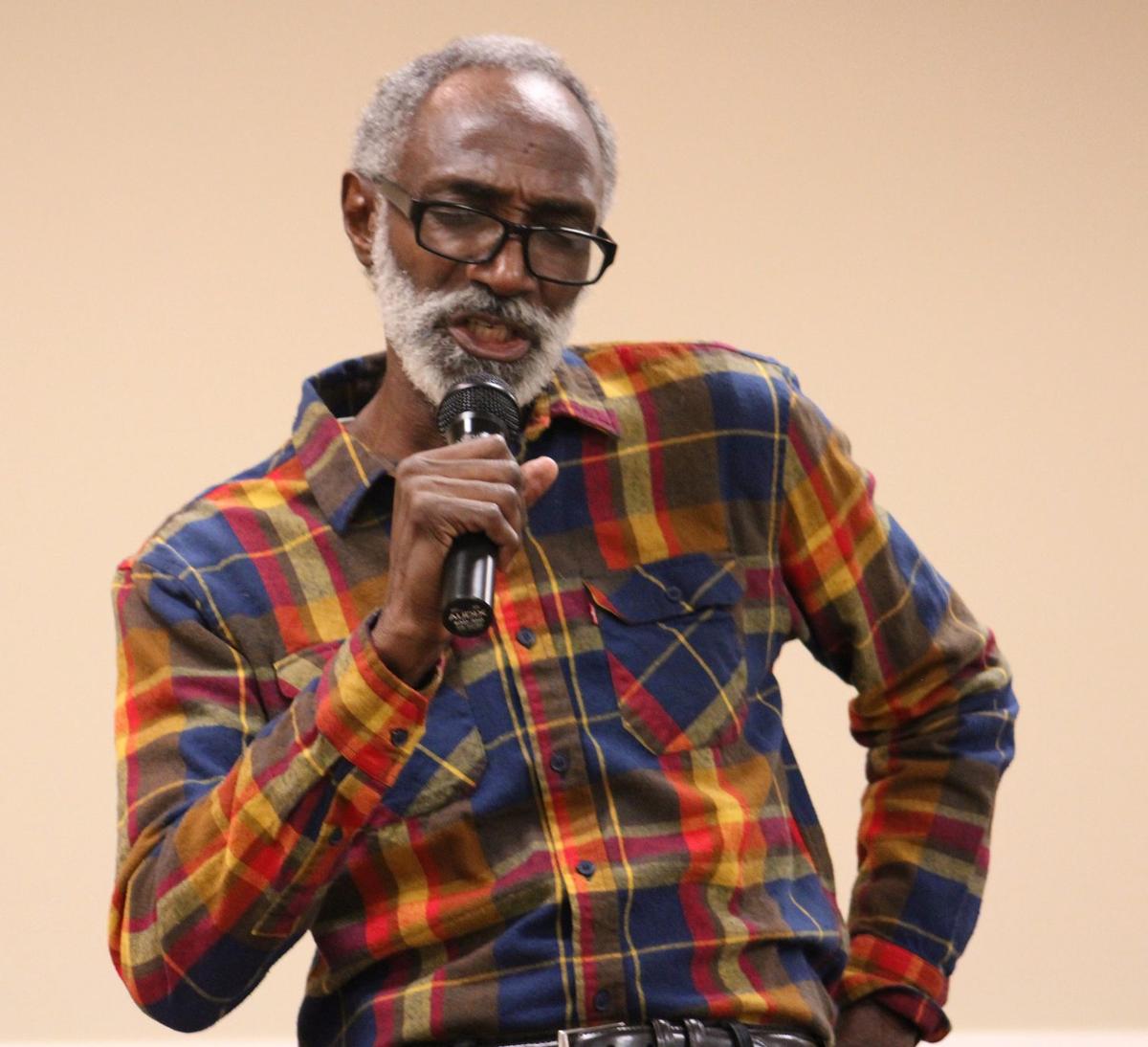 Lewis Mann sings a song during the event.

Tiffany Garigan speaks to the crowd during a launch event for her book,  "Lifeline: A Devotional Journey."

Tiffany Garigan signs copies of her book, "Lifeline: A Devotional Journey," during an event on Saturday.

Minister Mary Mays sings a song during the book launch.

Tim Kimble, an attorney who recovered from a brain aneurysm, addresses the audience.

Lewis Mann sings a song during the event.

Calhoun native Tiffany Garigan said that during her recovery from a pulmonary embolism that lead to traumatic brain injury, blindness and complete immobility she learned that she couldn’t go any faster or any slower than God would allow.

It was her faith, she said, that inspired her, and seven years later she finds herself more committed to the path God has for her than ever before.

Garigan shared her story Saturday with a crowd of people during a celebration of the book she wrote about the experience. “Lifeline: A Devotional Journey” catalogs her experience from the day her family was told she had only two hours to live until the present, offering Biblical scripture to accompany each milestone moment and a lesson the reader can take from what Garigan learned.

“Mostly it’s a deeper story about my relationship with God and how my faith grew stronger,” she said after signing dozens of copies of the book.

Garigan told the crowd that the journey from medical death, life support and total blindness to now being able to see, walk and write again taught her to dwell in her own place with God, and she encouraged those in attendance to call on God to be the lifeline in their own lives.

Several other people spoke or sang songs of praise during the event Saturday.

Minister Mary Mays, who has known Garigan since she was a child, raised the image of ironing sharpening iron, a reference to Proverbs 27:17 and a theme addressed by multiple speakers. She said Garigan’s experiences not only made her a more faithful person but also impacted the other people in her life.

“As they sent her through the process, she got sharpened by the father,” said Mays. “What inspired me most about this baby was she trusted God. She trusted him.”

Garigan’s mother, Mary Jane Garigan, also spoke. She said she hopes the book can help others who might be struggling through something, and she mentioned how she recently spoke to two people who were dealing with some difficult issues so she offered them copies of the book.

Mary Jane Garigan said when doctors told her that her daughter only had two hours to live, she turned to the wall and began to pray.

She commended her daughter for never losing her faith, for never giving up or giving in.

“Faith is the very beginning of everything that matters spiritually,” she said.

Attorney Tim Kimble told the crowd that he can related to Garigan’s experience. On March 26 he suffered a brain aneurysm, something that killed his uncle, and yet he recovered despite doctors telling him only 5% of people ever do.

Kimble said someone complimented him on his smile recently, and he said he has plenty of reason to smile and tries to use it every day to touch the lives of everyone he can.

Pastor James Harris also lauded Garigan and her strength and perseverance, noting that despite being told she would never walk again she didn’t lose faith and her prayers were answered.

“People need to know that God is healing yet today,” he said.

“Lifeline: A Devotional Journey” can be purchased online at Amazon.com.