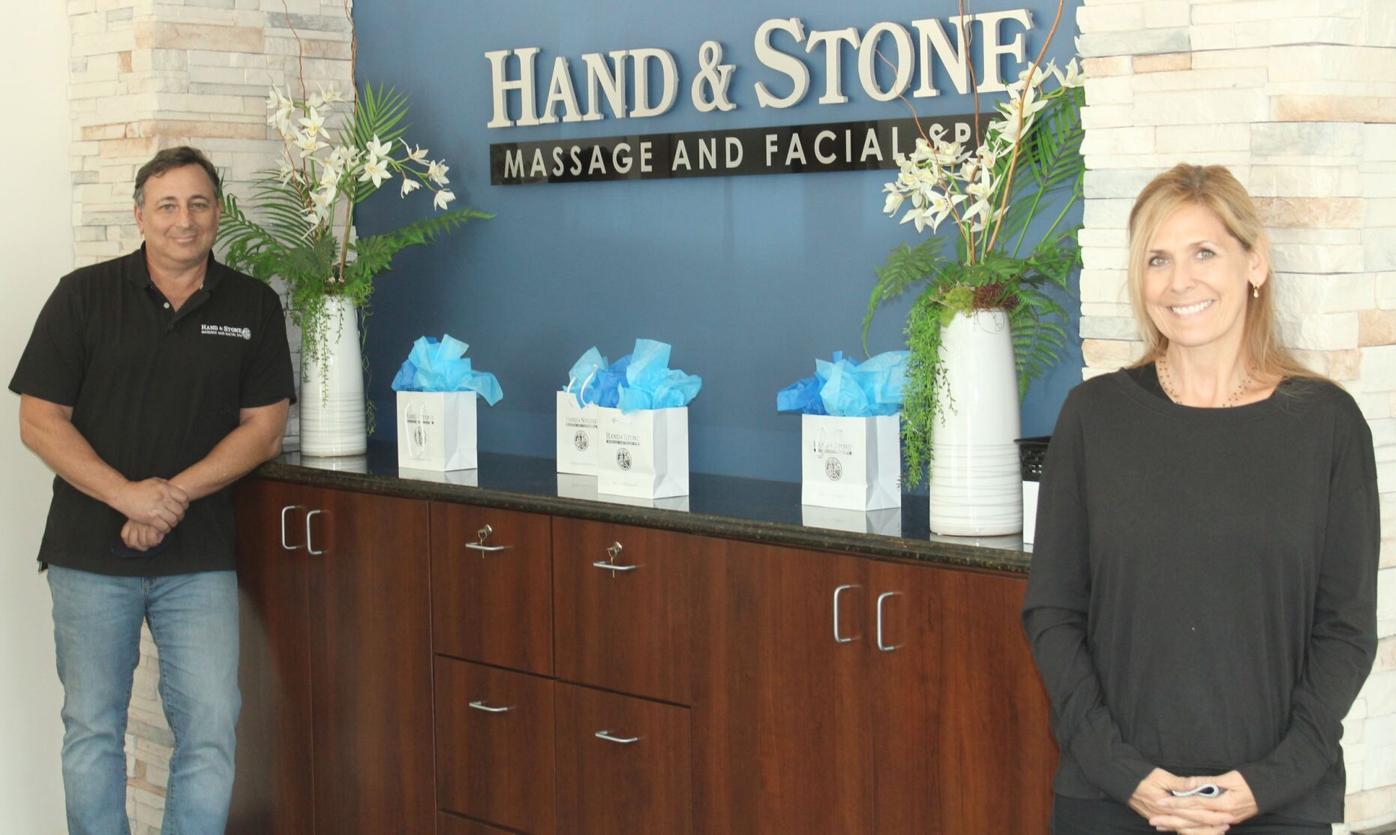 From left, Lee and Joyce Fields bought Hand and Stone Massage and Facial Spa’s Sandy Springs location despite having no experience in the spa industry. 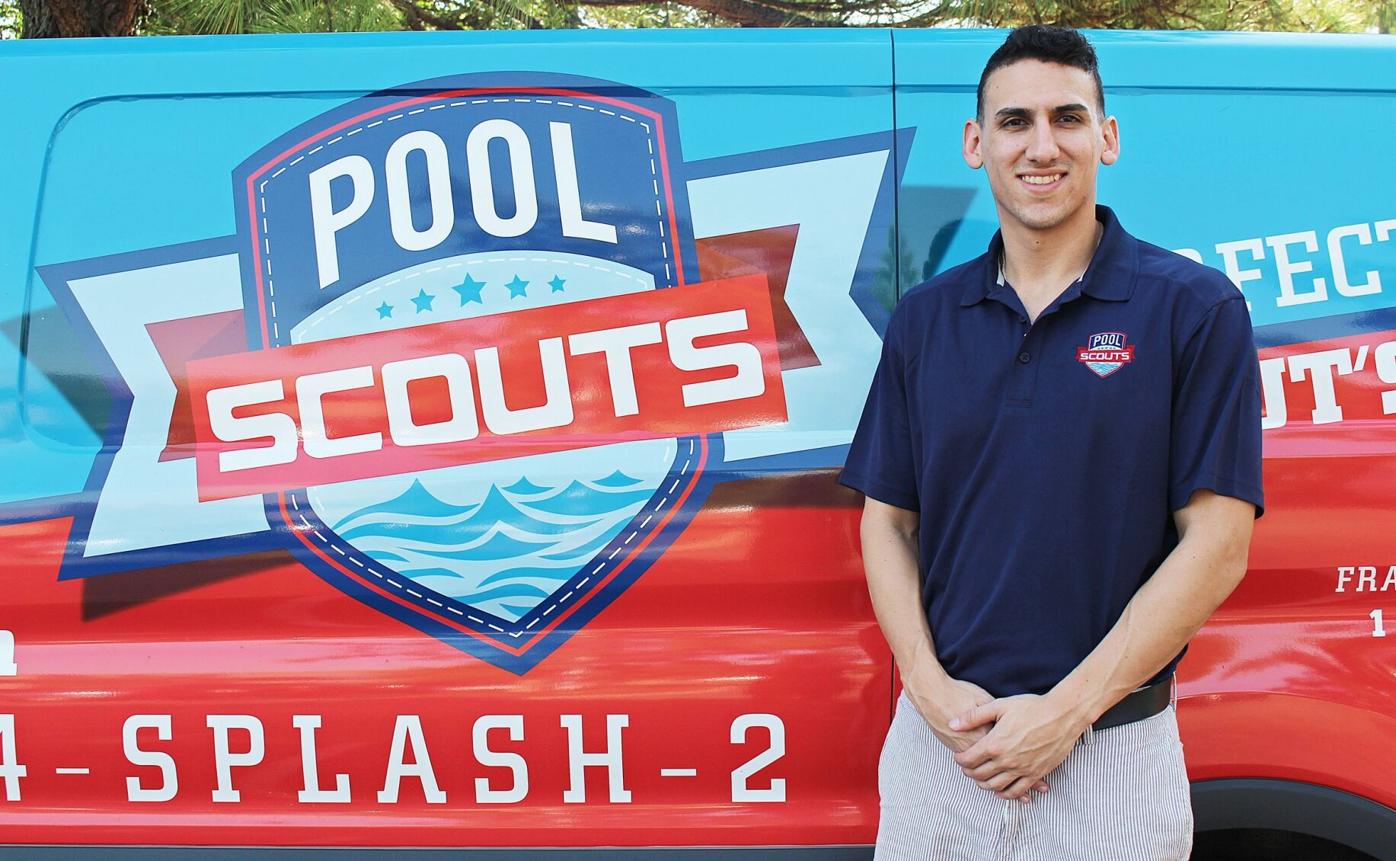 Chris Perez was hired as the north Atlanta territory manager for Pool Scouts after being laid off from his position as an in-flight crew scheduler for flight attendants with Delta Airlines.

From left, Lee and Joyce Fields bought Hand and Stone Massage and Facial Spa’s Sandy Springs location despite having no experience in the spa industry.

Chris Perez was hired as the north Atlanta territory manager for Pool Scouts after being laid off from his position as an in-flight crew scheduler for flight attendants with Delta Airlines.

This article was updated Aug. 26 at 10:28 a.m. with corrected information from Lee Fields.

Chris Perez was working as a Delta Air Lines in-flight crew scheduler for flight attendants in late March when he was laid off due to the COVID-19 pandemic, which has decimated that industry.

“It’s tough,” the Vinings resident said. “I was only there for three months. I was the last new hire before (the outbreak). I came in and started training in December and was on the floor after six weeks of training. Then we started cancelling trips from China when COVID started coming, the department got pretty crazy and things got hectic.”

Perez was unemployed until July, when he started a new job as north Atlanta territory manager for Pool Scouts, a Virginia Beach, Virginia-based pool cleaning franchise owned by Buzz Franchise Brands. He is one of three metro Atlanta residents the Neighbor interviewed about changing not only their jobs but their careers during the pandemic.

Perez was able to get the Pool Scouts position through a connection he had made with Brandon Fish, who he had worked with previously when doing restaurant marketing for MapMeLocal, a search engine optimization (SEO) agency starting in the fall 2018, shortly after graduating from college.

“I’ve only cleaned the pool in my house before,” he said. “The learning curve is huge, but it’s something that was planned for by the partners. If they wanted to hire someone with pool-cleaning skills, they could have. But they hired someone with a strong character, work ethic and integrity.

“All the pool skills are learnable, but what it comes down to is providing the service and caring about the service you provide for are the most important thing. Not everyone cares for our customers as much as we do.”

May 1, Milton residents Lee and Joyce Fields bought Hand and Stone Massage and Facial Spa’s 5-year-old Sandy Springs location, a franchise that is part of the Feasterville-Trevose, Pennsylvania-based company with 460 locations in the United States and Canada.

Lee has worked for more than 40 years in the corporate world as an executive, business consultant and salesman in multiple industries, most recently as chief growth officer for Aprio, a Sandy Springs-based, CPA-led business advisory firm. His wife Joyce spent nine years as an orthopedic nurse, including a stint at Emory St. Joseph’s Hospital in Sandy Springs, before becoming a stay-at-home mom for their two children, who today are adults.

“It was a big one, just with COVID, especially with everything that happened with that,” she said of the risk they were taking with the new ventures. “But I felt like our dream team we have here and also Lee and I have been married 30 years, so I know how Lee operates. We’re both hands on; we’re both hard workers. So I have faith.”

For Lee, the change to Hand and Stone wasn’t that big of a risk given he had taken some previous leaps of faith, leaving IBM to help found Answerthink, a startup that specialized in business consulting, benchmarking and technology implementations. It went public two years after its inception and today is The Hackett Group.

“I’ve had the opportunity to be part of a couple of instances where we acquired others and others acquired us, so I’m kind of used to that,” he said. “Risk taking is a very, very personal thing. I think the first time or two that you do it, if you have some success, then you have enough intestinal fortitude to say, ‘I can do anything. And, by the way, if I don’t know what it is, I’ll figure it out along the way.’ That’s kind of been my driving mentality.”

The couple spent about a year and a half researching and interviewing with franchises before deciding on Hand and Stone, which met their criteria of a business in the health and wellness industry that is recession-resistant and has a recurring-revenue model.

On top of the franchise fee, they paid an extra $100,000 to renovate the 3,800-square-foot facility, which closed in March due to the pandemic, before reopening it in June. With no experience in the massage and facial realm, they hired Bev Landis as the general manager, whom they met through Hand and Stone’s corporate staff.

In February Landis was laid off from her job as Hand and Stone’s regional operations manager supporting 35 spas in Georgia and New York, including the Sandy Springs one.

“It was a failing business (with) absentee owners (and) didn’t have great leadership in place,” she said. “So, the business was very challenging for me and any of the ops managers who visited it. You had to pump yourself up when you walked in the door. You were going to make all of these recommendations and none of them would happen every time you visited.

“It was really exciting for me because I knew this spa could be successful if I could just get somebody to listen.”

Though the ownership has changed, the Fieldses rehired most of the employees the business had previously, except for some front-desk staff that “were not in a good place,” Landis said. She added the shift has been very positive.

“Now we’re starting to get to know our members,” Landis said. “The team is really happy. … It makes all the difference in the world to not have an absentee owner. It’s really, really critical in this business.”

“Running into Brandon was just like a godsend and the opportunity he gave me, I just feel so blessed to have it,” he said. “I am glad I was able to get it. But Christian and Brandon believed in me based on the work I’d done for them.”

When asked what advice they would give individuals considering making a job change that also includes a complete career shift, here’s what Lee Fields and Chris Perez said:

Perez: “I would say just accept it with open arms. Opportunities are out there, especially if it’s a good one. Just take it head on. I just know that if I do my best, it will work out.

“I would say another thing is the mentality, too, because before I was really down. Things were getting kind of tight going into that third month of not working. It’s really a lot of faith to (have) and not do anything.”

Fields: “I would say a couple of things: number one, how comfortable are you with yourself that you believe you can make something successful, if it was all on your shoulders? What’s your comfort level with that? Number two, if you’re gonna get into something and you think you’re going to be an ‘absentee owner,’ then caveat emptor (buyer beware). There’s very few businesses that I know where you can be the main investor but you’re not involved in the business. We’re very involved in the business … because at the end of the day, it’s our baby.

“Number three, you need to decide if you want to be in a people business or a product business. If it’s going to be a people business, you better be good at working with people. There’s B to B, which is business to business, and B to C, which is business to consumer. They are two very different types of businesses. This is a B-to-C environment, and for the most part, the public is nice and respectful. But you also have to have patience, which you don’t need to have in a B-to-B environment because every once in a while, you’ll get someone that is really testing your bounds of patience just because their expectations are unrealistic or they don’t necessarily want to follow the rules. I’m talking about customers. When you deal with the public, it’s very different than being in a B-to-B environment. So you just have to be comfortable and patient dealing with that type of environment.

“The other thing I would say is if you’re not a risk taker, don’t do it. There are people who spend their entire careers, and there’s nothing wrong with it, working, let’s say, in the corporate world working somewhere. As long as they’re getting paid, they’re good. When you’re on the other side of it, you have to take care of everything. You have to have an entrepreneurial mindset to be able to want to take that on, because it does take a lot of time. But over time it can be very, very rewarding.

“The last thing I would say is if you don’t know the business you’re going to get into but you like the fundamentals of the finances, the bones of the business are really good, you better make sure you bring somebody on board that knows the business. Because you can’t afford to learn the business from scratch and be as successful as quickly as you’d like to be. We were very fortunate in being able to hook up with (former Hand and Stone Regional Operations Manager) Bev (Landis) and have her join us at the inception as our general manager.”

As local high schools are starting the 2020-21 academic year amid the COVID-19 pandemic, they are doing so in different ways and offering alte…