A rendering of the proposed Ga. 400 MARTA stations. 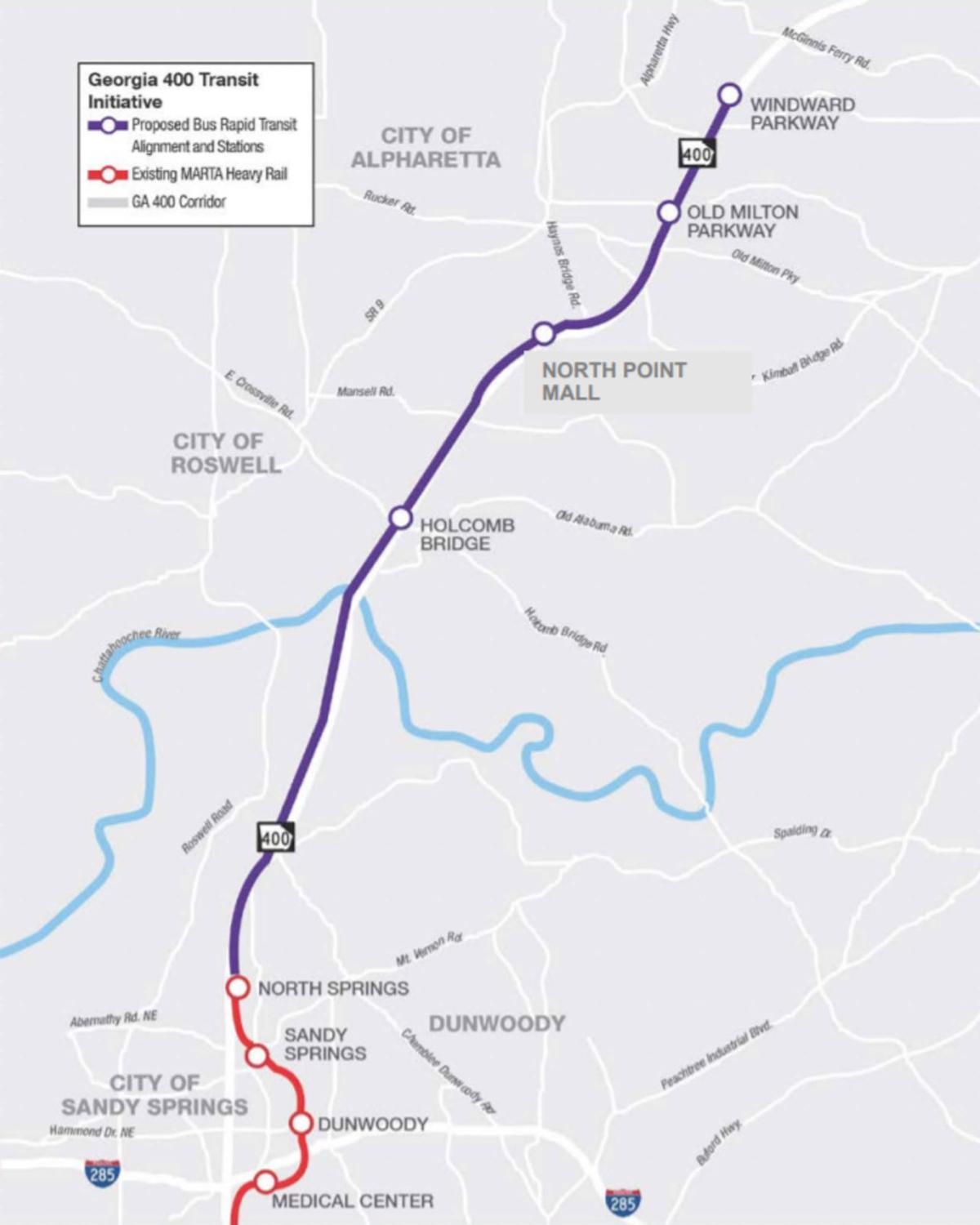 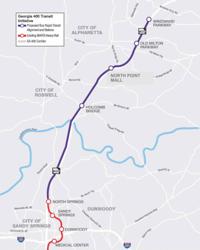 A map of the proposed bus rapid transits alignment and stations.

A rendering of the proposed Ga. 400 MARTA stations.

A map of the proposed bus rapid transits alignment and stations.

Alpharetta City Council discussed the transit station and express lanes with GDOT and MARTA at a June 17 meeting.

The total cost of the bus transit project would be between $312 million to $414 million. Georgia’s former governor Nathan Deal dedicated $100 million to the project as an obligation bond, but the county is working with MARTA to find funding for the remaining costs. A possible federal source may provide an additional $100 million, but there would still be between $100 to $214 million needed, most likely from T-SPLOST.

For now, the bus rapid transit is still in the environmental review and conceptional design stages.

Kimball Bridge Road over 400 will not have an express lane, but the bridge will be replaced to accommodate an at-grade bus rapid transit inline station south of Old Milton Parkway. The project will be funded by the Transit Bond.

Webb Bridge Road will also be replaced because the width does not currently allow for an express lane. The road is the recommend access point from an express lane to Alpharetta.

The proposed express lanes and transit station have not been finalized and are still in the early planning stages. A yes or no decision on the project will not be made until November 2020.

Sandy Springs’ Studio Theatre in the City Springs complex could be packed to the gills next week for the city council’s next work session.

Arrest records from the Saturday, Aug. 15, edition of the Calhoun Times

Rome, Floyd students arrive for their first day of school

Calhoun, Gordon County schools, back in class, will report COVID-19 cases each Friday

How US military is patrolling virus cases among troops in Asia

Father of 5-year-old shot: I screamed for somebody to help me

This past decade was the hottest decade in Earth's history