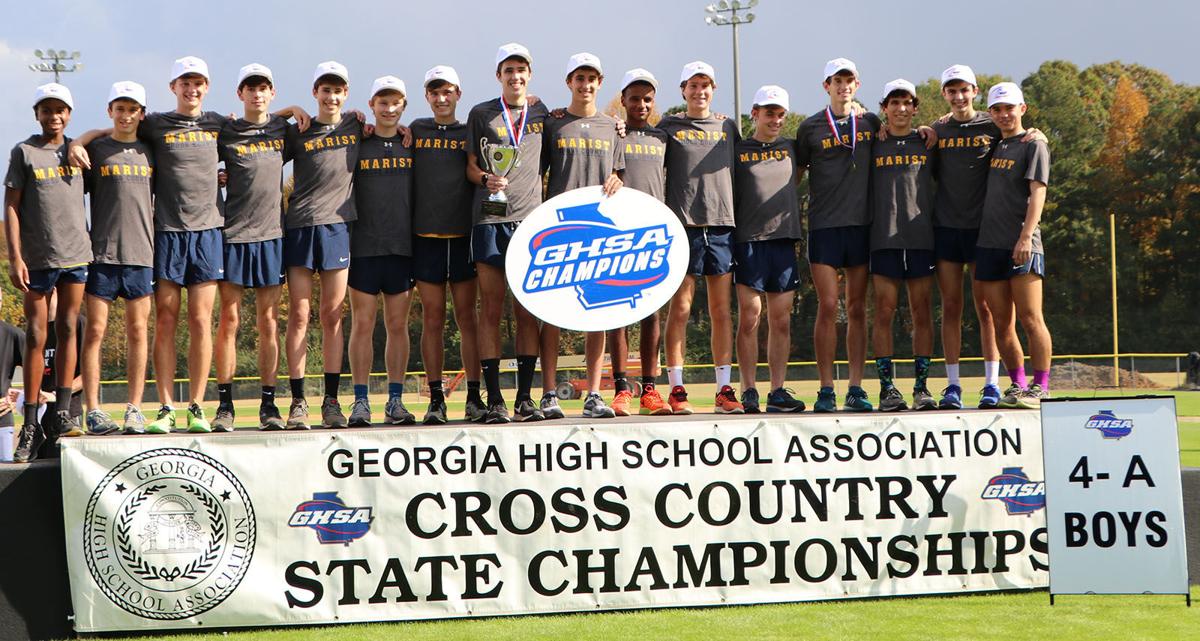 The War Eagles’ boys team earned its 12th state title led by Knox Pittman’s winning time of 16:32.26 in the individual competition. His teammate William O’Rielly finished second at 16:42.86 marking the first time this has happened for the program since 2008. Marist also saw Nathan Haileysus and David Reteneller placed in the top-15. “The boys have dealt with a lot of adversity this season and to emerge victorious was a powerful reminder that hard work does pay off,” Marist cross country coach Eric Heintz said. “It was the full team that secured victory.”

Marist’s girls team won its tenth-consecutive state championship and its 19th overall. The lead runner for the War Eagles was Kathleen Maley who placed second with a time of 19:29.90, only behind Oconee County’s Nicole Pachuta winning mark of 19:26.63. Josie Wirtz, Kathleen Schellman and Kiki Popescu were all in the top-ten overall. Annie D’Amaro, Olivia Baljet and Kate Hartigan were in the top-25.

“For our girls this was a ‘once in a program’ kind of day,” Heintz said. “Ten state championships in a row need to be celebrated and once again it was a total team effort.”

MD: THIN MINT CHALLENGE TO HELP THOSE IN NEED

Mayor battles cancer while trying to protect city from virus