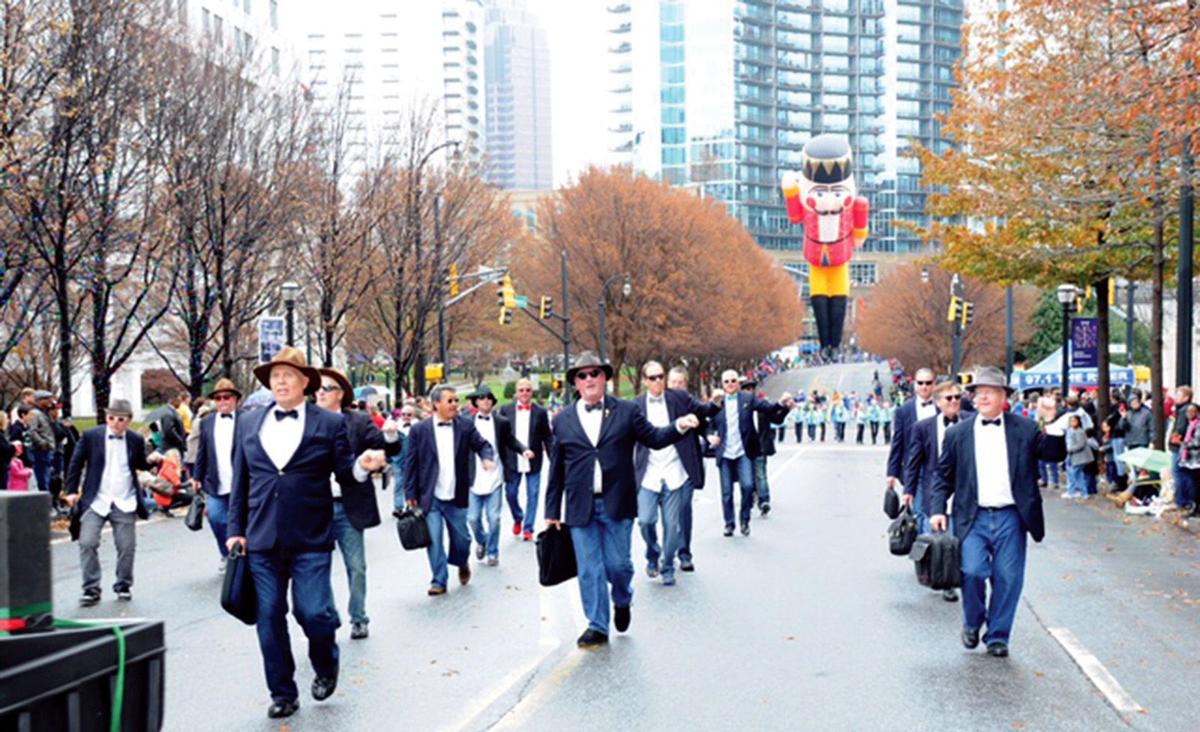 A group of men march at a previous Children’s Christmas Parade.

A giant Rudolph the Red-Nosed Reindeer balloon makes its way through a previous Children’s Christmas Parade.

A group of men march at a previous Children’s Christmas Parade.

A giant Rudolph the Red-Nosed Reindeer balloon makes its way through a previous Children’s Christmas Parade.

Set for 10:30 a.m. to noon, the event is the largest Christmas parade in the Southeast and will include the Southwest DeKalb and Miller Grove high school bands and Santa Claus. This year, surgery patient Destiny Strickland, 11, of Sandy Springs, will serve as its grand marshal.

During her mother’s routine pregnancy checkup, doctors noticed abnormalities on her ultrasound. Destiny was diagnosed with amniotic band syndrome, a medical condition in which the amnion bands affect the development of babies in utero, before birth.

The condition affected the development of Destiny’s face and caused severe facial clefting, the absence of her left eye and more. To date, Destiny has undergone more than 30 facial reconstructive surgeries with the Children’s plastics team.

“Today, Destiny is a happy girl who loves to dance and hopes to inspire by showing the world that different is beautiful,” a news release stated. “She embraces her uniqueness and uses that as fuel to thrive and accomplish her goals. Her message to kids and adults alike is that appearance is only one aspect of a person and that acceptance is the most powerful gift that someone can give.”

The parade will also include floats, dance groups and giant helium balloons along its route. The Children’s mascots, Hope and Will, will also make their way through Midtown as balloons standing more than two stories tall.

Proceeds from the 2019 parade will benefit the Center for Advanced Pediatrics, an eight-floor outpatient facility in Brookhaven that opened in July 2018. It brings together multiple pediatric clinics, programs and specialists under one roof, providing a better way to treat children and teens with chronic diseases and complex care needs. The center is the first new structure completed at the Children’s North Druid Hills campus, a major pediatric medical campus that will also be home to the relocated Children’s Egleston campus plus support staff offices and more than 20 acres of greenspace and miles of walking trails and paths.

The parade is free and open to the public. It will air live on WSB-TV Channel 2 (ABC) beginning at 10:30 a.m. The parade will start at Peachtree and 16th streets and continue for one mile, ending at Peachtree

and 5th Street. The route is easily accessible to spectators by MARTA, with the Midtown and Arts

Center stations all within walking distance.

The Macy's Pink Pig oinks for Children’s Healthcare of Atlanta

Destiny Strickland is proving anyone can overcome seemingly insurmountable obstacles.

5 ways to cut your plastic waste

Video shows man stealing car with mother and baby inside

How Trump's words have been used against him in court

Watch an official Super Bowl football get made