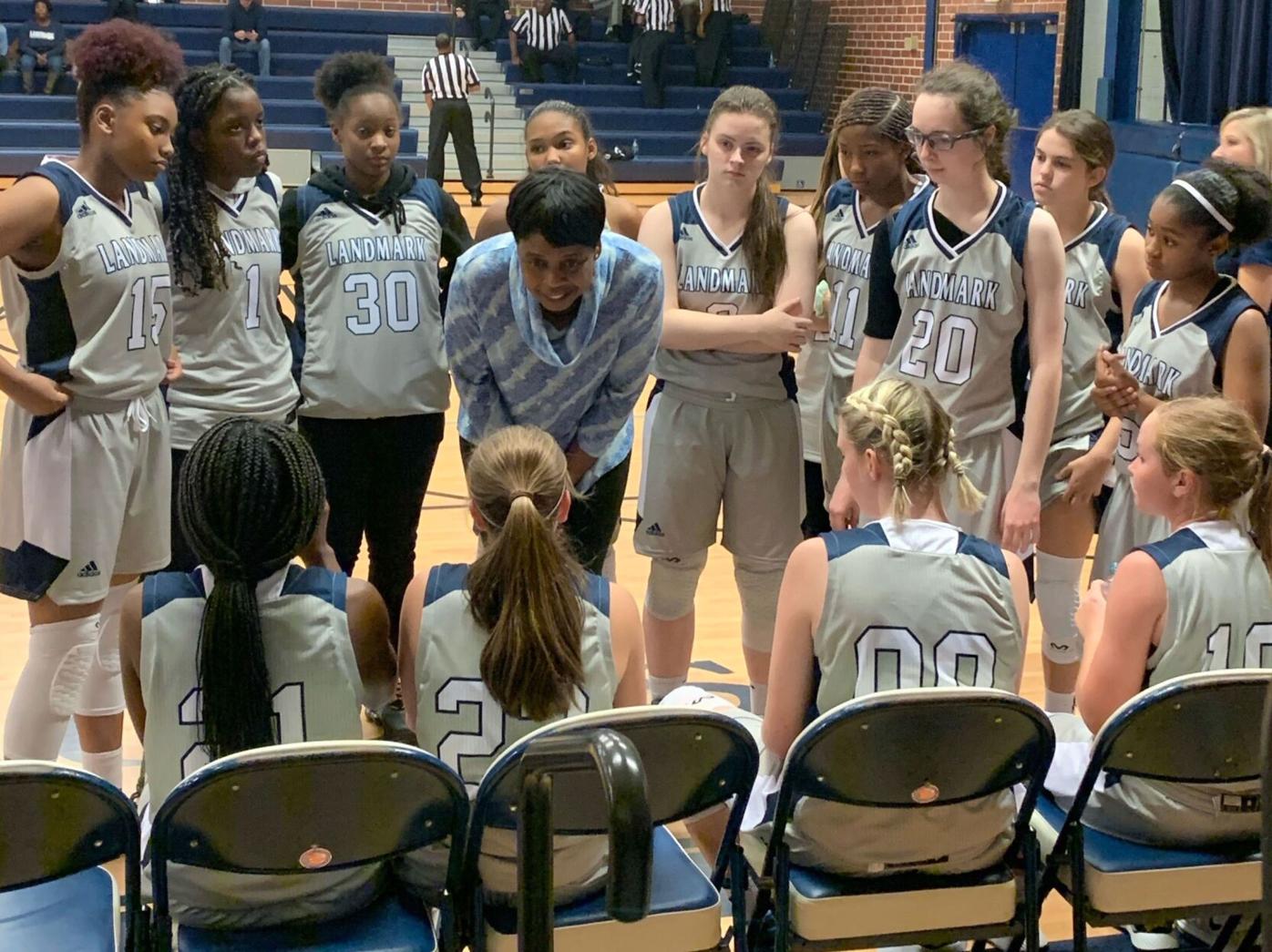 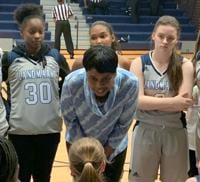 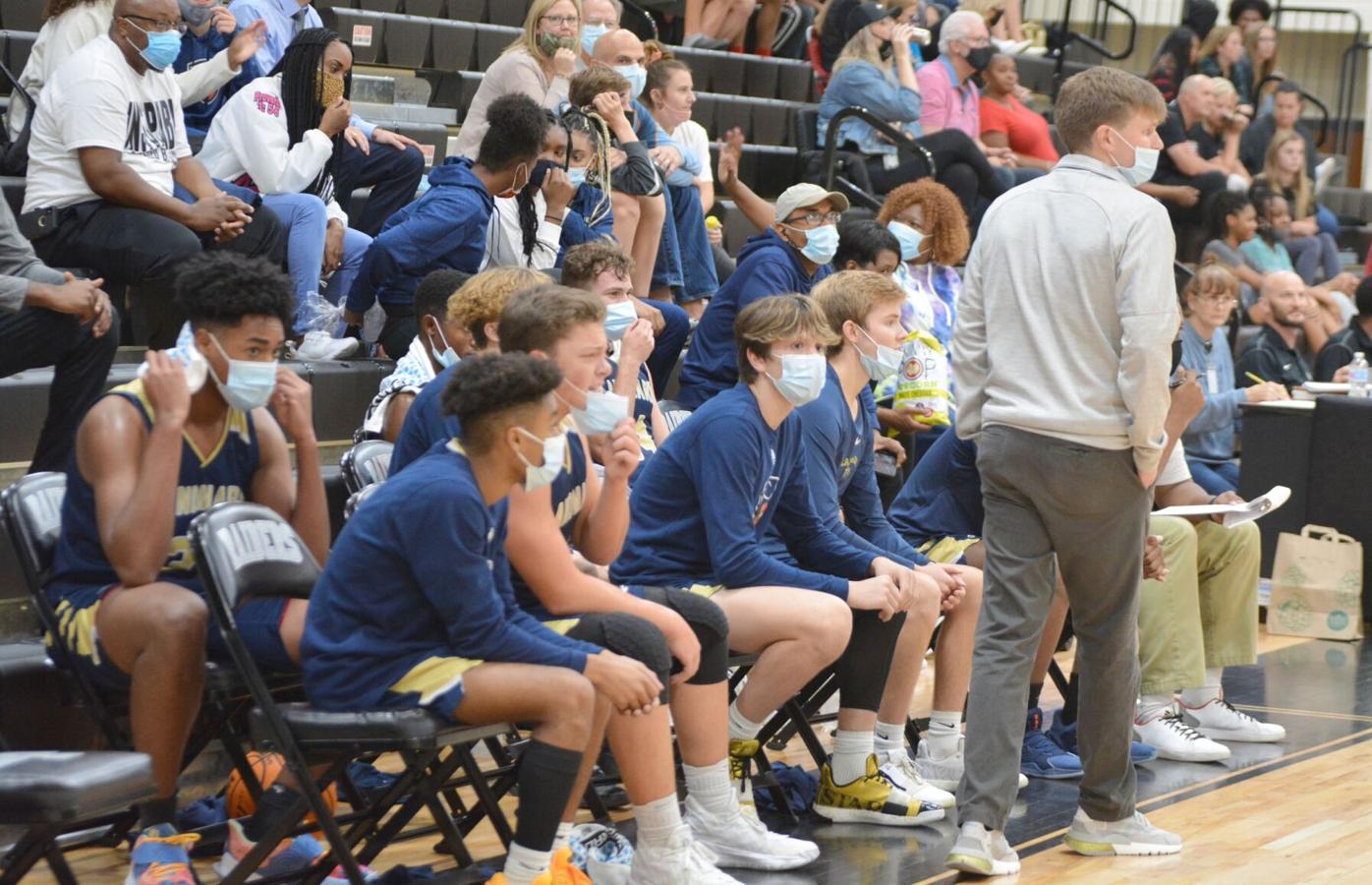 For Landmark Christian School’s basketball program, it’s all about starting over.

“I think it’s changing the culture, really creating a basis that starts from the ground up, from the middle school all the way to the varsity,” said first-year boys’ coach Brandon Cerezola, who replaced Chip McAllister in May. “Really just growing all together as one unit, but I’m not a big believer in a rebuilding stage.

“I think we’ve got the talent and the guys that really can make a splash in our region (5-A Private). It’s really just a matter of kind of pulling it out of them and creating that belief in themselves. I think this year is really just about us all getting on the same page.”

The War Eagles return two starters – sophomore shooting guards Sarah Jane Douglas and Mattie Terek – from last year’s team, which had no seniors, and will bring in freshman point guard Gabbie Grooms, the coach’s daughter. Because the War Eagles have had a year to adjust to Grooms as their head coach, they’re more comfortable with her system and have gelled.

“I’m really excited to play,” Douglas said. “I think we have a great team. We play really hard on defense. We’re learning new offenses and we’re really learning to play together. So far we’ve had a great time really bonding and becoming a family as a team.”

Gabbie Grooms added, “I feel very confident about the season. I feel like we’re really meshing together this year. A lot of us played together last year on JV. I think this year will be a good year to come together. We’re very small (height-wise) this year, but we are learning the new defenses and pressing. We’re more of a scrappy team.”

Said junior guard/forward Joy Butts, “Our teammates, we do a good job of loving each other and building up each other, making sure everybody’s OK, especially doing our academics. We, during study hall, are always helping each other, (to) make sure everyone is doing their homework and make sure we’re on top of our classes. It’s a big family here.”

The Landmark boys’ team, which returns only one starter – senior point guard Dylan Span – lost Jackson Barnes, who transferred to Trinity Christian; forward Isaiah Sherrard, who moved to California;, leading scorer Sam Perry, who plans to play at West Georgia; and Rico Wade, who is committed to play at a junior college, Cerezola said. But seniors Xander McAteer (guard) and Jacob Woods (guard/forward) also are back to fill two starting slots.

“I feel great about it,” Span said of the upcoming season. “We improved a lot. I think we’re going to surprise some people.”

Coaches and players from both teams said they are happy to be playing this season amid the COVID-19 pandemic. In addition to providing hand sanitizer and practicing social distancing, both head coaches are requiring their squads to wear masks or face coverings not only in practices but also in games.

According to rules posted to its website, the Georgia High School Association only asks players and coaches to wear them while on the bench.

Cerezola and Grooms said they did it to avoid Landmark possibly passing COVID-19 to other teams in games, and the pandemic has required more planning with practices and games than normal.

“Every time there’s a time out, there’s a trainer giving them hand sanitizer,” Lady Grooms said. “We’re keeping ourselves as safe as possible, so now (the team) may not get shut down for 14 days (to quarantine). Fourteen days getting shut down, that’s hard.”

Cerezola added, “Obviously, the running with the masks on is really tough from a conditioning standpoint, but we’ve done a great job of just progressing to a point where those masks became just comfortable for them and really just being smart about not going too long without water breaks. …

“From that standpoint, it’s going to be a challenge, but I think just doing the right thing and protecting our guys to give them a chance to play every day.”

Players interviewed by the Neighbor said they’ve adjusted to wearing the masks while playing or practicing.

“It’s definitely been a challenge working out in the gym or running outside with a mask on,” Terek said. “But I think we’ve done really well in adjusting to it. We’ve had people out here and there, but we’re coming together as closely as we can and being as safe as we can because we want to have a good season, especially for our seniors.”

Woods added, “It’s been different, for sure. It’s been something new to get used to, especially wearing masks while running. But we’ve gotten used to it at this point, so it’s just like any other thing now.”

As a senior, McAteer said he’s thankful to play his final high school basketball season despite the pandemic.

Landmark’s boys will open the season Nov. 21 against host North Forsyth in the Raider Classic tournament, and the girls will tip off Nov. 20 against Mount Paran Christian.

Westlake High mourning loss of principal and his wife

Westlake High School and the surrounding community are mourning the loss of its principal and his wife, who both died in a drowning incident w…