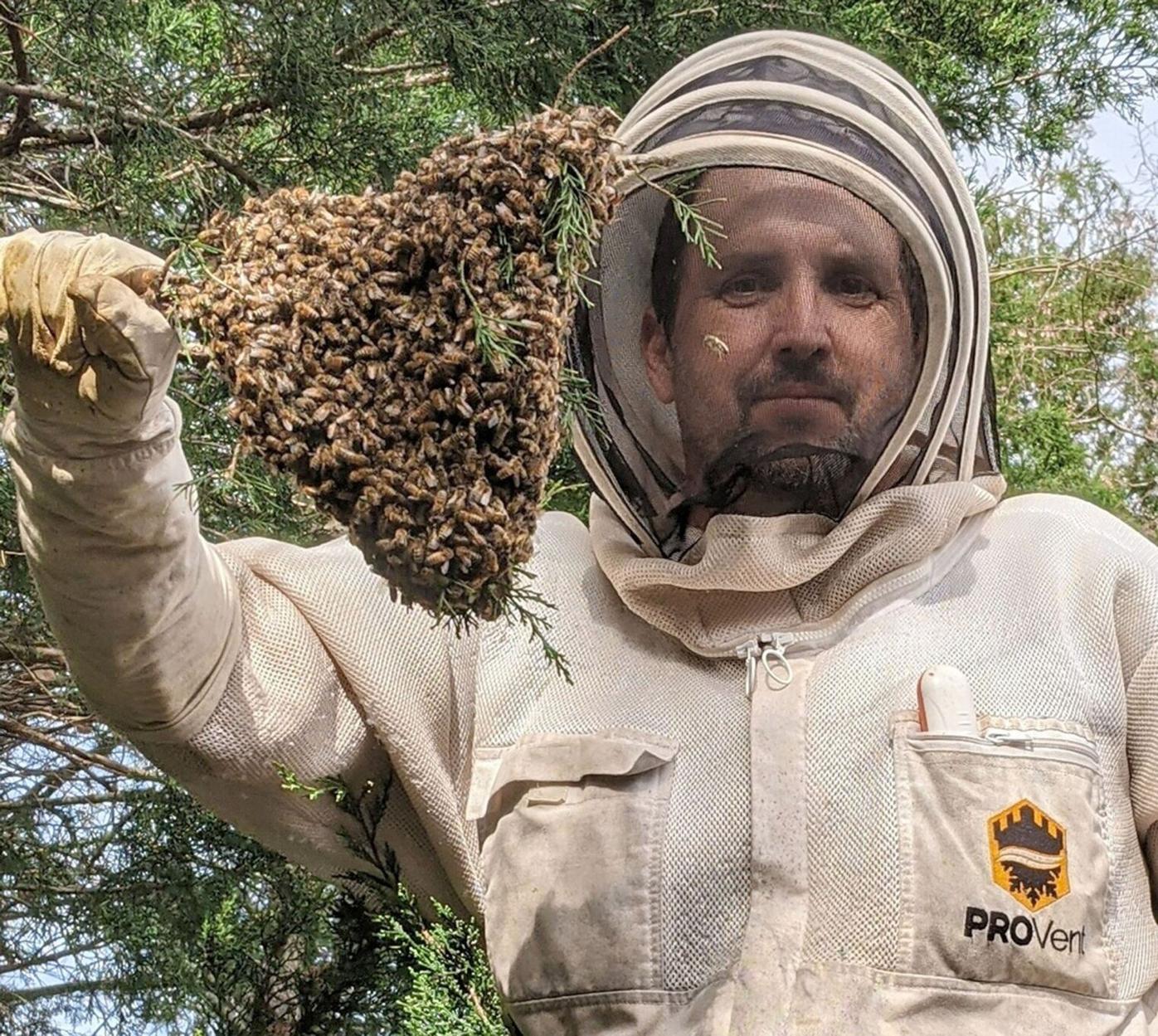 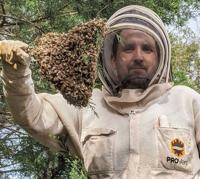 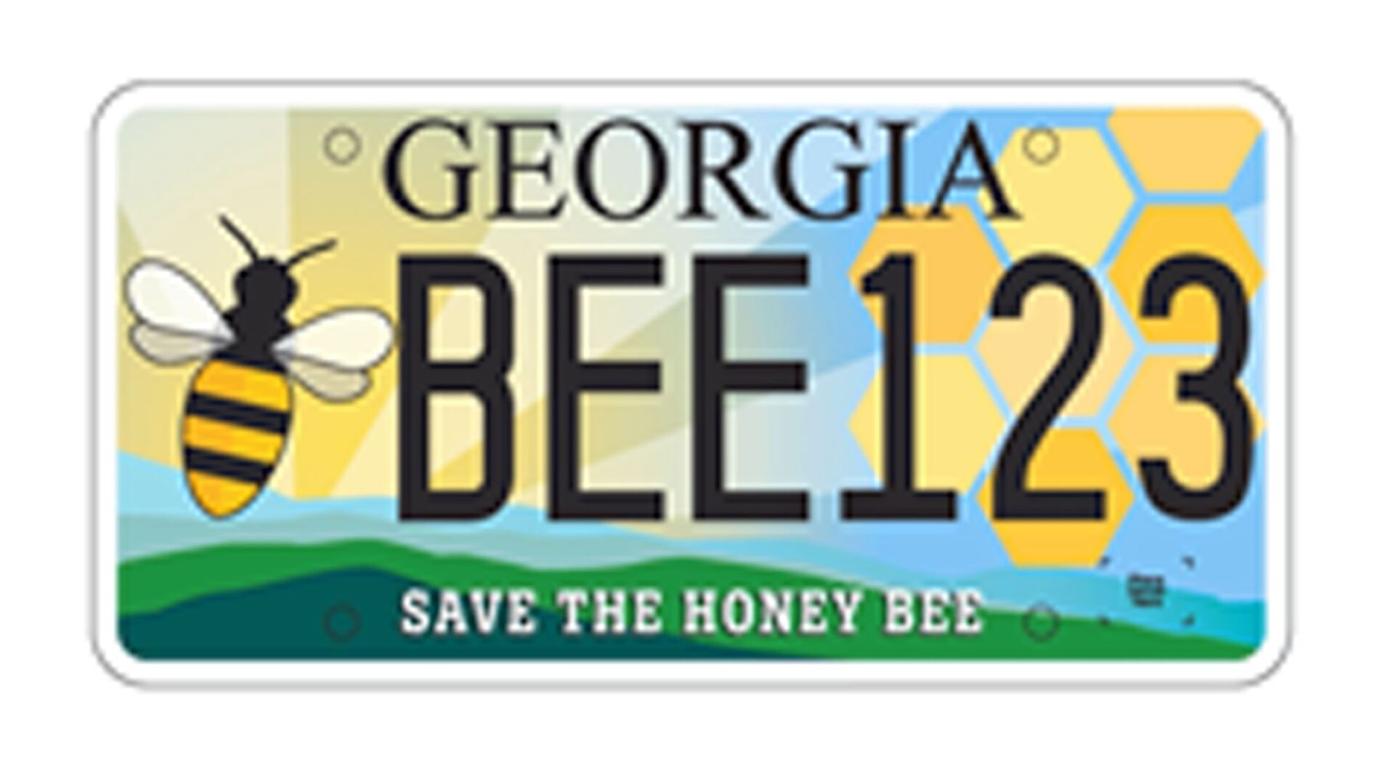 This article was updated May 13 at 9:39 a.m. with new photos added and "Save the Honey Bee" license plate fee information corrected.

The Georgia Beekeepers Association can be added to the list of organizations hit hard by the COVID-19 pandemic.

The association, which raises awareness of beekeeping and funds educational and other programs through individual clubs across the state, has been hampered by outbreak-related restrictions that have not allowed its members to fan out to local festivals, farmers markets and other large-scale public events to spread the word about its mission.

“Here’s the thing,” said Gina Gallucci, the association’s president and a Buckhead resident. “The Georgia Beekeepers Association represents all the beekeepers whether they’re small hobbyists like me or a gigantic professional organization that sells pollinator services throughout Georgia and the rest of the country.

Much of the association’s funding comes from sales of Georgia’s “Save the Honey Bee” license plates, which are sold for a one-time manufacturing fee of $25 plus annual fees of $20 (registration) and $35 (special tag). The organization gets $22 from each special tag fee each year, and the state gets the rest.

Those funds then go to the association’s 48 clubs across the state, which host programs ranging from school facilities to prison apiaries/beehives to trees that are planted to provide more blossoms for pollinators. Membership fees also help pay for the organization’s programs.

The group also sends representatives to speak to garden clubs, schools and other organizations and provides a list of beekeepers selling honey, bees and offering services for the public such as bee removal from homes.

As an organization that relies on in-person outreach and hands-on experiences such as programs for new beekeepers, the pandemic has drastically cut down on those initiatives, forcing it to shift many events or meetings to an online format.

The Metro Atlanta Beekeepers, one of the clubs under the association’s umbrella, meets in Buckhead. It usually hosts about 20 in-person hive inspection programs each year to help train new beekeepers.

“We did a few in 2020 but less than normal, a third of what we normally do,” Gallucci said.

According to statistics provided by the U.S. Department of Agriculture, honeybees hives have decreased from about 6 million in 1947 to 2.4 million in 2008, a 60% drop. Also, in American crops that require bee pollination, the number of bee colonies per hectare has dipped by 90% since 1962. The association, through license plate sales, is raising awareness about local honeybees’ population decrease.

“One of the things the license plate does for the general public is it brings awareness of what the honeybees do in terms of pollinating food and pollinating plants,” Gallucci said. “The honeybees and the other pollinators have a symbiotic relationship with the plants. They evolved together at the same time on the Earth.”

She added a fellow association member posted a message on the app/website Nextdoor in Atlanta’s Morningside community about the lack of insects in the area, likely due to pesticides.

“Of the 192 respondents, 180 had not seen any insects this spring,” Gallucci said. “The mosquito spraying is really hard on the beekeepers, the bees, the pollinators, the beneficial insects.

Bobby Chaisson is president of the Tri-County Beekeepers, a club which meets in Gillsville, on the Hall/Banks county line and serves those two counties plus Jackson County, and lives nearby in Lula. Chaisson, whose day job is operations director of the Georgia Bee Removal company, is also an association board member and serves as regional director for northeast Georgia, overseeing six clubs including Tri-County.

“It’s been pretty tough,” Chaisson said of the pandemic’s impact on the clubs. “With beekeeping, a lot of people that get into beekeeping, it’s a camaraderie thing with beekeepers. We like to get together and share ideas and educate one another. The friendships beekeeping brings about (are beneficial), and not being able to meet (in person) makes it a little tougher. … It definitely has limited the amount of education we can do.”

Like the association, the clubs he manages have also had to pivot to online meetings and events, but the shift to virtual has had its pluses, too.

“But with Zoom we’ve been able to bring a lot of people together,” Chaisson said. “We did our state (conference) this year and reached more people than normal. I think we had people from 13 or 14 different states. We even had people join us from as far away as Alaska. From that aspect, we’ve been able to reach more people here in Georgia, but then again, beekeeping is such as hands-on, mentor type of career, so it’s important to be in person.”

Even as some clubs are returning to in-person meetings this spring due to some statewide restrictions being lifted, they continue to include a virtual option for individuals who can’t attend them or don’t feel comfortable attending them.

However, fundraising has also dropped due to the outbreak.

“A lot of the local bee clubs … do what we call a short course, which is a crash course into beekeeping,” Chaisson said. “That’s normally a huge fundraiser for our clubs, and it’s also a huge membership boost for our clubs, so with not having those, this year was the first year in several years we haven’t had one, our membership dropped about 40%. However, I’ve started to see here in the last couple of months, more people are finding out about us, and we’re starting to have an influx of new members.”

Both Gallucci and Chaisson said license plate sales are down partly because the association hasn’t been able to do as much outreach as normal.

“With the license plate sales, we’ve been able to do some things to offset some expenses,” Chaisson said. “But here again, to me, our most important role is educating the beekeepers, and if we’re not able to (have) those courses, it has impacted us by lowering the number of beekeepers we can have.”

Gallucci said she hopes more Georgians can learn about beekeeping and honeybees’ impact on the environment.

“We really appreciate and love the opportunity to educate the general public, whether it’s school kids, adults or seniors, about the benefit of honeybees,” she said. “One of our brochures gives suggestions on what you can plant to draw more honeybees.”

For more information on the association, visit gabeekeeping.com.

The city of Sandy Springs is doing its part to save the bees.

Got any shoes you want to give away? One local nonprofit is turning those old items into a way for foster children and youths to attend colleges.