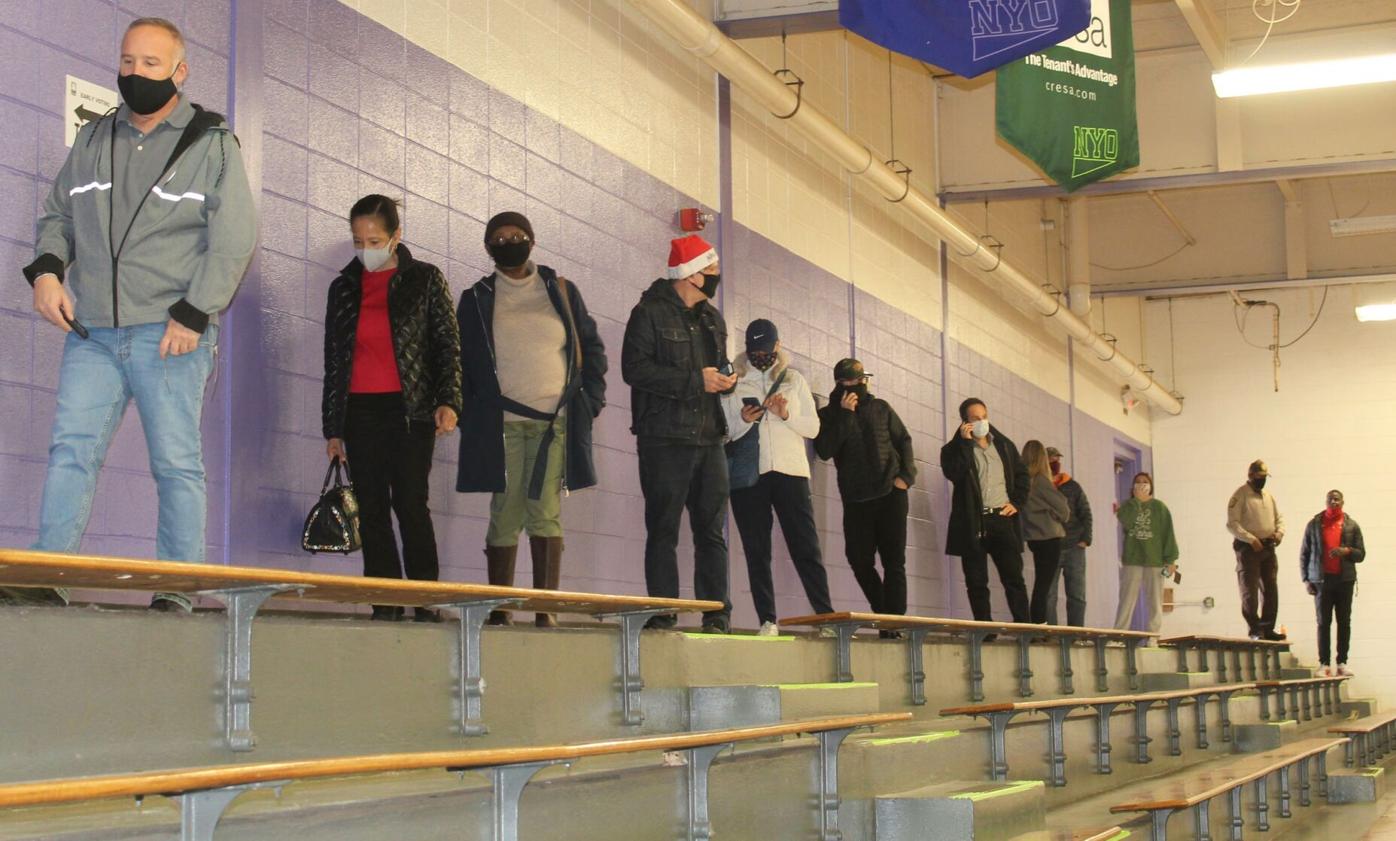 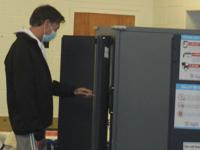 A man, right, casts his ballot as, from left, a woman and two other men check in at the Chastain Park gym polling precinct Dec. 14 on the first day of early voting for the Jan. 5 U.S. Senate special runoff election. 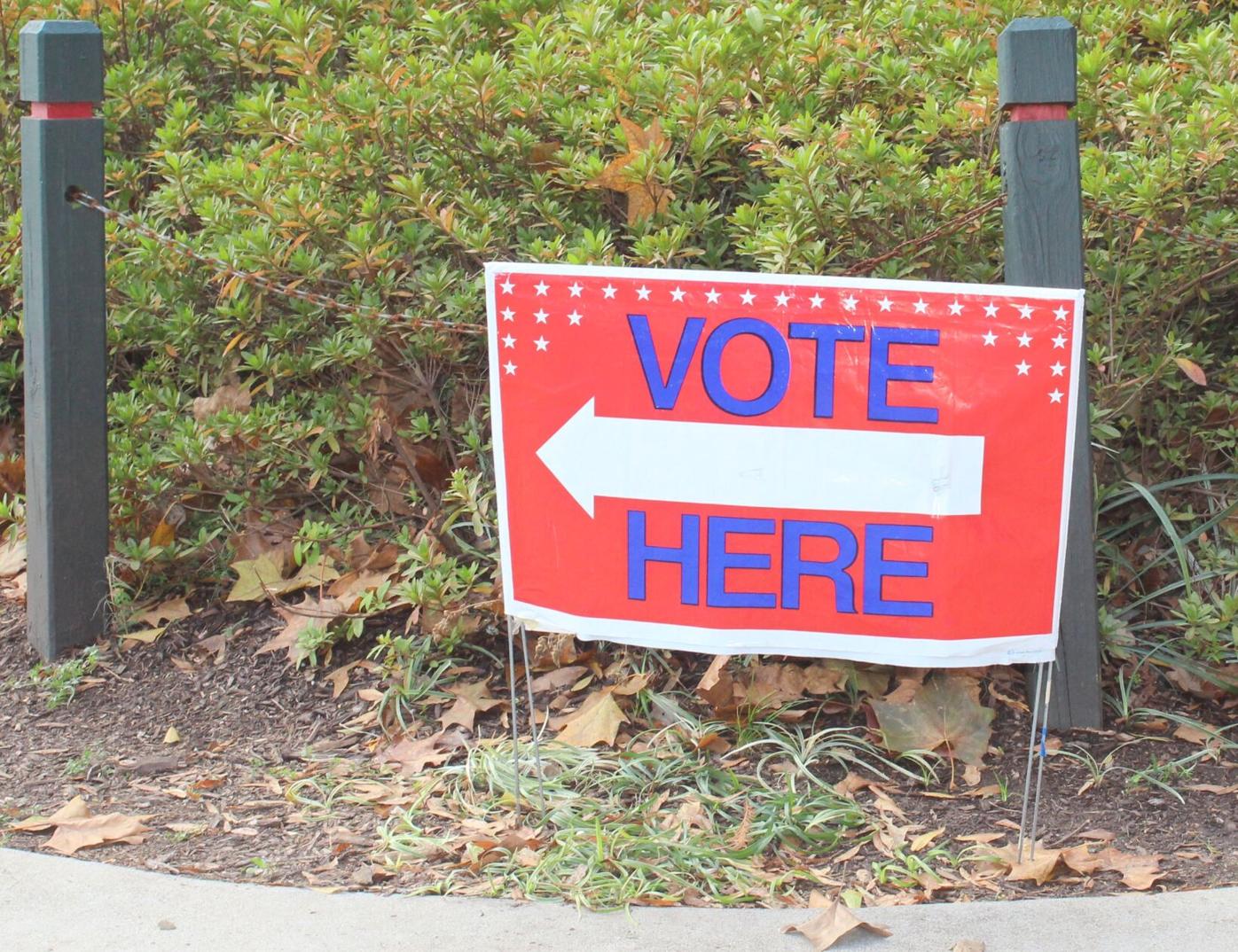 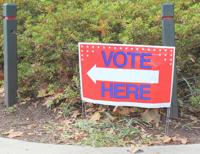 A sign points to where residents can enter the Chastain Park gym polling precinct Dec. 14 on the first day of early voting for the Jan. 5 U.S. Senate special runoff election.

A man, right, casts his ballot as, from left, a woman and two other men check in at the Chastain Park gym polling precinct Dec. 14 on the first day of early voting for the Jan. 5 U.S. Senate special runoff election.

A sign points to where residents can enter the Chastain Park gym polling precinct Dec. 14 on the first day of early voting for the Jan. 5 U.S. Senate special runoff election.

This article was updated Dec. 16 at 5:37 p.m. with information on early voting provided at the Fulton County Board of Commissioners' Dec. 16 recess meeting.

If one Fulton County early voting polling precinct is an indicator, turnout in the Jan. 5 runoff election could be lower than expected, despite the fact that control of the U.S. Senate is on the line.

“It was a much better experience this time,” Buckhead resident and voter Eric Crooks, said, referring to Oct. 12.

Crooks said he waited in line to vote for only 12 to 13 minutes Dec. 14, and the two other residents the Neighbor interviewed said their wait time was no more than 20 to 25 minutes.

The Senate runoff, where incumbent Republicans Kelly Loeffler and David Perdue face Democrats Raphael Warnock and Jon Ossoff, respectively, is expected to break records both in terms of money spent on each candidate’s campaign and in terms of voter turnout, since either party’s control of the Senate hangs in the balance.

Statewide, over a million absentee ballots could be cast partly due to residents’ fears of contracting COVID-19 if they vote in person after 1.3 million were cast in the Nov. 3 general election, which garnered 5 million votes total.

Residents interviewed after voting Dec. 14 said they cast their ballots early for a variety of reasons, with Buckhead resident Josh Bass saying he did so “to avoid the crowd on Jan. 5.”

“I really just wanted to cast my vote as soon as quickly as I possibly could,” Buckhead resident Payton Towe said. “I absentee voted in the presidential (election). I just feel like voting in person, especially right now, is probably a better idea.”

Crooks added, “I’ve tried to social distance before going see my family next week. So, I wanted to get it done early. That’s the main reason.”

None of the residents interviewed said they had any problems with voting machines or the health and safety measures the county implemented because of the pandemic.

Towe added, “It seemed pretty straightforward. They’ve got us spaced out pretty well in there.”

However, not every Fulton polling precinct had a smooth day with early voting. An individual posted a message on the Concerned Citizens United Facebook page warning voters of issues at two locations.

“If you’re planning to vote this morning check the system for wait times,” the person said. “I’m at the (Benson) Senior Center in Sandy Springs, and they just told us there were problems system-wide. Apparently (the) Buckhead Library and other locations are totally down based on what they’re telling us.”

Jessica Corbitt, a Fulton spokeswoman, confirmed some precincts had problems.

“We have had occasional minor issues, but overall, all of our 30-plus sites have served voters smoothly,” she said. “The first day of early voting is often one of the busiest so it is not unusual to have lines.”

Early voting runs through Dec. 30. For more information, including a list of precincts, visit www.fultoncountyga.gov/voteearly. The Fulton Votes mobile app is providing voting site wait time info for the runoff.

Georgia’s members to the Electoral College have cast their 16 votes for a Democratic presidential candidate for the first time in nearly 30 years.

With Georgia’s historic Jan. 5 U.S. Senate runoff election only a month away, over 100,000 Fulton County residents have already submitted appl…

Kwanza Hall and Sonya Halpern were victorious in the all-Democrat Dec. 1 special runoff elections for the District 5 U.S. House of Representat…

The Fulton County Board of Health is planning to transition into a Georgia entity as part of a state mandate dating back to 2016.

Georgia's new U.S. Senators ready to be sworn in, elections certified on Tuesday