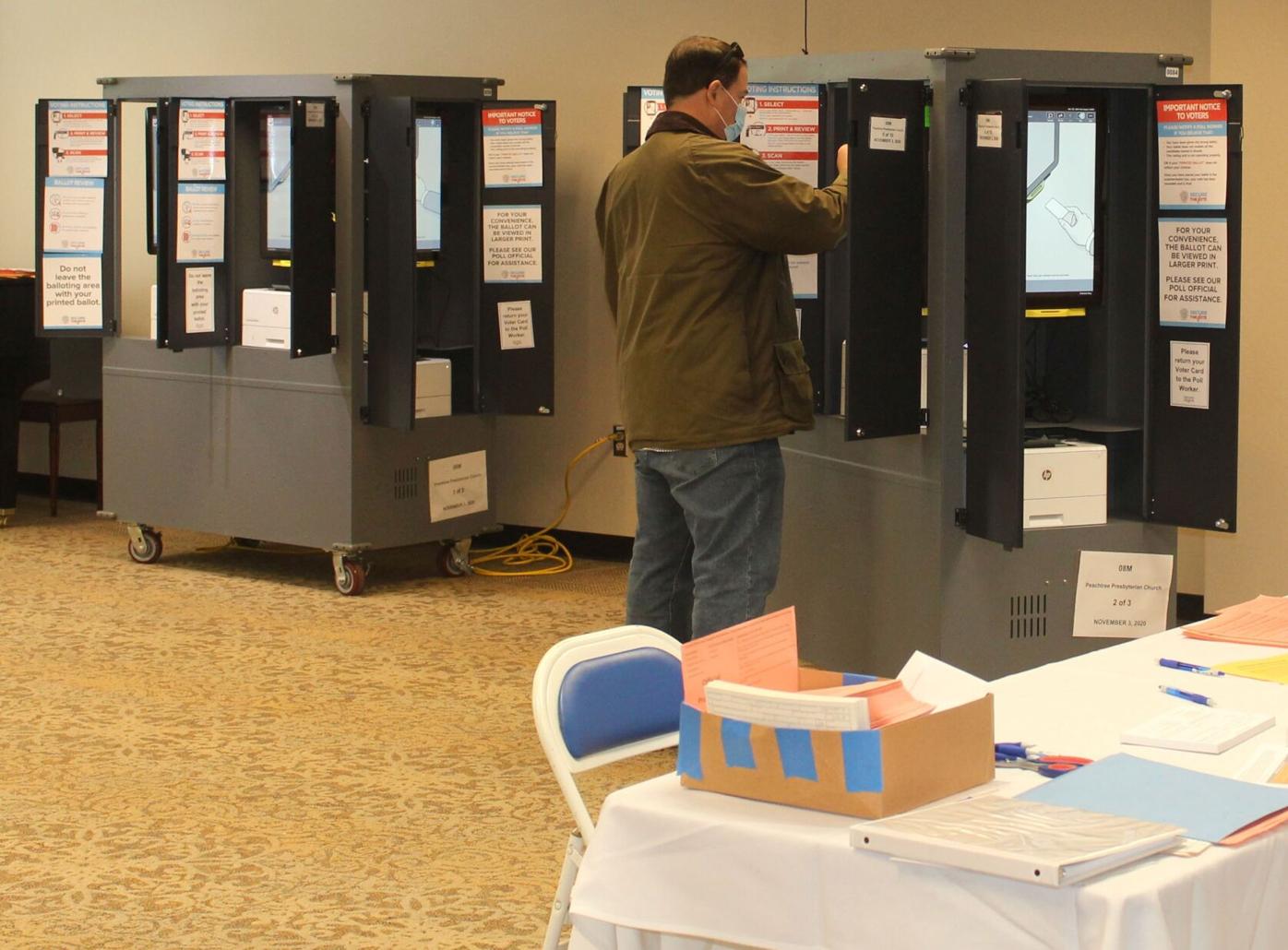 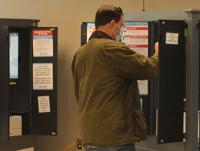 A man votes at the Peachtree Presbyterian Church precinct in Buckhead during the Nov. 3 general election.

Poll workers wait for voters to arrive at the Church of the Redeemer precinct in Sandy Springs during the Nov. 3 general election. 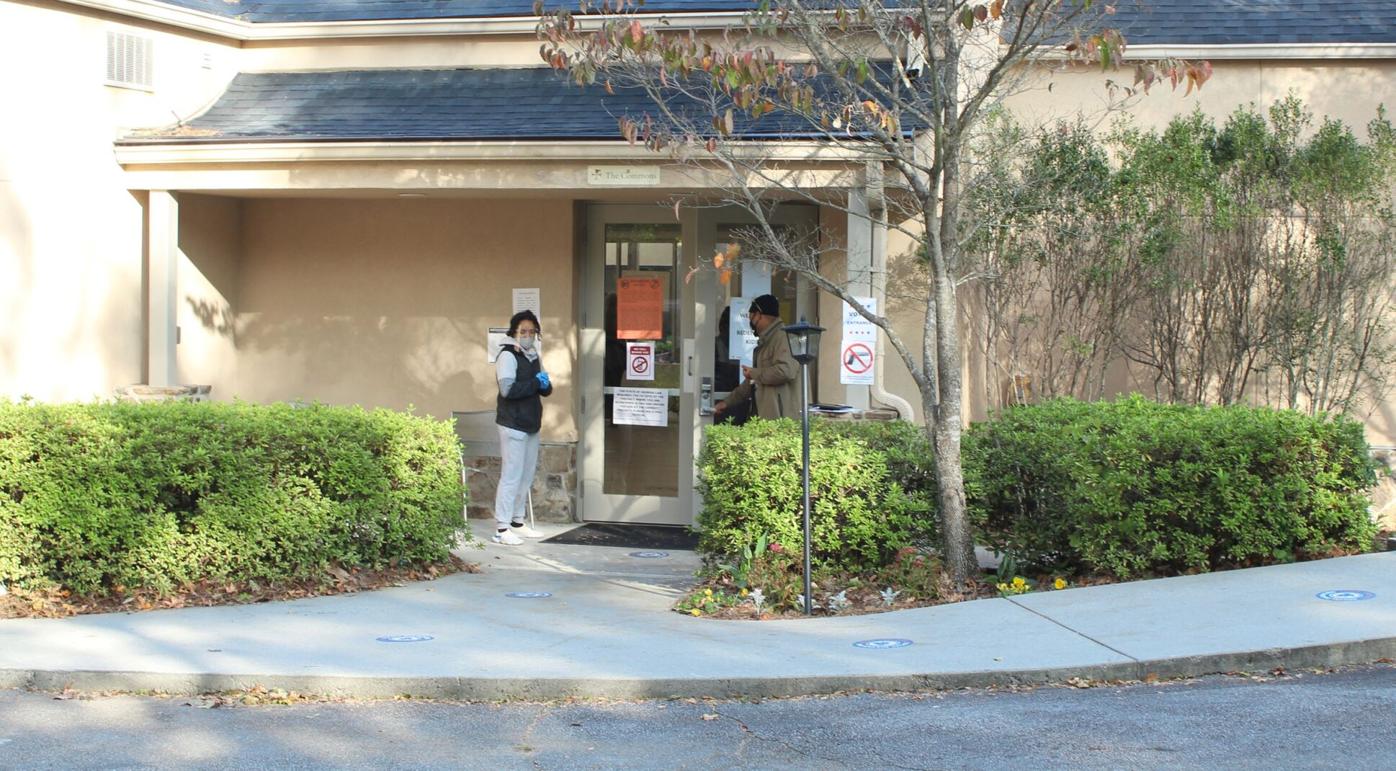 A poll worker closes the door after letting a voter into the building as another one looks on at the Church of the Redeemer precinct in Sandy Springs during the Nov. 3 general election. 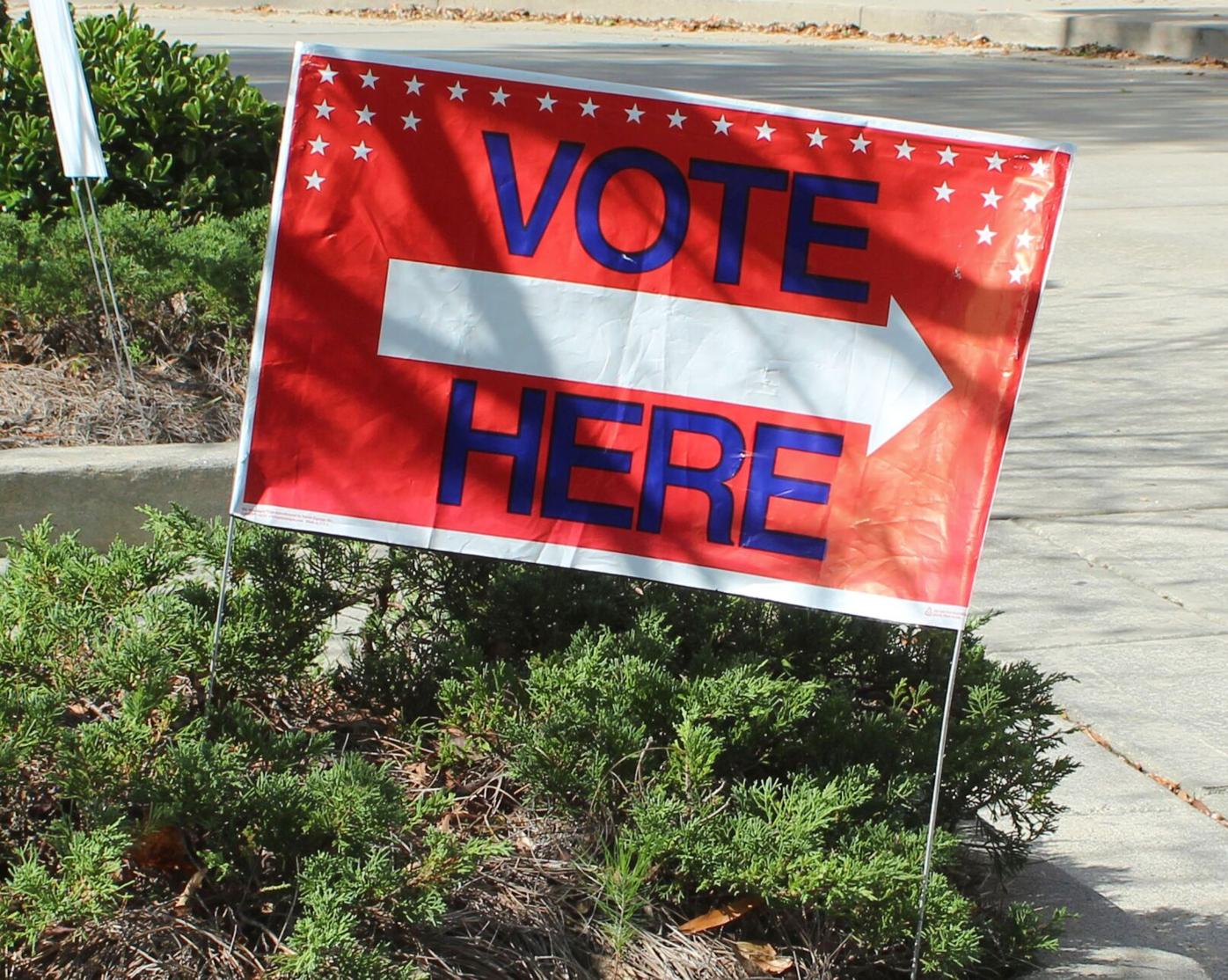 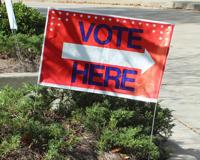 A sign points to where residents can vote at the Peachtree Presbyterian Church precinct in Buckhead during the Nov. 3 general election.

A man votes at the Peachtree Presbyterian Church precinct in Buckhead during the Nov. 3 general election.

Poll workers wait for voters to arrive at the Church of the Redeemer precinct in Sandy Springs during the Nov. 3 general election.

A poll worker closes the door after letting a voter into the building as another one looks on at the Church of the Redeemer precinct in Sandy Springs during the Nov. 3 general election.

A sign points to where residents can vote at the Peachtree Presbyterian Church precinct in Buckhead during the Nov. 3 general election.

This article was updated Nov. 3 at 6:22 p.m. with info and quotes from the Sarah Smith Elementary School precinct's poll manager.

Based on the light number of voters at three Fulton County polling precincts, the Election Day turnout in the Nov. 3 general election has been a bit lower than expected, given the record number of residents voting early in person or via absentee ballot.

At Sarah Smith Elementary School in Buckhead, when a reporter arrived at 5:25 p.m., only one voter was checking in to vote and none were casting ballots. Poll Manager Timothy Gendreau said only 302 of the precinct’s 4,440 registered voters there had cast ballots. He said he didn’t know how many voters at that location had voted early in person or via absentee ballot.

“I think (the county) planned to set the precincts up to where there would be fewer problems, so if there’s a problem in another precinct, we could handle overflow, etc.,” said Gendreau, adding this election was his first as a poll manager. “I anticipated we would have more issues today than we did. We didn’t have any issues (with lines or voting machines). We didn’t turn away one voter.”

He said the precinct had 74 voters waiting in line when the polls opened at 7 a.m., and a late rush could push turnout to about 400.

“I didn’t have an expectation of turnout as much as I have an expectation of potential problems – poll watching, voter intimidation, things like that you hear about on the news. I had no idea what to expect. … When you look at the news, it says we had 70% of the population who voted in 2016 vote before the polls opened today. You’re thinking, ‘Oh, well, that’s going to tell us something.

“But then we have more new registered voters than before, we have lots of people coming out who otherwise haven’t. I had no idea what to expect from a volume perspective. I was grateful we had as many voting machines and scanners as we did.”

Gendreau added he was pleased to see many voters thank the poll workers for their efforts.

“I never thought the people voting would be that appreciative of the people working at the polls,” he said.

At Peachtree Presbyterian Church in Buckhead, there was no line when a reporter arrived at 12:23 p.m. One woman was voting at that time, and a man who arrived minutes later was immediately able to check in and then vote.

Poll Manager Trent Allen said at least 1,400 of the location’s 2,385 registered voters cast ballots early, with about 1,100 voting in person and about 300 via absentee ballot. Only 150 voters had cast ballots there on Election Day so far, with 18 in line when the precinct opened at 7 a.m.

“It’s a little less than I expected but once we figured out what early voting was, it’s not surprising,” Allen said of the Nov. 3 turnout. “This precinct has a good high voter turnout, so I expected about 70% of the people to show up, and we’re right on pace for that. I assume well hit around 300, 350 actual voters today.”

He said there have been no problems thus far with the voting machines at that precinct.

“It’s a pretty easy day,” Allen said. “I didn’t expect it to be that easy, but 93 million people (nationwide) early voted. It took a lot of pressure off.”

At the Church of Redeemer in Sandy Springs, there was no line when a reporter arrived at 8:58 a.m. The two voters who got there after that were immediately welcomed inside and able to check in right away.

“Everything’s been going great,” Poll Manager Lilian Raji said. “… The line has been moving quite well. I have a great team of poll assistants working for me. We have not had any backups. I have an amazing team here.”

The county has a record 255 Election Day polling places for the general election, up from 164 for the primary and 175 for the Aug. 11 primary runoff election. Nearly all of the Nov. 3 polling locations had 5,000 or less voters assigned to keep lines shorter, Elections and Registration Director Rick Barron said.

According to a news release on the secretary of state’s website, 3.9 million Georgians had already cast ballots as of Oct. 31, a record for both early and absentee voting. Nearly 2.7 million residents voted early in person, and another 1.2 million absentee ballots were cast.

Turnout as of Oct. 31 statewide is up 63% compared to the 2016 presidential election, with in-person early voting up 22% and absentee voting jumping 559%.

Check back with the Neighbor for updates on the election, including results.

While the presidential race has garnered most of the attention in the Nov. 3 general election, there are several other important campaigns bel…

The first day of Fulton County’s early voting for the Nov. 3 general election was a victory despite the long lines and a few hiccups, its elec…