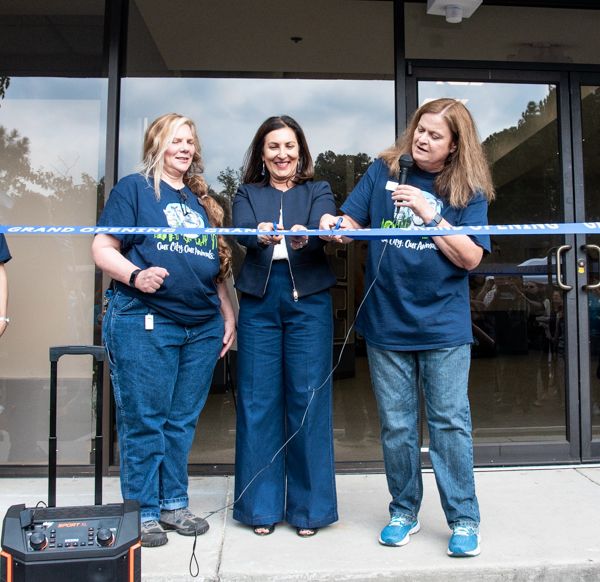 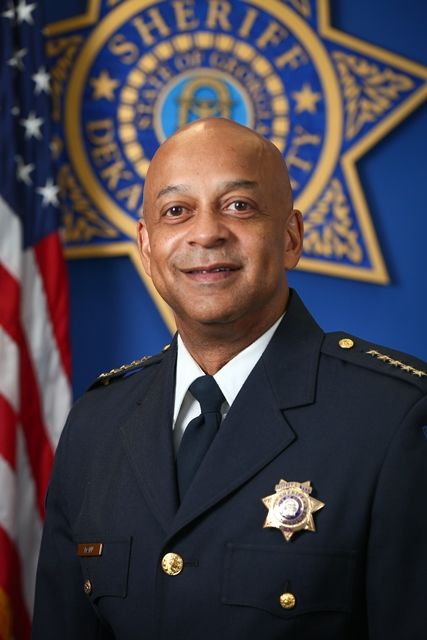 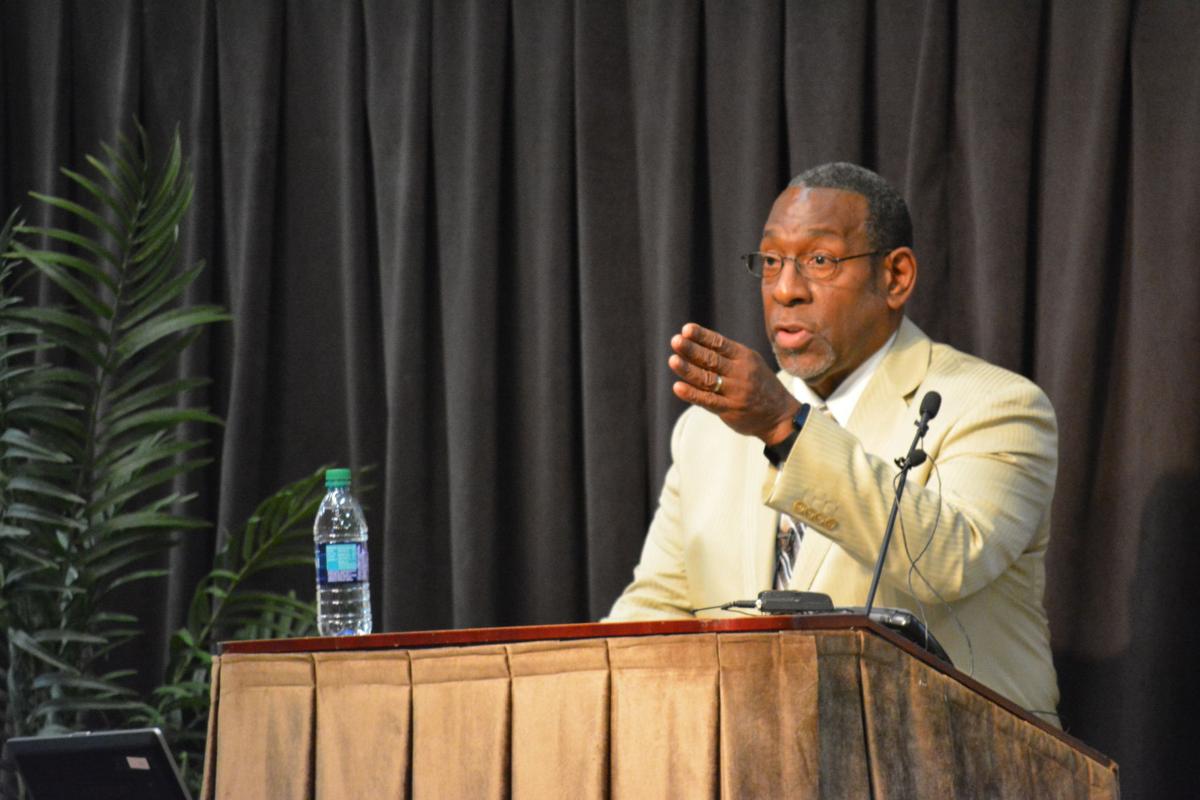 DeKalb County School District Superintendent Stephen Green speaks at a State of the District address. The search is now on for a new superintendent for the district. 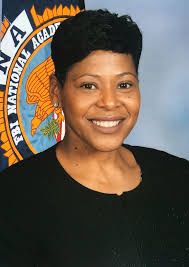 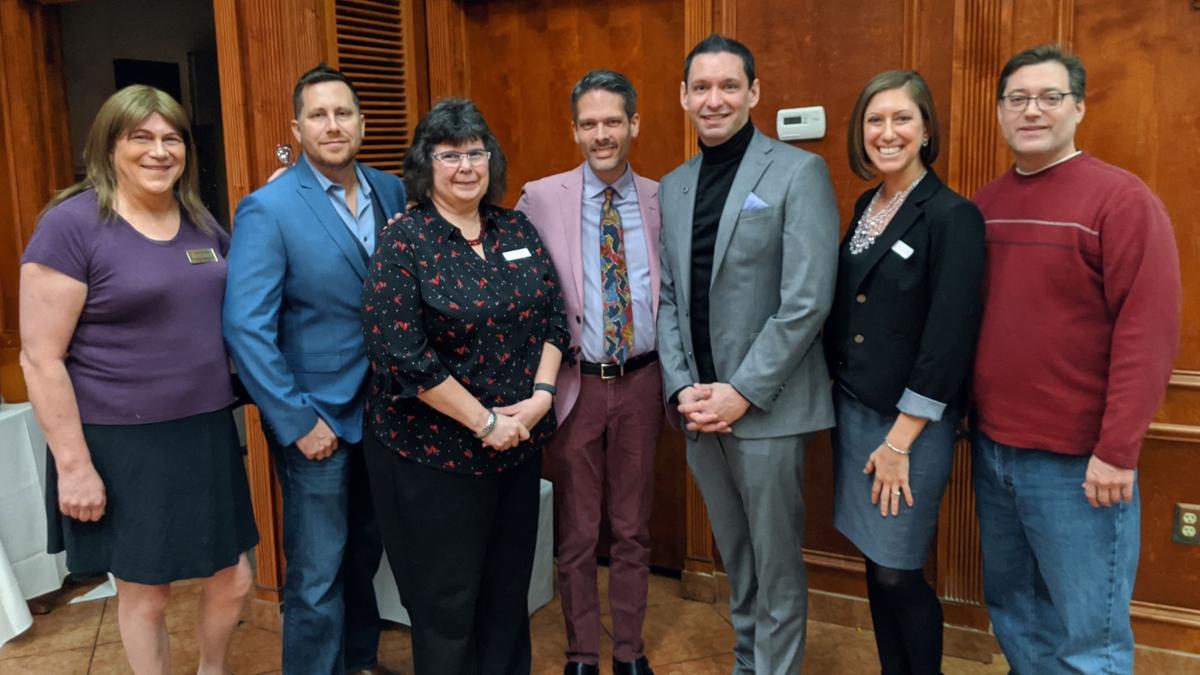 DeKalb County School District Superintendent Stephen Green speaks at a State of the District address. The search is now on for a new superintendent for the district.

In many ways, 2019 was a year of surprises for DeKalb County. From sudden departures of officials to making history with appointments and elections, here is the news that created the top headlines of 2019:

♦ LifeLine Animal Project was the newsmakers of the year for the DeKalb Neighbor in 2018 and they continued to make headlines with the opening of The Anisa Telwar Kaicker LifeLine Community Animal Center, located at 3180 Presidential Drive in Atlanta. The newest resource for pets and the community aims to be a premier adoption destination coupled with a state-of-the-art veterinary clinic, offering affordable care from minor surgery and dental work to x-rays and diagnostics. LifeLine will be able to help provide veterinary care to up to 20,000 animals annually. Additionally, officials hope to celebrate more than 2,000 pet adoptions each year from the new facility each year. The nonprofit secured more than $3.2 million in pledges toward the project and are still seeking donations to help add on to the center’s amenities. The 25,000 square foot facility, which opened to the public in October, includes cat rooms that can hold up to 168 cats, and each enclosure has partitions that can be opened up to connect several cages, creating a large space for feline residents. The adoption center can house up to 100 dogs, some of which will be housed in colorful lofts to showcase some longer-stay residents or senior residents. “In our county shelters, we interact with pet owners who are forced to surrender their pets because they are no longer able to afford the veterinary care that their pets need. The center’s full-service low-cost veterinary clinic will expand LifeLine’s outreach efforts, keeping pets with the people who love them and keeping more strays off the streets,” said officials.

♦ A veteran of Miami-Dade’s police department made history in November by becoming DeKalb County’s first female police chief. DeKalb County CEO Michael Thurmond appointed Mirtha V. Ramos as chief of the DeKalb County Police Department on November 4. Ramos is responsible for leading about 800 sworn police officers and 110 civilian employees, and managing the police department’s $95.1 million budget. “Chief Ramos has embraced community policing as an effective tool to reduce crime and improve public safety,” said Thurmond. “She is an innovative leader who brings a wealth of experience, training and professionalism to this important position. I am confident that our new police chief will dedicate herself to advancing DeKalb County’s public safety priorities.” A public conference was held on Oct. 7 where Thurmond introduced the new police chief and Ramos answered questions and shared her excitement about joining the DeKalb County Police Department. “I’m honored to be first female police chief but I’m even more honored when I think of all of the women who came before me. I’m here due to my hard work and my ethics,” said Ramos. “I come here with no agenda, I come here to work with the men and women of the DeKalb County Police Department. I want to work with them hand-in-hand to propel this department forward. I’m here to protect and serve.” Ramos said community policing and building relationships and opportunities for local youth are important to her.

♦ In May, the DeKalb County School District started the process of searching for a new leader after Superintendent R. Stephen Green advised the DeKalb County Board of Education of his decision to not seek to extend his contract. While he said he intended to continue serving in his current role through June 30, 2020, the DeKalb County Board of Education voted 6-1 on Nov. 11 to immediately sever ties with Green, saying they were hoping to avoid a “lame duck year” with a leader already looking toward opportunities elsewhere, according to the Atlanta-Journal Constitution. Green came to the district in 2015 and his performance has received a mixture of approval and criticism from officials, staff and community members. The district boasts its highest graduation rate, but standardized test scores have been flat, and teacher turnover continues at the highest rate among metro Atlanta school districts, stated the Atlanta-Journal Constitution. While the search will continue in 2020, the board named Ramona Tyson as interim superintendent.

♦ The district’s superintendent wasn’t the only swift departure in 2019 – in early November, DeKalb Sheriff Jeffrey Mann left more than a year before the end of his term. Mann broke the news to his staff on Nov. 13, according to the Atlanta-Journal Constitution. He had been sheriff since 2014 but has been fighting to keep his certification after it was revoked in 2017 when Mann pleaded guilty to charges after he allegedly exposed himself to an Atlanta officer in Piedmont Park and then fled arrest. Along with fighting for his lost certification after his arrest, Gov. Nathan Deal suspended him for 40 days. Mann’s decision to retire ends his quest to retain his Peace Officer Standards and Training Council certification. Chief Deputy Sheriff Melody Maddox will cover the position until a special March 24 election.

♦ While DeKalb County said goodbye to the sheriff and the school district’s superintendent, Doraville welcomed a new mayor after the December 3 runoff elections. Joseph Geierman was able to secure about 65 percent of the 833 total votes cast to beat incumbent Donna Pittman who was first elected in 2011. Geierman, who served on Doraville’s city council, included bringing businesses and good paying jobs back to Doraville, taking a “big picture” approach to economic development and improving government transparency as his goals. Geierman is the Director of Real Estate and Facilities at the law firm Troutman Sanders. He has served on city committees and commissions including the Doraville Active Living Initiative, the Doraville Comprehensive Plan Citizen Advisory Panel, and as a member of the Planning Commission. He has lived in Doraville since 2001. He will be sworn in on Jan. 6.

Doraville is the DeKalb Neighbor's 2019 Newsmaker

With commercial gains and losses, expansions and elections watched by all of metro-Atlanta, Doraville captured headlines in 2019, making the c…