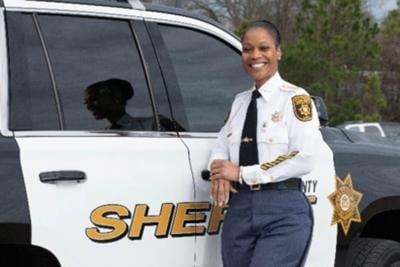 The DeKalb County Sheriff’s Office is encouraging persons with outstanding warrants for misdemeanor charges to turn themselves in.

During these three days only, persons with outstanding misdemeanor warrants issued by a law enforcement agency in DeKalb County who voluntarily turn themselves in to authorities may be eligible for an unsecured judicial release.

When the pandemic began last year, a “Standing Order Governing Bail During Judicial Emergency” was issued by the State Court of DeKalb County allowing persons to receive an unsecured judicial release — meaning anyone with certain misdemeanor warrants could be released without paying a bond. The charges would not be dismissed, but the accused could remain out of jail until required to appear in court.

“If you believe you are wanted by any law enforcement agency in DeKalb County you should turn yourself in to the sheriff’s office during Warrant Relief Days,” DeKalb Sheriff Melody M. Maddox said.

To view the current, updated judicial order detailing charges that do not qualify for the release, see Standing Order of March 23, 2021 in “View All Current Alerts” under “Coronavirus Alerts” on the sheriff’s office website home page at www.dekalbsheriff.org.

To learn if there is a warrant for your arrest on a misdemeanor charge that qualifies for this release, email the Warrant Unit of the DeKalb Sheriff’s Office at warrantrelief@dekalbcountyga.gov. Visit the sheriff’s office official Facebook page at dekalbsheriffga for a video tour of the “turn-yourself-in” process.

At the end of “Warrant Relief Days,” arrests for remaining outstanding warrants will continue to be enforced.