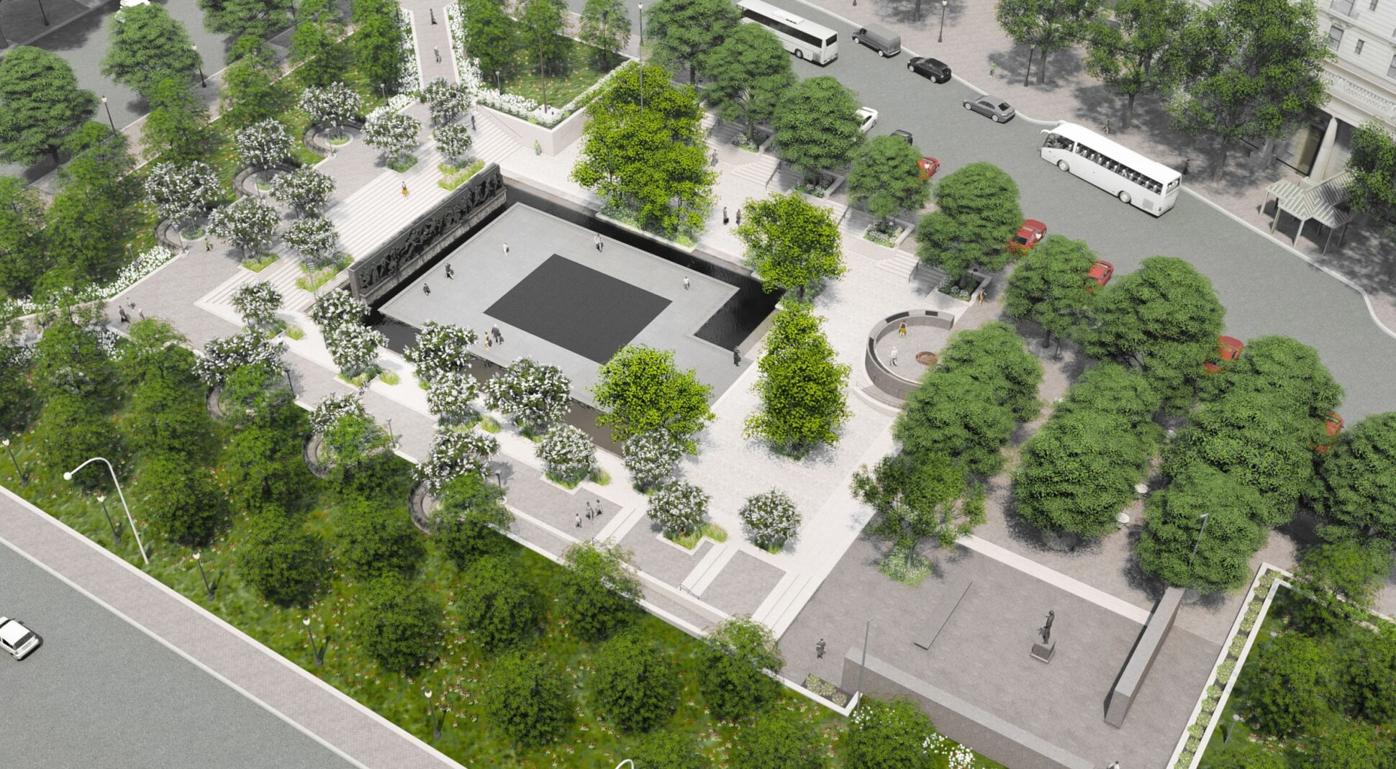 An artist’s rendering shows an aerial view of what the World War I Memorial will look like at daytime once complete. 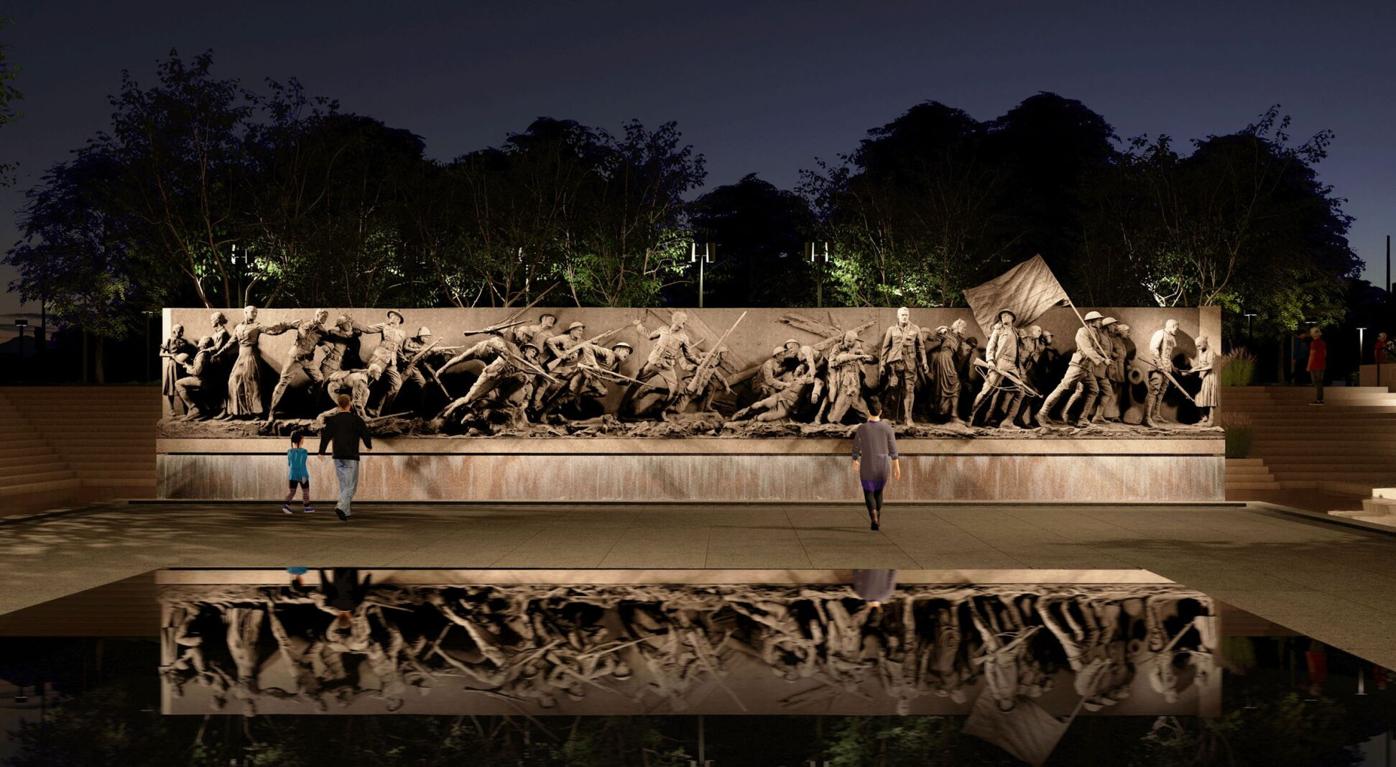 An artist’s rendering shows what the World War I Memorial’s “A Soldier’s Journey” section will look like at night once complete. 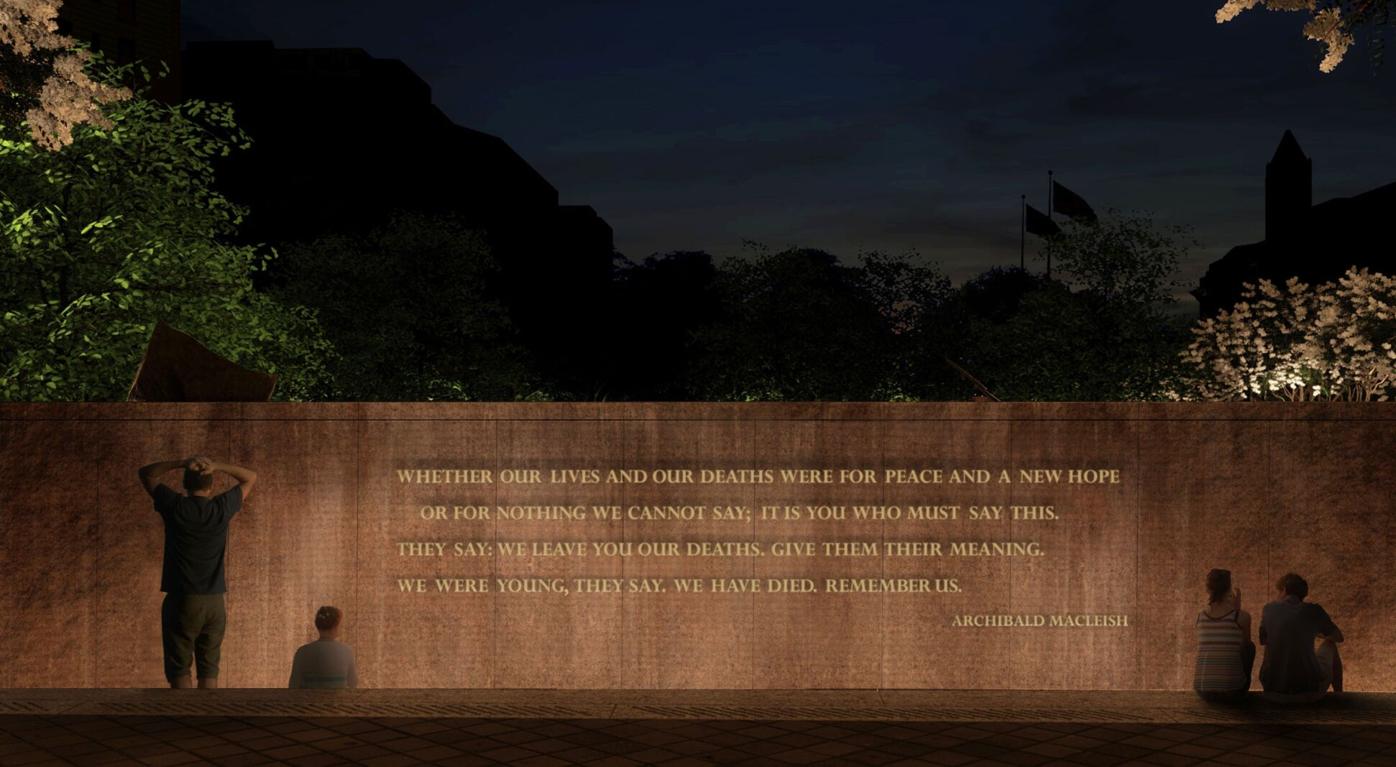 An artist’s rendering shows what the World War I Memorial west terrace will look like at night once complete. 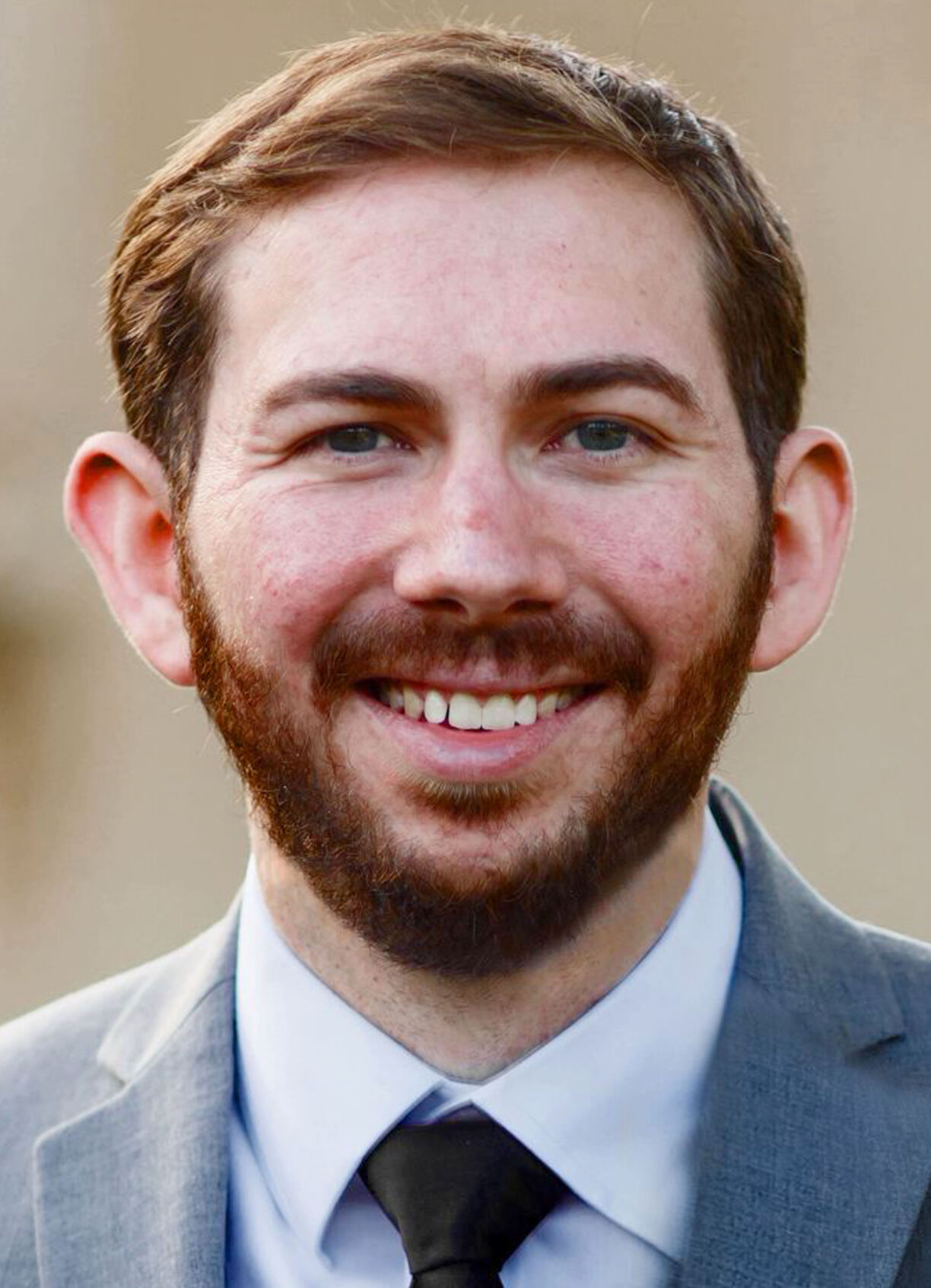 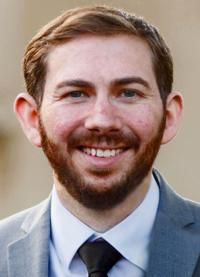 An artist’s rendering shows an aerial view of what the World War I Memorial will look like at daytime once complete.

An artist’s rendering shows what the World War I Memorial’s “A Soldier’s Journey” section will look like at night once complete.

An artist’s rendering shows what the World War I Memorial west terrace will look like at night once complete.

This article was updated April 14 at 4:03 p.m. with corrected information and quotes by Edwin Fountain.

Joe Weishaar was a 25-year-old designer seeking to become an architect and working in a Chicago architectural firm when he entered a contest to design the planned World War I Memorial in Washington.

Six years later, the Decatur resident is the lead architect for the $42 million project, which opened with a private event April 16 and to the public the following day. He won in a pool of 365 entries from 22 countries.

“Before this process, I didn’t know anything about World War I. I had no ties, no connections. For me it’s entirely been a learning experience,” said Weishaar, who has no known relatives who fought in the war. “It’s really incredible, not just for me but it should be pretty incredible for the country as a whole. To build a memorial 101 years after the event that it commemorates, that sort of thing just doesn’t happen.

“You normally build a memorial right after, and in a lot of ways this became a forgotten war. To build something that has a lasting tribute to the men and women who served in that conflict shows it still matters.”

The private opening event will include a first colors ceremony in which a flag that has been flown over the U.S. Capitol and nine WWI battlefield cemeteries in Europe in the last three years. Hosted by award-winning actor and humanitarian Gary Sinise, the program is co-sponsored by the United States World War I Centennial Commission, the Doughboy Foundation, the National Park Service and the American Battle Monuments Commission.

It will commemorate America’s role in the war and include military fanfare, musical performances and guest appearances by veterans and others from across the country.

The memorial is located inside the 1.8-acre Pershing Park, which sits on Pennsylvania Avenue by the southeast gates to the White House and is close to the Washington Monument and the Smithsonian. It’s the main/passion project of the World War I Centennial Commission, which was created by Congress in 2013 to plan, develop and execute nationwide programs focused on celebrating the 100-year anniversary of the war where 4.7 million American men and women served.

The memorial is paid for through private donations, an effort led by the commission’s fundraising arm, the Doughboy Foundation, which was named after the nickname given to U.S. infantrymen during the war. The commission will shut down once the memorial opens.

After winning the contest, Weishaar was the project’s lead designer until getting his architect’s license in October 2019 and being promoted to lead architect. He’s working with GWWO Architects, the memorial’s firm of record; landscape architect David Rubin and sculptor Sabin Howard.

The memorial will include a 58-foot, 3-inch-long sculpture of soldiers in action that is the largest freestanding bronze high-relief sculpture in the Western Hemisphere. But it won’t be installed until 2024, so in the mean time, Weishaar said, the memorial will have a temporary screen showing the final sketch of Howard’s sculpture design.

Edwin Fountain, who served as the commission’s vice chair until a year and a half ago but is still involved with the memorial project, said the organization wanted to make the design competition a global one because of all the countries involved in the war.

He said the first round of the contest was a blind one in terms of entries before five finalists were chosen and identified. Fountain added Weishaar’s design won the contest for two main reasons.

“One is that he very consciously set out to fit the design within the surrounding urban landscape,” he said. “This particular site is surrounded on all sides by some very iconic buildings and landscapes that are a variety of different design styles. It was a very complicated urban setting from a design standpoint. Joe’s design, more than the others, respect that setting and consciously had the site harmonize with the streetscape without competing with it

A third reason Weishaar’s design won was because it incorporated “a considerable amount of bas-relief (low-relief) sculpture,” which paid tribute to the soldiers in the war, Fountain said. He added he hopes the memorial puts The War to End All Wars on Americans’ minds as much as the other past wars, such as World War II, are.

“It’s very rewarding for me personally (because) it’s the climax, if you will, of a long process,” Fountain said. “I’ve been working on this in one form or another for 13 years. It’s very gratifying that so many talented people representing so many professional disciplines have come together and made this happen.”

Weishaar said he hopes anyone visiting Washington will stop by the memorial while there.

“I just hope that people, when they go see it, they take away the idea that World War I is important, that they’re inspired to go learn something else about the war,” he said. “That’s the whole reason we build these memorials, that these conflicts aren’t forgotten.”

Apr. 12—Robert Holdgreve grew up in the 1930s and early '40s listening to stories about how his great-aunt, Ida Holdgreve, worked alongside Orrville and Wilbur Wright when they were building airplanes. The 91-year-old Delphos resident thought he had heard all of the stories until several weeks ago when he received a copy of the March 15 edition of the Smithsonian Magazine, which is the ...

Apr. 12—BEVERLY — Dennis DiPaolo never met his grandfather, James Barry, who died before DiPaolo was born. And he knew little about his grandfather's service in World War I. Late last week that unknown history came into sharper focus when the Beverly Veterans Services office presented DiPaolo with his grandfather's leather-bound 1919 discharge certificate, which had been sitting in a box in ...

Unsurprisingly for a member of Europe's royalty, there are many Germans in Prince Philip's extensive family tree, which stretches far across the continent.Philip was born in 1921 on the Greek island of Corfu to Prince Andrew of Greece and Denmark and Princess Alice of Battenberg, making him a prince of Greece and Denmark.His mother came from the family of the dukes of Hesse, which is now one ...

Man charged with firearm possession by a felon, simple battery