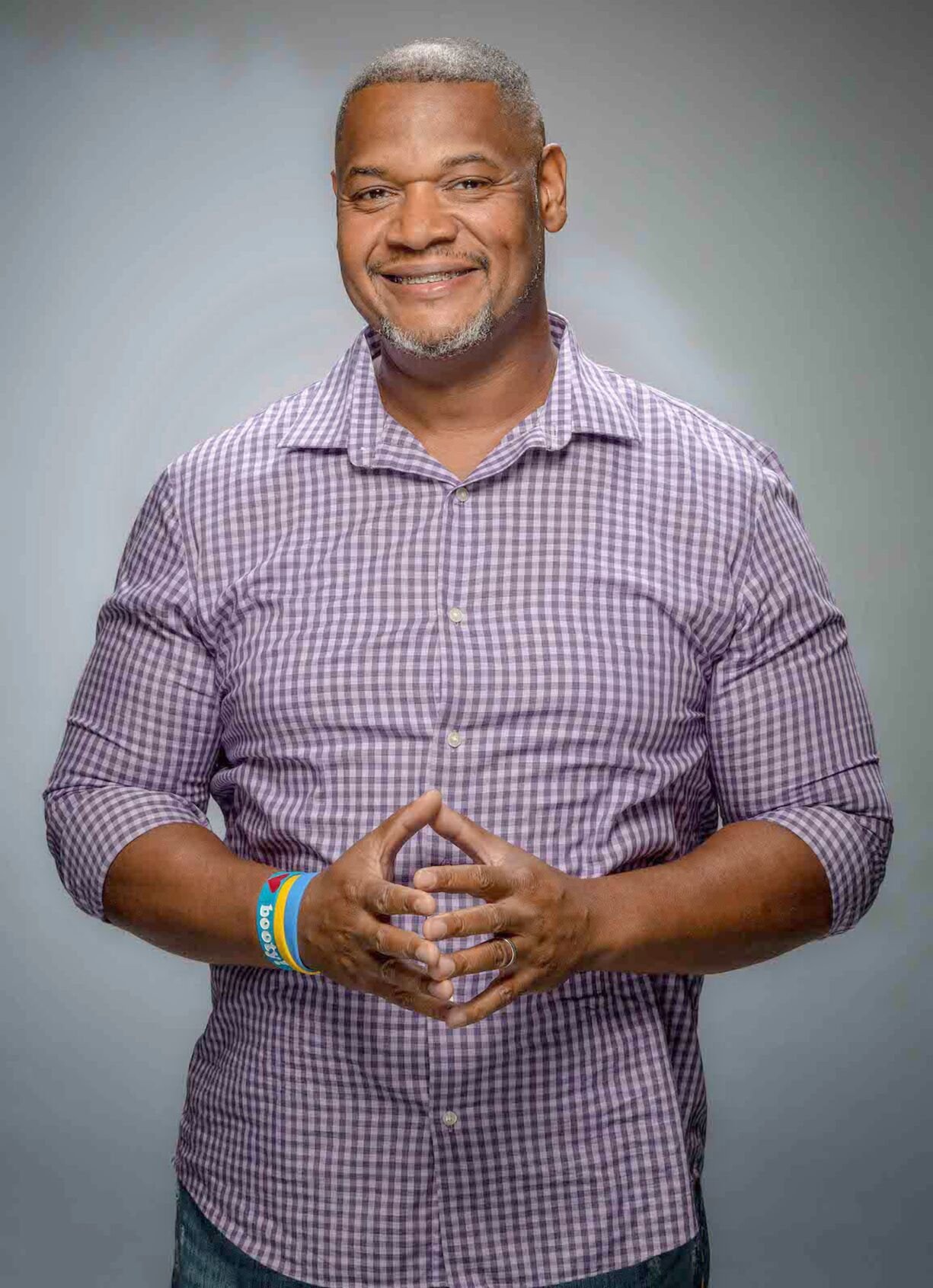 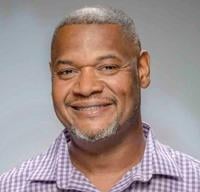 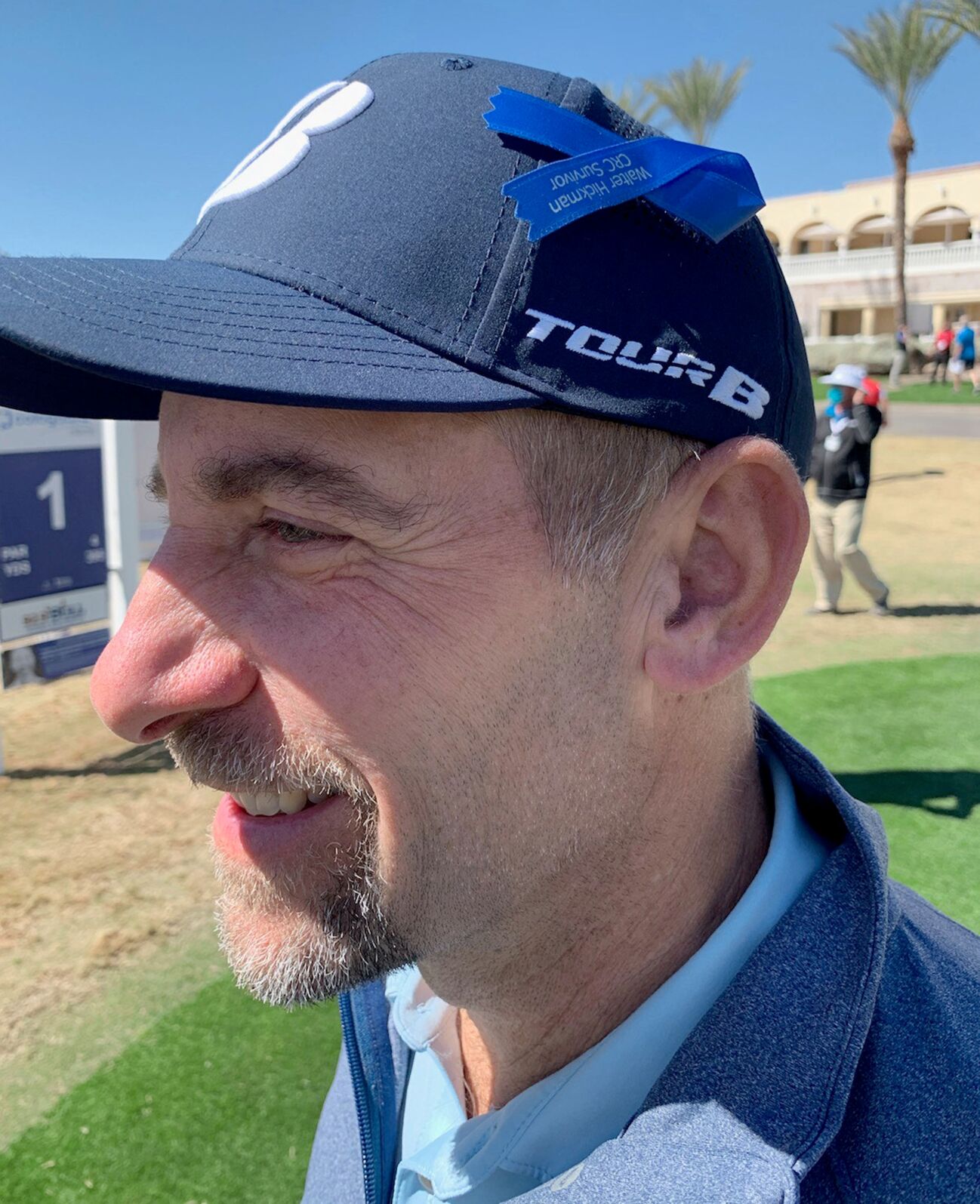 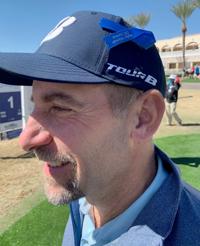 Walter Hickman won’t attend this weekend’s Cologuard Classic pro-am golf tournament on the PGA’s Champions Tour due to the COVID-19 pandemic, but he’ll be there in spirit.

The Stone Mountain resident and colon cancer survivor is one of 13 Fight Colorectal Cancer (Fight CRC) virtual participants nationwide who will be honored at the event, which is taking place Feb. 26 through 28 in Tucson, Arizona.

Hickman, who has attended the past three Cologuard Classics, got to meet Green Bay Packers quarterback Aaron Rodgers at the 2018 tournament and is excited to participate virtually this year.

“What was good about it was everybody was friendly and inviting, and what was really cool is you felt like they already knew your story,” Hickman, who was diagnosed with Stage 2 colon cancer in February 2013, said of attending the event in person. “A lot of times, with colon cancer, it’s a taboo subject. It’s not as marketable as breast cancer or anything like that because it’s messy. To see people of celebrity status say, ‘Hey, get your colonoscopy and use Cologuard’ is important.

“At the forefront, it really makes a difference and can touch a lot of people. With me, I’m going to health fairs or I’ll do a little snippet on social media where I may connect with one person. But I don’t have that celebrity status like they do. It’s like a buckshot effect that will pretty much cascade into our goal, which is to make sure everyone’s aware, everyone takes preventive measures so they don’t have go through the treatments and surgeries. (They can) know this cancer is treatable and beatable and live their lives the way God planned it.”

In addition to honoring cancer survivors, the Cologuard Classic is shining a spotlight on colorectal cancer just before Colorectal Cancer Awareness Month begins in March.

“We are so thankful for the creative ways keeping patients’ stories at the forefront of this annual event; it’s a highlight of our year and a favorite way to kick off Colorectal Cancer Awareness Month,” Fight CRC President Anjee Davis said in a news release.

Hickman is especially excited that Atlanta Braves Hall of Famer John Smoltz, also a top golfer, is the player who will be wearing a ribbon with his name on it during the tournament. Smoltz will also be photographed holding an “I Stand Up For” sign with Hickman’s name, which will be shared and sent to him afterwards.

“It’s a great honor, but I am such a Braves fan, and I tell you how deep the fandom goes,” he said. “I remember growing up and when the great Ted Turner owned TBS and all the Braves games were on TBS, I great up in Columbus, Ohio, and to the north were the Cleveland Indians, and to the south were the Cincinnati Reds. My grandmother, my grandfather and my mom and dad all watched the Atlanta Braves.

“It started with my grandmother. It was a special time. I would ask my grandfather (baseball) questions, and he wouldn’t know the answer, but my grandmother would. To get that call to say Smotltzie, a Hall of Fame pitcher, is going to wear a ribbon with your name means a lot. And then he sent me a video. That was better than (getting) a signed jersey, almost.”

Hickman, whose cancer has been in remission for six years, said his health is strong today.

“Today I am thanking God I am cancer-free,” he said. “… The only thing that really affects me now is the neuropathy from Oxaliplatin, the chemotherapy drug I was on, that and (the drug) 5FU (Fluorouracil).”

According to Fight CRC, colorectal cancers make up the second-leading cause of cancer deaths in the U.S. among men and women combined, and 60% of colorectal cancer deaths could be prevented with screening. Hickman, 50, encourages everyone to get a colonoscopy when they turn that age or even sooner to possibly catch cancer before it’s too late.

“Early detection means you’re going to have an easier time of it. Thanks to my lord and savior for giving me the wisdom to pick a team to help me overcome this cancer and go through the chemo and be really brave through that whole thing,” he said of Fight CRC.

Hickman, a husband and father of four children, said having cancer can change your life.

“One of the worst things as a father, as a man and as a husband to go through, when you’re raised to be a protector and a priest in your home,” he said, “is to be laying flat on your back and talking to you wife and kids and thinking you may be taking your last breath. ‘Have I done everything right? Have I spoken to my children? Have I done what I could to make them model citizens and, most of all, citizens of the Lord?’ I’m thankful for every day I’m vertical.”

Orioles’ Trey Mancini cherishes first team workout after fight against colon cancer: ‘I made sure to enjoy it’

When he was furthest away from baseball and in the midst of chemotherapy treatment on his road back from colon cancer treatment, Trey Mancini would stand up in front of the television while watching games and take a few dry swings just to remember what it felt like. Now, each passing day brings him closer and closer to the real thing. In taking live batting practice off Orioles pitchers Monday ...

Derek Kirkman was blindsided by being diagnosed with colon cancer, and in March he’s spreading the word to warn others about it.