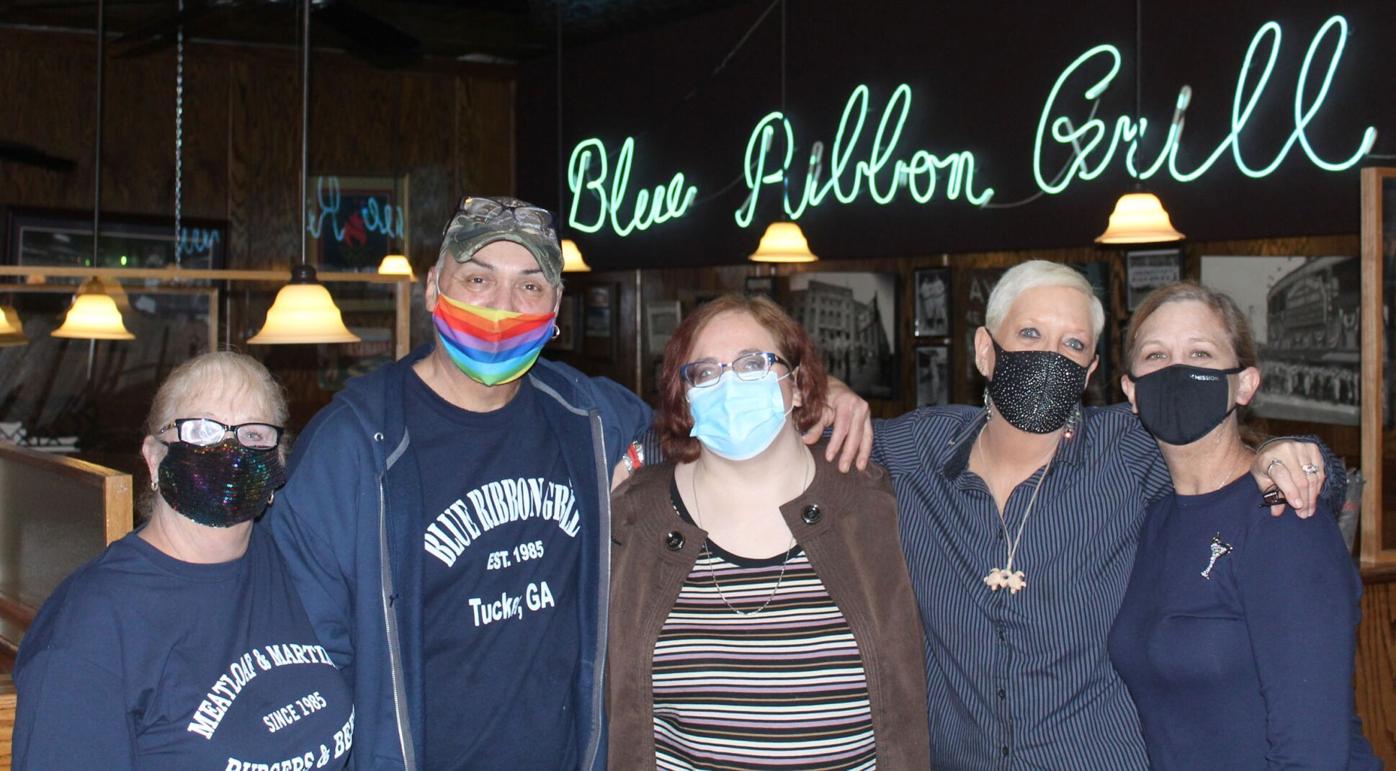 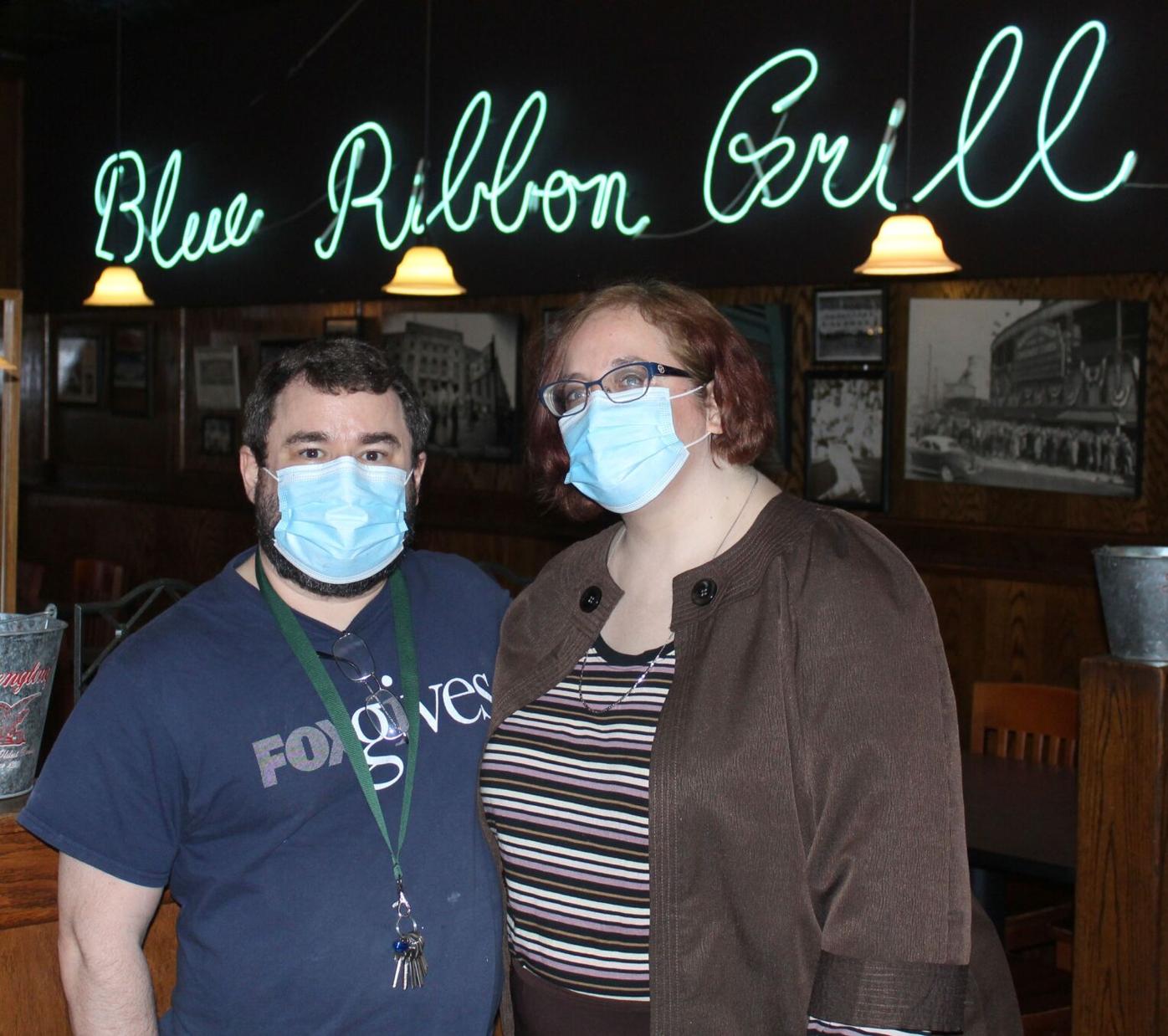 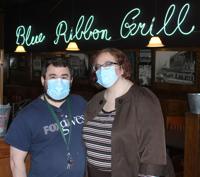 From left, Eric and Jennifer Greene co-own the Blue Ribbon Grill in Tucker.

From left, Eric and Jennifer Greene co-own the Blue Ribbon Grill in Tucker.

Despite having no restaurant experience, Eric and Jennifer Greene had been thinking about founding their own eatery for over two years when they saw an ad stating the Blue Ribbon Grill, a Tucker institution since 1985, was for sale.

The Tucker residents wanted to locate their own restaurant in the city but hadn’t found a suitable location yet. So when they realized Blue Ribbon was available, they jumped at the chance to purchase it.

“We made a decision to open our own restaurant because we’re foodies,” said Eric, who grew up going to Blue Ribbon. “… My mother used to work at a place called PSPA that was a pathology service (later) bought out by SmithKline Beecham, off Montreal Circle.

“We would go to the Blue Ribbon back in those days when she would pick me up from school. It was immediately something I recognized. When we started talking to the current owners, Eddie (Smyke) and Artie (Brown), it became a personal issue where we wanted to take the restaurant and make it survive another 25 or 35 years.”

The Greenes closed on the purchase Feb. 1, and Smyke, who had been a co-owner of Blue Ribbon since 2003, made the deal even sweeter by agreeing to stay on as its manager on the back end. He owned it with Bill Tarwater until 2008, when Brown purchased his portion of the restaurant. Smyke’s presence has been huge for the Greenes given their lack of restaurant experience, Jennifer said.

“It’s everything because Eddie basically runs the back end and has for the whole time he’s been here,” she said.

Jennifer has about 15 years of experience in the advertising, media and marketing industries. She spent about 10 years as a stay-at-home mom to care for their two children, since one has Angelman syndrome, a generic disorder, and the other has high-functioning autism and ADD. At the restaurant she’s learning on the fly how to be the hostess.

Eric, who spent about 25 years combined working in operations management and owning his own company doing audio/video production and sound design, will work in the back helping manage things behind the scenes. One of the reasons he wanted to own a restaurant was so he could once again be his own boss.

The Greenes said they plan to make little changes to the restaurant since it already had a strong staff, good food and a sterling reputation overall.

“I think the reason it stands out is most of the people who work here have been here a long time. Everybody knows them by name (and vice versa). It’s a very family or neighborhood atmosphere here,” Jennifer said, adding the regulars will ask to sit at tables where their favorite servers will be working.

Bartender Beth Minders, who’s worked at Blue Ribbon for 29 years, added, “I think it’s great because I believe in the phrase ‘If it’s not broke, don’t fix it.’ There’s certain little quirks here, there and yon that need to be updated and whatnot, but this is a Cheers. This is an established place. I wouldn’t want to see a lot of changes.”

Some of the tweaks the Greenes are planning include Jennifer taking over the social media management for the restaurant, since that job was previously given to employees already busy with other duties, and adding an email list for customers to receive updates and even discounts.

Though Blue Ribbon offers curbside takeout in addition to dining in, it also plans to add online ordering and delivery service, things the new owners said it needs today, especially given the COVID-19 pandemic and some residents’ fears of contracting the virus by eating at restaurants.

Eric said part of his mission to elevate Blue Ribbon to “the modern standard” includes adding more ways to bring Blue Ribbon’s food to the masses, including food trucks and events. He also said they may make some minor changes to the American-style menu, because it’s flexible enough to sustain those tweaks, and are planning changes to the children’s menu.

Blue Ribbon, which sits in a space that was once occupied by a Rexall pharmacy and soda stand, is also planning an online community social event for Tucker on Zoom Feb. 24 at 6:30 p.m. Attendees can sign up through the restaurant’s Facebook page.

“It’s a way for people who aren’t comfortable with eating out yet (due to the pandemic) to come together, visit with each other and have some interaction,” Jennifer said. “We’re going to introduce ourselves and have some staff members and customers (speak).”

Discover DeKalb, the county’s convention and visitors bureau, and the city of Tucker are partnering to showcase the city’s cuisine with the in…

YMCA of Metro Atlanta to honor volunteers at 5 DeKalb branches

The YMCA of Metro Atlanta honored volunteers at its five DeKalb County locations Feb. 11 at its 2021 Celebration of Community Champions, held …