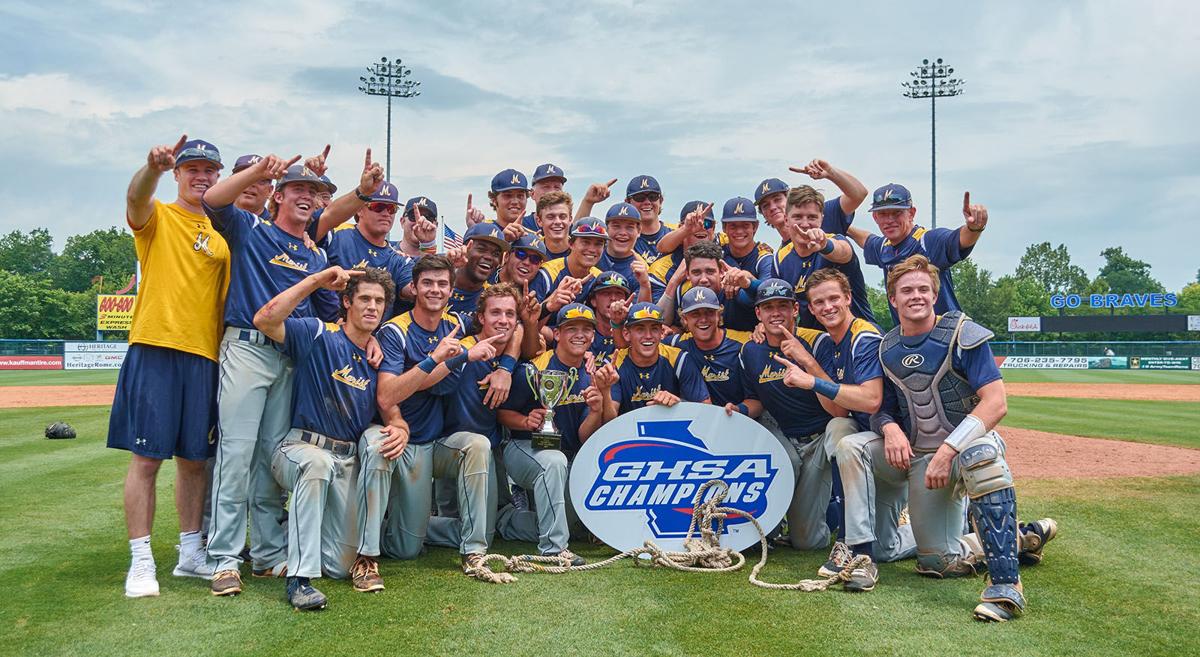 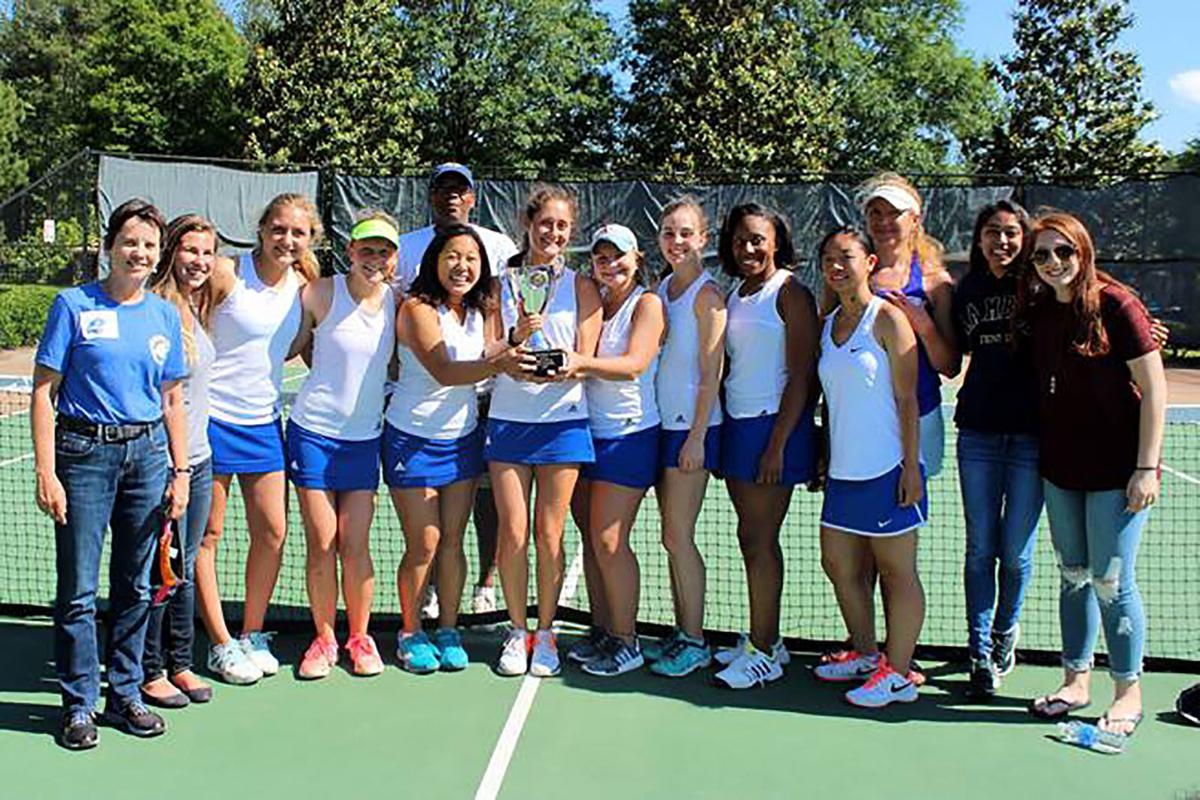 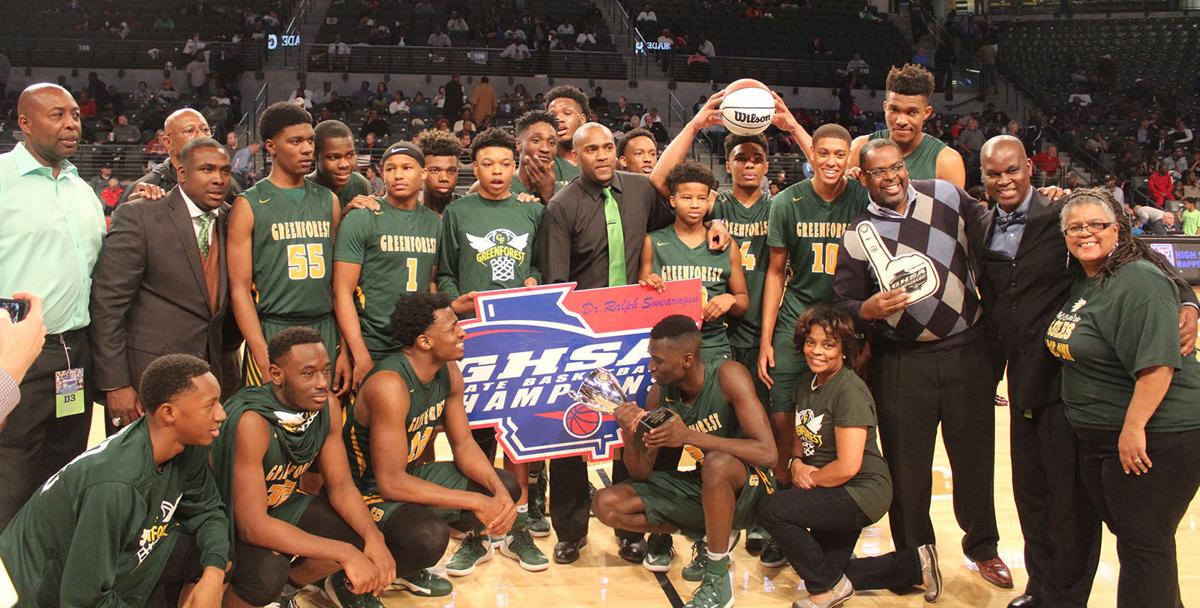 Marist won the Class AAAA baseball state championship with a 2-1 series win over Blessed Trinity in the state finals held in Rome. It was Marist’s 11th state title and first since 2011.

Marist had several other teams win state titles including the girls’ cross country team taking home the Class AAAA crown for its tenth-consecutive championship. The boys’ cross country team also brought home a trophy for the 12th time led by Knox Pittman’s individual title. The boys’ tennis team earned a state title for the fourth-consecutive time, a first-time accomplishment for the program, and 19th time overall, finishing its 2017 campaign with a 20-1 record. The girls’ swimming and diving team earned its third-consecutive state title and 10th overall. The War Eagles’ volleyball team won its sixth state championship.

The Cedar Grove program saw its football team win 13 games and advance to the quarterfinals of the Class AAAA playoffs. The boys’ basketball and girls’ basketball teams also made the postseason.

The Greenforest boys’ basketball team won the Class A Private state championship for the second consecutive season, capping the year with 24 victories. The Eagles’ girls basketball squad was also in the postseason.

Miller Grove football team made the playoffs for the second time in program history while softball and volleyball teams were also postseason squads. The boys’ basketball team won a region title and advanced to the semifinals of the Class AAAAA playoffs.

Redan’s baseball team won a region title and reached the state quarterfinals in Class AAA. The Raiders also had its volleyball, girls’ soccer and girls’ basketball teams reach the postseason.

The state wrestling meet saw Jack Marsh of St. Pius X win the Class AAAA 170-pound division with a 7-1 victory over Cole Ingram of Lafayette. Marsh finished the season with a record of 48-3. Blanchard Max of Marist finished fourth in the division.

Dunwoody’s Constantine Gavalas won a state championship in the Class AAAAAA 195-pound division with a 5-2 win over Raji Brown of South Paulding in the finals. Gavalas finished his season with an 11-0 record.

In track and field, the Marist boys’ team won the Class AAAA state championship. It’s the War Eagles’ third state championship, all of which have come within the past six seasons with consecutive titles in 2013 and 2014. St. Pius X placed ninth with 26 points.

The golf state championships saw the Marist boys’ team place second overall in the Class AAAA competition with a score of plus-10, only trailing Columbus’ winning score of minus-5. War Eagles’ golfer Andrew Lafferty shot a team-best score of 71 while Braden Jones, Harry White and Jordan Secret each shot 74. St. Pius X placed fifth in the competition with Daniel McKenzie shooting a team-best score of 67 and taking home the individual state title. Lafferty finished tied for ninth.

The Marist girls’ team finished third in the team competition behind second-place Woodward Academy and state champion Columbus. War Eagles’ golfer Woo Wade’s round of 80 was the team’s top score and placed her tied for eighth in the individual competition. St. Pius X finished tied for 15th in the team event.

The Class AAAAA boys’ competition saw Decatur’s Alan Whitehead place tied for 17th in the individual competition with a two-day score of 154. Arabia Mountain’s Nylan Washington finish tied for 24th with a score of 157.

The Dunwoody boys’ team finished tied for tenth in the team competition.

The calendar year’s conclusion provides reflection of the prep sports for Northside programs.

Blagojevich: Trump didn't have to do this

Could the market keep climbing for another decade?