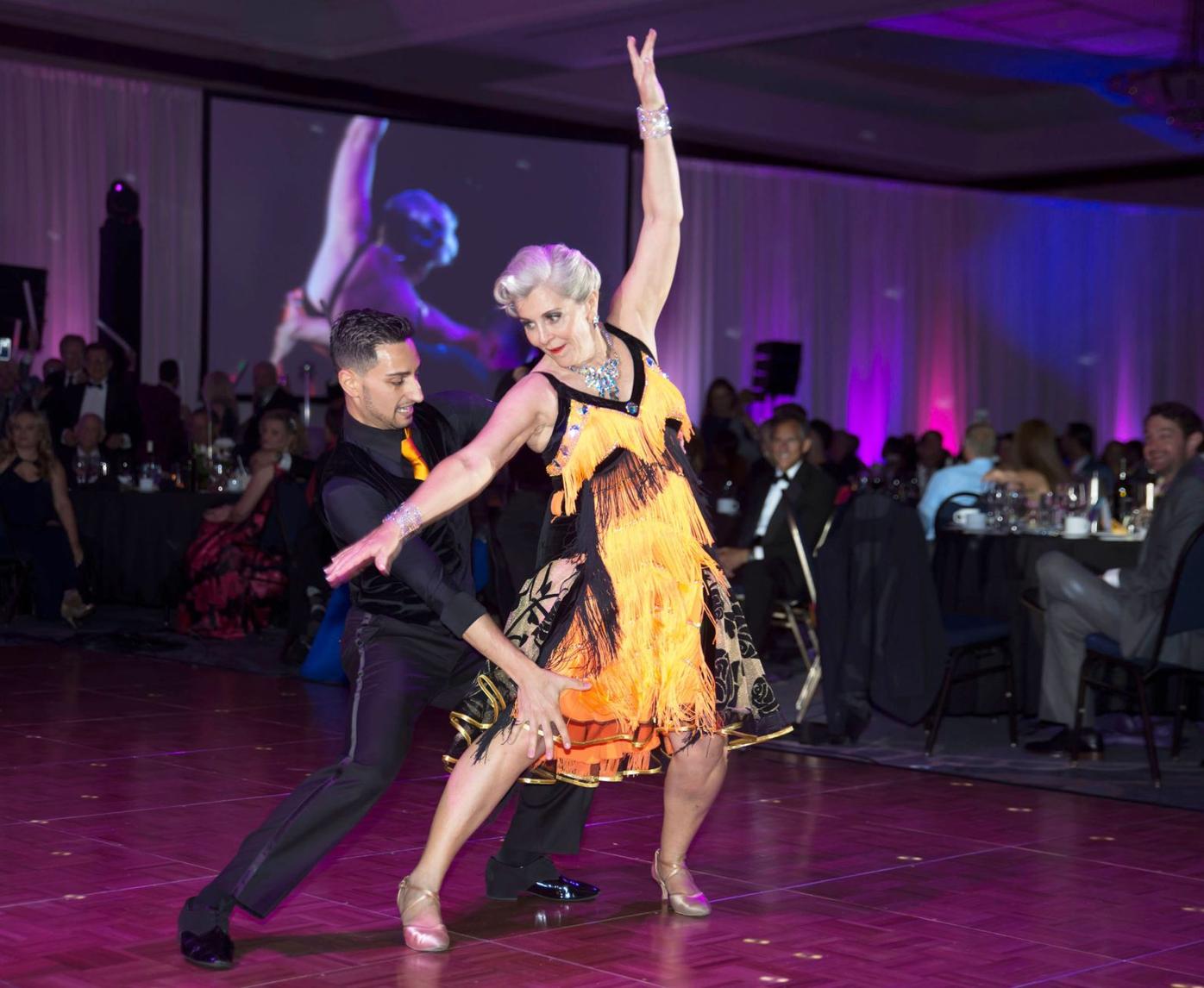 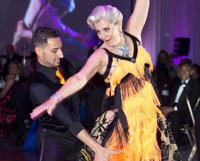 From left, Simone Maccarrone and Sarah Chatel perform their dance routine at the 2019 Dancing Stars of Atlanta event. 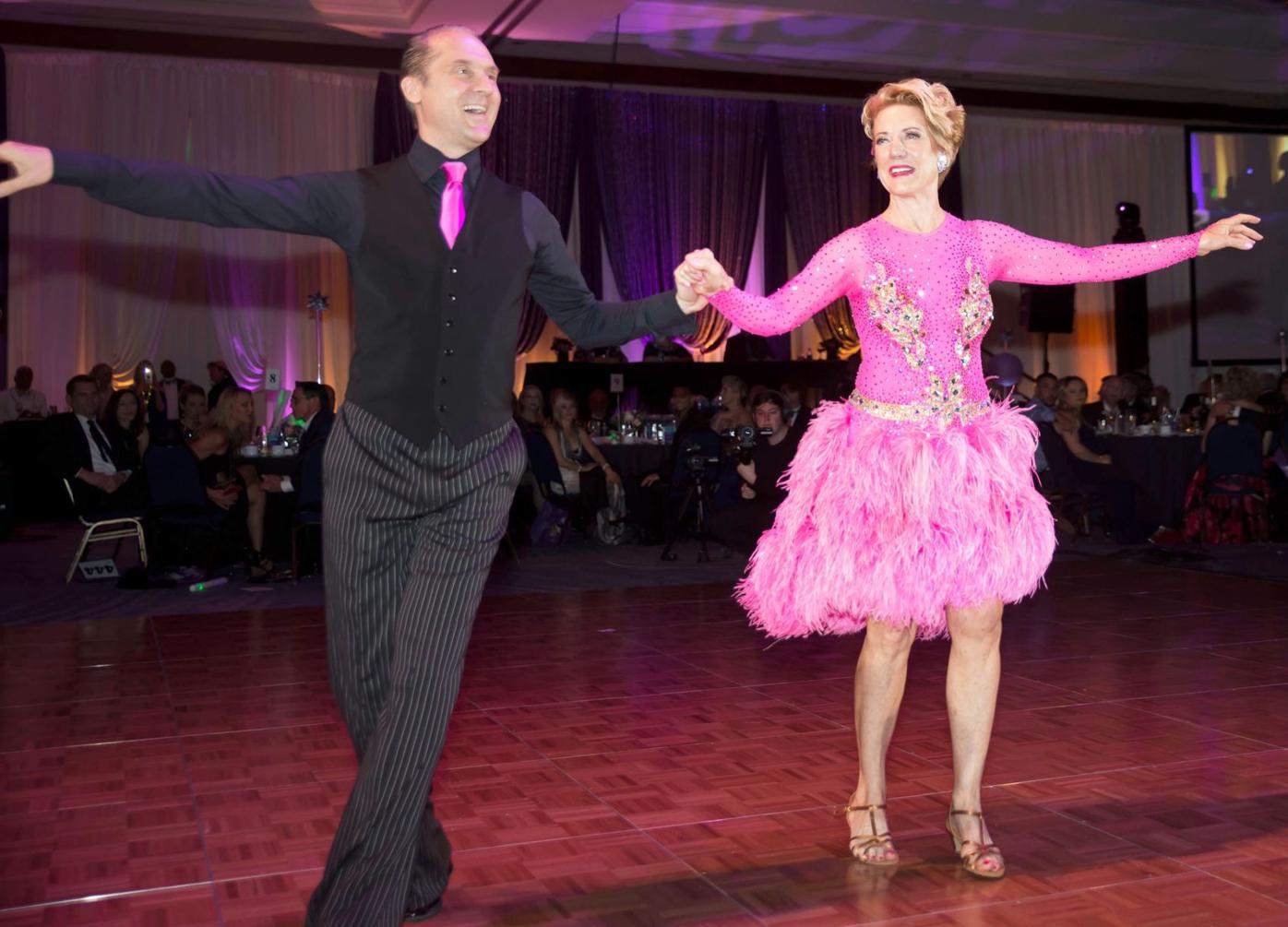 From left, Sorin Obreja and Nancy See perform their dance routine at the 2019 Dancing Stars of Atlanta event. They won the People's Choice Award for raising the most money – over $146,000. 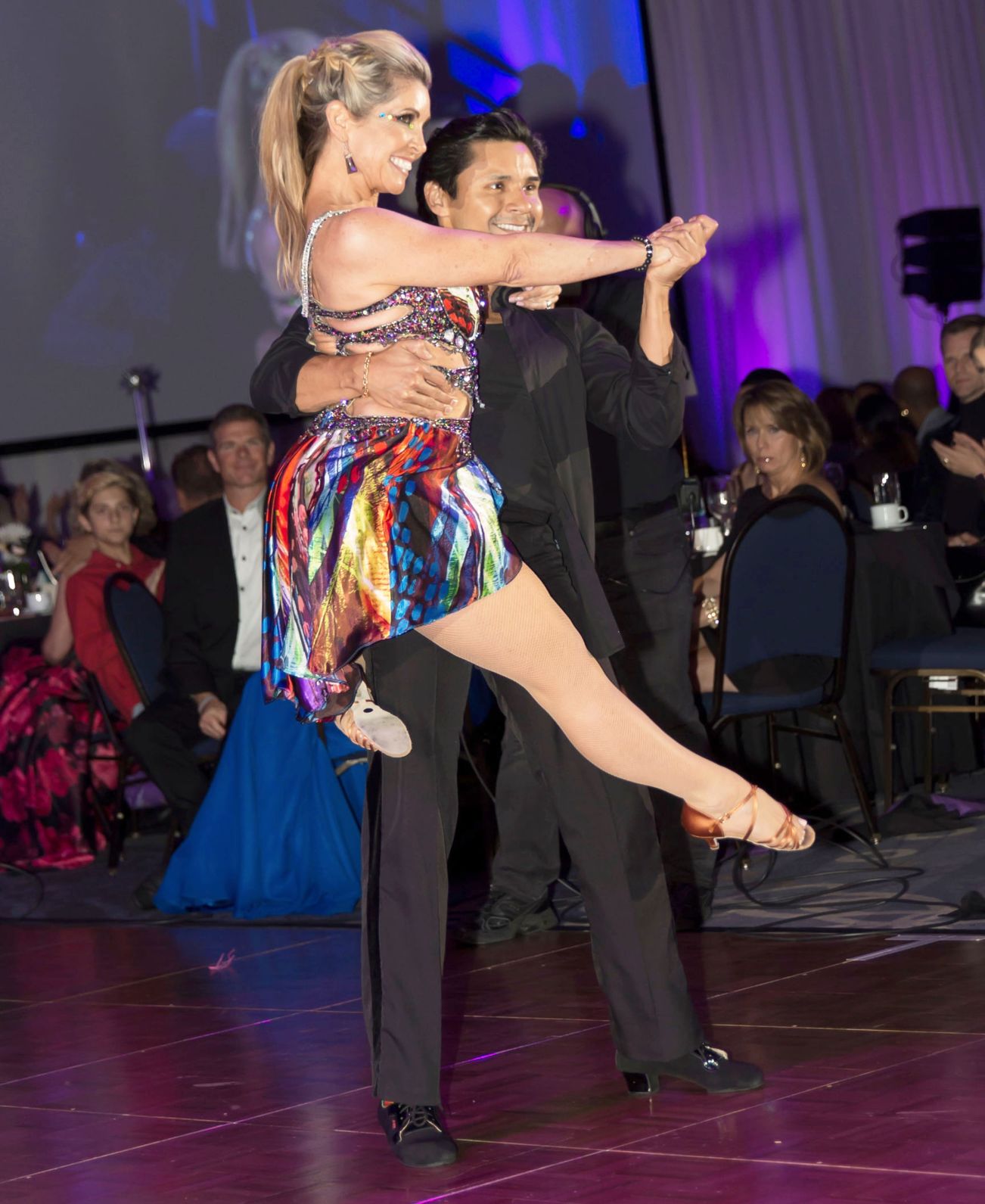 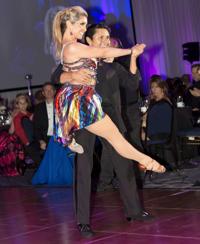 From left, Kimberly Keys and Melbin de la Cruz perform their dance routine at the 2019 Dancing Stars of Atlanta event. They won the Judges Choice Award.

From left, Simone Maccarrone and Sarah Chatel perform their dance routine at the 2019 Dancing Stars of Atlanta event.

From left, Sorin Obreja and Nancy See perform their dance routine at the 2019 Dancing Stars of Atlanta event. They won the People's Choice Award for raising the most money – over $146,000.

From left, Kimberly Keys and Melbin de la Cruz perform their dance routine at the 2019 Dancing Stars of Atlanta event. They won the Judges Choice Award.

The Alzheimer’s Association’s Georgia chapter is doing all it can to make Dancing Stars of Atlanta, its annual major fundraiser, feel like an in-person event despite the fact that it’s online this year due to the COVID-19 pandemic.

“We pulled out all the stops to make it a special evening so the dancers feel special, that our guests feel special, and frankly, the committee and I have worked very hard to create an extravaganza,” said Sarah Chatel, the gala chair.

In the virtual event, set for May 13 at 7 p.m., six local celebs will perform separate from their dance partners, but they’ll be together in cyberspace. The Dunwoody-based chapter is using technology to accomplish that.

“The dancers have been meeting virtually for six months because the national chapter of Alzheimer’s Association was not allowing us to do in-person meetings or in-person dancing,” Chatel said. “So, we used a green screen to video the dancers with their dance partners. They are brought together through technology that is state of the art.

“(Actress) Drew Barrymore started using green screens back in October, and it changed the way everyone did their events. We’re incorporating a lot of what she did and … her example.”

They collectively hope to raise $650,000 for research and treatment of Alzheimer’s, a progressive disease that wipes out memory and other important mental functions.

The event raises money for the care of existing patients, support and research. Since 2009, it has brought in about $6 million overall.

Last year’s Dancing Stars was postponed due to the pandemic and then rescheduled for May 13 while shifting to an online format.

“I feel really great about it,” said Dan Britt, the chapter’s senior director of relationship events. “Through COVID we’ve had to adapt, and we’ve learned new ways to connection with people and build relationships. We’ve had to use ingenuity, but our supporters certainly have stuck with us and we’re very excited to have this one-year special event will be.”

Chatel added, “I’m excited. It’s new. It’s different. It’s not the same as being there in person, but the cause is greater than being in person or virtually. So ultimately, we’re there for the cause. I have friends with Alzheimer’s. I have caregivers who are dealing with people who have Alzheimer’s, and the need is so great.”

In a news release, Linda Davidson, the chapter’s executive director, said, "Although we are not in person for this year’s Dancing Stars of Atlanta event, we are extremely excited about our virtual dance floor. Our stars, pros, volunteers and sponsors were committed to push forward this event, raising awareness and funds, regardless of the challenges we all faced during the pandemic. We hope that all of Atlanta can join us for what will be a magical night in support our mission – accelerating global research, driving risk reduction and early detection, and maximizing quality care and support."

Britt said Dancing Stars stands out because it deftly uses entertainment to raise awareness of Alzheimer’s.

“It also raises awareness by encouraging people based on their friendships with people, their support of people, but to embrace our mission of having a day without Alzheimer’s and dementia,” he said.

That day may come sooner than later. According to a January biospace.com article, the U.S. Food and Drug Administration (FDA) plans to announce in June whether or not it will approve a new Alzheimer’s drug being created by the pharmaceutical companies Biogen and Eisai after originally planning that decision for March.

A January article on AARP’s website stated Alzheimer’s drugs made by another pharma firm, Eli Lilly, have had success in a small study of 272 individuals. Chatel said doctors are “very close” to a cure.

Tickets to Dancing Stars are $50 per person. For more information, to purchase tickets or vote for your favorite star, visit dancingstarsofatlanta.com or call 1-800-272-3900.

Mother’s Day, the second Sunday in May, was made a national holiday in 1914 by then-president Woodrow Wilson. On this 106th official Mother’s …

The Atlanta Humane Society is giving its dogs a chance to taste the best in treats with the Great Biscuit Bark-Off.

Circle for Children wants all to participate in the Ultimate Tailgate

In 2021 Circle for Children, a local nonprofit that supports disadvantaged youth in metro Atlanta and Georgia, is celebrating athletics with i…