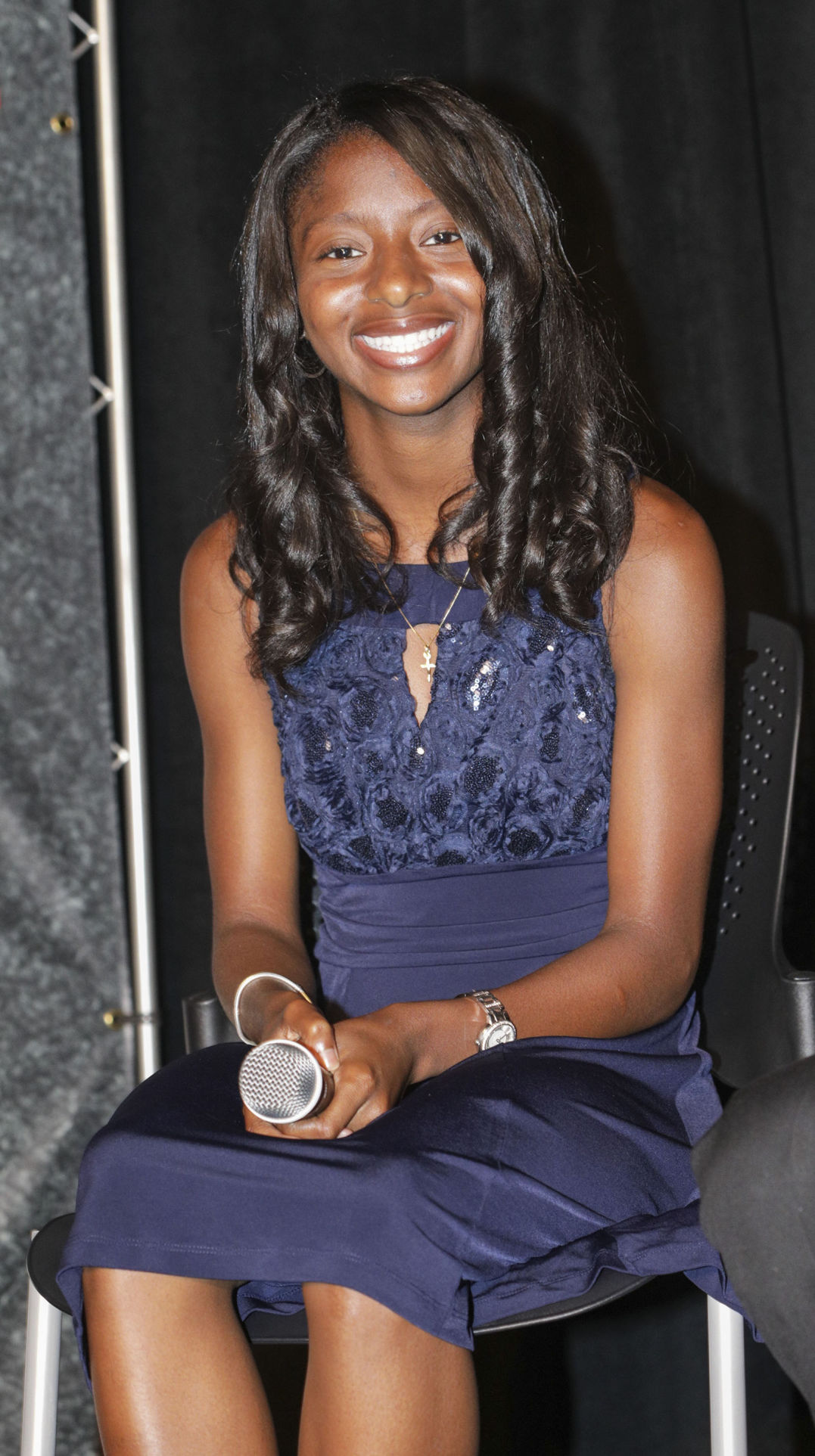 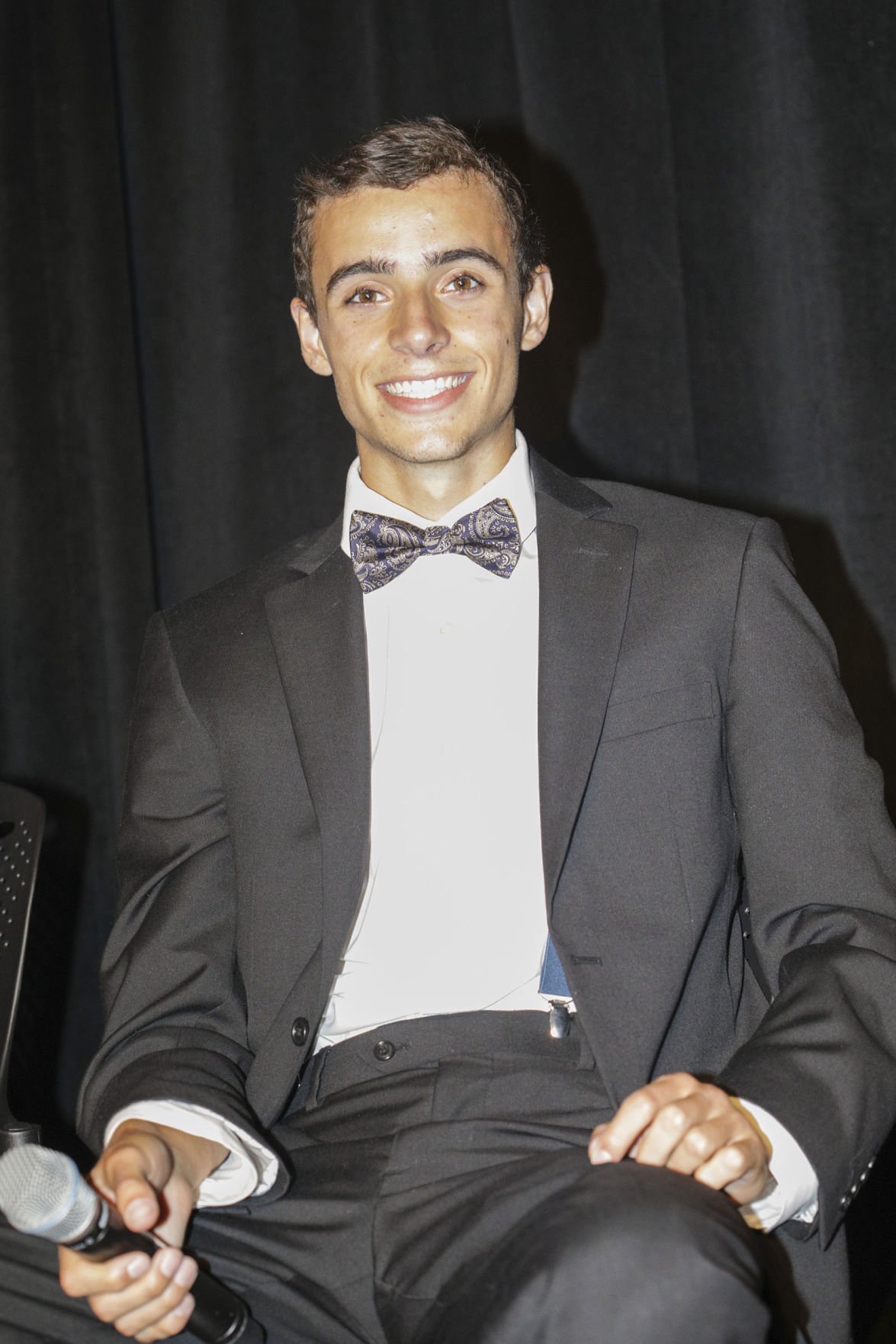 The Atlanta Track Club (ATC) honored its All-Metro High School Track And Field team with an awards banquet at the Stave Room in Atlanta on June 7. The Club selected 49 athletes based on a criteria which included season-best times at high-school sanctioned meets, head-to-head competition and performances at the Georgia High School Association (GHSA) state meet which took place from May 11 through 13. Miller Grove’s Emoni Coleman, Decatur’s Sam Ellis, Lakeside’s Brian Herron and the Wouthwest DeKalb 4x100-meter relay teams were among the honorees.

Coleman was on the All-Metro Track and Field team in the 800-meter run division after winning the Class AAAAA state meet with a time of 2:15.07. She was second in the 1,600-meter run at state.

Landmark Christian athlete Nicole Fegans completed a stellar senior campaign with two victories at the state meet for the War Eagles in the Class A Private competition. She placed first in the 1,600-meter run at 4:54.97, nearly four seconds faster than the second-place finisher. Fegans also took home first in the 3,200-meter run with a time of 10:39.92, which was more than 50 seconds better than the second-place runner. Both times were the best marks in any competition within all classifications at the state meet. Fegans was also named to the ATC All-Metro Cross Country Team last December.

Stockbridge High School athlete Darci Khan was on the team in the 100-meter hurdles after winning the Class AAAAA state meet in 13.79 seconds which is also a top-20 time nationally. She was also a member of the school’s 4x100-meter relay team which was also honored after a first-place finish at State with a time of 46.20 seconds. The unit also posted a time earlier this past season of 46.13 seconds which is the 12th best time in the country. Runners on the relay team were Jasmine Holmes, Faith McDowell, Temperance Newsom, Maya Davis, Jamaalriya Parker and Khan.

Becky Arbiv of the Weber School won first place in the Class A Private pole vault competition with a height of 4.13 meters which is the third-best time in the country.

Woodward Academy’s Makenli Forrest placed first in the shot put after winning the Class AAAA shot put event at the state meet with a distance of 4.13 meters.

Ellis earned a spot on the ATC All-Metro Track and Field team after a first-place finish in the Class AAAAA 800-meter run at the state meet with a time of 1:51.85 which was also his season-best time. He was also named to the ATC All-Metro Cross Country team as well last December.

Herron placed on the team in the 400-meter dash category after placing second in the Class AAAAAAA state meet with a time of 46.64 seconds. His season-best time at this distance was 46.15 seconds. Herron also earned second at the state meet in the 200-meter run in a time of 21.05 seconds.

The Southwest DeKalb 4x100-meter relay team was honored as a unit by the ATC after a second-place finish at the Class AAAAA state meet with a time of 41.27 seconds. The unit, which consisted of Marcellus Boykin, Devin Brewington, Terry Conwell, Terryon Conwell, Justin Tomlin, and Hasim Smith had a season-best time of 40.95 seconds.

Everett Smulders of Lovett has a spot on the team in the 1,600-meter run category after winning the Class AAA state title with a time of 4:15.18, which was the second-best overall time in the state. He also placed first in the 800-meter run at State, running a time of 1:54.92.

Milton’s Sam Bowers earned first in the Class AAAAAAA 3,200-meter run at the state meet with a time of 9:16.32 which earned him a spot on the ATC All-Metro Track and Field team. He also placed third in the 1,600-meter run at State. Bowers was also named the ATC’s Most Outstanding Cross Country Athlete last December.

Riverwood’s Pache’ Caldwell was selected by the ATC following his first-place finish in the Class AAAAA high jump competition, clearing a distance of 1.98 meters for the victory. His best height of the season was 2.08 meters.

Westminster’s Jack Cahillane earned a spot in the pole vault category after winning the Class AAA state competition at 4.88 meters, nearly one meter higher than the second-place finisher. His high mark of 4.9 meters this season was the second-best height in the state.

MD: THIN MINT CHALLENGE TO HELP THOSE IN NEED

Mayor battles cancer while trying to protect city from virus