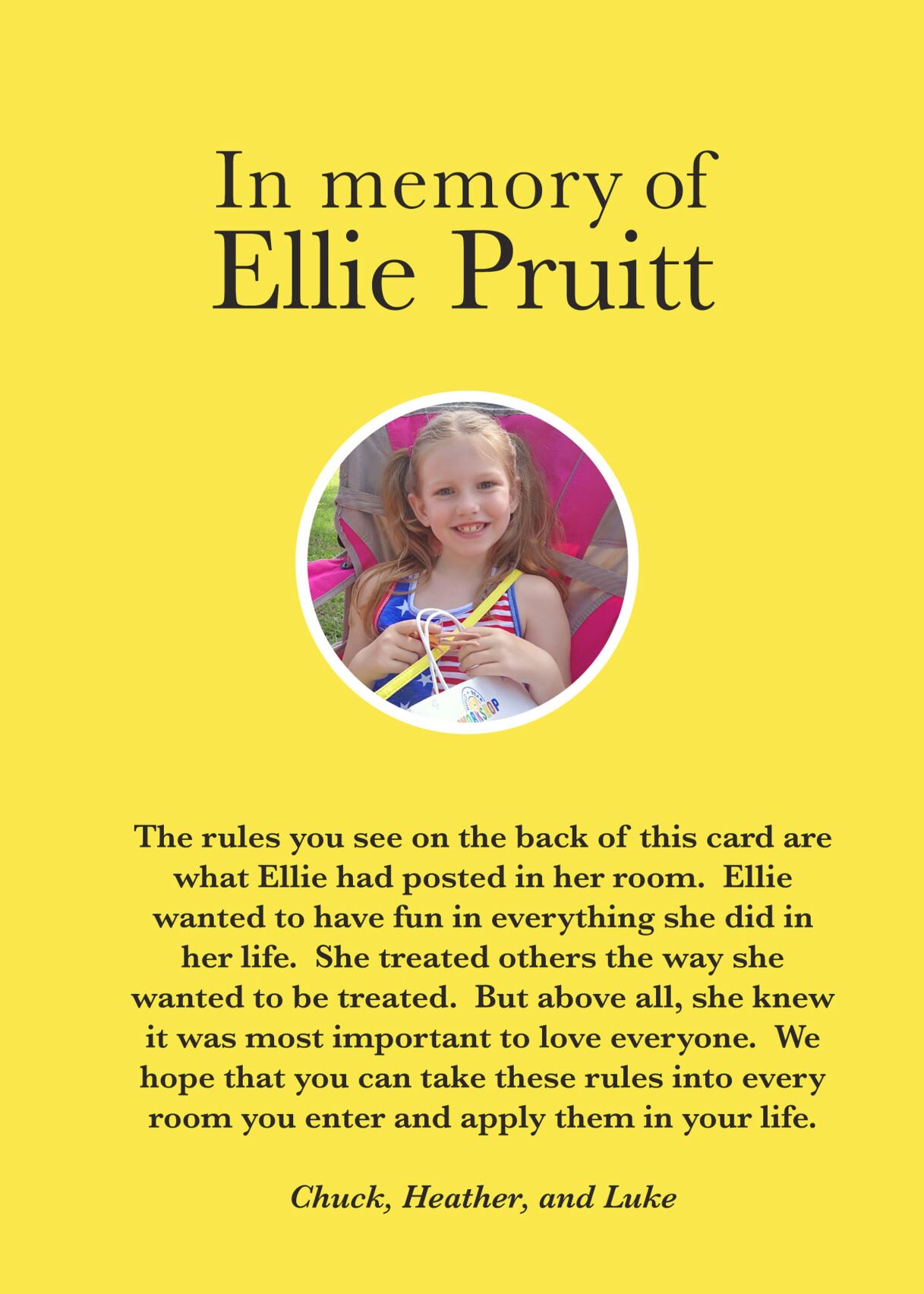 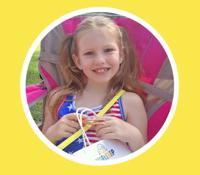 Children's Healthcare of Atlanta is paying tribute to Ellie Pruitt, a patient who died last year, with the Connect with Kindness campaign. 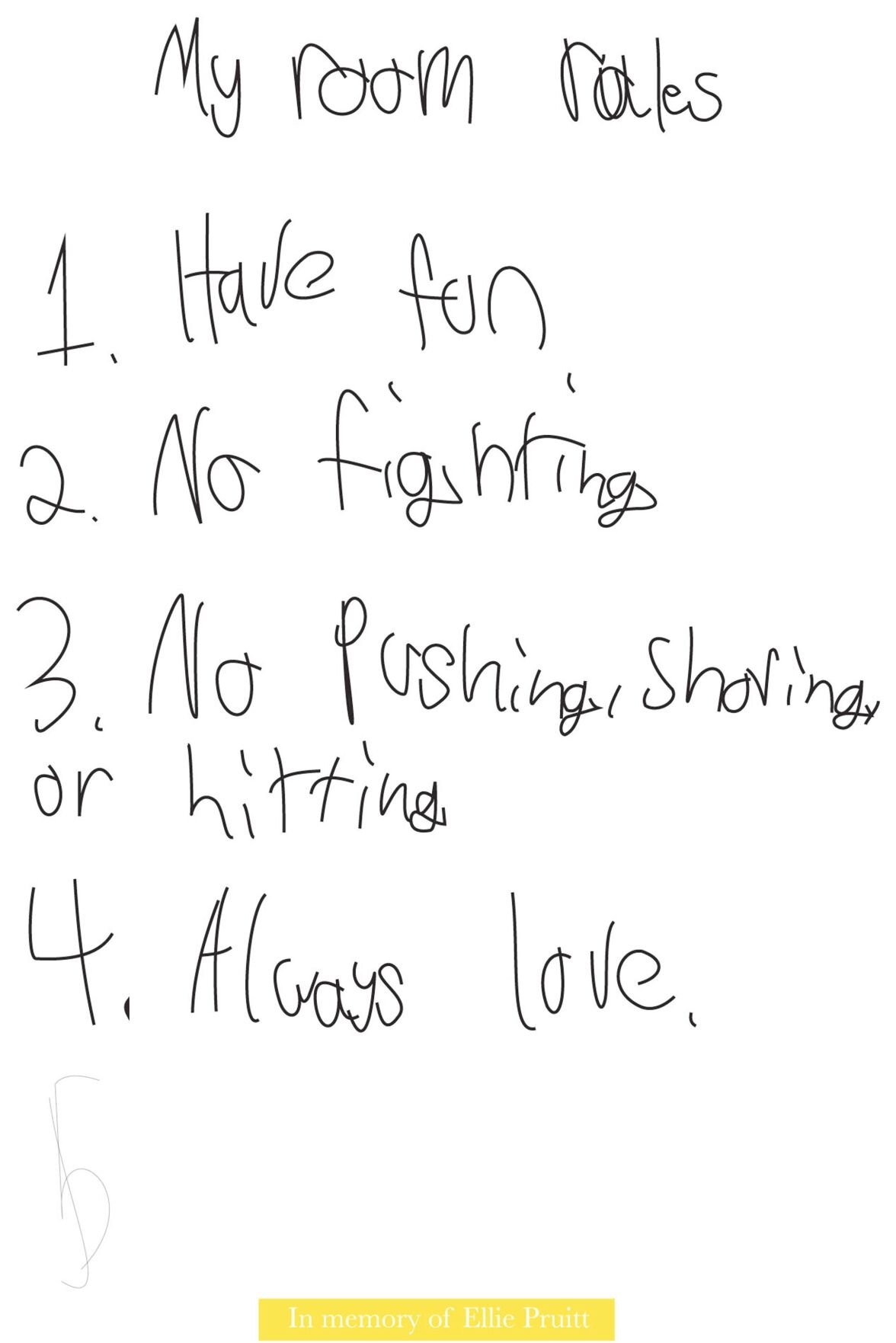 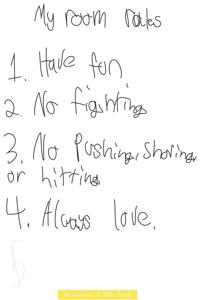 These are the room rules Ellie Pruitt wrote, showing her love for others.

Children's Healthcare of Atlanta is paying tribute to Ellie Pruitt, a patient who died last year, with the Connect with Kindness campaign.

These are the room rules Ellie Pruitt wrote, showing her love for others.

Through the end of February, Children’s Healthcare of Atlanta is asking all to be kind to honor a former patient who died last year.

To pay tribute to Ellie Pruitt, an 8-year-old girl who died Feb. 6, 2020, the pediatric hospital system is hosting the Connect with Kindness campaign by asking individuals to visit its website and pay it forward with kindness.

Heather, Ellie’s mother, said her daughter represented everything good in this world and made quite an impact in her short life.

“She worked hard in school,” she said in a news release. “She had a way of knowing how to connect with people. She was a great big sister to her little brother, Luke. She was loving. She was thoughtful.”

One of Ellie’s friends said that her mission in this world was to “make sure everyone she met had a friend.”

In January 2020, Heather received a call from her daughter’s school that she had been vomiting and had a low-grade fever. Believing it was just a stomach bug, Heather took Ellie home and let her stay out of school for a day to rest.

But when Ellie’s condition didn’t improve, she visited her pediatrician, who couldn’t find anything wrong. Finally, after discussing the situation with a family friend, they decided to call Ellie’s rheumatologist at Children’s.

Ellie was diagnosed juvenile arthritis when she was 4 and was no stranger to Children’s. Dr. Sampath Prahalad suggested that Ellie immediately go to a Children’s Urgent Care Center.

Concerned by her lab results, the team transported her to Children’s Egleston Hospital, where she was admitted to the Pediatric Intensive Care Unit. Doctors discovered a brain bleed, in addition to a collection of autoimmune diseases, including lupus, that were attacking her body. After six days in the hospital, Ellie died.

Though devastated by her loss, Ellie’s family found peace and comfort in the care she received.

“There’s no doubt in my mind that everyone at Children’s wanted what was best for Ellie,” Heather said.

The night Ellie died, her parents came home, went into Ellie’s room and discovered something hanging on her door — a list of room rules she had written months ago.

In awe of her youthful yet profound perspective, Ellie’s parents knew her rules needed to be shared with the community.

“Our little 8-year-old daughter sees these things as a priority, and we knew it’s something the world needs right now,” Heather said.

Children’s kicked off the month of love with #KindnessATL, a challenge for the Atlanta community to take a moment to engage in random acts of kindness. Whether it’s simply holding the door for a stranger or sending a note to an old friend Children’s is encouraging the community to join in to reconnect, inspire and challenge one another to connect with kindness.

One can also take the Connect with Kindness challenge by visiting www.choa.org/kindness.

Sometimes a wagging tail, velvety coat, and comforting paw is the best medicine, especially for kids, which is why Children’s Healthcare of At…

New arrivals for the Wednesday, April 14, 2021 edition of the Standard Journal