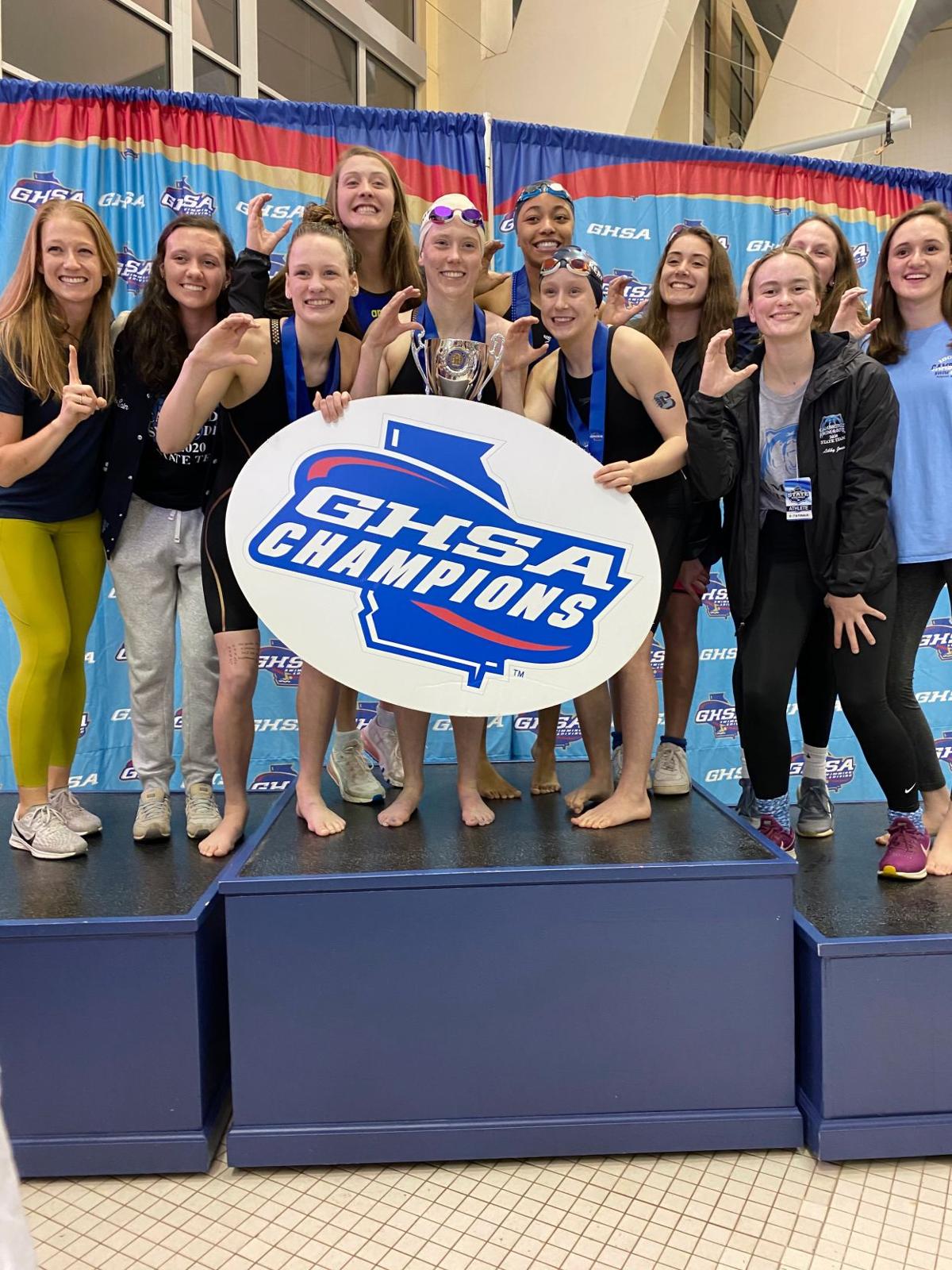 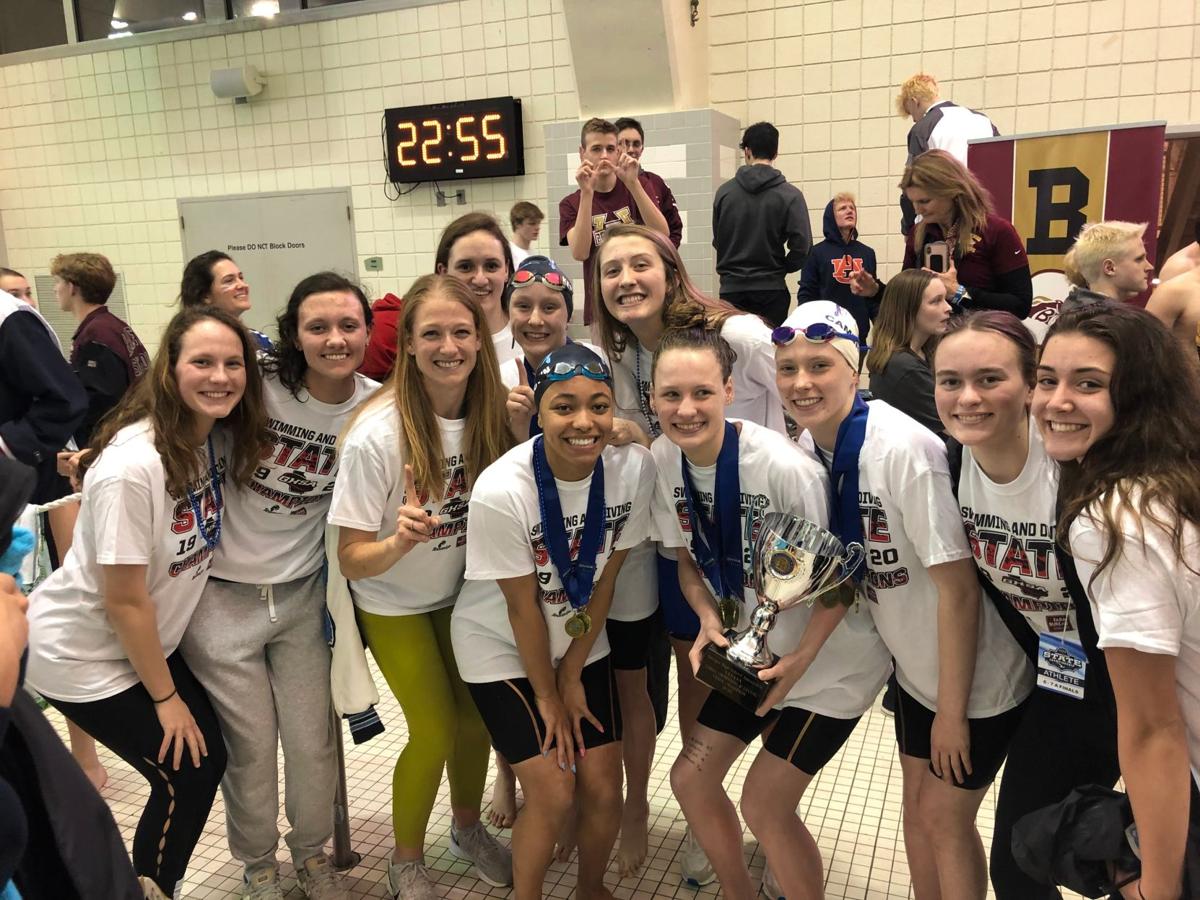 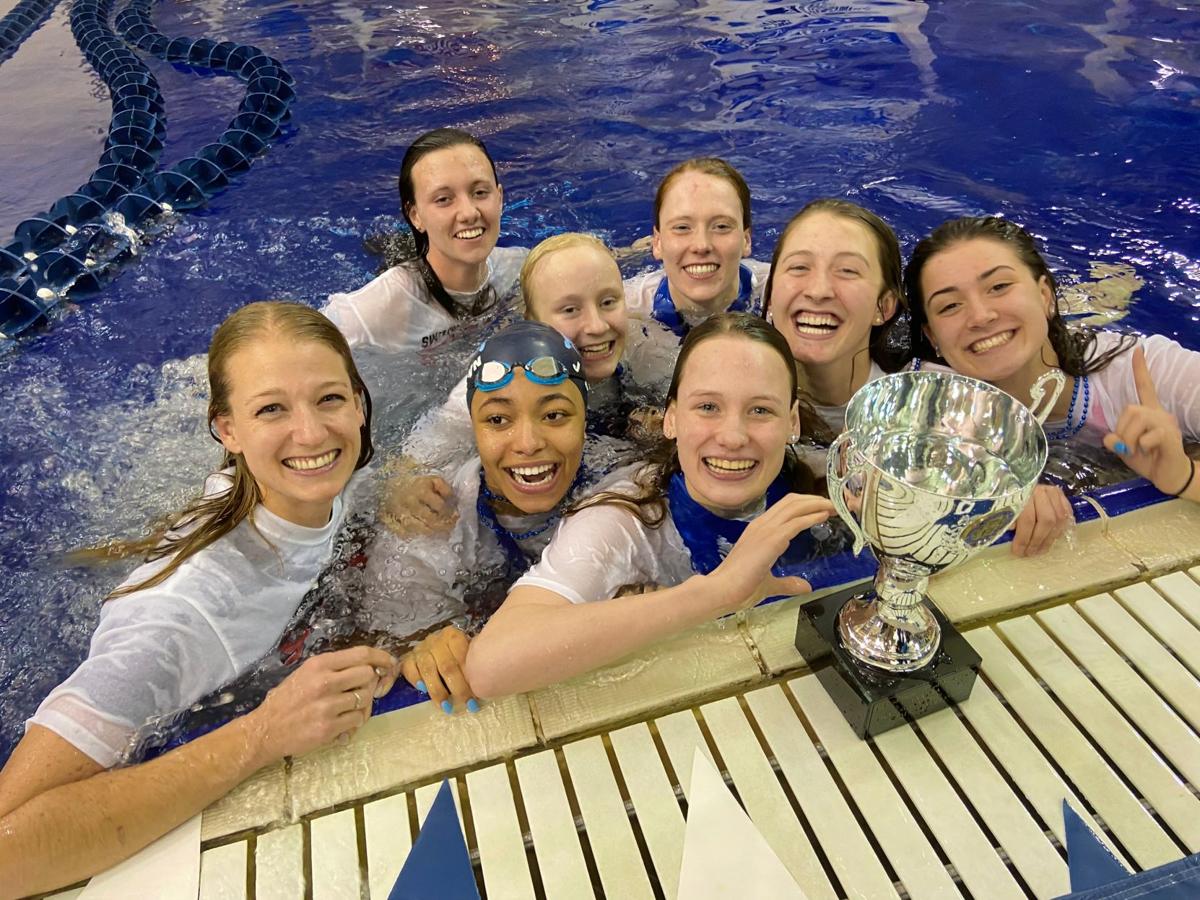 Cambridge’s girls team won the Class 6A state championship for the first time in program history. The Bears finished the competition with 276 points, while Alpharetta (245) and Centennial (209) rounded out the top three.

Two Cambridge swimmers each won two individual events. Abby Grottle finished first in the 500-yard freestyle (4:51.89) for All-American honors and 200-yard freestyle (1:49.86) for All-American consideration while teammate Sophie Brison also took first in the 200 individual medley (2:00.68) and 100 backstroke (54.47 seconds), both for All-American honors. Claire Kerber, Jayla Brown, Grottle and Brison were a unit that won the 200 medley (1:44.65) and the 400-freestyle (3:31.74) relays. Eva Medici, Emma Guy, Brooke McLain and Kerber won the 200-freestyle relay event that secured the title for the Bears.

“They went into it wanting to win and knew that they had to perform at their best to make it happen. This group came together and they motivated each other to have the best night of swims they could. It was truly a collective effort and every knew they had a part to play if they wanted things to fall into place. They were the most focused and determined group of young women I have ever seen and it has been a privilege to coach them and an honor to watch them last night. We have come a long way in the last couple years, and last night was a culmination of that.”

The Wesleyan girls’ team was third in the Class 1A-3A competition won by Westminster. Wolves’ swimmer Hannah Wasmuth won the 100 backstroke for the second-consecutive year with a time of 55.34 for All-American consideration. She also placed second in the 200 freestyle at 1:49.81 which was also an AA consideration time.

Are these social distancing methods safe?

The story behind Pac-Man and his ghosts

How vote-by-mail could change the 2020 election

HBO Max is here. Its boss explains why it's worth the price

Fauci: We need to reserve judgment on political conventions