This event has passed

The Peachtree Garden Club’s 12th annual Christmas Home Tour, set for Dec. 5 from 10 a.m. to 3 p.m., once again will offer a diverse group of four Buckhead houses to view, all decked out in holiday décor.

This year’s event is being co-chaired by Eleanor Adams, Kim Mansfield and Loulie Reese.

The homes on the tour are located on West Paces Ferry, Mount Paran and Vernon roads and Woodward Way. Two of the homes are owned by the club’s members and two are owned by nonmembers.

The tour started in 1949 and continued until the mid-1960s. It was revived by the club in 2008 and is its only annual fundraiser. All the proceeds go to the Peachtree Garden Club Community Fund, a nonprofit that has doled out more than $550,000 to community organizations since its inception.

Funds raised from the event mainly will go to the club’s Neel Reid Scholarship Fund at the School of Environment and Design at the University of Georgia, but will also go to other local nonprofits.

Each year the club selects for the tour an honorary chair, someone to laud for his or her contributions to the organization. This year’s honoree is Jane Lanier, a longtime club member. 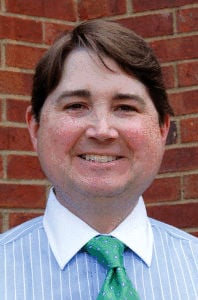 Everett Catts is news editor of the Northside, Sandy Springs and Vinings Neighbor Newspapers. He is a graduate of Presbyterian College in Clinton, S.C., and grew up in Atlanta.