An artist’s rendering shows what the Caffeine and Octane at the Garage in Sandy Springs will look like once it’s complete. 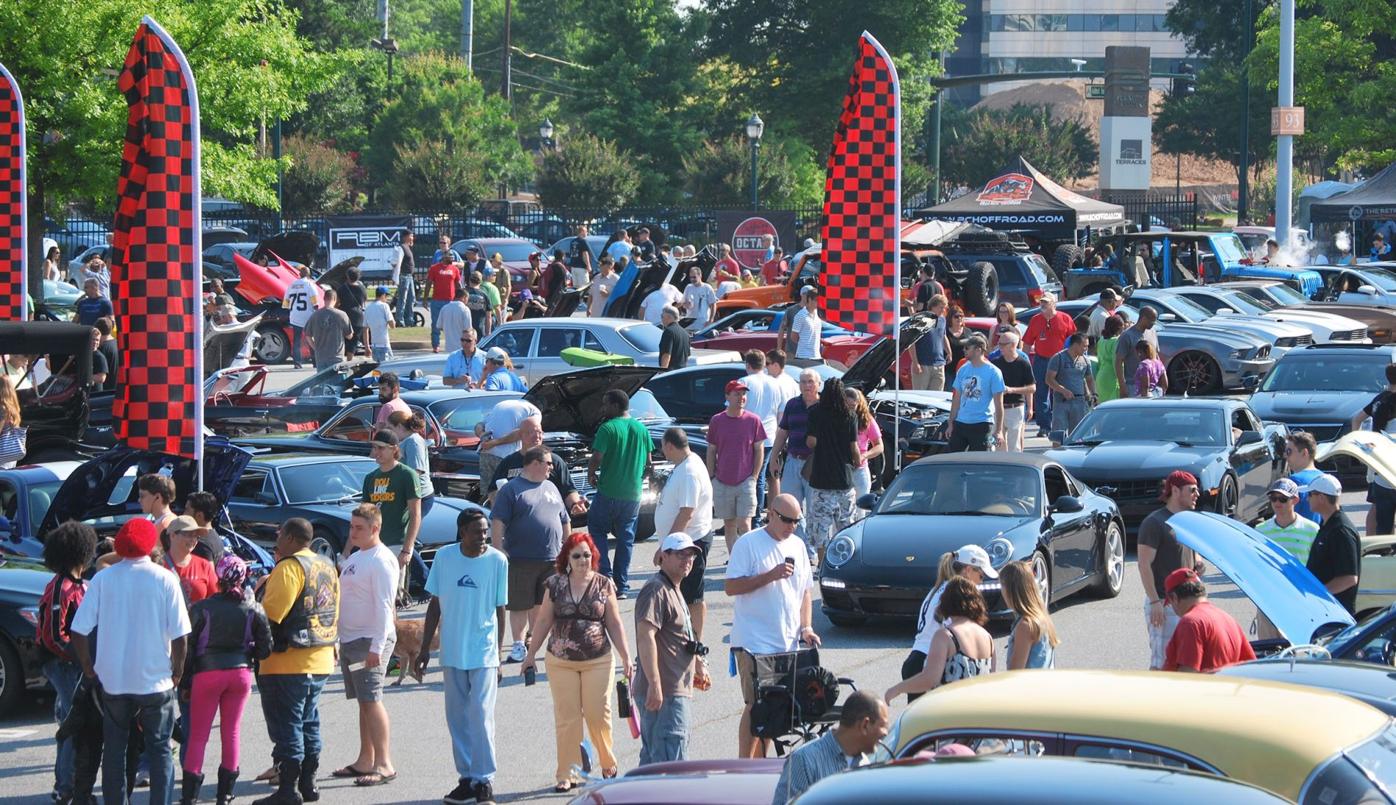 Residents check out the vehicles on display at the monthly Caffeine and Octane car show at the Perimeter Mall parking lot in Dunwoody. 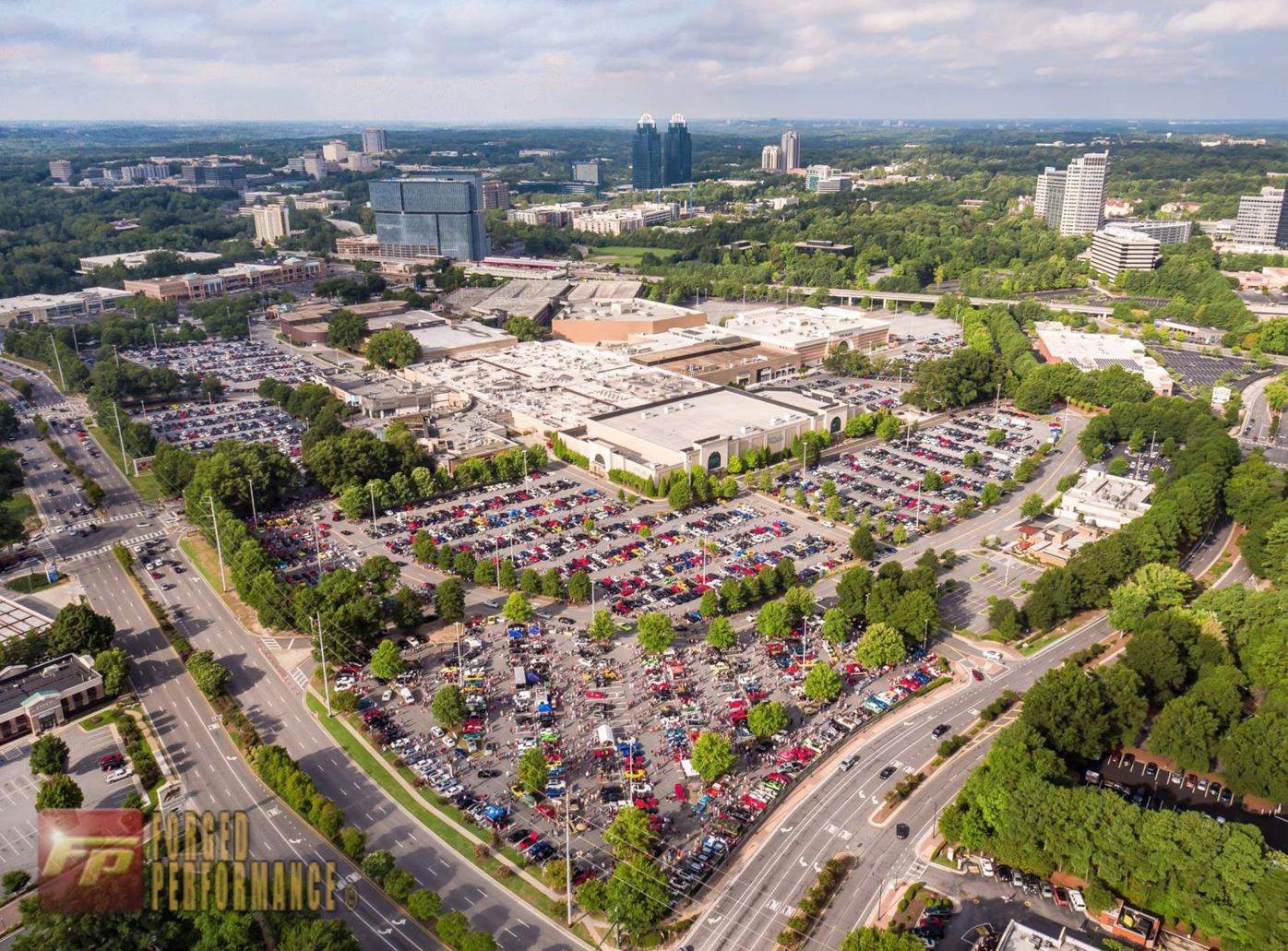 An aerial view shows what the monthly Caffeine and Octane car show looks like at the Perimeter Mall parking lot in Dunwoody. 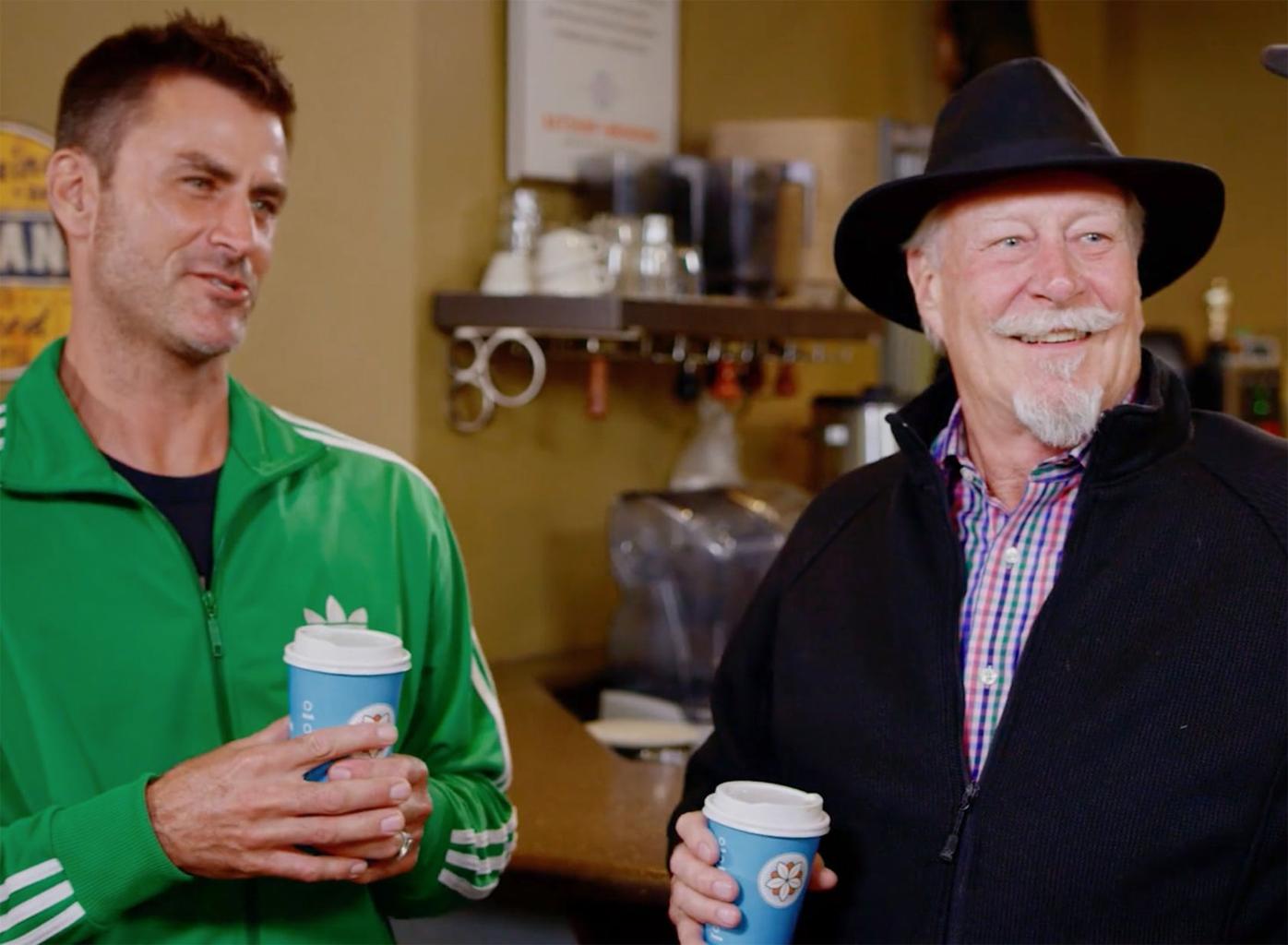 From left, Bryan Fuller and Skip Smith, pictured in a previous episode, serve as co-hosts of the “Caffeine and Octane” TV show, along with Rickey Gadson. 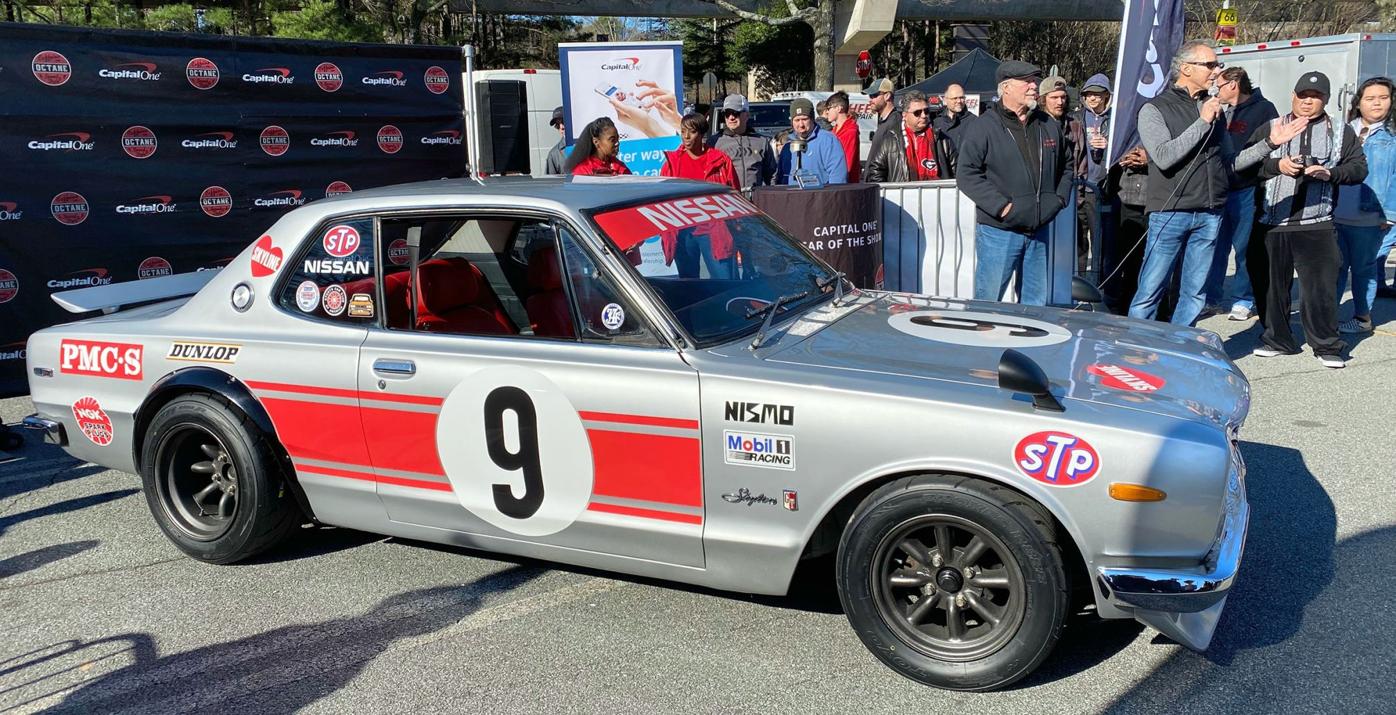 This Nissan Skyline GT-R was the Capital One Car of the Show at Caffeine and Octane’s February show. 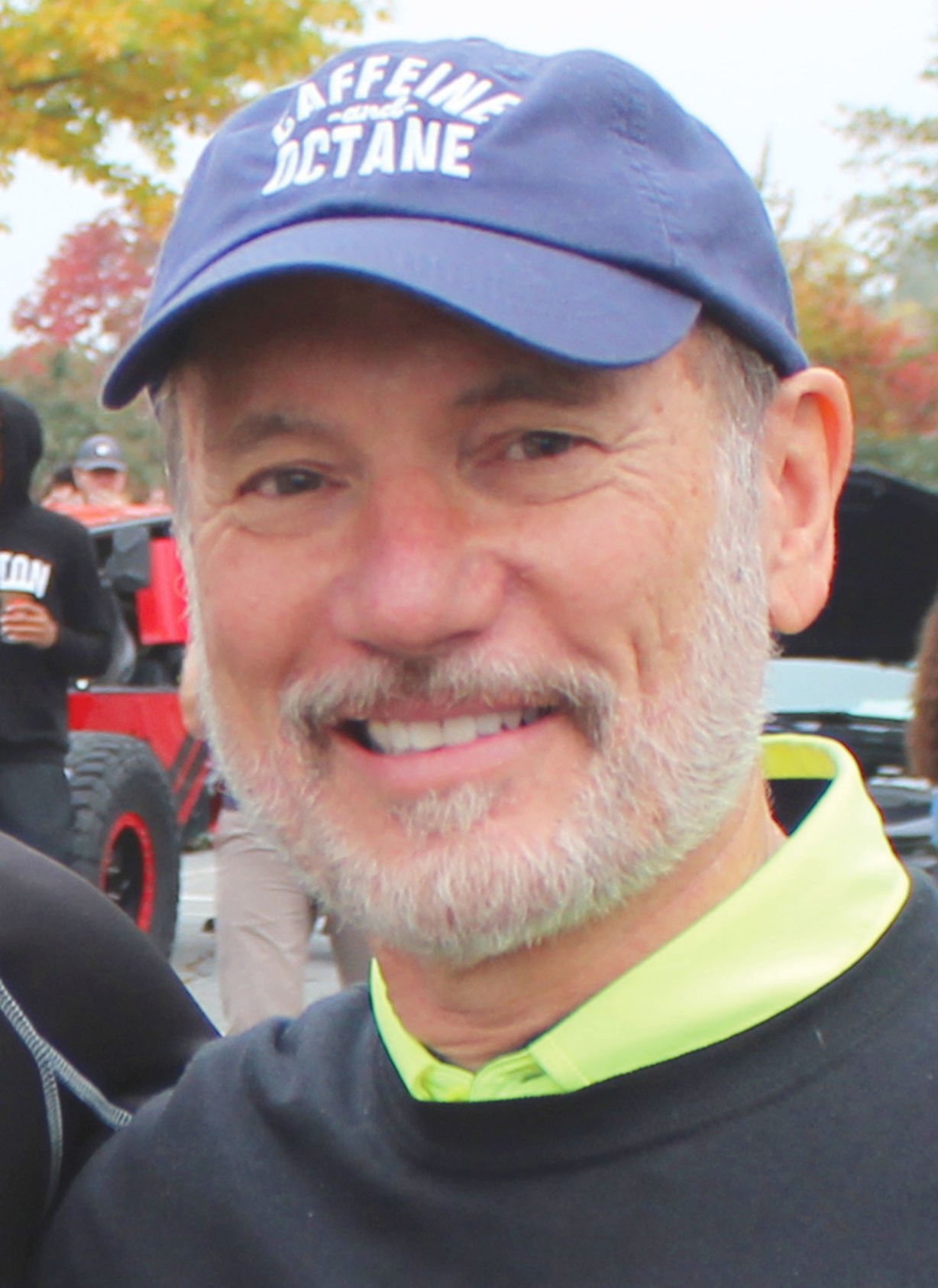 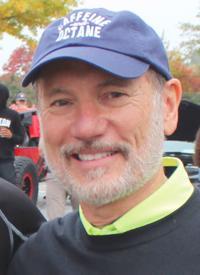 +5
Don't miss a story.
Get local news delivered to your inbox.

An artist’s rendering shows what the Caffeine and Octane at the Garage in Sandy Springs will look like once it’s complete.

Residents check out the vehicles on display at the monthly Caffeine and Octane car show at the Perimeter Mall parking lot in Dunwoody.

An aerial view shows what the monthly Caffeine and Octane car show looks like at the Perimeter Mall parking lot in Dunwoody.

From left, Bryan Fuller and Skip Smith, pictured in a previous episode, serve as co-hosts of the “Caffeine and Octane” TV show, along with Rickey Gadson.

This Nissan Skyline GT-R was the Capital One Car of the Show at Caffeine and Octane’s February show.

This article was updated Feb. 27 at 10:19 a.m. with corrected information on Season 5 of the "Caffeine and Octane" TV show.

Now in its 15th year, the show meets the first Sunday of each month at the Perimeter Mall parking lot in Dunwoody, and the NBC Sports Network TV show by the same name is in its fifth season (filming/production starts March 1).

By the end of this summer, Caffeine and Octane at the Garage, a coffee shop, restaurant, event space and TV studio in a 6,500-square-foot space, is expected to open at 8911 Roswell Road in the North River shopping center in Sandy Springs.

“I have a background in (the) food and beverage (industry), so I was comfortable in that space,” said Bruce Piefke, CEO and producer of the Caffeine and Octane car show. “What really attracted me to Caffeine and Octane, besides being an event producer for 30 years, is the people. It’s the stories they have, the way these stories over cars bring them together.

“It’s very similar to sports in that sense. People bond over a team and they bond over cars. They bond over a common ownership of a Camaro, a classic car or a Ferrari. People travel from all over the world to see it. This was an extension of the brand that I felt like would give people an opportunity to meet up 30 days out of the month rather than just one. Caffeine and Octane is a melting pot of everything, but a lot of car groups break down by their owner. If you’re a Ferrari owner, you belong to the Ferrari club.”

‘A perfect extension’Piefke, a Sandy Springs native who still lives there, said the Garage will also provide the TV show’s crew with a place “where we could film more than one day a month.”

“We could offer a bigger, better, variety of stories on people and their cars,” Piefke said. “But it also gives people a space to gather and talk with other car enthusiasts. That said, it’s going to be a fun place with great food and everyone is welcome. Everyone is going to enjoy the atmosphere we’re going to create.”

Ed Coughlin, the TV show’s executive producer, added, “For me, it’s a perfect extension of the show. The show is scaled. We start the show at a coffee shop and have used different coffee shops. Those coffee shops are great, but they’re not automotive themed. For me, (having a place) where I can control the visual is a home run. … That’s the advantage to me. The second was to extend my coverage window. The (monthly car show) is wonderful but it goes by fast, from 8 o’clock to 11 o’clock.

“But to have a coffee shop, Bruce and I have talked about doing a podcast. It’s just an extension of the event for me. I wish the car show lasted seven hours. It goes by fast. The coffee shop just expands my production window, not to mention I’m not opposed to having a good hamburger and beer after the shoot. It’s a good gathering spot.”

At its Feb. 4 meeting, the Sandy Springs City Council voted 6-0 to approve an application for a $5,590.52 tax incentive waiver request for High Octane LLC, Caffeine and Octane’s parent company. Piefke said the group hopes to obtain construction permits for the Garage in mid-March and start construction by the end of the month.

“From what I’ve heard, there were eight to 10 cars and about a dozen people,” said Piefke, who wasn’t there and didn’t get involved with the car show until 2012. “It grew really organically in those days because there was no social media promoting it.”

Today the show draws enormous numbers of vehicles on display and fans viewing them.

“There are over 1,000 cars and coffee events across the USA and thousands around the world, but (with) Caffeine and Octane, no one really approaches the 3,000 cars on display and the 20,000 fans that come out pretty much every month the sun comes out,” Piefke said. “When we’re talking variety, we had a (TV) show featuring just military and service vehicles, and we had a tank, old jeeps, fire engines. The tank was a first.

He added you never know who’s going to show up at the car show.

The car show also hosts Caffeine and Exotics, a special event devoted just to exotic cars that takes place three times each year at City Springs in Sandy Springs. It will kick off April 19 and will also be held in July and October.

The TV showThe TV show, which premiered in 2017, could have up to 12 episodes for Season 5. It has broadcast the Caffeine and Octane brand worldwide in at least 65 countries.

“I got a letter from a man in Gambia last week,” Piefke said. “He … taught automotive mechanics. His dream was to come to Caffeine and Octane. … I get letters from Egypt. This is a worldwide passion. What is unusual is it covers every kind of race, color, creed, age group, male, female, the variety of people that are passionate about cars and enjoy cars.”

He added the TV show has helped draw car enthusiasts and their vehicles from all over the Southeast.

“(They) will say to me, ‘Bruce, I love the TV show and I love the event. But one reason it’s my favorite TV show is it’s the only one my wife or girlfriend will watch with me,’” Piefke said. “It’s because of the stories, with a father-son project or mother-son or mother-daughter project. Those stories about cars bringing people together are always getting our attention.

“The cars are cool, but it’s really the people that are the story. We had a retired Delta pilot bring in a split-window Corvette. They only made those for one year, so they’re very rare and you don’t see them very often. Talking to the pilot, he said, ‘I bought it when I was in flight school in Texas and owned it almost 60 years.’”

“I’ve produced motorsports programs for 30 years, and forever I was in search of diversity,” he said. “Motorsports has a look: mid-40s, white, guys like me. With this show, we don’t have to build in diversity. It’s already there. It’s white, black, brown, old, young, boy, girl, man, woman. That’s wonderful for us. It just comes organically. That’s the really cool part for us. It’s a car show but it’s as much about the people as it is the cars.

“The cars are parked. We do as much as we can to animate those cars, and we have to have people who tell interesting stories. Was it their first car, their dad’s car? We’re always in search of that.”

“We just use a lot of modern production techniques, with Ronin stabilizers,” he said. “Those are kind of like your old steady cam. It makes all the shots fluid and smooth. We use drone photography. We use Go Pros (cameras). We do a lot of things that not just find the right car but also the right person behind that car to bring that whole story together.”

The next Caffeine and Octane car show is set for March 1 at 8 a.m. For more information on the car show or TV show, visit www.caffeineandoctane.com.

The 38th annual Atlanta International Auto Show will fire up its engines at the Georgia World Congress Center in downtown Atlanta later this week.

Tossed Out Treasures, the Sandy Springs Society’s 29th annual shopping spree for a good cause, is back.

Officials: Jail officer to be fired for using racial slur

Police search for vehicle in hit and run crash with bicycle

3 arrested in shooting of 13-year-old girl after fight

Health officials: More important than ever for flu shot