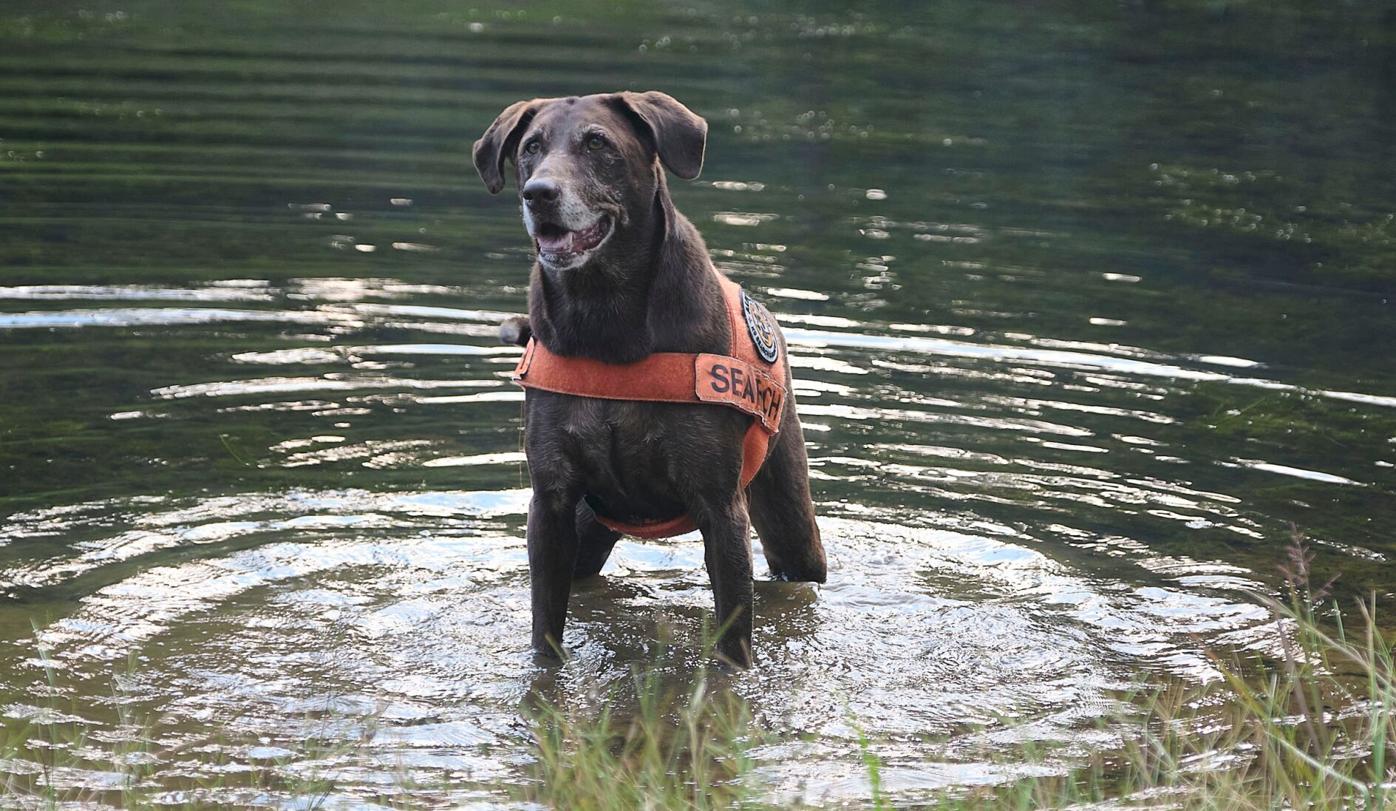 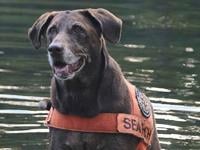 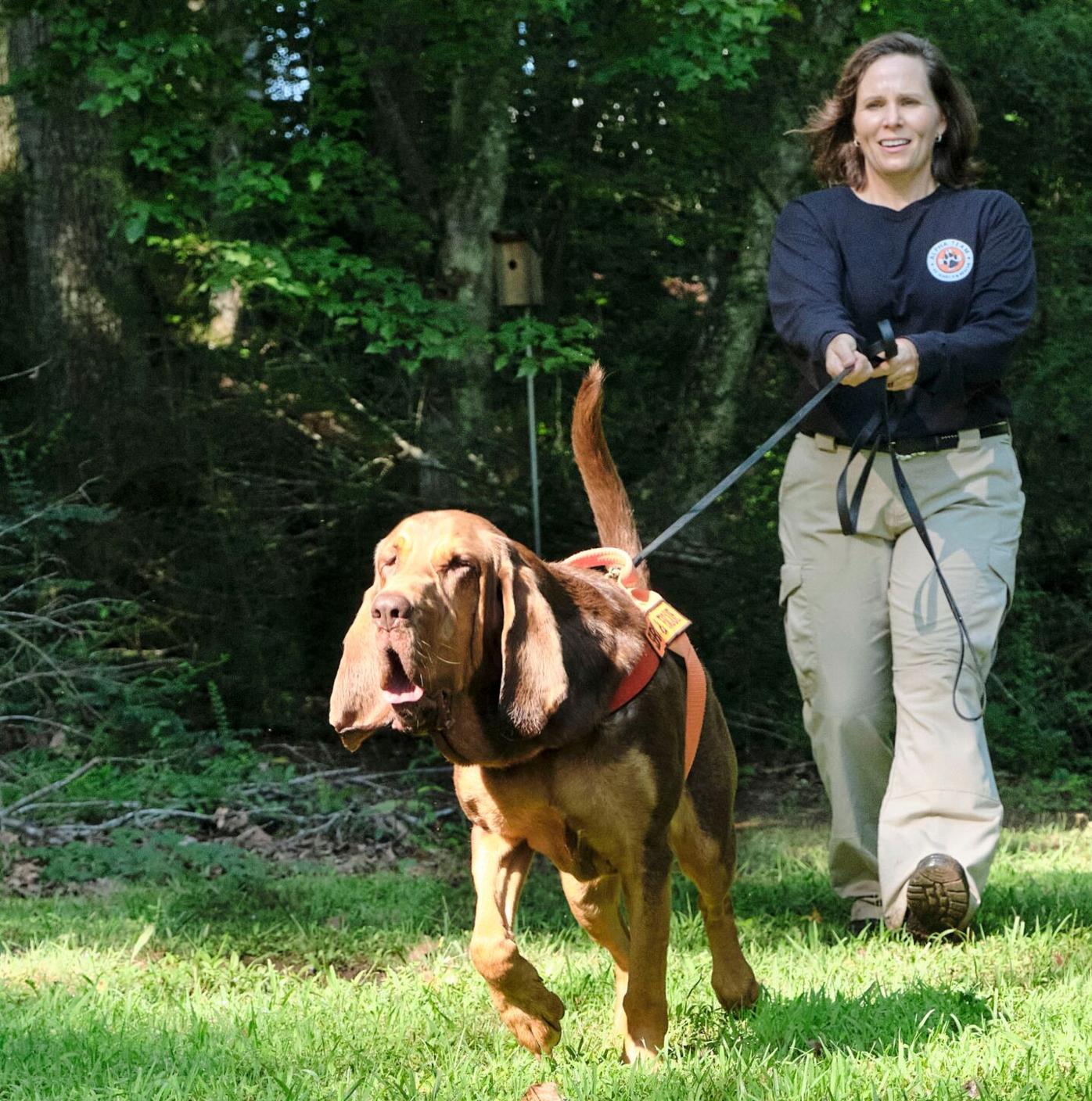 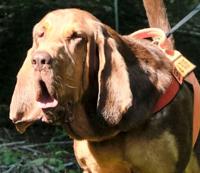 Alpha Team K9 Search and Rescue member Jennifer walks with her dog, Ellie. The member’s last name was not released to protect her privacy. 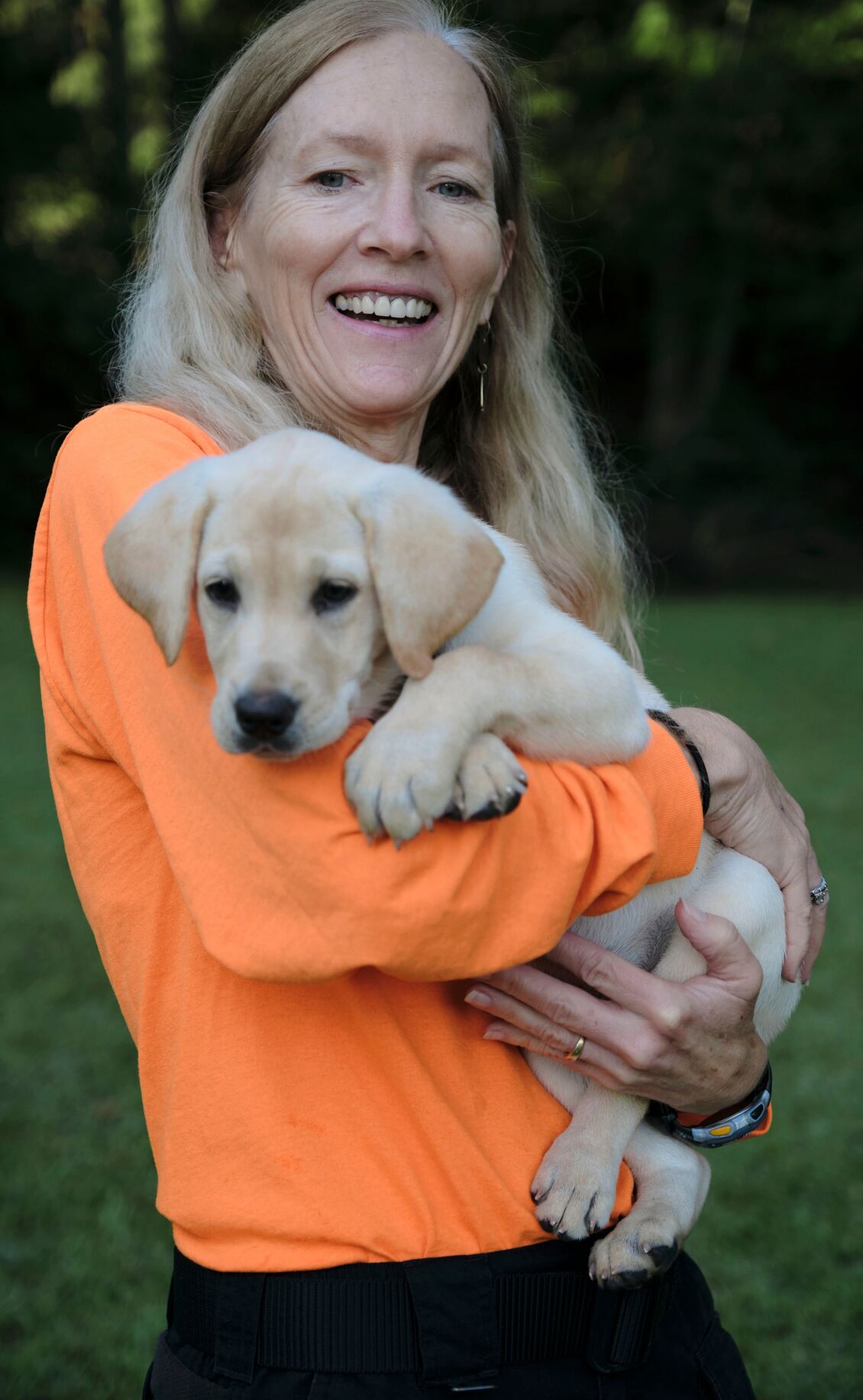 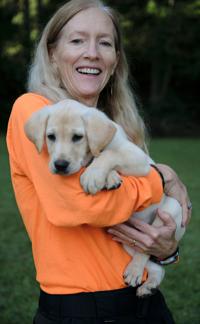 Alpha Team K9 Search and Rescue member Sherri holds her dog, Sierra. The member’s last name was not released to protect her privacy. 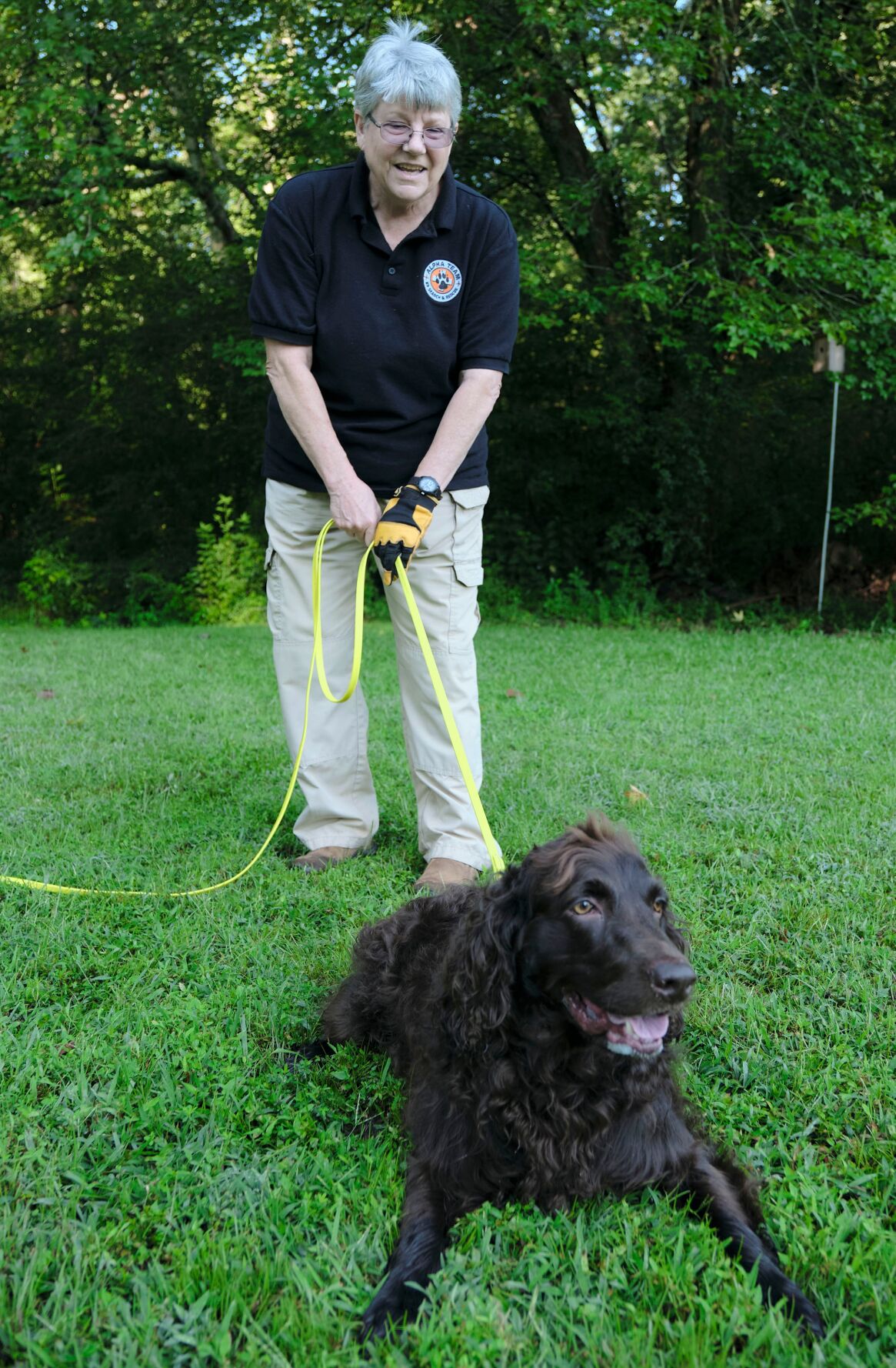 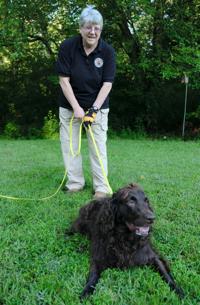 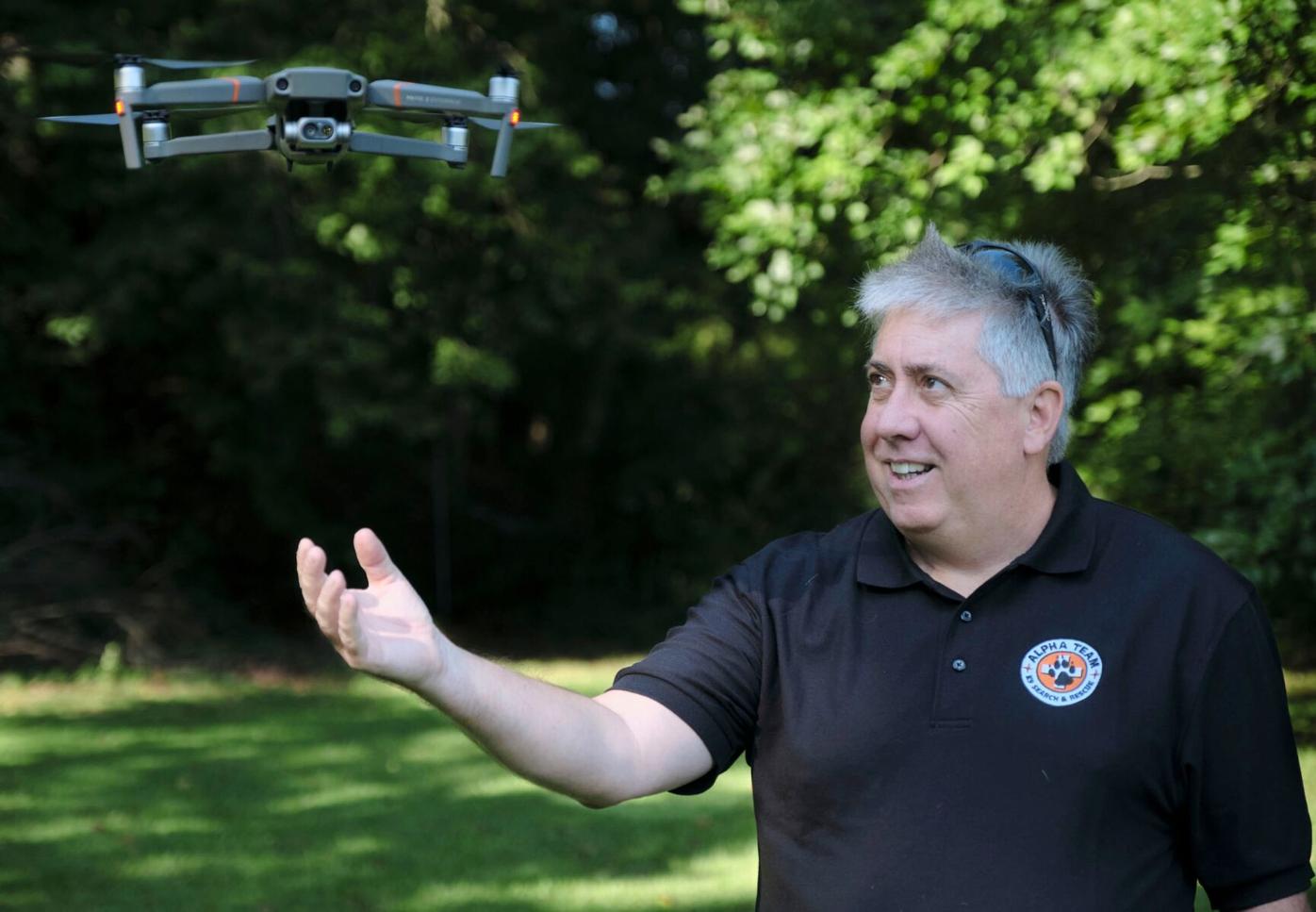 Alpha Team K9 Search and Rescue member Gary with a drone named SPOT. The member’s last name was not released to protect his privacy. 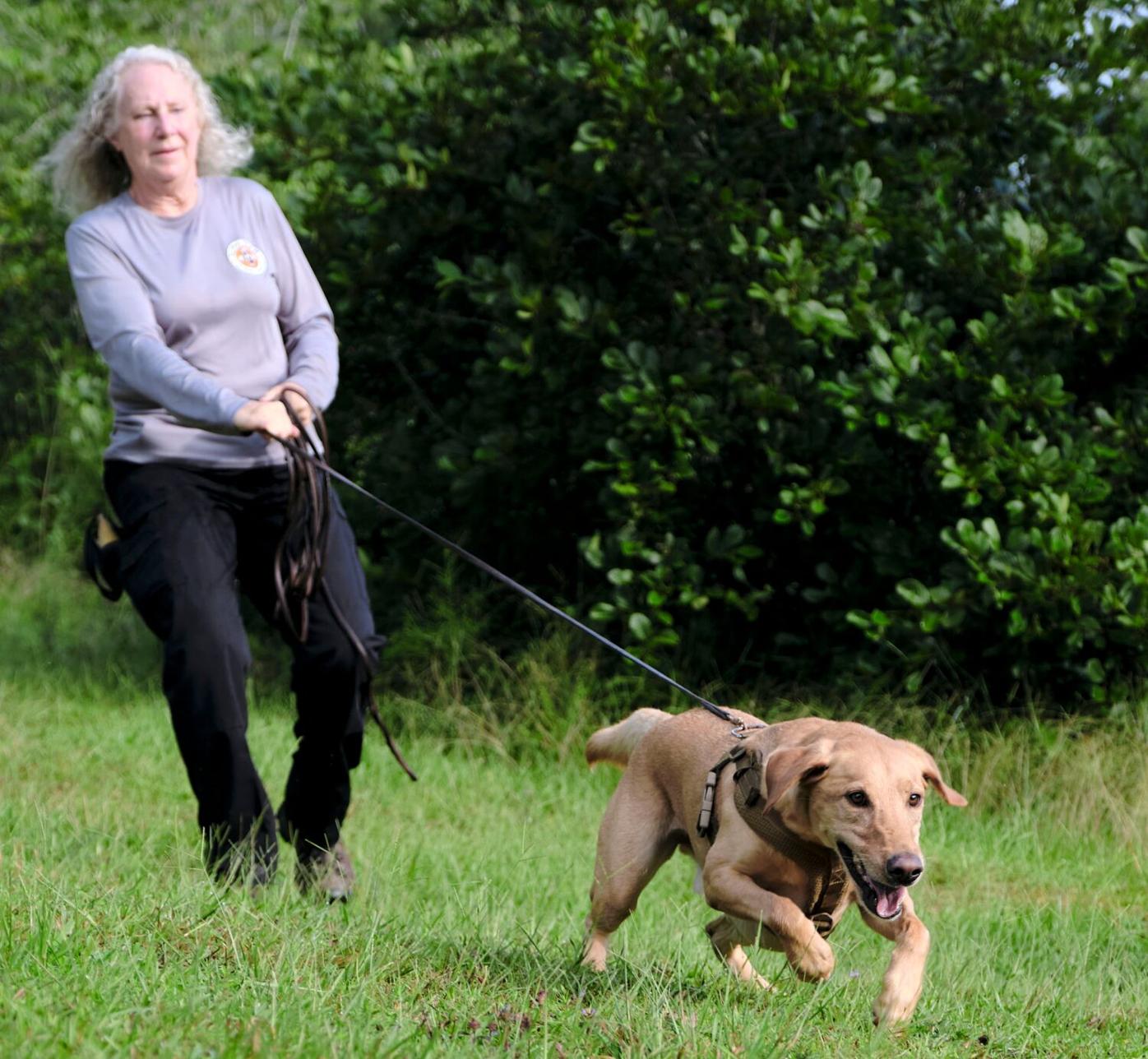 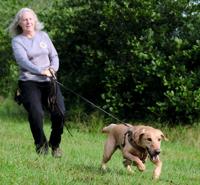 Alpha Team K9 Search and Rescue member Pam walks with her dog, Gibbs. The member’s last name was not released to protect her privacy.

Alpha Team K9 Search and Rescue member Jennifer walks with her dog, Ellie. The member’s last name was not released to protect her privacy.

Alpha Team K9 Search and Rescue member Sherri holds her dog, Sierra. The member’s last name was not released to protect her privacy.

Alpha Team K9 Search and Rescue member Gary with a drone named SPOT. The member’s last name was not released to protect his privacy.

Alpha Team K9 Search and Rescue member Pam walks with her dog, Gibbs. The member’s last name was not released to protect her privacy.

When a north or middle Georgia agency needs help locating a missing individual or human remains, they often call on Alpha Team K9 Search and Rescue to accomplish that mission.

Based in Brookhaven, the all-volunteer nonprofit has dogs that handle three types of searches: area search, where canines look for a missing person in a specific location; trailing, where dogs hunt for an individual based on where they were last spotted; and human remains detection, where cadaver dogs search for a body.

In all three cases, the dogs track down individuals or bodies using an item with that person’s scent on it, including clothing or even DNA swabbed from something they touched, and can do so both on land and in water.

Team members live all over metro Atlanta, including Bartow, Cobb, DeKalb, Douglas, Fulton, Gwinnett and Paulding counties, and will normally travel with their dogs no more than three hours away, said Joel Barrett, Alpha Team’s president and a Peachtree Corners resident.

He added it only responds to search-and-rescue requests from law enforcement or emergency management agencies, and if a family member of a missing person contacts them, they refer them to the local sheriff’s office or police department. Jurisdictions farther away, including neighboring states, use other search and rescue teams located closer to those areas.

Barrett is a certified man tracker, and the group also has a licensed drone operator to help with search-and-rescue missions. The team often works with several groups to help find an individual or human remains, including divers and state organizations such as the Georgia Department of Natural Resources.

Alpha Team was founded about 15 years ago, and Barrett joined it in 2009. The group has 20 regular team members and three probationary ones, plus 10 operational dogs and three dogs in training. The dogs include the German Shepherd, Belgian Malinois, bloodhound, Labrador retrievers and Boykin Spaniel breeds.

Though he doesn’t currently own a dog, Barrett got involved with Alpha Team because as a child through his mid-20s, he trained dogs with his mother. As president, Barrett handles the group’s administrative duties.

Part-time Alpharetta resident Hilary Nickerson and her dog Boogie, a Boykin Spaniel, have been involved with the team for four years. She even recently self-published a book, “Boogie on Down the Road,” about her dog and his role with Alpha Team. Nickerson said it took her and Boogie about three years to get certified and operational.

The average time dogs need to be fully trained is about two years, Barrett said, but some have done it in as little as 15 months. Nickerson said one dog recently completed its training in only nine months, though it was bought by its owner mainly for search-and-rescue purposes.

Barrett said the costs of buying a dog, training it (including seminars), having veterinary visits and then traveling to search-and-rescue sites can total up to $10,000 per dog, and Nickerson added it costs her about $1,000 a year.

Alpha Team does take donations and also gets grants to help with expenses, but asks not to be paid by the agencies or municipalities that call on them.

Lois Salter, the mayor of Berkeley Lake, a Gwinnett County city, said she called on Alpha Team earlier this year to help find a missing individual’s remains, which it did.

“We did give them some money but only because we let some of the folks in our city know they had come and helped without asking for any payment. People contributed several thousand dollars. People were so grateful to them.”

Nickerson and Barrett couldn’t discuss specific cases unless details were released to the public by the agencies that called upon them, but they talked about the ups and downs of their missions.

“When you go out and don’t find anyone or anything, that’s an awful feeling because you trust your dog and you’ve trained your dog right and to a high degree, but it’s still possible you’ve missed something,” Nickerson said. “You hate to think that happens, and sometimes the person (is) outside the search area, so there really was no chance.

Said Barrett, “We do all this out of the goodness of our hearts, but that is our paycheck. That’s how we get closure. That’s how we put the final pieces of the puzzle together. No matter the case, every time it’s different.

For more information on Alpha Team or to make a donation, visit www.atsar.org.

The Chamblee Police Department has cancelled a call for a missing man with health problems after he was found dead.

Have you seen this missing woman? If so, call the Atlanta Police

The Atlanta Police Department is seeking the public’s help in finding a woman who’s been missing since Nov. 5.

Woodstock ranked third best suburb to move to in the U.S.