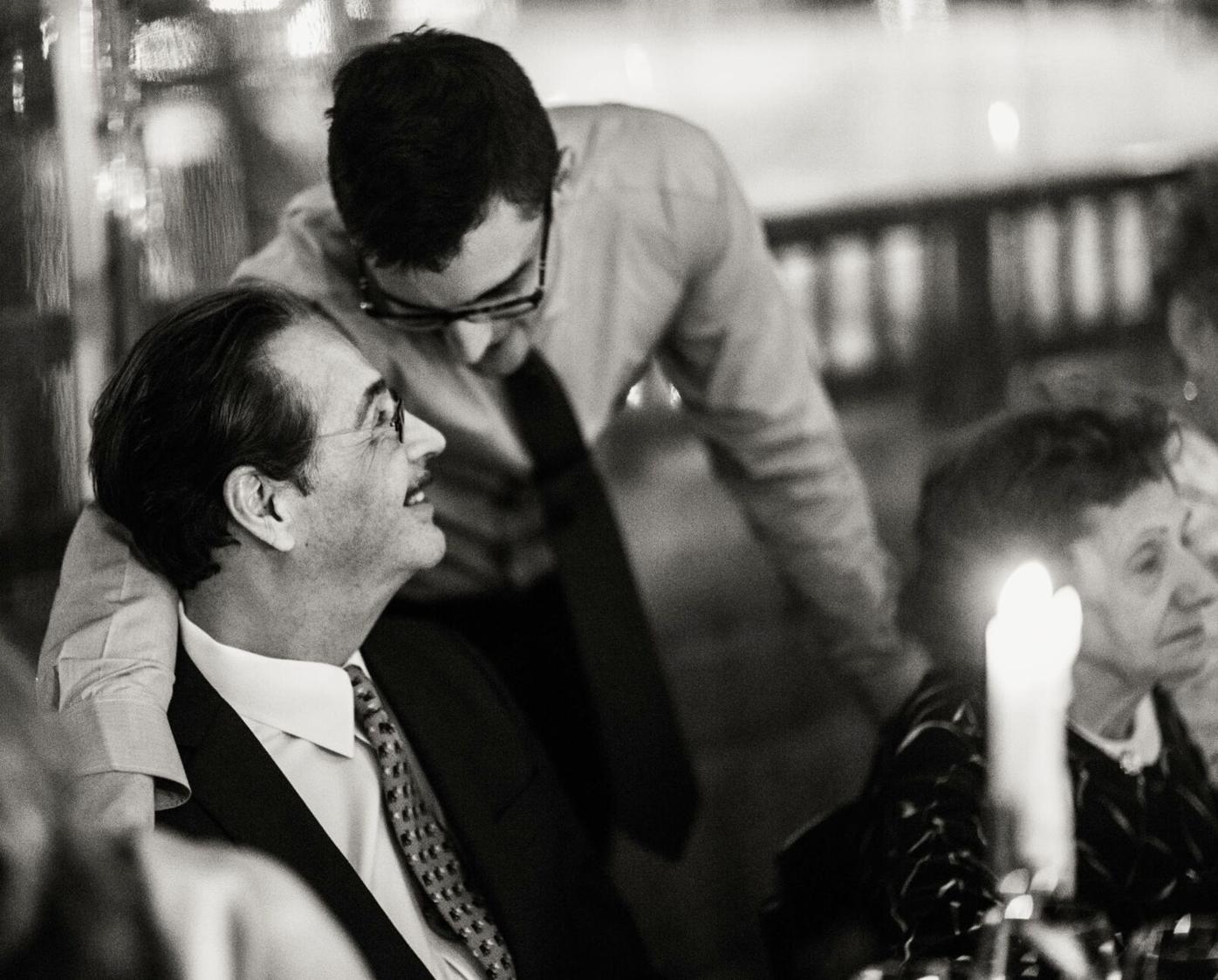 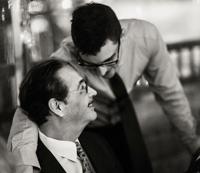 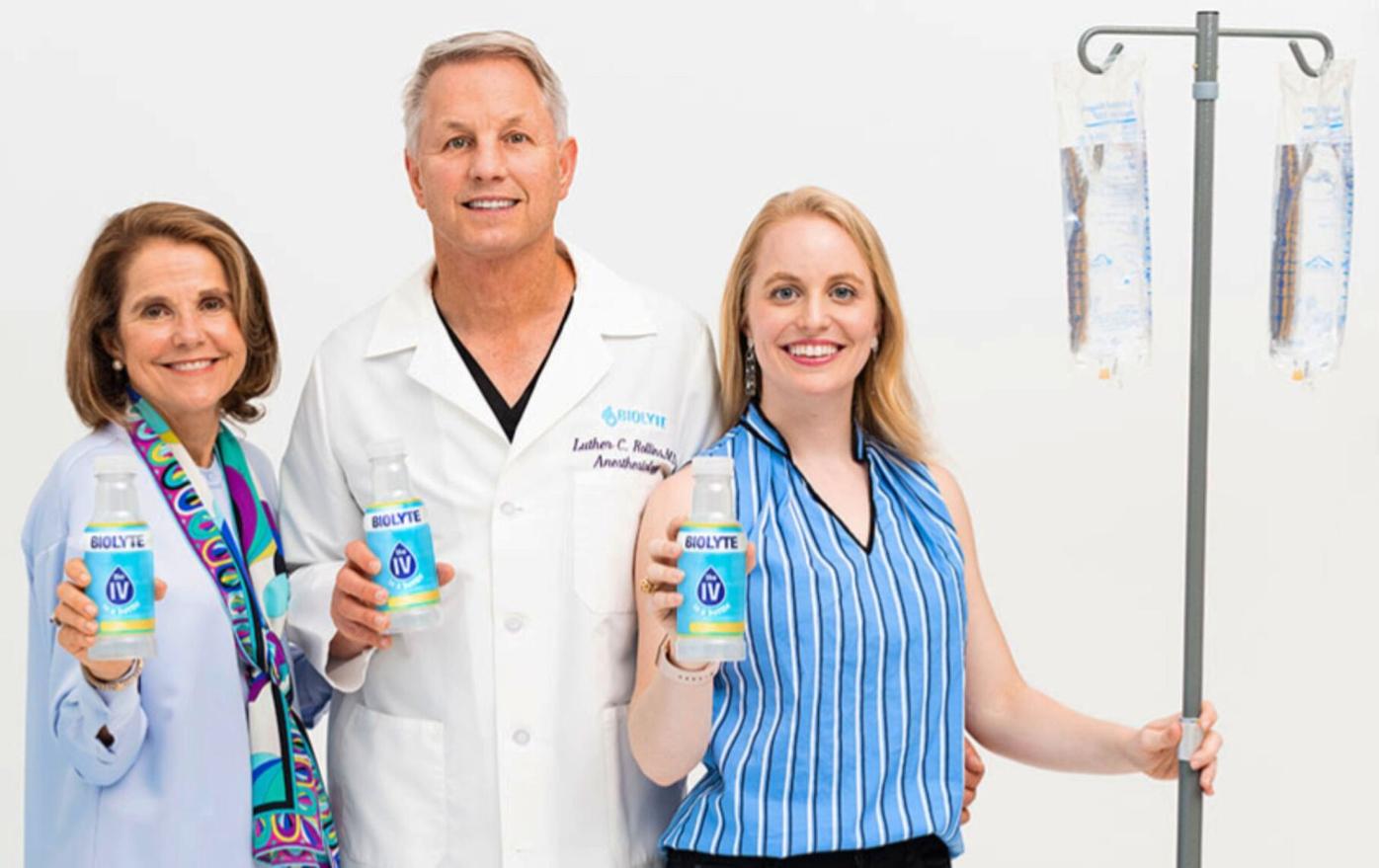 From left, Jeannine, Trey and Jesslyn Rollins hold bottles of Biolyte. Jeannine handles the company’s accounting, Trey is the drink’s inventor and Jesslyn is Biolyte’s CEO.

From left, Jeannine, Trey and Jesslyn Rollins hold bottles of Biolyte. Jeannine handles the company’s accounting, Trey is the drink’s inventor and Jesslyn is Biolyte’s CEO.

Federico Castellucci II dropped out of law school to help his father, Federico I, rebuild his Rhode Island pizza restaurant, Archie’s Tavern, after it was destroyed in a fire.

Since then he moved to Atlanta in the 1990s, opened his own restaurants, The Roasted Garlic, which have since closed, and mentored his children as they joined the business and started the Castellucci Hospitality Group, which today owns six restaurants in DeKalb and Fulton counties.

“(Our) restaurants have all these pictures in them. They’re all pictures of my family,” said Federico II, who lives in Johns Creek and manages the group’s Sugo restaurant in that city. “Every morning I reflect. It’s not just Father’s Day. I reflect on the relationship I had with my father and how much we went through, standing at the pizza ovens at 1 o’clock in the morning with towels around our necks and sweating so much.

“Looking back, it was a good thing. Maybe it didn’t seem that way at the time. I guess it’s just reflection. But then again, the older you get, the more you reflect back.”

Federico II is one of four individuals in family businesses the Neighbor interviewed about Father’s Day, which is June 21. His oldest son, President/CEO Federico “Fred” Castellucci III, co-founded the group in 2010 with siblings Stephanie, vice president and director of human resources, and John, executive chef at Cooks & Soldiers restaurant in west Midtown.

Fred, who lives in Atlanta’s Morningside community, has two children of his own.

“I’ve been on both sides of it now,” he said, “so at the end of the day, I have a lot of positive memories of my dad and him setting a really great example for us about hard work and entrepreneurship and perseverance.”

In 2016 Dr. Luther “Trey” Rollins, an anesthesiologist, and his daughter, Jesslyn Rollins, both Buckhead residents, co-founded Biolyte, a company that makes the eponymous drink Trey invented that quickly replenishes the body’s electrolytes and is nicknamed “The IV in a bottle.”

“Father’s Day to me means the hope to see my daughters and their spouses and grandchildren,” Trey said. “This is not always possible. But hope springs eternal. Working with the children was the easiest first step. It has grown from there as they have exceeded my expectations.”

Jesslyn, Biolyte’s CEO, added Father’s Day “means heading up to the farm to celebrate the man, the myth, the legend himself. It means Williamson Bros. Bar-B-Q for lunch and Tecali Grille for dinner – all of his favorite spots in Canton, GA.”

The Rollinses and Castelluccis said they’ve tried to be more professional and less personal as they’ve navigated the ins and outs of working with family members.

“This has truly been a learn-on-the-job experience for all of us,” Trey said. “You have to set aside the family issues and focus on the business aspect. Partnering with the right people who bring necessary skills and perspectives has also facilitated the proper focus on business and not family dynamics.”

Jesslyn added, “The way I’ve handled our working dynamic is being honest and vocal. Dad and I have run into issues where he would still treat me like his ‘little baby Jessie Bear’ in the working environment. I knew it would cause internal problems if he didn’t treat/see me differently when I was on the clock. Once I expressed this feeling, he understood.

“He has seen me one way for 29 years and has only had one year of me being CEO – it’s hard to see one person two completely different ways – especially if they are your child. It takes time for your mind to get used to that.”

Federico II said since his father “was excitable,” he wanted to take a calm approach to mentoring Fred and his other children as they entered the family business after college, letting them learn through trial and error.

“You have your son, you gave him this title and you gave him the keys to get something started and have him take the wheel,” he said. “You knew it was difficult and you make it clear there are no mistakes. There’s no me yelling at you because you made a mistake. That to me is the basis of it all. Every time something happens, if it doesn’t work out, you move on and try something else.”

When Fred graduated from college in 2007, returned home and started to build the new company, he said only one restaurant remained and his family was broke.

“For us … there were challenging moments for sure,” he said. “There were times when we really disagreed on things, but we always kind of had our North Star, and this is with all of our businesses and this is the kind of culture we try to intimate to our people. It’s all about the guest at the end of the day. Doing what’s best for the customer is the best thing. We all have a different kind of approach, but we all focus on that. …

“There’s was never a time where he wanted to usurp my role. That relates to my siblings as well, and they have their own areas of business where they have their own autonomy. We don’t get too much in each other’s way. It just makes for a much easier working relationship.”

Most dads aren’t going to tell you what they want for Father’s Day, but the best gifts are a combination of useful, personal and most importantly, fun. Give him something that he’ll actually use but also lets him know that you are tuned into his interests. We’ve rounded up the best gifts for dad from a truffle-infused hot sauce that will make his burgers sing, to sunglasses that will give him ...

A year after all local July 4 in-person events were cancelled due to the COVID-19 pandemic, Independence Day celebrations, including fireworks…

Paul Nair said he doesn’t plan to reinvent the gas station/convenience store concept but does aim to “enhance” it with his latest business, Ur…