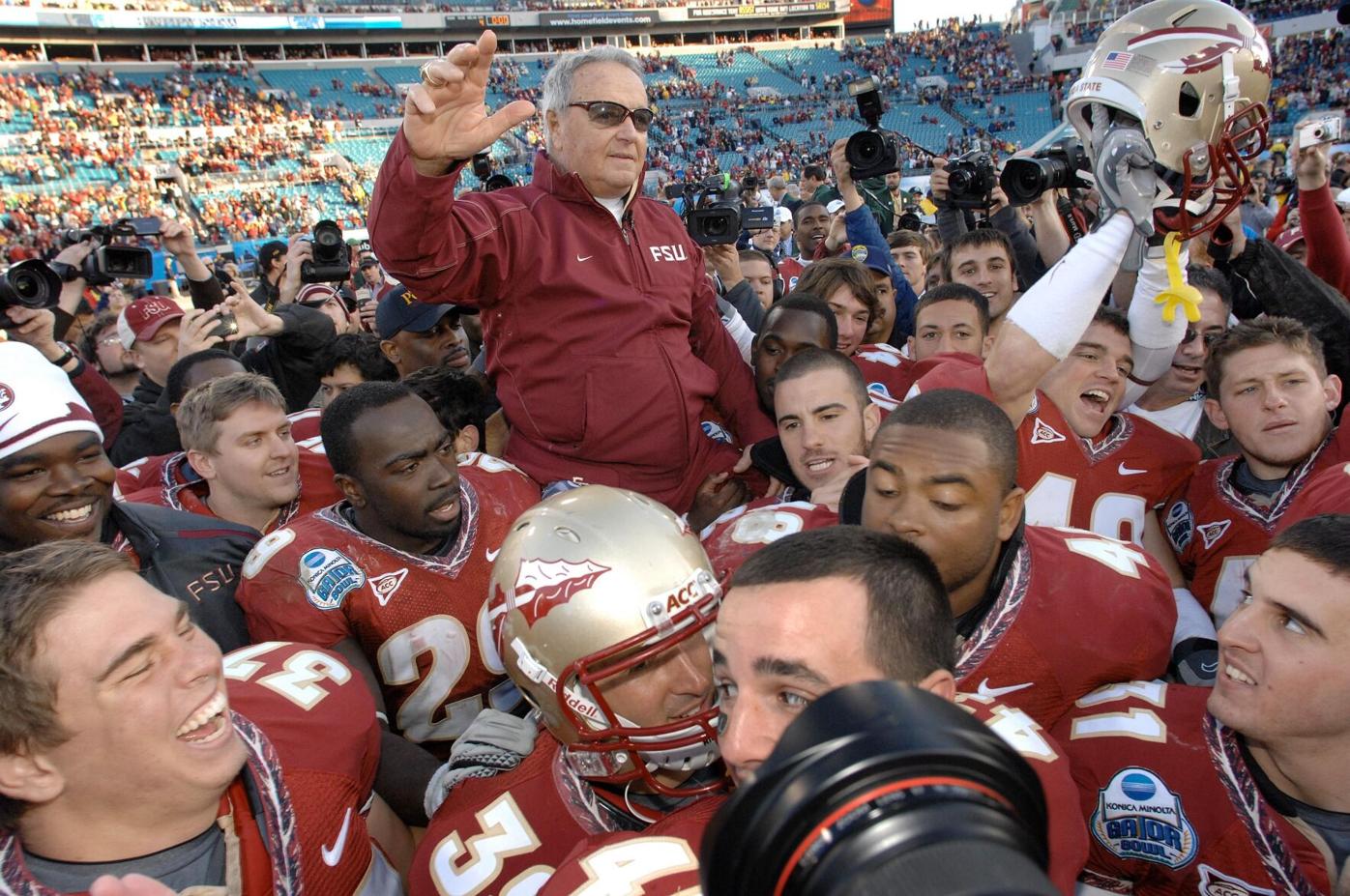 Florida State coach Bobby Bowden is carried from the field after the Seminoles beat West Virginia in 2010 TaxSlayer Gator Bowl, his final game as the FSU coach. [Bob Self/The Times-Union 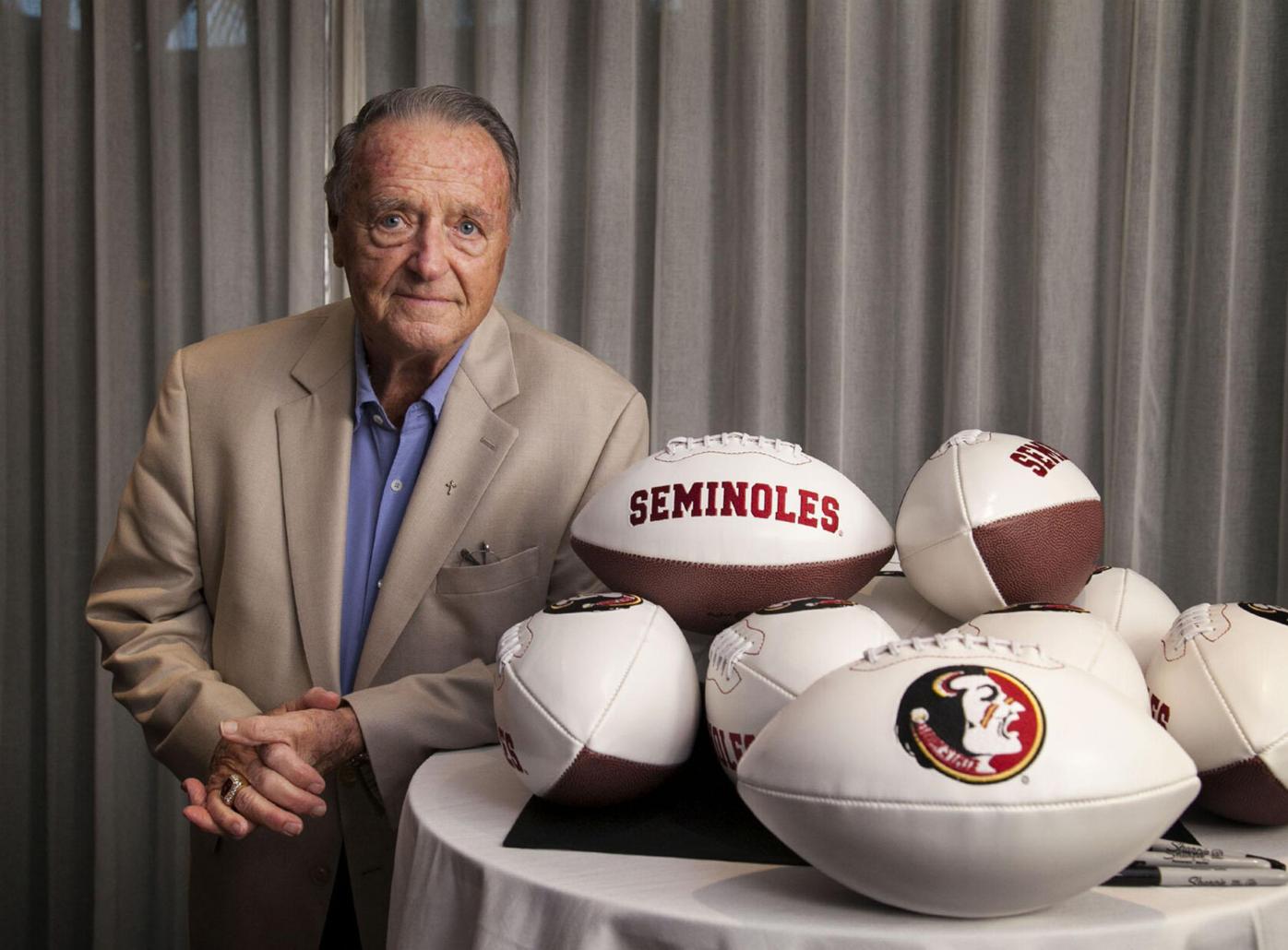 Bobby Bowden, who won 315 games over an illustrious 34-year tenure at Florida State, said he is ‘at peace’ after being diagnosed with a terminal illness. 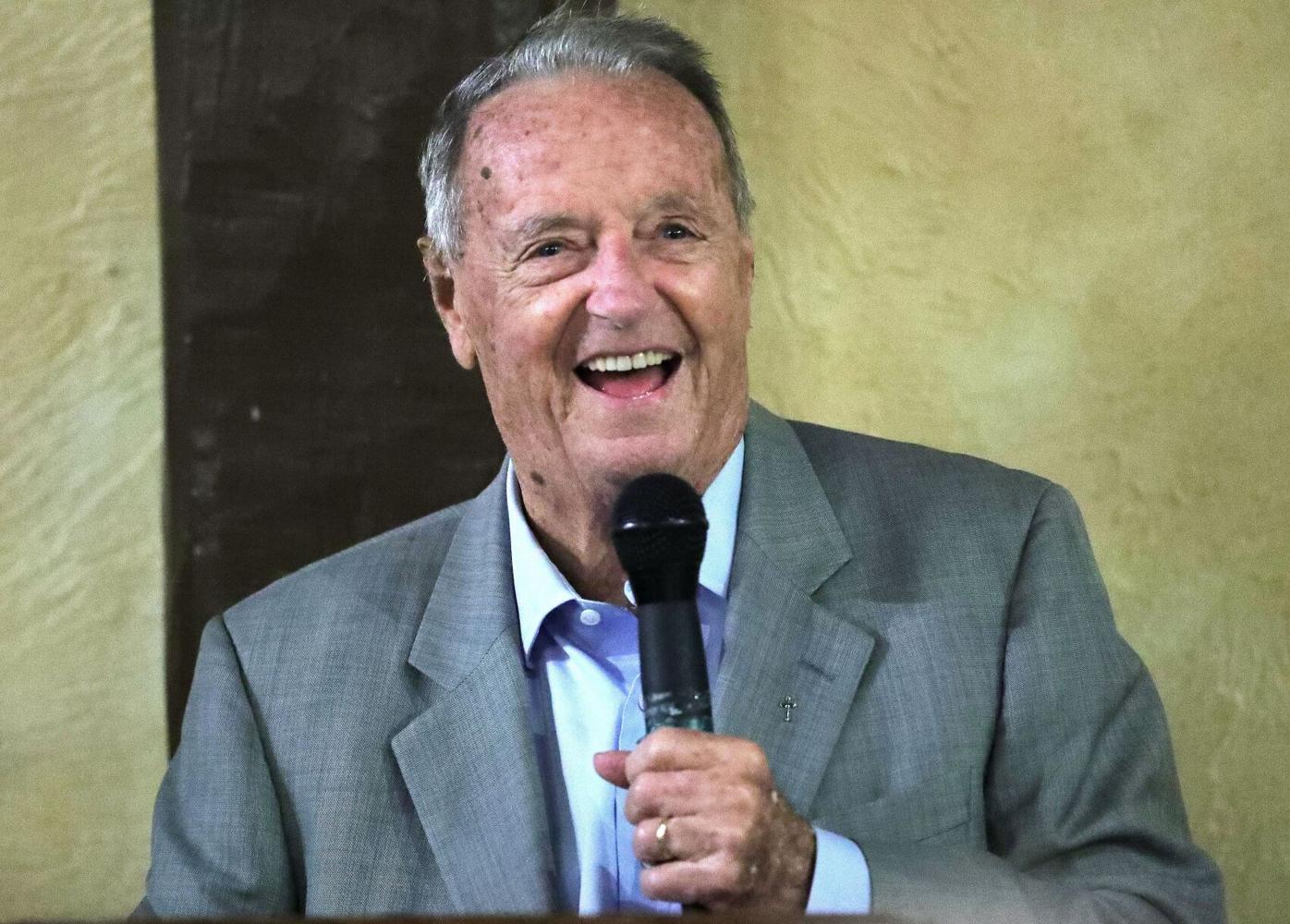 One day after Bobby Bowden, above, and his family announced he was suffering from a terminal illness, son Terry Bowden said his father had been diagnosed with pancreatic cancer.

Florida State coach Bobby Bowden is carried from the field after the Seminoles beat West Virginia in 2010 TaxSlayer Gator Bowl, his final game as the FSU coach. [Bob Self/The Times-Union

Bobby Bowden, who won 315 games over an illustrious 34-year tenure at Florida State, said he is ‘at peace’ after being diagnosed with a terminal illness.

One day after Bobby Bowden, above, and his family announced he was suffering from a terminal illness, son Terry Bowden said his father had been diagnosed with pancreatic cancer.

Florida State’s legendary football coach, Bobby Bowden — who turns 92 in November — his wife, Ann, and their family announced Wednesday that Bowden has been diagnosed with a terminal medical condition.

“I’ve always tried to serve God’s purpose for my life, on and off the field, and I am prepared for what is to come,” Bowden said in a statement shared with the Tallahassee Democrat. “My wife Ann and our family have been life’s greatest blessing.

The family also asked for privacy as Bowden deals with his health.

He was inducted into the College Football Hall of Fame in 2006.

“Praying for Coach Bowden and his entire family! Incredible man who is loved by so many and the Nole Family is with him,” Norvell posted on his Twitter account.

“Coach Bowden built a football dynasty and raised the national profile of Florida State University, and he did it with dignity, class and a sense of humor. Although his accomplishments on the field are unmatched, his legacy will go far beyond football,” FSU President John Thrasher said in a statement. “His faith and family have always come first, and he is an incredible role model for his players and fans alike. He is beloved by the FSU family.”

“He’s one of my coaching heroes,” said Cutcliffe, who is starting his 15th season with the Blue Devils. “I know many, many, many of his players they attribute a lot of what’s right in their lives to him. I think in a time when a lot is changing in the landscape of college football, celebrate Bobby Bowden and what he brought to so many young people and young coaches.”

Cutcliffe said one of his greatest memories is sitting in that tower at FSU watching practice with Bowden.

“First of all, he’s a tremendous person, just a great person and a great example as far as a person and has a tremendous family,” Leach said during SEC Media Days in Hoover, Alabama. “But Coach Bowden has been an example to all of us. He’s one of those guys that made us all want to coach when we were younger, made it exciting. Coach Bowden threw the ball before most people were inclined to.

“When I was young, in high school, junior high, I used to watch his teams because they’re a team that was liable to upset teams ahead of them, and that’s as they started throwing the ball around, became more and more explosive.”

As an assistant coach at Valdosta State, Leach would take trips to visit Bowden and watch FSU’s practices.

“By the time I got to Valdosta State, they were the top of the country and had the opportunity to go down and watch them practice numerous times because they were close to Valdosta,” said Leach. “He’s just a tremendous guy, and I don’t think the game would be the same without him.”