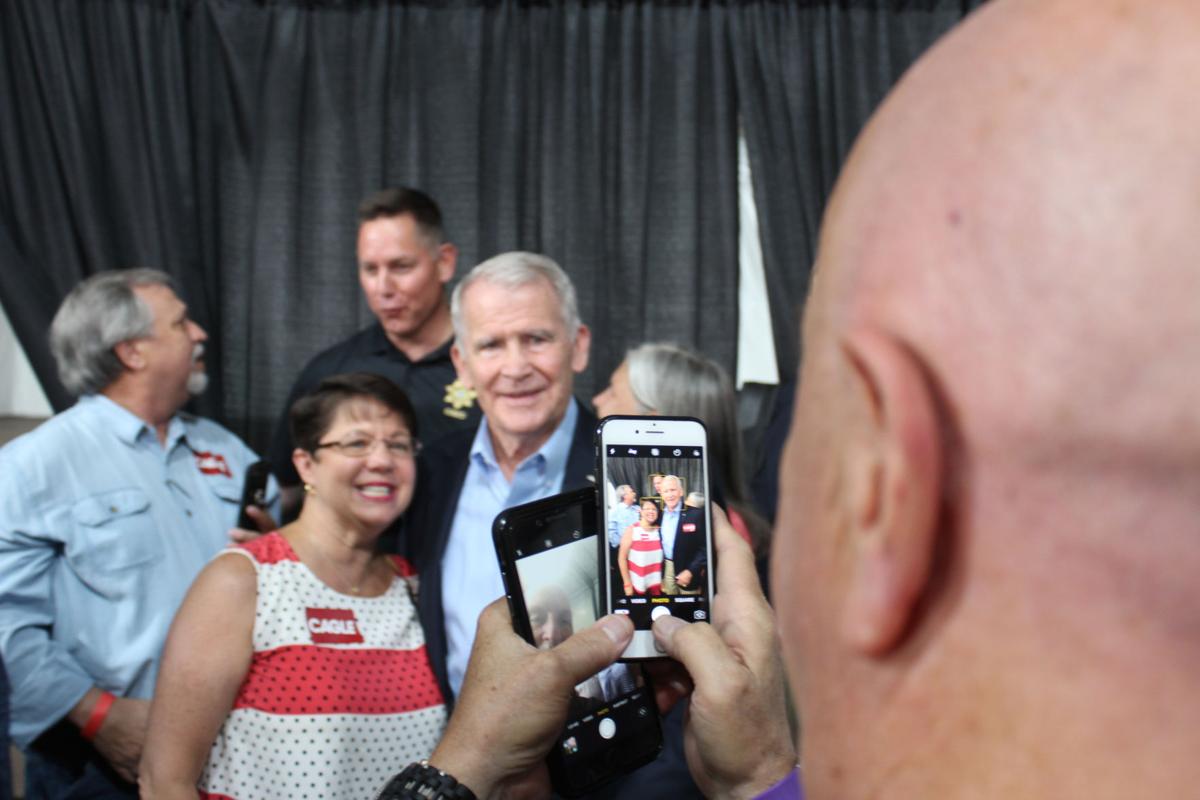 Supporters crowded North asking for photos and autographs as he left the podium after his speech. 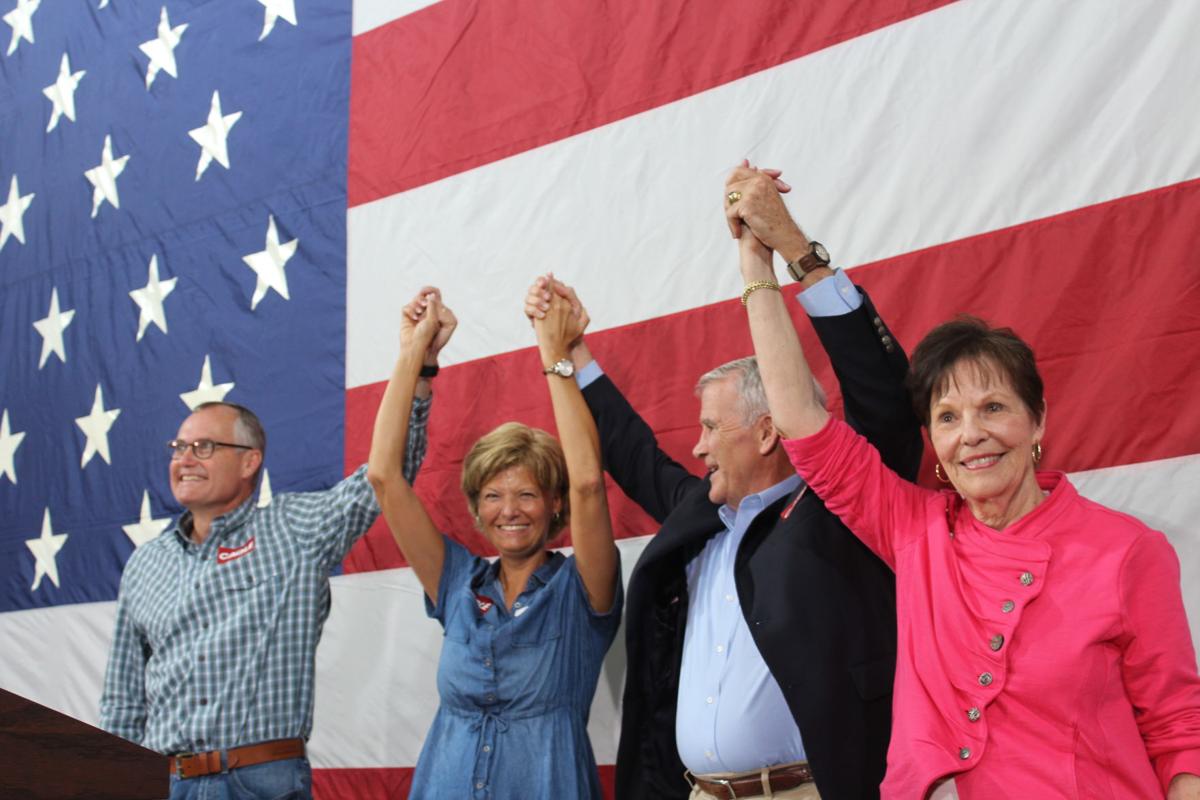 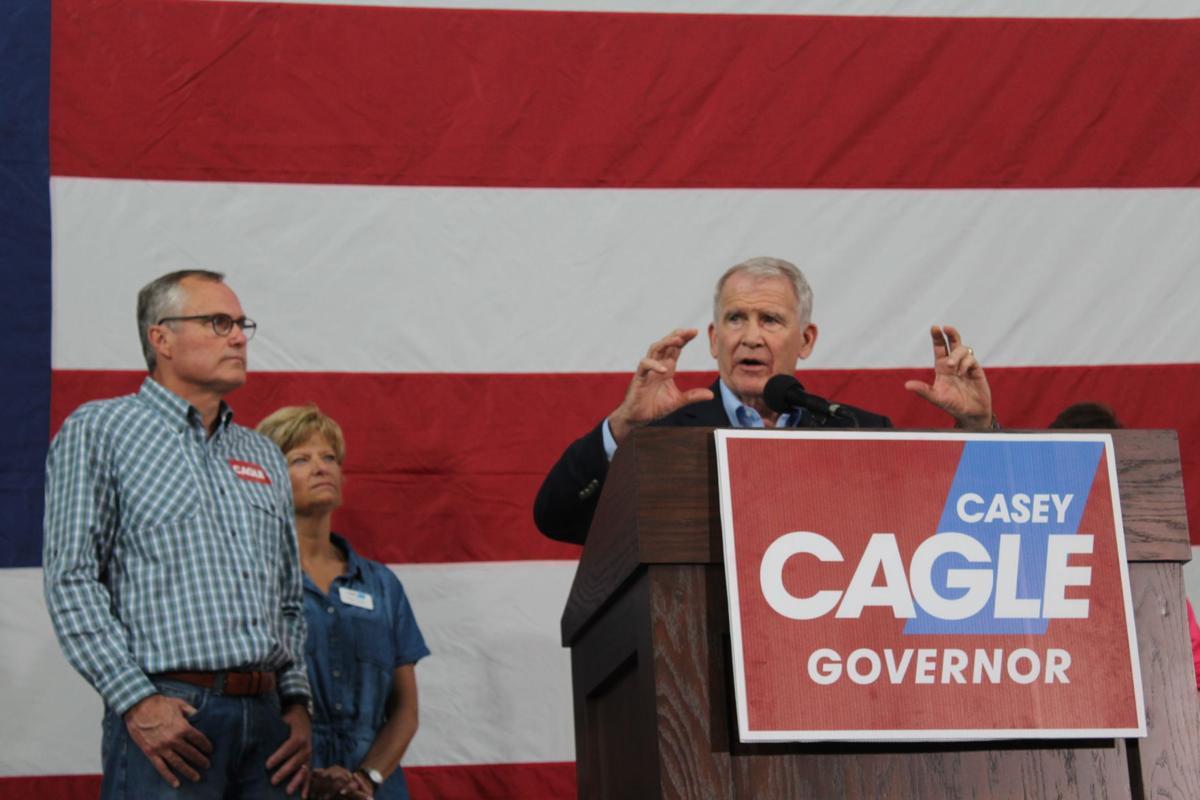 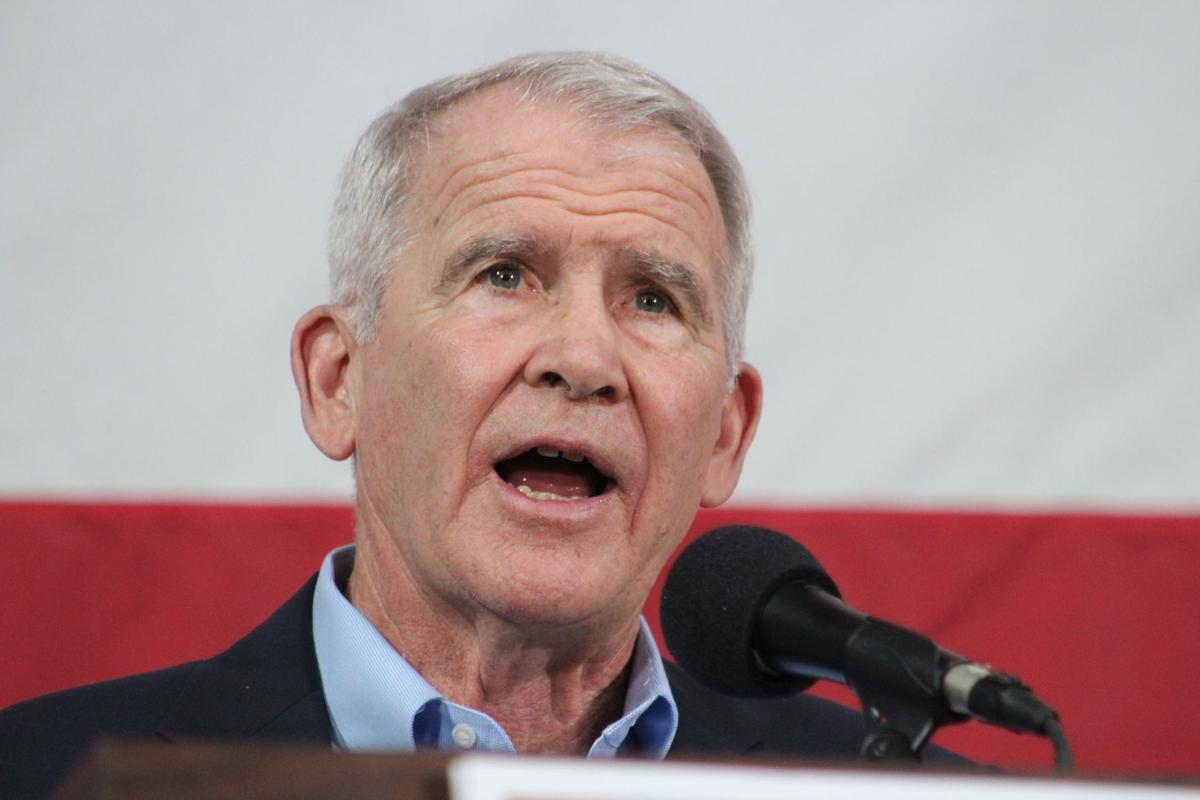 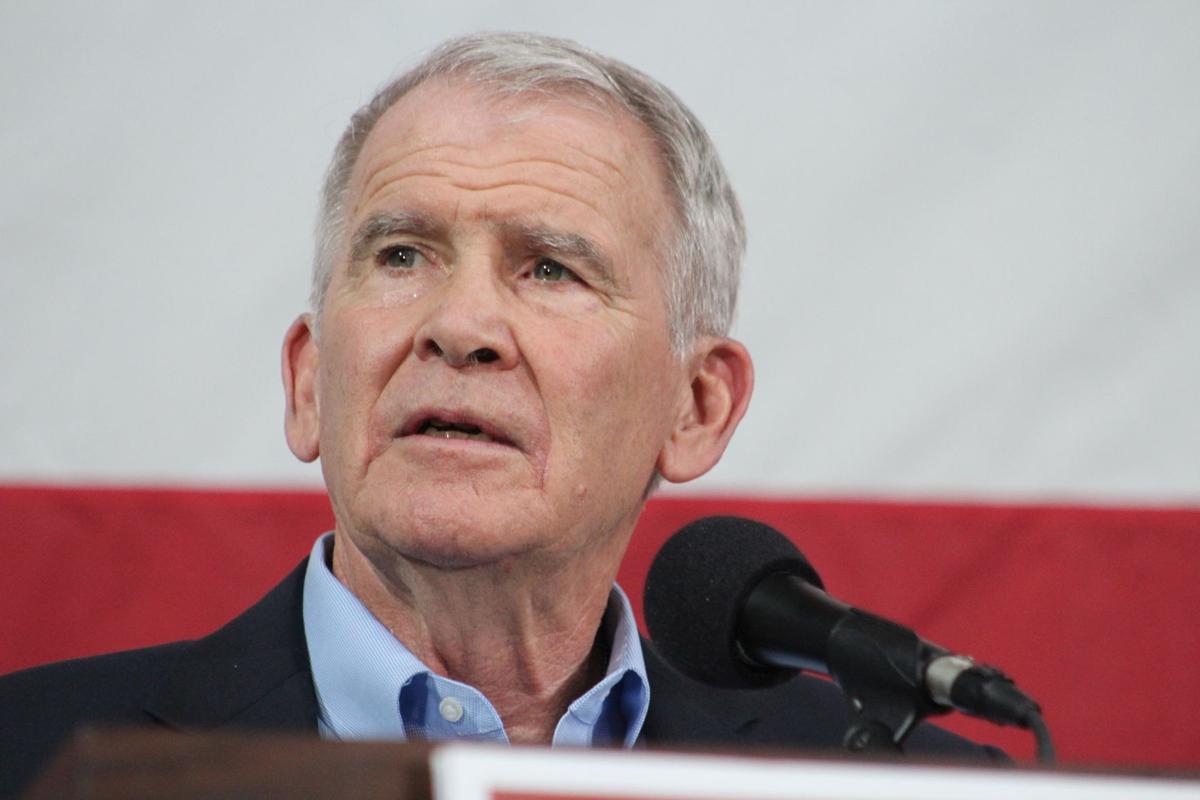 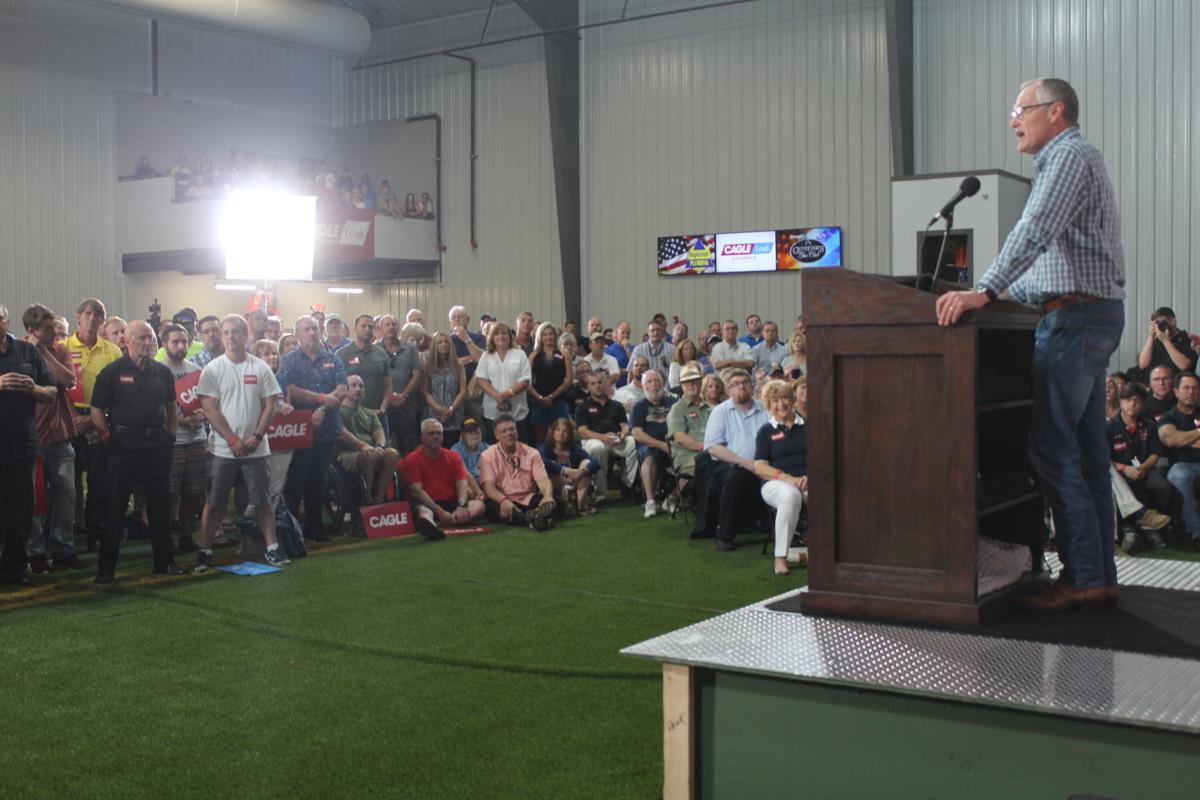 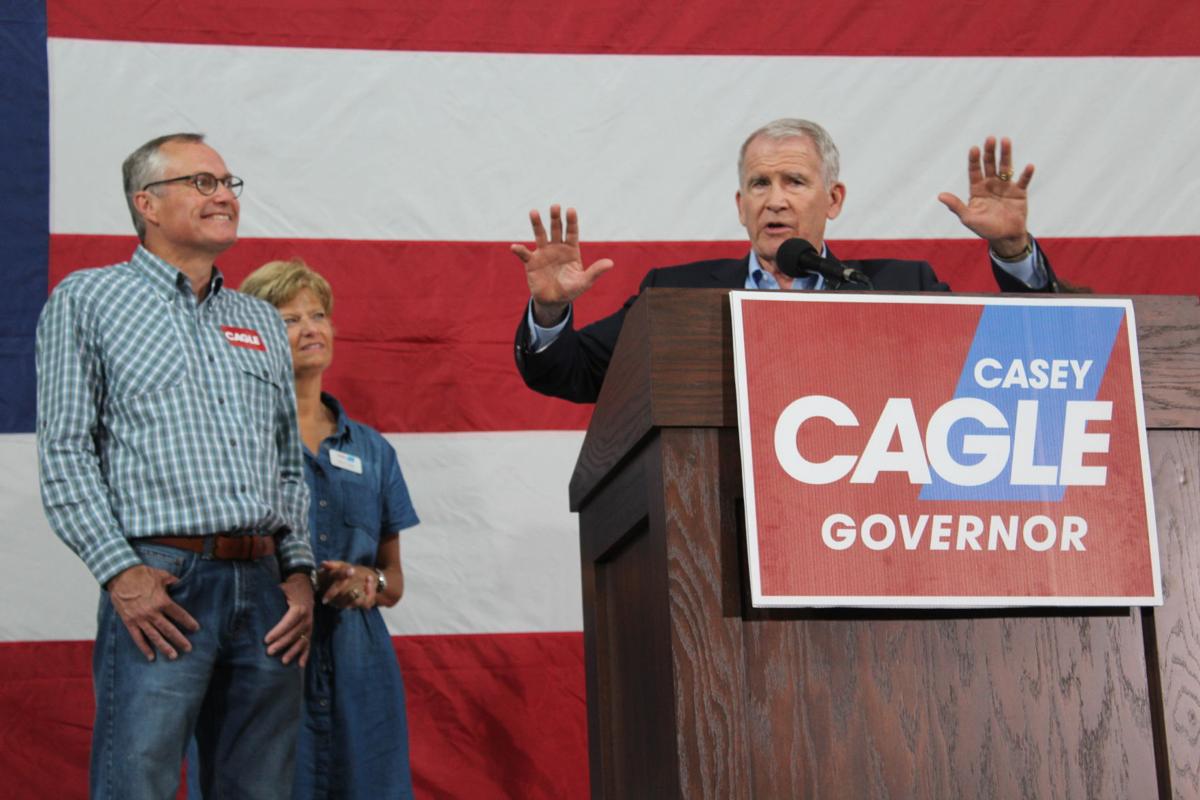 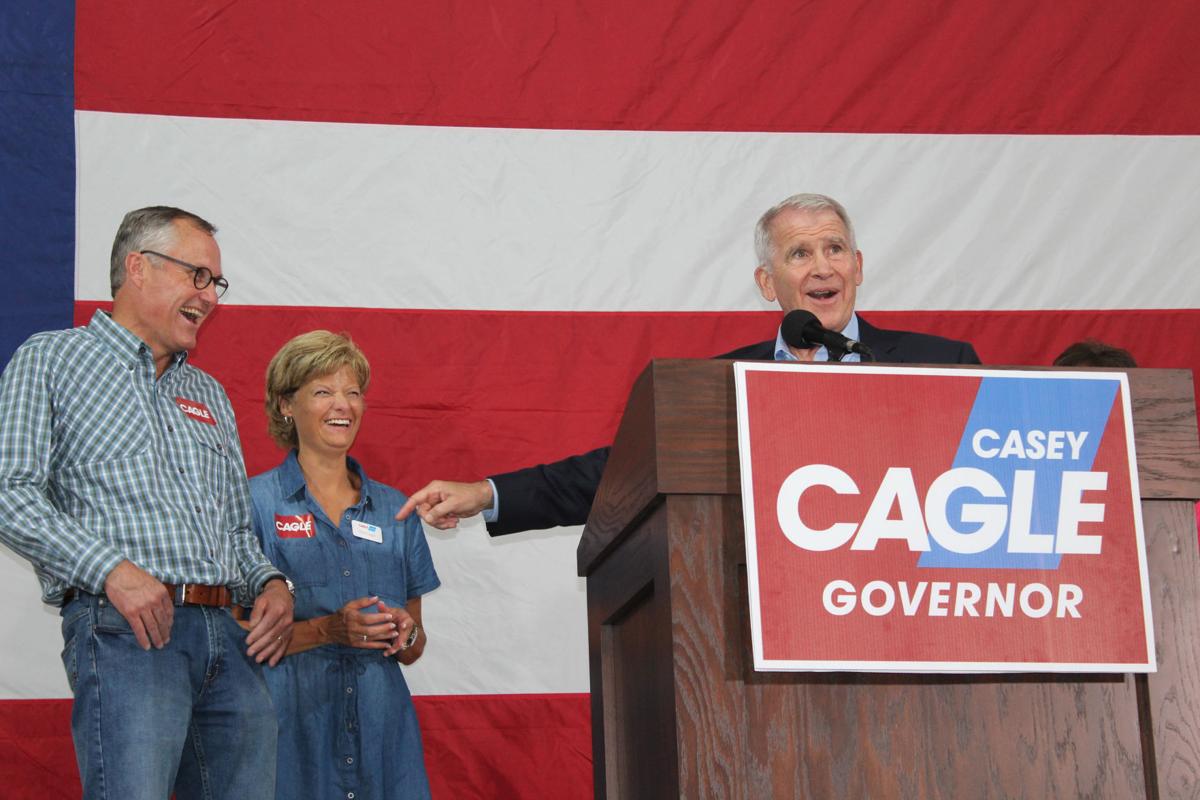 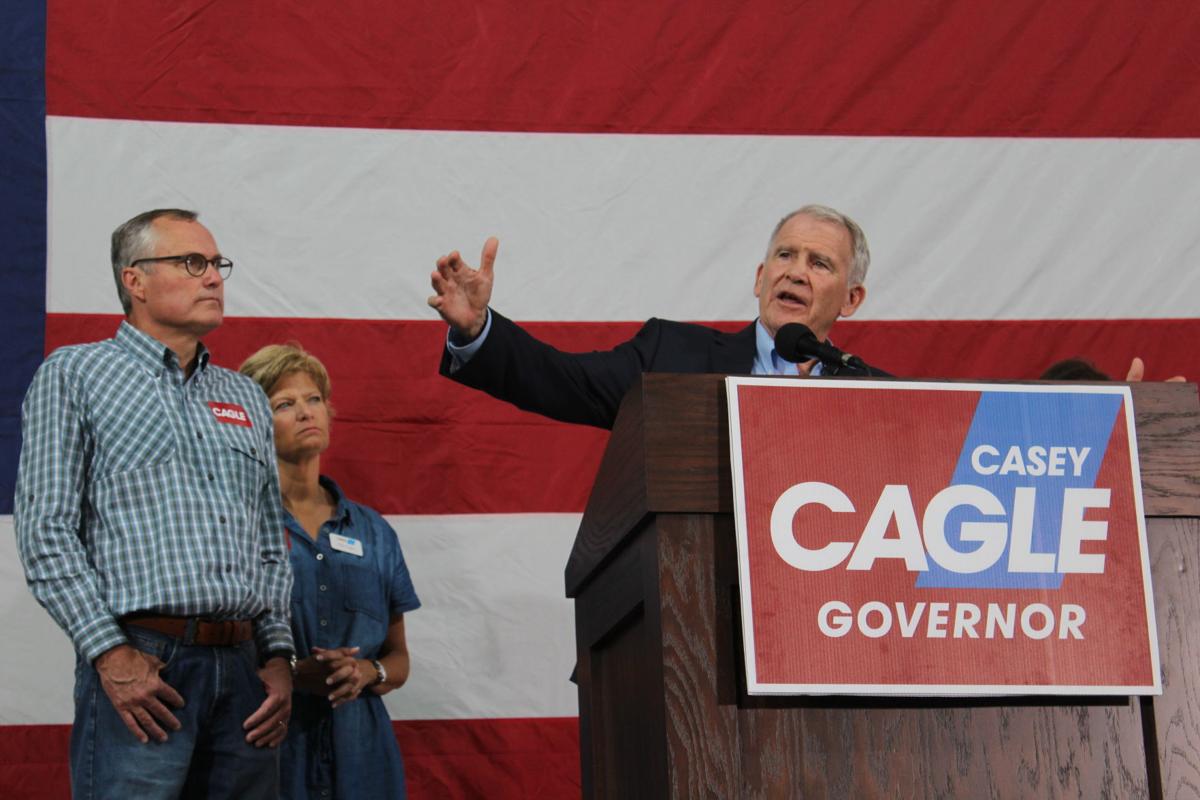 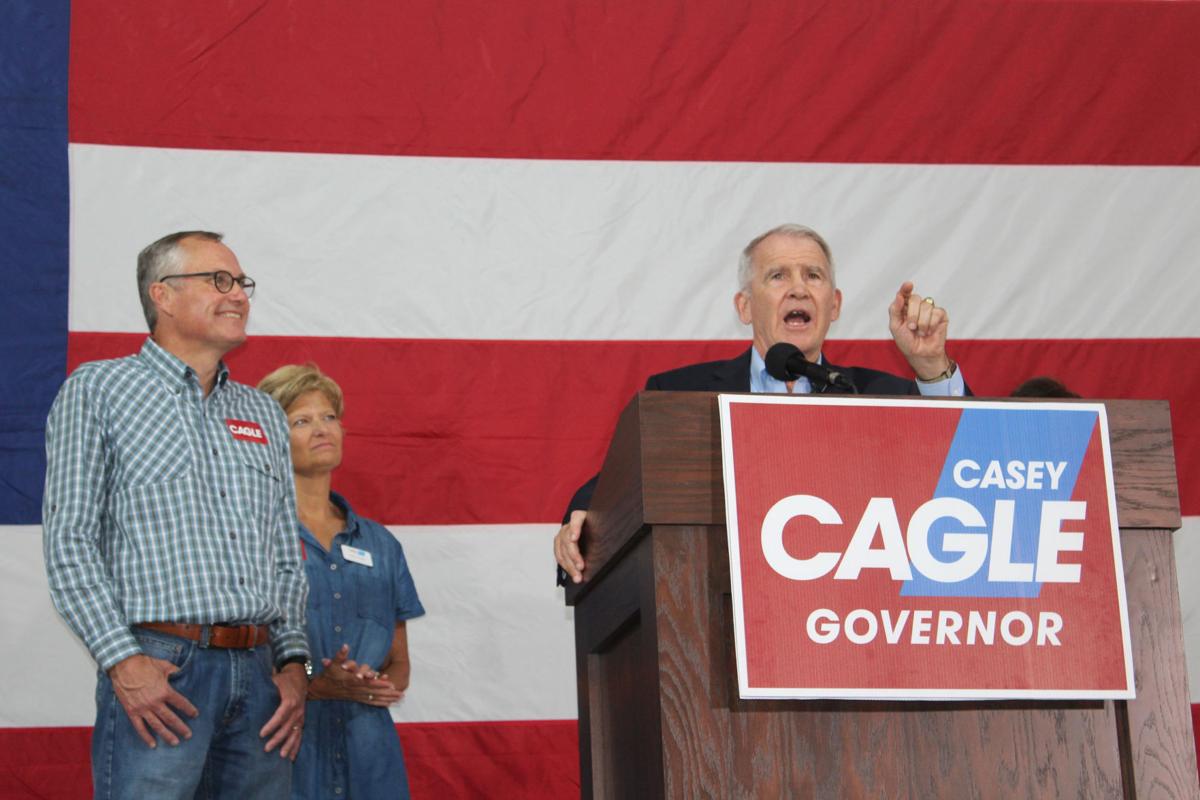 Supporters crowded North asking for photos and autographs as he left the podium after his speech.

KENNESAW — Retired Marine Corps Lt. Col. Oliver North, the incoming president of the National Rifle Association, got a rock star’s welcome when he showed up to the Governors Gun Club in Kennesaw Saturday.

The conservative political commentator, who became a household name for his role in the Iran–Contra affair, and who has hosted “War Stories” on Fox News, stopped by the shooting spot to stump for Lt. Gov. Casey Cagle, one of two Republicans hoping to win their party’s nomination for governor in the July 24 run-off election.

North said he has big plans for the NRA, including doubling its membership.

But most of North’s speech was spent lavishing praise on Cagle, who made national headlines earlier this year for taking the NRA’s side in a squabble with Delta Air Lines.

Delta announced it would stop offering discounts to NRA members after the Parkland, Florida school shooting. In retaliation, Cagle threatened to kill a $40 million tax break for Delta. That tax break was subsequently eliminated.

“He stood with the NRA when we were under attack by the far left, who pressured various corporations to sever ties with millions, actually, almost six million NRA members,” North said. “And thanks to the (dedication) of Lt. Gov. Cagle, one of those corporations paid $40 million for the opportunity to blame law-abiding gun owners for the acts of deranged criminals.”

Interim NRA President Carolyn Meadows, an east Cobb resident, said that was part of the reason the organization decided to endorse Cagle.

“When a certain airline tried to bully those of us who are NRA members, he stepped up to the plate and said ‘No, that’s not going to happen,’” she said.

North said he likes Cagle so much, he named his bird dog Casey in his honor.

Both Cagle and his Republican opponent, Secretary of State Brian Kemp, have courted the NRA during the campaign, and the endorsement of the organization’s incoming president is a big get for Cagle.

Several in the crowd said they came to the Cagle rally to see North.

“I’m very excited about what North can do,” Fox said. “He’s got a big name, so he can pull in some donations. And he’s got instant recognition, he’s going to appeal to a lot of conservative voters, certainly. I think he’s a plus for us. I’d have liked to have seen Charlton Heston myself. But this guy, he’s got the real stuff too. I’ve been watching him on TV for years. I remember the Iran-Contra thing, right? That’s always in the back of your mind, where he said ‘If the president said to stand on my head in the corner, I would do that.’ He’s got that kind of believability to him.”

If Cagle was hoping North’s endorsement would entice swing Republicans to come to his camp, he may have found success with Fox, who said he was on the fence before the rally, but left holding a Cagle sign.

“Coming here, how can you say no? I didn’t hear anything wrong. He pulled all my bells and whistles,” said Fox, who added that he still plans to look into Kemp.

“I enjoyed it very much,” she said after the rally. “I think he made some very good points… He will make a good representative of the NRA, he’s certainly been involved with arms all his adult life. I thought he came across well, and people listened to him.”

“I thought he was a dynamic speaker,” Morgan said. “I think that, of course, he’s got a great history of service to our country, and I believe he has a great vision how to take the NRA into the future.”

After the meeting, members of the crowd swarmed North with books for signing and phones for selfies.

Amidst the noise of the crowd, North answered a couple shouted questions from the MDJ.

His top priority as NRA head:

“Making sure that we keep the second Amendment, that’s the No. 1 priority, and then doubling the size,” he said.

His biggest obstacle in doing that:

“Most of our colleagues in the media,” he said. “Probably the guys from New York that are dumping $80 million-plus in this campaign. What they apparently don’t understand is they got a lot of money, we got a lot of people. We’ve got six million now, and my goal is to double it. Tell that to Mr. (Michael) Bloomberg for me.”

'A huge asset to our city': Smyrna's Brian Marcos named Chief Fire Officer of the Year