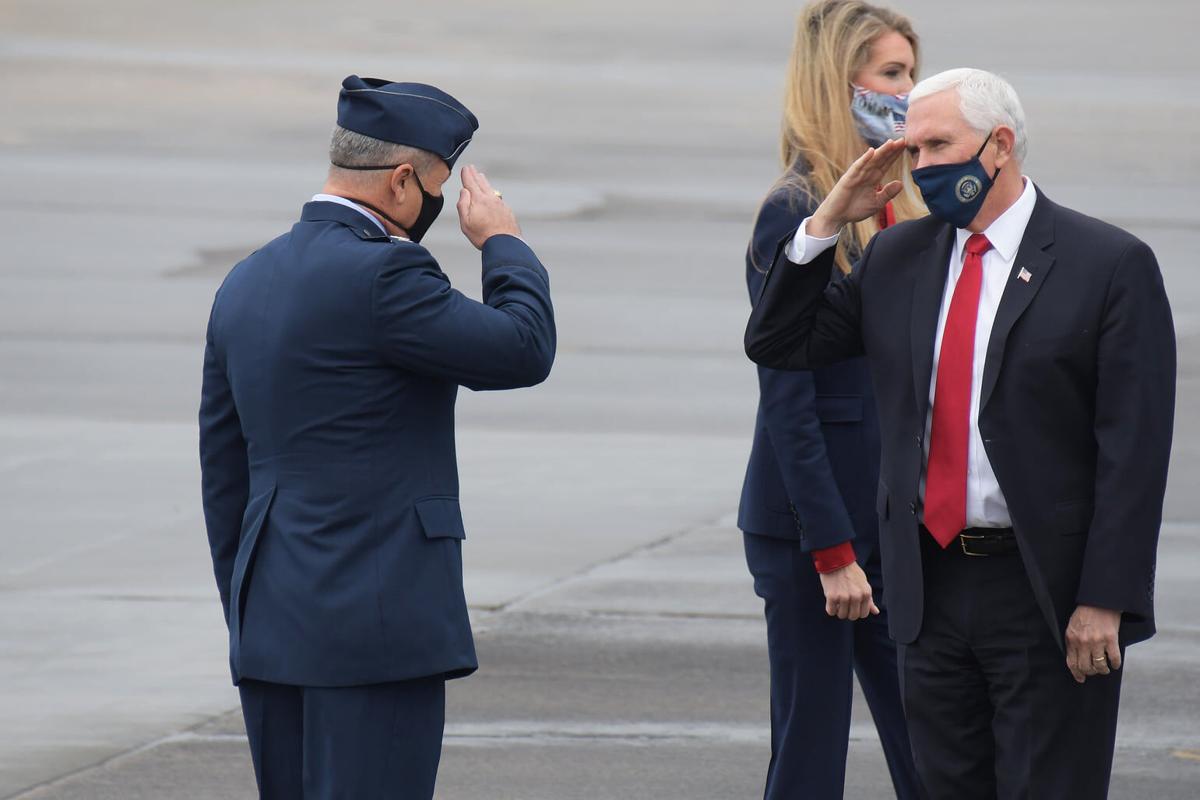 Vice President Mike Pence landed at Dobbins Friday on his way to attend a meeting at the CDC in Atlanta. He was greeted by Sens. David Perdue and Kelly Loeffler as well as Col. McPike, 94th Airlift Wing commander. 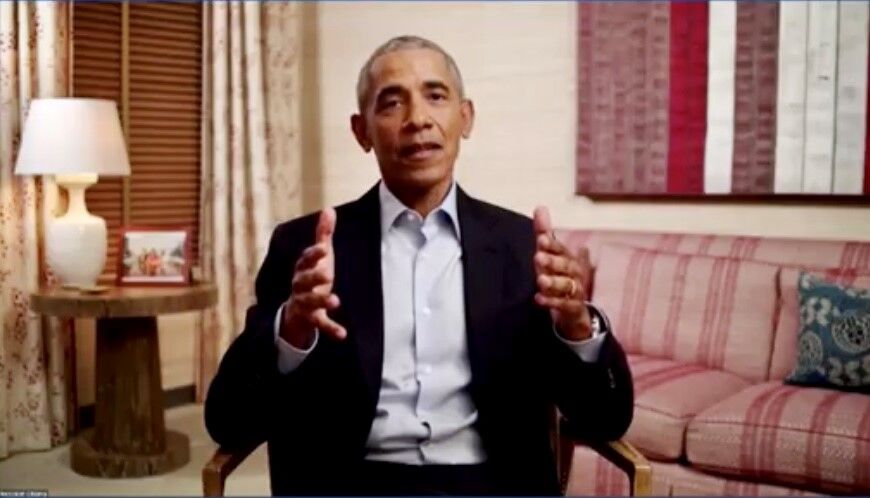 Vice President Mike Pence landed at Dobbins Friday on his way to attend a meeting at the CDC in Atlanta. He was greeted by Sens. David Perdue and Kelly Loeffler as well as Col. McPike, 94th Airlift Wing commander.

At the same time, Vice President Mike Pence stopped in Savannah to galvanize support for the state’s Republican senators amid divisive doubt among conservatives over the presidential election and lingering fraud claims.

Friday’s virtual rally was the first Georgia stop for Obama since the state swung its votes to President-elect Joe Biden, who is poised to be the first Democratic candidate to win Georgia since 1992. A second recount completed on Friday showed Biden carried the state over President Donald Trump by 11,773 votes.

The former president highlighted Georgia’s importance for the upcoming Biden administration’s effectiveness, as victories for both Democratic candidates Jon Ossoff and the Rev. Raphael Warnock would give Democrats control of Congress and the White House.

“The problem with doing such a good job is folks come back and ask you to do so more,” Obama said.

“You are once again the center of our civic universe because the (runoff) election in Georgia is going to determine, ultimately, the course of the Biden presidency and whether Joe Biden and (Vice President-elect) Kamala Harris can deliver legislatively all the commitments they’ve made.”

Pence made similar pleas to batten down the GOP hatches in Savannah, where he rallied conservatives to resist growing calls to skip out on voting for Republican Sens. David Perdue and Kelly Loeffler as fraud claims stemming from the Nov. 3 election continue sowing distrust.

The vice president’s visit came days after a Trump-allied attorney suing to overturn Georgia’s election results urged hundreds of conservatives in metro Atlanta to boycott the runoffs unless state election officials order an audit of absentee-ballot signatures, which they are unlikely to do.

“I know we’ve all got our doubts about the last election,” Pence said Friday. “And I actually hear some people say, ‘Just don’t vote.’”

“My fellow Americans, if you don’t vote, they win. … For all we’ve done, for all we have yet to do, for our president and our future, for Georgia and America, cast another vote for all that President Trump has accomplished.”

Trump is scheduled to hold a rally Saturday in Valdosta where he is expected to amplify claims of Georgia election fraud that his personal attorney, Rudolph Giuliani, aired Thursday before a panel of mostly Republican state lawmakers.

Many Georgia Republicans are hoping to cut through the fraud noise by positioning Perdue and Loeffler as the last bulwark against a Democrat-dominated Washington. Their strategy has been to paint Ossoff and Warnock as too far left on the political spectrum for the state’s large conservative voting bloc.

“What they’re talking about is so far left that we may never get it back again if we lose this race right now,” Perdue said at Friday’s rally in Savannah. “We’re going to win Georgia and we’re going to save America, right?”

Democratic leaders are banking on momentum from flipping Georgia in the presidential election to carry voters back to the polls next month for the January runoffs. They have homed in on controversial stock trades by Perdue and Loeffler as evidence the wealthy senators are out of touch with average Georgians.

“We’re running against like the Bonnie and Clyde of political corruption in America who represent politicians who put themselves over people,” Ossoff said Friday. “Let’s make history and win these races and write the next chapter in American history together.”

Early voting for the Senate runoff elections starts Dec. 14. The deadline for Georgia voters to register for the runoffs is Dec. 7.