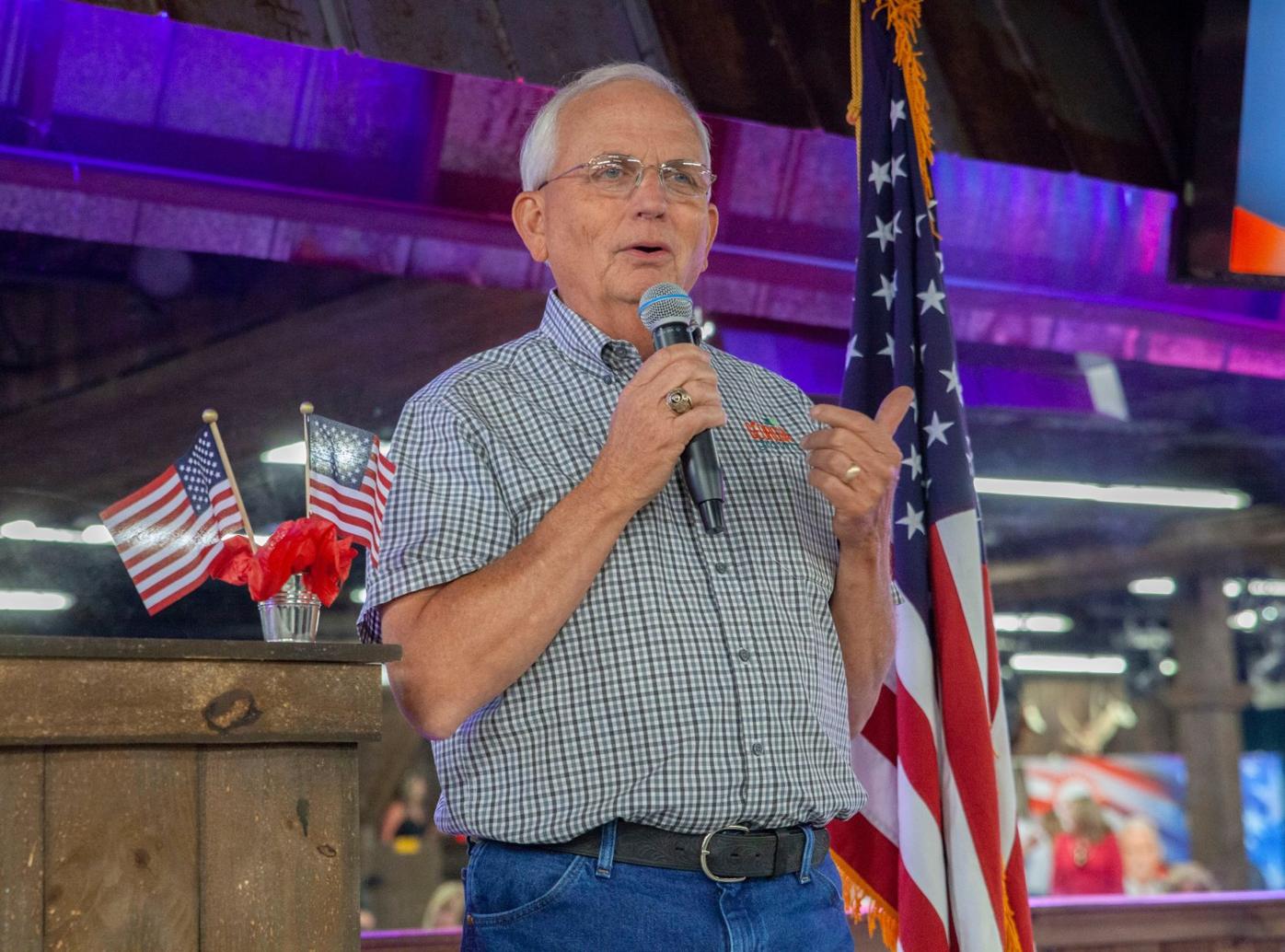 Gary Black, commissioner of the Georgia Department of Agriculture.

Gary Black, commissioner of the Georgia Department of Agriculture.

ATLANTA — U.S. Sen. Raphael Warnock, D-Ga., has drawn the most well-known Republican challenger to date to his looming reelection bid next year.

Georgia Commissioner of Agriculture Gary Black entered the 2022 Senate race Friday with a speech at the state Republican convention on Jekyll Island.

“Warnock and (President Joe) Biden promised to ‘fundamentally change America,’ ” Black told the delegates. “They’re five months into it and job growth and opportunity are down, inflation, debt and gas prices are up, (and) the Middle East is back at war.”

After heading the Georgia Agribusiness Council, Black was elected agriculture commissioner in 2010. He was reelected in 2014 and 2018, receiving more votes than any of the candidates for governor or Senate.

During his tenure, Black has made “Georgia Grown” one of the most successful marketing efforts of its kind in the nation.

He helped lead efforts in 2018 to bring state and federal aid to South Georgia farmers hit hard by Hurricane Michael and worked with the Trump administration to steer money raised by tariffs on China to expand marketing efforts in Taiwan.

Other than Black, Warnock hasn’t drawn any Republican challengers with name recognition. Two who have entered the contest are Latham Saddler, an Atlanta banking executive, and Kelvin King, a small business owner and Air Force veteran from Atlanta.

However, one of the most powerful politicians in Georgia, Republican state House Speaker David Ralston, is considering a run for the Senate.

Other Republicans weighing a challenge to Warnock include U.S. Reps. Buddy Carter of Savannah and Drew Ferguson of West Point. Trump has urged University of Georgia football great Herschel Walker to give it a go.

Former Sen. Kelly Loeffler, and former Rep. Doug Collins, who clashed in a Senate race last year eventually won by Warnock, have decided not to run in 2022.