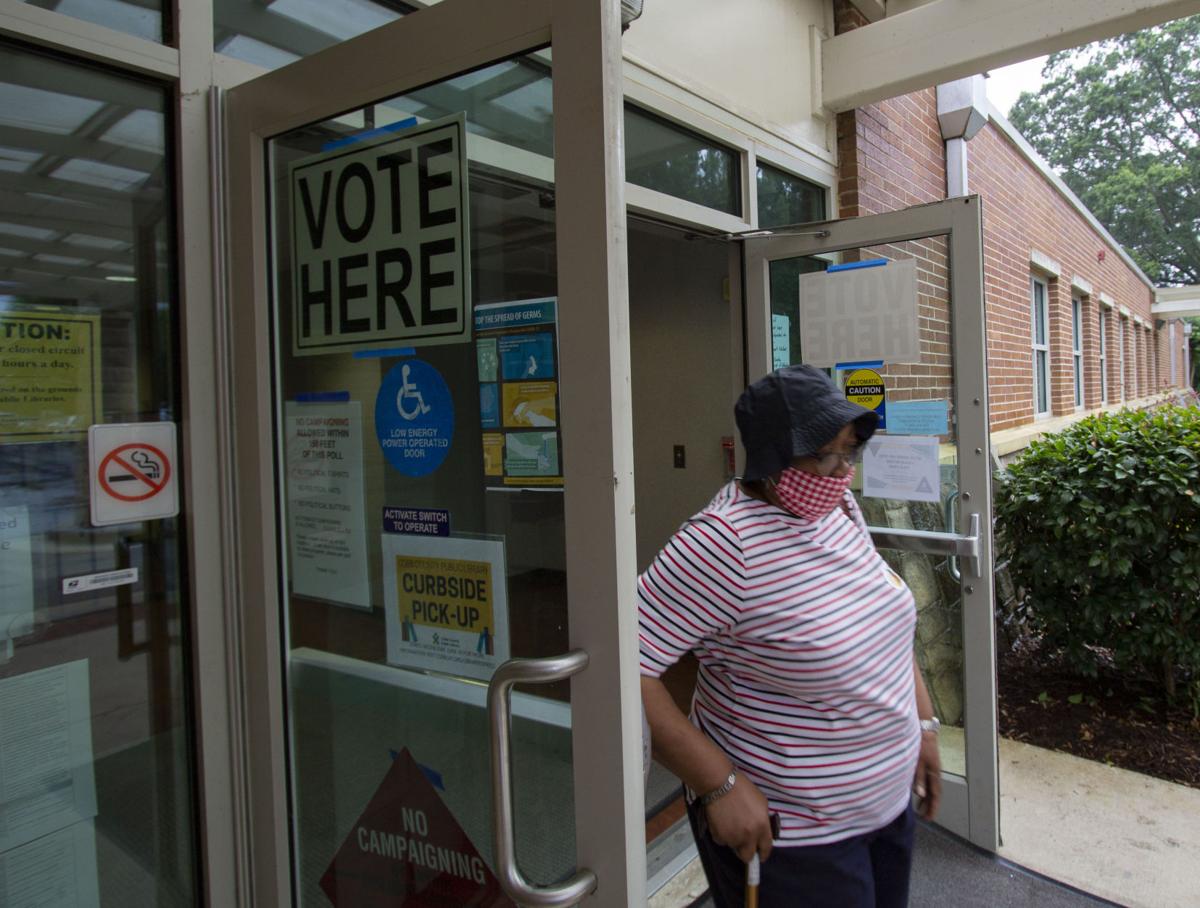 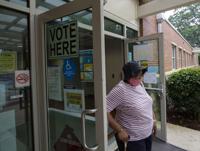 A voter leaves the South Cobb Regional Library between 7 p.m. and 8 p.m. Tuesday. The polling location was one of 19 that closed an hour later, because it had experienced a delay in opening. 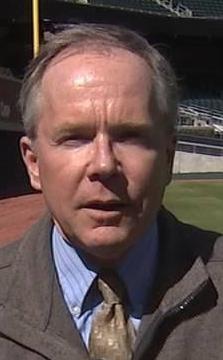 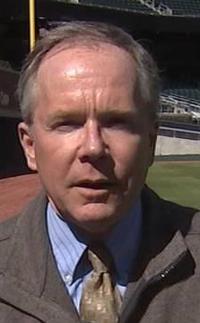 While most Cobb voting precincts on the Secretary of State’s website show they are nearly or totally complete in reporting for most local elections, Cobb elections officials say there are still thousands of absentee votes outstanding.

Cobb elections officials said Wednesday morning that results of “the majority” of the 90,000 absentee ballots either mailed in or dropped off for Tuesday’s election remain to be tallied. Work on sending in results from 70,000 of those ballots is ongoing, and counting is expected to continue through Friday.

Cobb County spokesman Ross Cavitt later said the 90,000 figure does not factor in the bins of ballots that were emptied Tuesday at 7 p.m.

“There are now an additional 20 mail trays of absentee ballots they are going through to add to the tally,” he said. “There were many more absentee ballots filled out this election compared to prior elections.”

Cavitt said as of Wednesday midday, the Secretary of State’s website only showed in-person voting results. He called the website “misleading,” because of the high percentage of precincts shown to be reporting, without consideration for outstanding absentees.

That means, even in races where it seems a clear winner has emerged or certain races may be headed to a runoff, that may not be the case when final results come in, Cavitt said.

The general election for partisan posts is on Nov. 3. Nonpartisan offices were decided in this round of voting, unless a runoff is necessary. Runoffs for partisan and nonpartisan races will take place Aug. 11.

Here are the results in some of Cobb’s highlighted races as of 6 p.m. on Wednesday. Percentages are rounded to nearest tenth:

♦ Cobb Commission District 2 Republican primary: Fitz Johnson leads with 4,747, or around 36.2% of the vote, while Andy Smith and Kevin Nicholas follow closely behind, at 4,207 (32%) and 4,163 (31.7%), respectively. The winner of the Republican primary will face Democratic nominee Jerica Richardson in November for a chance to replace outgoing Commissioner Bob Ott, who did not seek reelection.

♦ Georgia House of Representatives District 42 Democratic primary: Incumbent Teri Anulewicz holds a narrower-than-expected lead over challenger Asher Nuckolls, with 2,165 votes (54.3%) to Nuckolls’ 1,820 (45.7%). The winner of that primary will be the presumptive victor in November.

EDITOR’S NOTE: All vote counts reported in today’s edition were as of midnight Tuesday with 106 of 144 precincts in Cobb reporting. For furthe…

Another unclear outcome is that of, currently, 47,450 votes having been counted so far in Cobb County regardung whether or not Donald J Trump should be the Republican nominee for President of the United States, all 47,450 voters said yes. Not one solitary soul in the entire country abstained. THIS guy. Not one abstention. I'd say something is very, very clearly broken. Same for Perdue. Not one single voter as of yet is reported to have declined to pick Perdue. Trump was actually right for once: It's rigged!

Don’t worry Stacey Abrams will be crying voter fraud. Oh yes isn’t she the candidate that lost and never admitted it. So who paid off her credit card bills and student loans ?