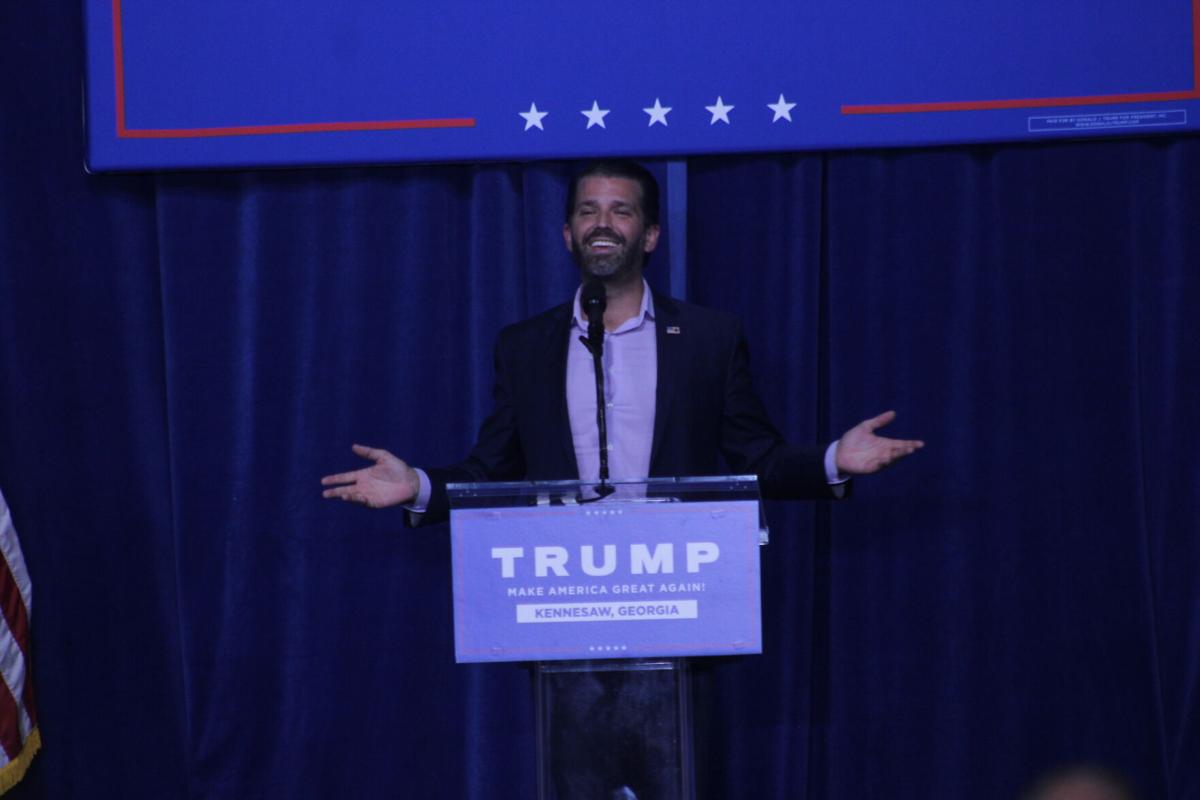 Donald Trump Jr. speaks to an audience of his father’s supporters at a campaign rally at the Governors Gun Club near Kennesaw. 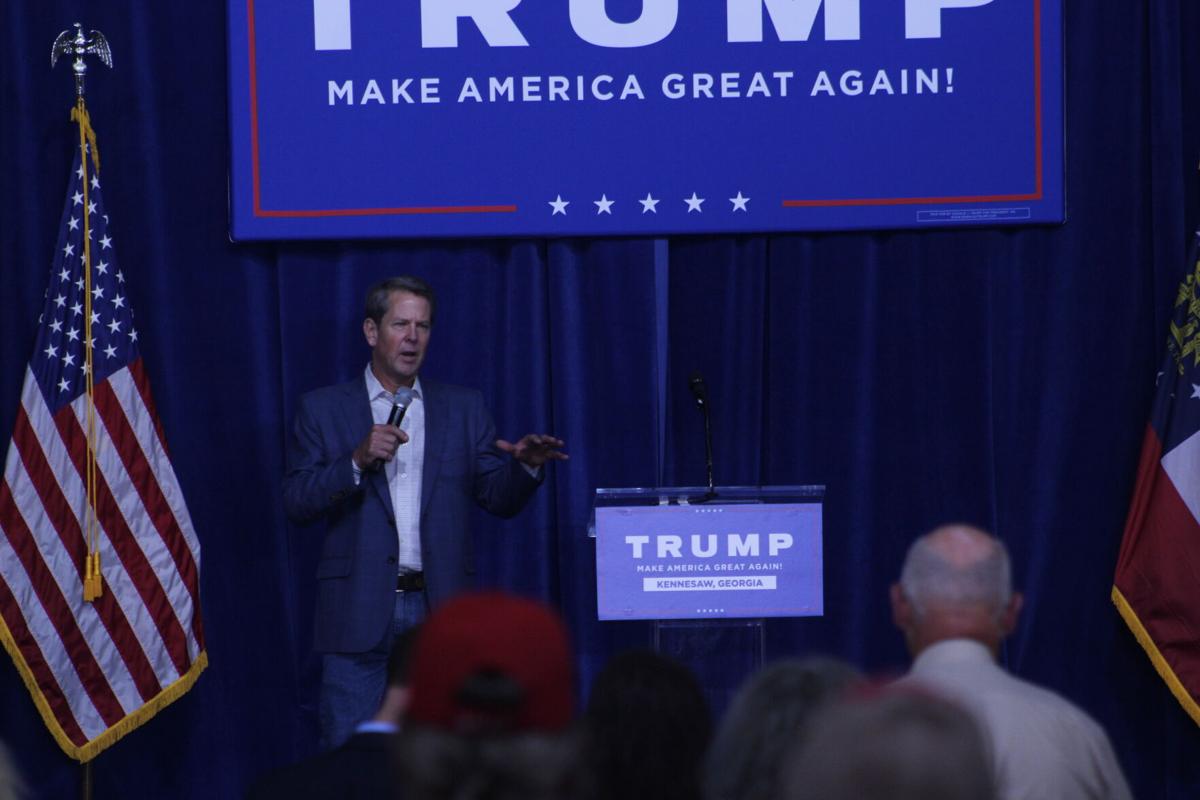 Gov. Brian Kemp speaks at a rally for President Donald Trump’s reelection campaign, touting the president’s record on the economy.

Donald Trump Jr. speaks to an audience of his father’s supporters at a campaign rally at the Governors Gun Club near Kennesaw.

Gov. Brian Kemp speaks at a rally for President Donald Trump’s reelection campaign, touting the president’s record on the economy.

KENNESAW — Supporters of President Donald Trump were urged to not just vote for the president’s re-election, but to convince others to do so at a campaign rally in Cobb on Monday night.

The event, headlined by Donald Trump, Jr., saw about 500-600 people at the Governor’s Gun Club near Kennesaw, according to the club and police working around the event.

Trump Jr., Gov. Brian Kemp and other guests praised the president’s record, including on the economy, despite the economic downturn caused by COVID-19.

He praised his father’s business background and credited him with the recent U.S.-brokered peace deal between Israel and the United Arab Emirates.

“Donald Trump has been successful because he’s been willing to take on the establishment. He doesn’t just buy into the norms,” his son said to loud applause from the audience.

Ralph Graves, a roofing contractor from Dallas, walked away from the rally excited, he told the MDJ.

“I think (Trump Jr.) was straight up and he was honest,” he said. “He’s not rehearsed. This is good stuff.”

No masks, no distancing, just another day at a Trump superspreader event. What the is going on with you people?

Go to your safe zone and cry.

Mike, maybe instead of another foolish stereotype you can explain gatherings without masks or distancing to those at risk. It’s about the spread to others. Maybe you missed that.

Foolish stereotypes coming from you!, hilarious.

AROUND TOWN: Unhelpful advice, veggies to-go, watch out for deer

The Latest: Zeta flooding on Mississippi Coast: 'It's bad'