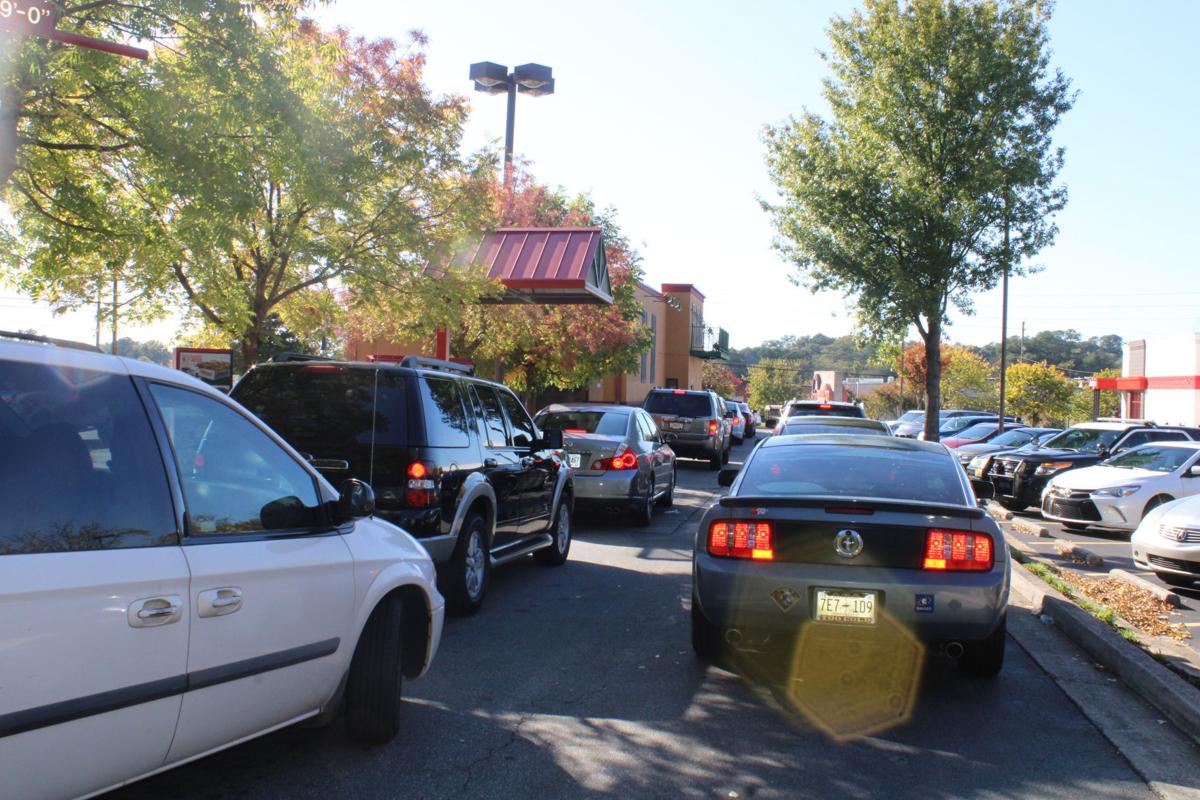 Two lines of cars wrap around the Popeyes on Cobb Parkway in Marietta shortly after the reintroduction of the chicken sandwich. 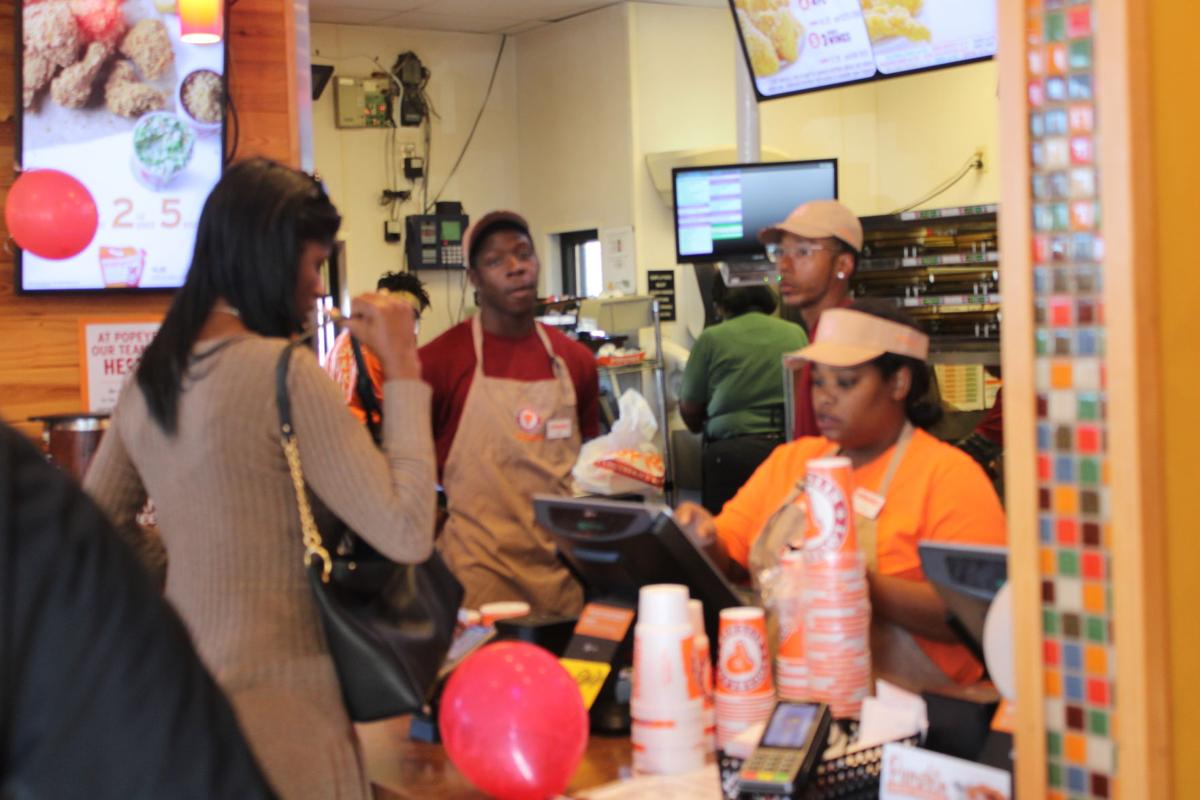 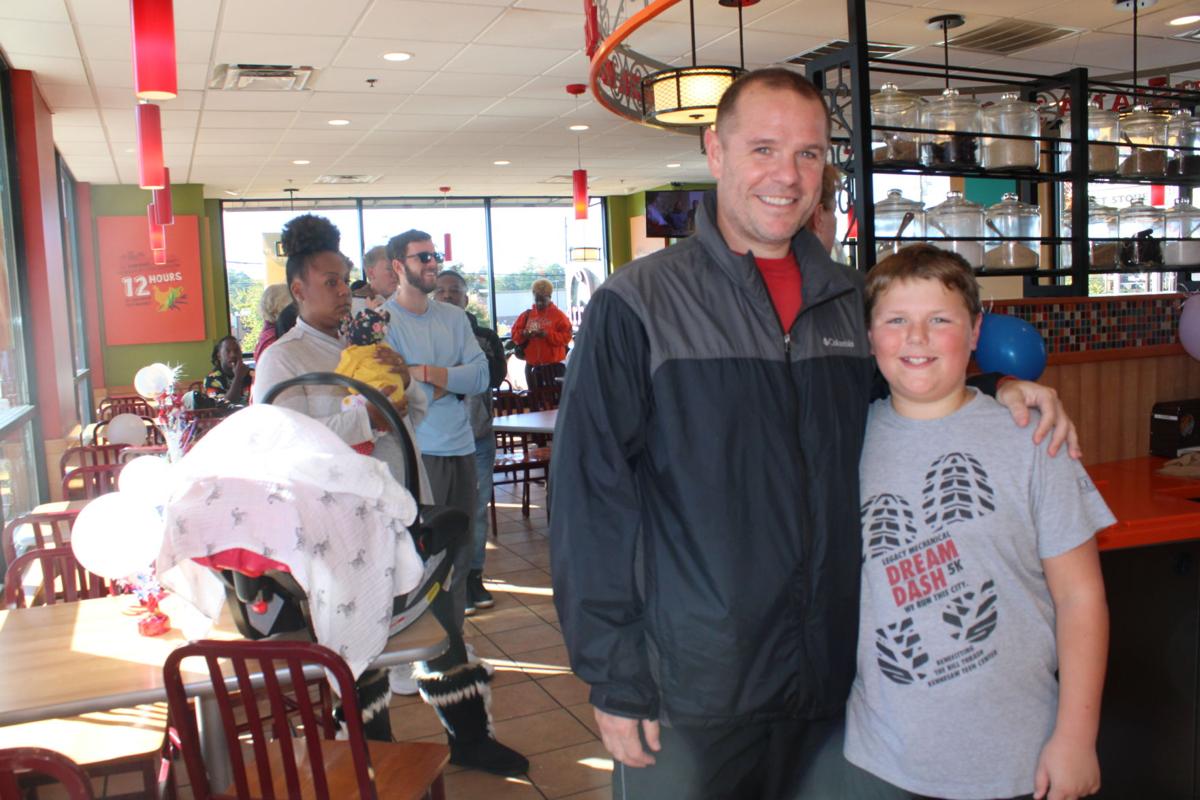 Kevin New, a bank employee from Marietta was near the front of the line with his son, Hunter a 4th-grader at Mt. Paran.

Two lines of cars wrap around the Popeyes on Cobb Parkway in Marietta shortly after the reintroduction of the chicken sandwich.

Kevin New, a bank employee from Marietta was near the front of the line with his son, Hunter a 4th-grader at Mt. Paran.

The sandwich sold out nationwide in just two weeks, and word of mouth alone brought in $23 million in free advertising for Popeyes, according to the International Business Times.

On Sunday, the sandwich came back, and the folks at Popeye’s HQ learned America still has an appetite for the sandwiches.

Media around the country reported long lines at Popeyes locations, and Marietta was no exception. The Popeyes on Cobb Parkway near the Big Chicken had a line of cars that wrapped around the building. A Marietta Police officer stood in the lot and directed traffic. At about 2 p.m., the officer told drivers they were looking at about a 90-minute wait – and that was low compared to lunch time.

Some of the would-be sandwich eaters drove off, presumably to find a sandwich elsewhere, but more decided to wait in the line. Among them was Tre Holmes, a lab technician from Memphis. Holmes said he missed his chance the last time the sandwich came out, and after hearing buzz on social media, he wanted to try it for himself.

Inside the restaurant, things seemed to be moving faster. Kevin New, a bank employee from Marietta, was near the front of the line with his son, Hunter, a 4th grader at Mt. Paran. New said the two had been waiting between 20 and 30 minutes.

“The line they had the last time it came out was really long, so when they offered it back up, we wanted to come try it,” he said. “We just got done with a lacrosse game, so we intentionally came here because we knew it came out today. I hope it’s worth the wait.”

If you want to try the viral chicken sandwich but don’t want to wait, take heart. Popeyes has said they do not anticipate running out this time.

Linale man charged in the traffic death of mother, son

Georgia to give counties $6M to repair flood-damaged roads

Charge: Man wrote $588K in checks to self from employer