Log In Register
You have permission to edit this article.
Edit
People + Profiles
Columns
Food + Dining
Home + Garden
Wellness + Fitness
The Best of Cobb
Share This
1 of 6 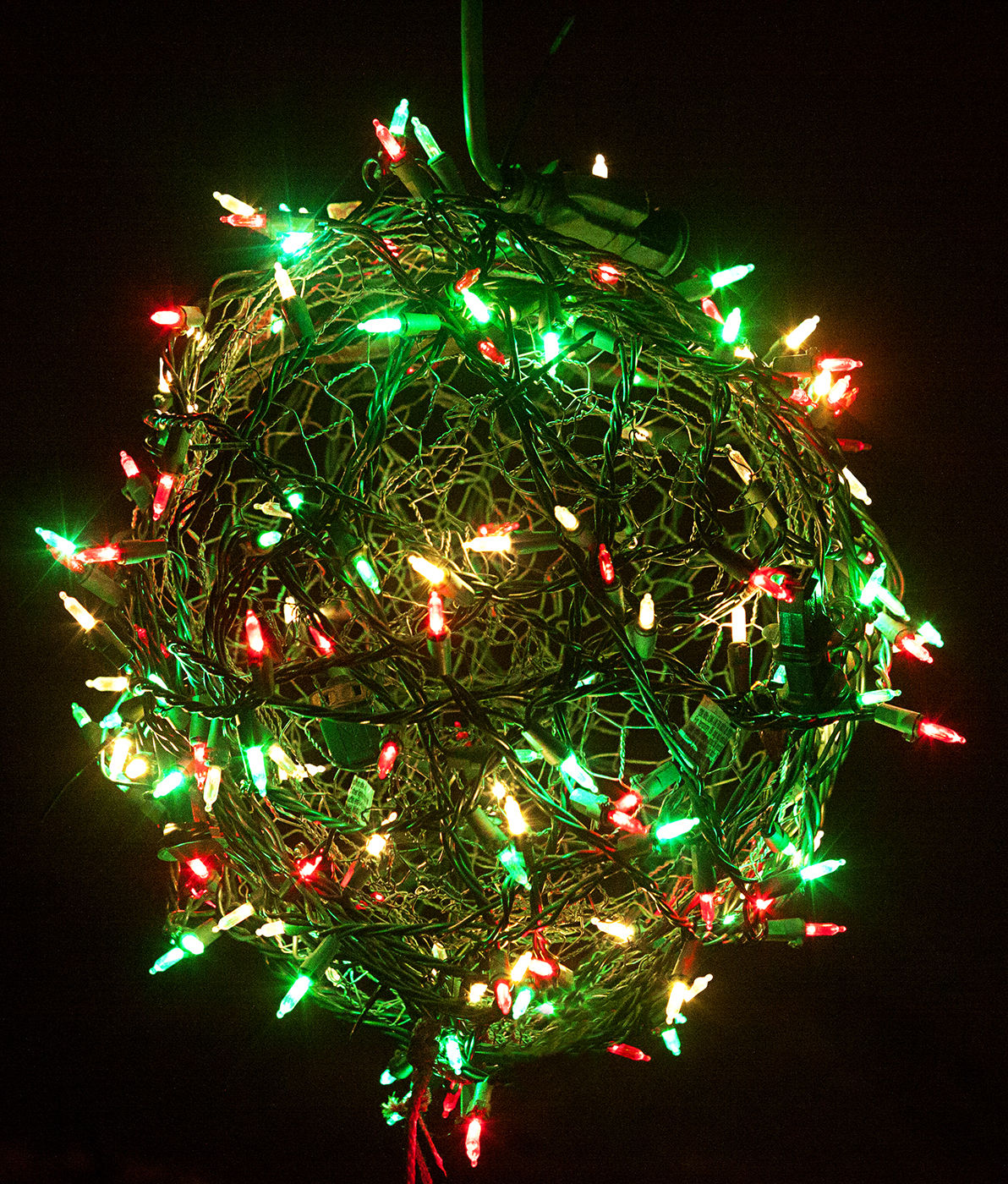 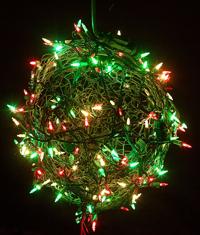 Lighted Christmas balls made with chicken wire rolled like a tube and weaved together to form a sphere decorate the neighborhoods along Maple Avenue and Kennesaw Avenue near the Marietta Square during the holiday season. (Photo / Katherine Frye)

Lighted Christmas balls decorate the neighborhoods along Maple Avenue and Kennesaw Avenue near the Marietta Square during the holiday season. (Photo / Katherine Frye) 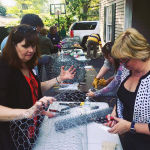 Lighted Christmas balls made with chicken wire rolled like a tube and weaved together to form a sphere decorate the neighborhoods along Maple Avenue and Kennesaw Avenue near the Marietta Square during the holiday season. (Photo / Katherine Frye)

Lighted Christmas balls decorate the neighborhoods along Maple Avenue and Kennesaw Avenue near the Marietta Square during the holiday season. (Photo / Katherine Frye)

They are magical. For anyone who has experienced the spheres of light angelically floating in the trees in and around the Historic Marietta Square during the past few holidays, magical is the first word that comes to mind.

In early November, as thoughts of sugar plums start to dance in everyone’s heads, spheres of lighted Christmas balls are artistically and strategically placed on Maple Avenue and the surrounding area off Kennesaw Avenue near the Square.

The local tradition is complements of Susan Reid, a Marietta resident who first saw the idea while attending graduate school at the University of North Carolina – Greensboro. The spheres of light concept originated in Greensboro’s Sunset Hills neighborhood, an area filled with huge trees that served as the ideal home for a holiday treatment of lights.

Reid, whose friends lived in the neighborhood, remembered thinking how festive and beautiful the decorations were. So, after moving to Marietta in 1998, she visited the idea of starting her own lighted tree tradition. It wasn’t until her family purchased their second home on Maple Avenue that she had the perfect set up to string up the lights.

After convincing her husband to launch the lines (the promise of a potato gun made from PVC pipe did the trick), the tradition was set into motion.

“The first year was just us,” Reid said. “We were experimenting and had no idea how hard it would be or if people would respond.”

Initially, it took the Reid family a long time to figure out what to use as a propellant, which goes on the end of the line and is used as a weight. They ended up using a plastic vitamin jar with sand in it.

There are essentially two steps to the process (if you’re interested, check out the YouTube video by searching for “How to Make Lighted Balls”). The first is crafting the circular spheres out of chicken wire and covering them with lights. The second is getting them up in the trees.

“Neighbors use all sorts of techniques,” Reid said. “Some use throwing, others stand on the roof and toss, while others build or buy a potato gun to send a line up through the trees and over a branch.”

In the end, you essentially create a big circle of fishing line. The sphere gets attached and is hoisted into the tree with a very long extension cord that supplies the power.

“It’s unlike anything you’ve ever seen,” said Sarah Bullington, one of the first neighbors to join in on the tradition. “We have almost everyone on Maple Avenue, from Kennesaw to Winn, with at least one orb in their trees. It has really spread to surrounding houses. I love to see the real high ones that you can see from three streets away.”

Every year, the throng of participants grows, with more than 70 families lining the streets to toss their lines.

“I think it’s a holiday staple because people look forward to it all year,” Bullington said. “It’s so different from anything else around. We will be adding more lights this year. We try to add more and more every year. Marietta Power just loves Maple Avenue.”

If you’re looking to add a tradition to your holiday to-do list, Reid encourages you to consider lighted balls. “We did not know that people would get so excited about it,” she said. “Now, Sarah hosts a a pot luck dinner to train and show our neighbors how to make and install the spheres.”